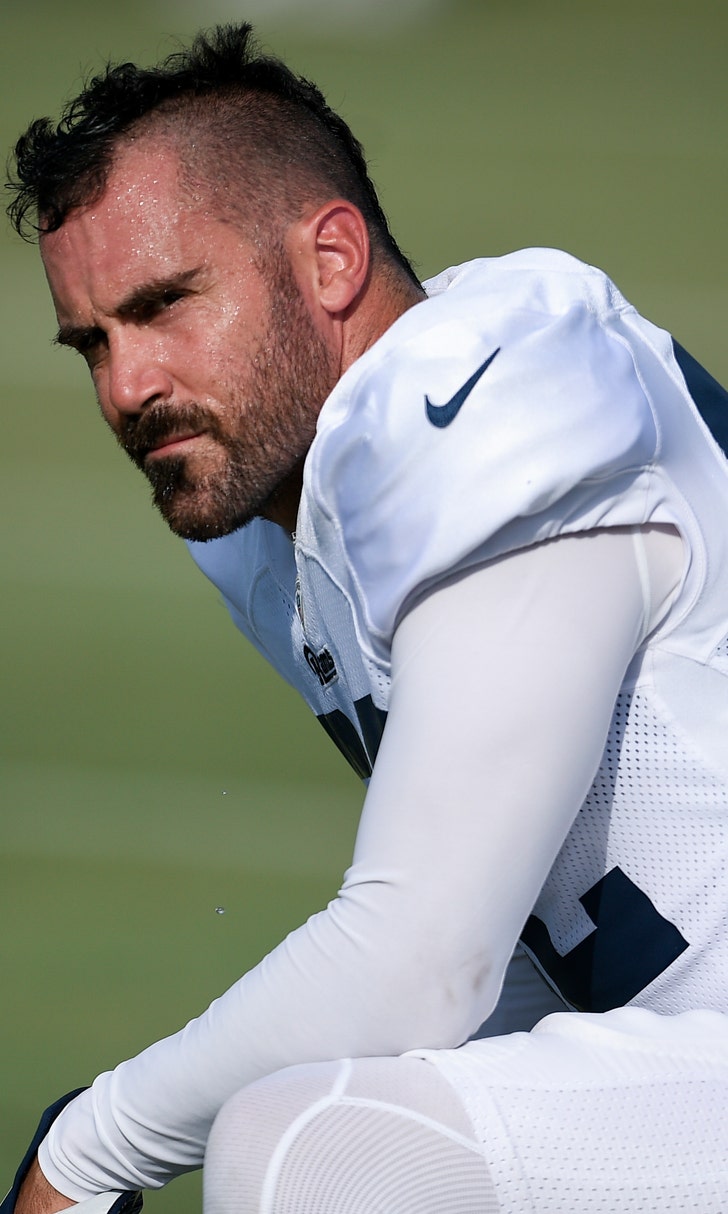 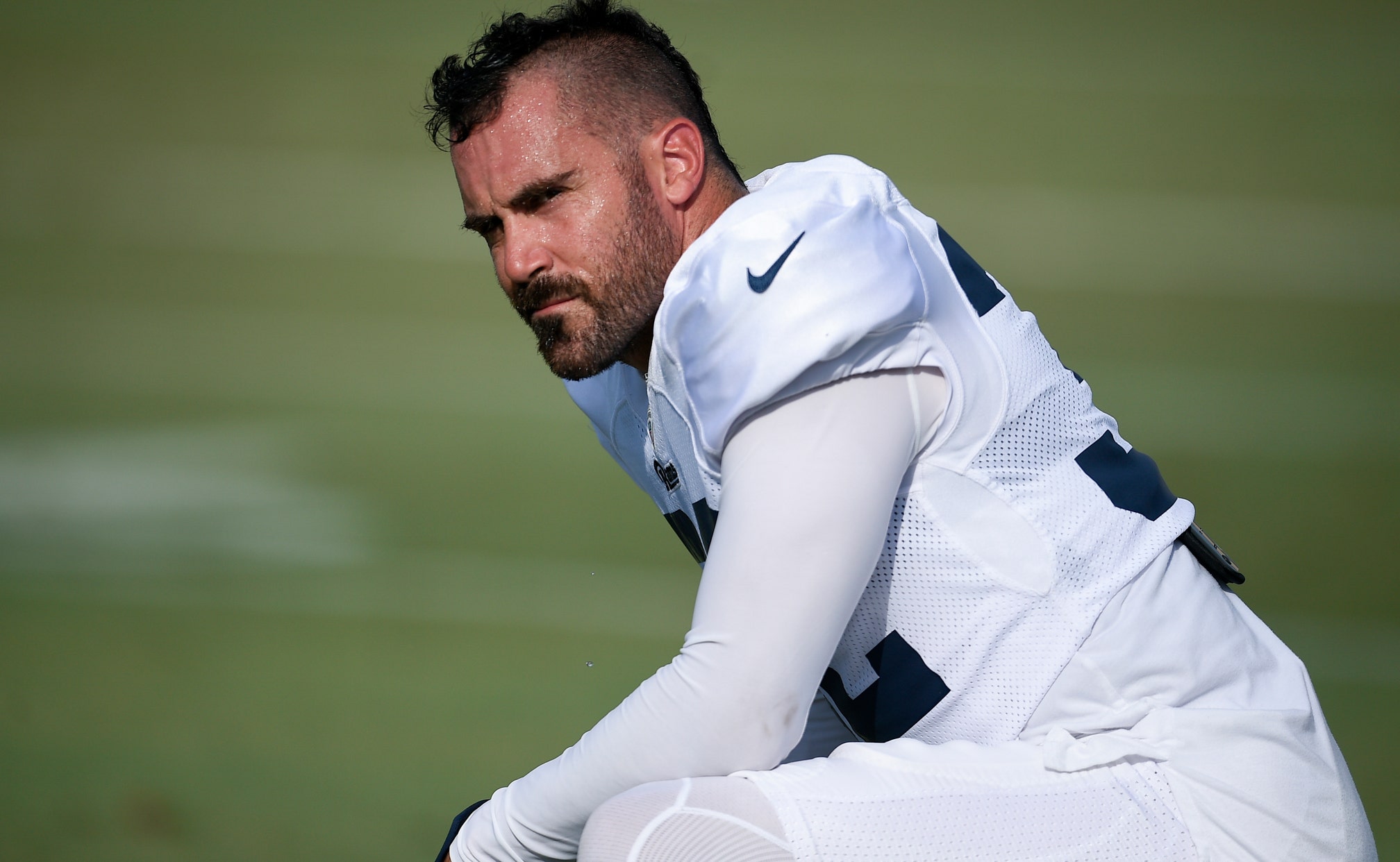 Rams starters jump into game prep after taking preseason off

THOUSAND OAKS, Calif. (AP) — Eric Weddle is one of the most durable safeties of his generation, and he never sat out an entire preseason in the first 12 years of his NFL career.

Weddle and nearly every Rams starter didn't participate at all in the just-completed preseason, and they won't get their first real game action together until Sunday in their regular-season opener at Carolina.

The veteran safety appears to be meshing splendidly with his new teammates, but Weddle truly won't know how they all fit together until they finally get on the field for the first time.

"I know for me personally, there are some benefits of playing (in the preseason), but the benefits don't outweigh the negative enough to chance it," Weddle said. "With the way we practice, the way we compete, it's as game-like as it can be with the low risk of injury. You'd hate to lose a guy playing in one preseason game. You'll get your timing down in a quarter or two, and you'll be right back in the rhythm. We've had great work, though. We've pushed each other to the limit."

McVay kept his entire offense out of the 2018 preseason, preferring to preserve his players' health at the expense of potentially beneficial experience. His extreme measures were met with a few raised eyebrows, but then the ostensibly rusty Rams starters went 8-0 and steamrolled the NFC West before reaching the franchise's first Super Bowl in 17 years with one of the healthiest teams in the league.

Much of the NFL edged toward adopting McVay's philosophy last month, with many teams playing their key starters far less than in previous preseasons.

The Rams started game preparations Monday with almost every significant expected contributor in good health. That was the goal when McVay decided to avoid the preseason again, preferring to keep his players fresh for the grind of defending an NFC championship.

"There's a difference in the preparation and the way that we're approaching things right now," McVay said Monday. "We're focused on this year. I think our guys have done a great job of having that singular focus on just producing in the present."

The Rams' only big injury in the preseason happened to linebacker Micah Kiser, a backup last season projected to be a starter this fall before he injured his pectoral muscle and required season-ending surgery. Because he was trying to cement his new role on the defense, Kiser was one of the few key players who suited up in the preseason.

Los Angeles' starters didn't go without competition in August. They held joint practices with the Oakland Raiders and the crosstown Chargers, and McVay staged a handful of practice scrimmages for his team with officials and game-like conditions.

But the revamped defensive lineup has yet to be in a real game, and the offensive line still hasn't tested its two new starters. Center Brian Allen and left guard Joe Noteboom will make their first NFL starts Sunday.

"I think people are going to say we haven't played, or stuff like that," Allen said. "It's not going to be an excuse. We're going to be ready for Sunday, and we've been going live against our defense all camp. The Chargers, the Raiders, we've got action against other teams at a live pace. It's not like we haven't been playing football."

Noteboom said the offensive linemen have an advantage in practice preparation: They have to face Aaron Donald, the back-to-back AP Defensive Player of the Year.

"When you go into a game, you know it's going to be easy because you're not going to see anyone better than him," Noteboom said.

NOTES: The Rams put backup LB Justin Lawler on injured reserve Monday after initially keeping him on the 53-man roster. The procedural move means Lawler can return from foot surgery after the first eight weeks of the season. ... Los Angeles signed C Coleman Shelton to the active roster in Lawler's place. Shelton, the ninth offensive lineman on the 53-man roster, was cut by the Arizona Cardinals last weekend. He is a Pasadena native who played at Loyola High School near downtown Los Angeles. Shelton said he was pleasantly surprised to hear from the Rams: "You never know who has been watching you on (video)." Shelton is the fifth University of Washington product on the roster, joining his former teammates Marcus Peters, Cory Littleton and rookies Taylor Rapp and Greg Gaines.

The Rams Are Rollin' In The NFC West
Jared Goff and the Los Angeles Rams are shining bright at the perfect time of year, Martin Rogers writes.
5 hours ago

Herd Hierarchy: Week 12
It's a bloodbath in the latest "Herd Hierarchy," where Cowherd has tossed out four top 10 teams from last week.
2 days ago

Rams Defense Dominates Brady On MNF
The clutch Brady of old was nowhere to be found Monday. Instead, Sean McVay's squad simply made the Bucs QB look old.
4 days ago