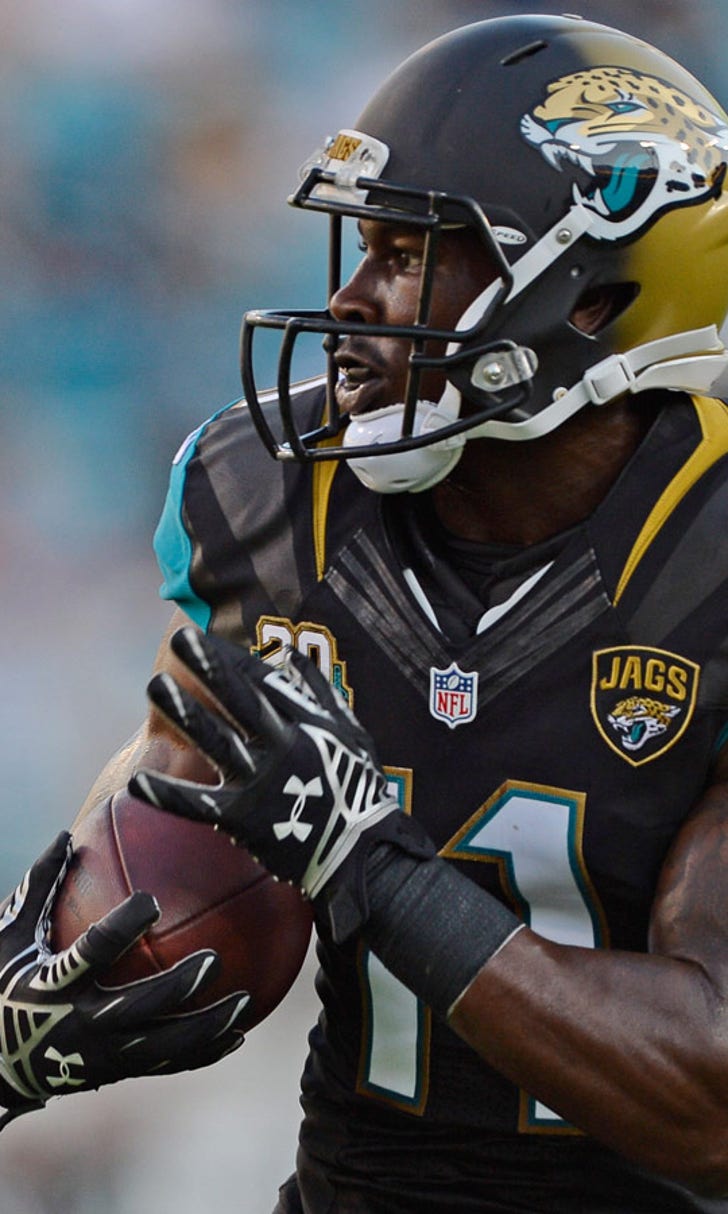 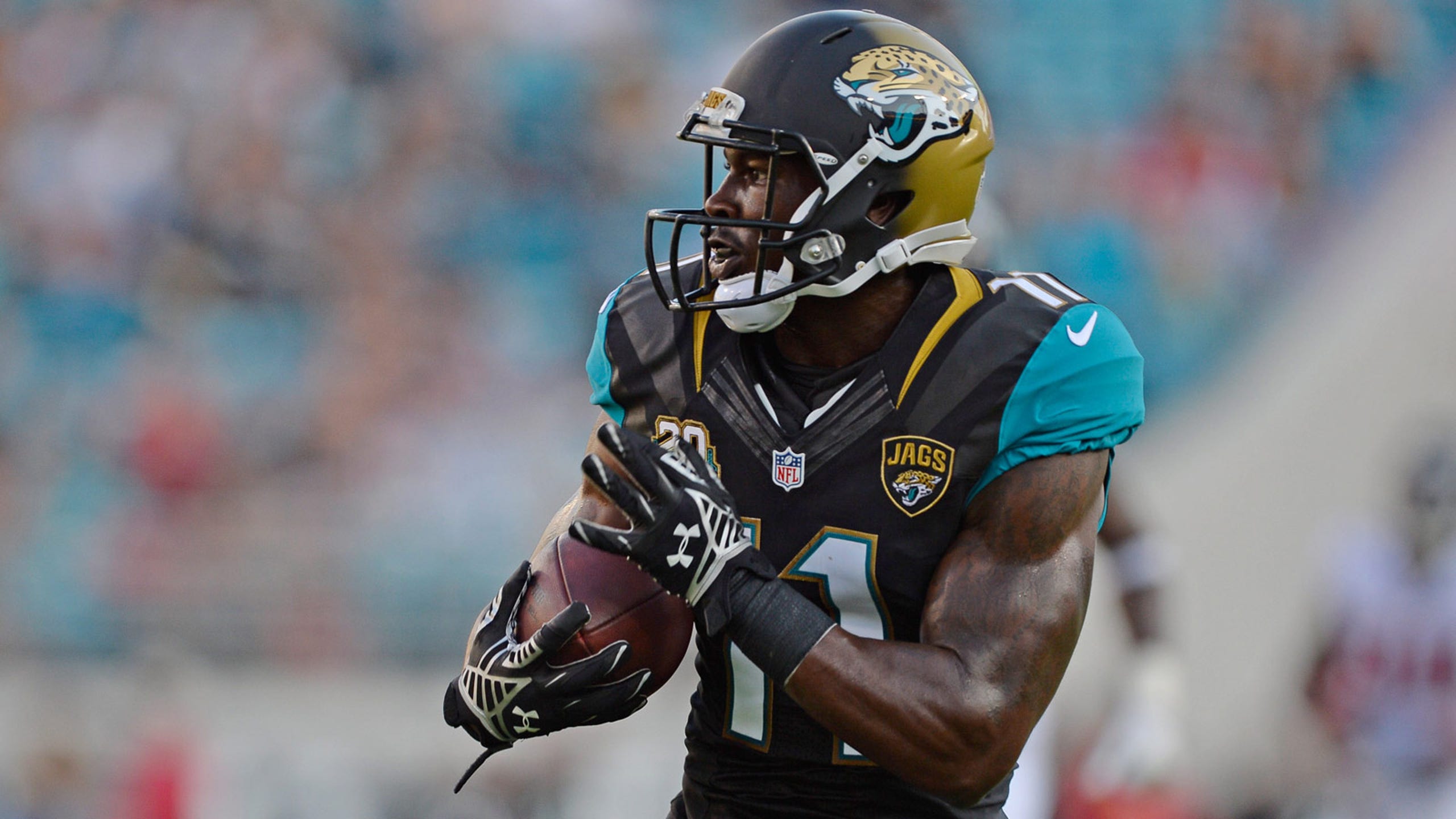 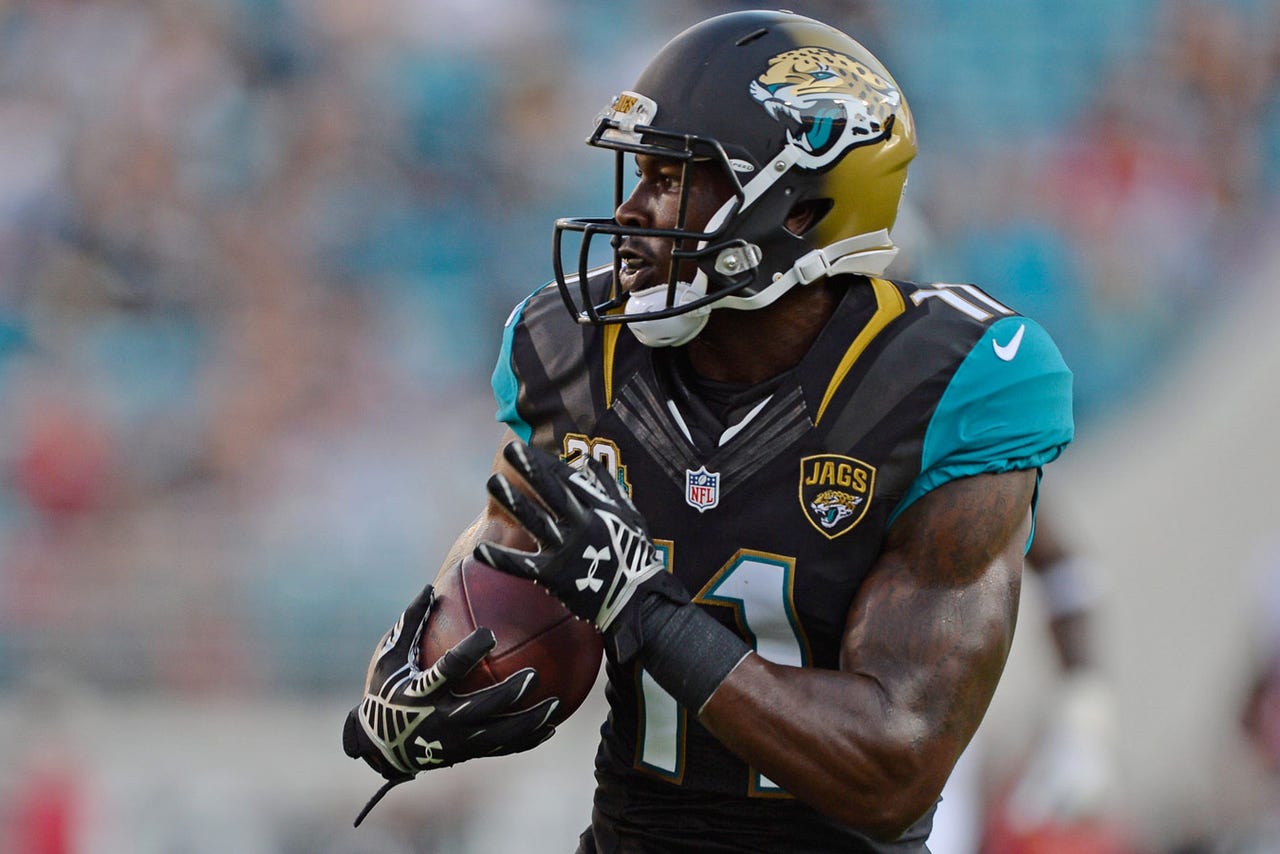 Jacksonville Jaguars wide receiver Marqise Lee continues to battle a hamstring injury that has kept him on the sidelines since the team's Week 3 loss to the New England Patriots.

As the Jaguars return from the bye and begin preparation for next Sunday's game against the New York Jets, the second-year receiver's status remains uncertain.

On thing that is clear, however, is the team still envisions Lee playing a prominent role in the offense. This despite his prolonged absence and the fact that fellow second-year receivers Allen Hurns and Allen Robinson are both on pace for more than 1,000 yards receiving.

"Marqise, obviously, has a different dimension that we’re missing right now,” Jacksonville general manager Dave Caldwell said, per the Florida Times-Union. “He has the ability to change the way defenses play us because he can stretch the field, he has dynamic speed and he can take a five-yard slant and take it 80 yards.

“He’ll be in there in terms of a rotation with (Robinson and Hurns) in some of our three-wide sets.”

A second-round pick in 2014, Lee has three receptions for 40 yards in two games this season.

On The Move
Betting on where stars such as Deshaun Watson will land is the new trend. But how are the odds set? Sammy P asked the experts.
6 days ago
those were the latest stories
Want to see more?
View All Stories
Fox Sports™ and © 2021 Fox Media LLC and Fox Sports Interactive Media, LLC. All rights reserved. Use of this website (including any and all parts and components) constitutes your acceptance of these Terms of Use and Updated Privacy Policy. Advertising Choices. Do Not Sell my Personal Info