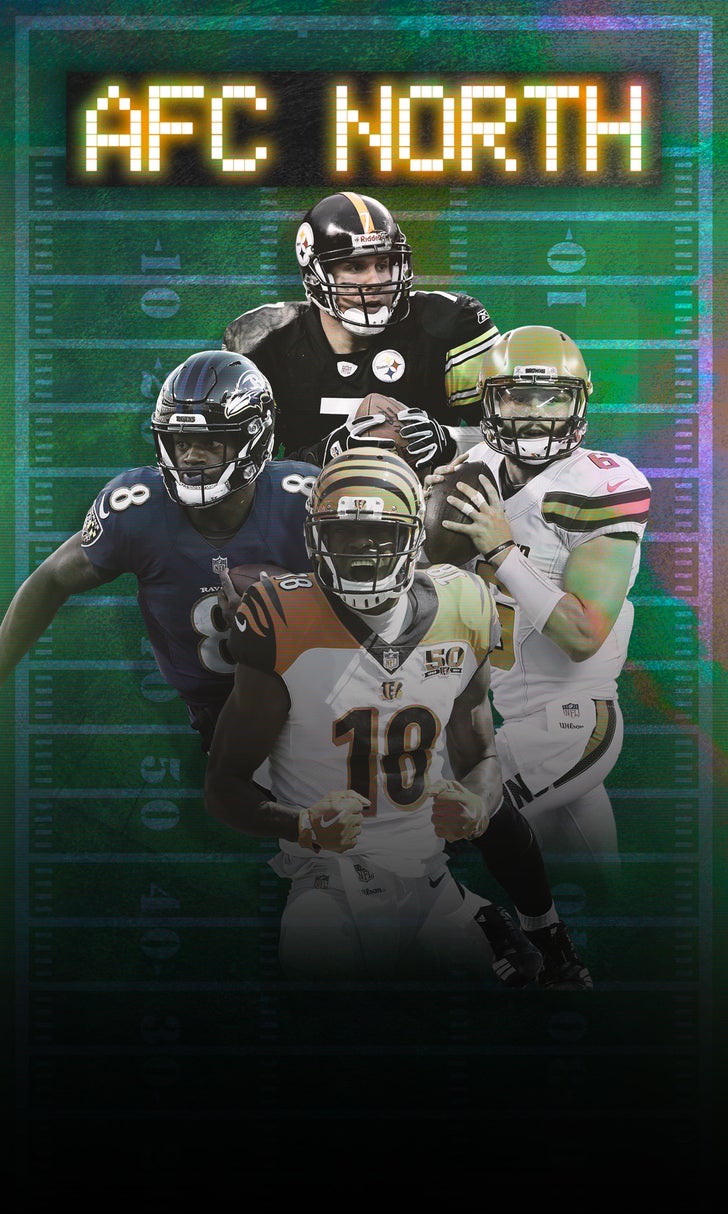 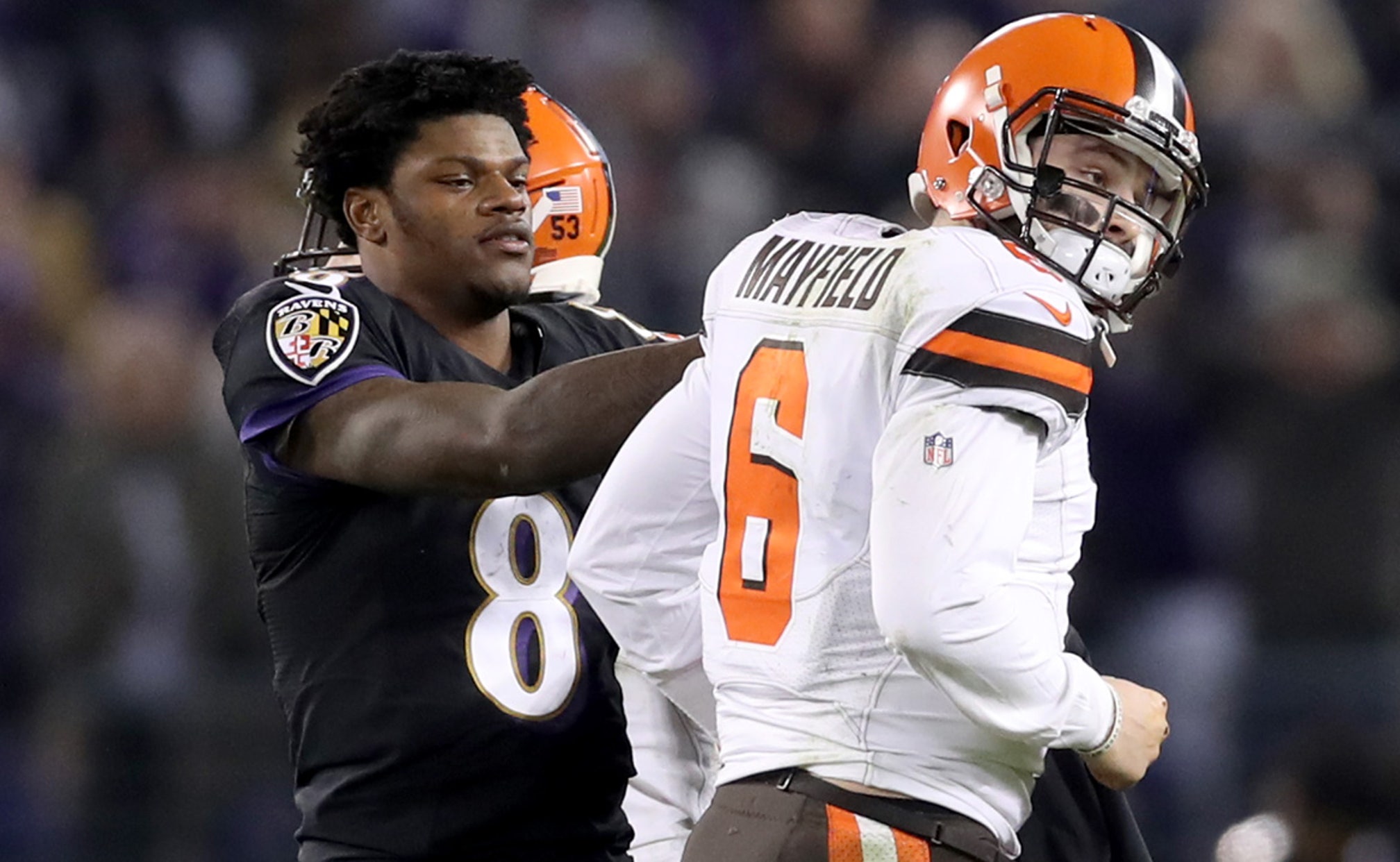 After a wild offseason in which the best QB in NFL history (Tom Brady) changed teams, two of the best receivers in the sport (DeAndre Hopkins, Stefon Diggs) were traded, one franchise moved (Las Vegas Raiders), and a pandemic set the stage for a season unlike any other, what should your approach be to gambling on all 32 teams?

We're here to help — running through every team in every division with a few trends you need to know, picks on season win totals and chances to make the playoffs, and much more in "Fade or Follow." Today, it's the AFC North. 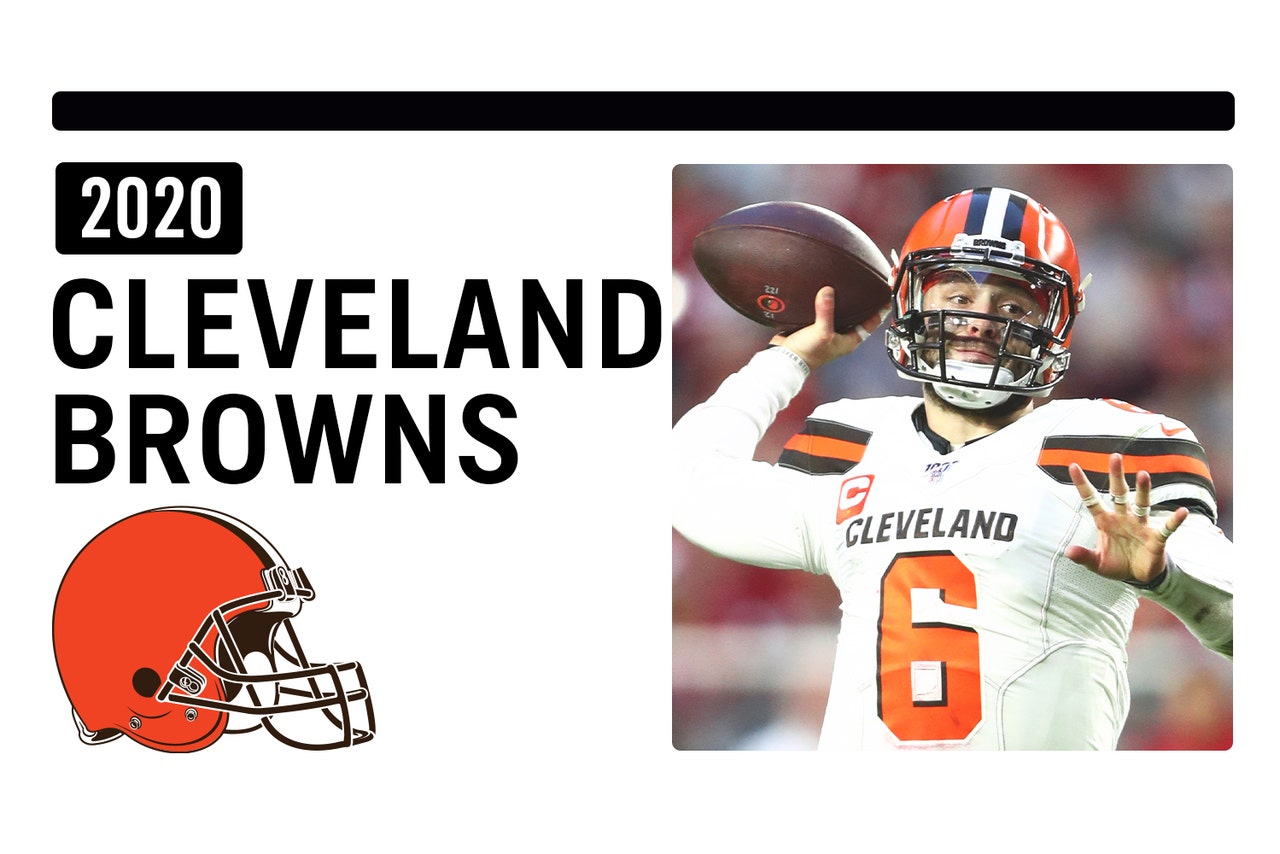 Why they can be profitable: Browns +550 to win the AFC North is an interesting wager if you believe new head coach Kevin Stefanski can take his offensive concepts and apply them to a flotilla of skill position players that sputtered in 2019.

Ominous trend/fact:  Baker Mayfield struggled mightily in the red zone, rating 27th in pass efficiency, while the run defense was the worst in the NFL on 1st down last year, giving up 5.66 yards per carry.

2020 Over/Under: 8.5. One of my favorite overs on team totals. The Stefanski upgrade over Freddie Kitchens is worth at least two wins. If he implements the Vikings' offensive schemes, the Browns should have a monster offensive season, certainly enough to overcome what should be a league-average defense.

To make the playoffs: Yes (+137). The Browns have missed the playoffs for 17 straight years, and that ends in 2020. With the 3rd easiest schedule in 2020, plus a new head coach and two new tackles to protect their much-maligned No. 1 pick, everything is set up for Baker Mayfield to have the season many thought he would last year. The Browns face four of the five worst teams based on win totals (Jaguars, Giants, Bengals twice, Washington).

Fade or follow verdict: Follow. They went 2-4 in one-possession games last year, and much of that was the bad combination of Mayfield and Kitchens. The Browns' secondary, led by Denzel Ward, should be radically improved thanks to adding Karl Joseph and Andrew Sendejo in free agency and drafting Grant Delpit.

RB Nick Chubb in the Dalvin Cook role for Stefanski should be a perfect fit, as Chubb led the NFL with 11 carries of 20+ yards, and he was second in the NFL in broken tackles (74). Give me all the Chubb props. 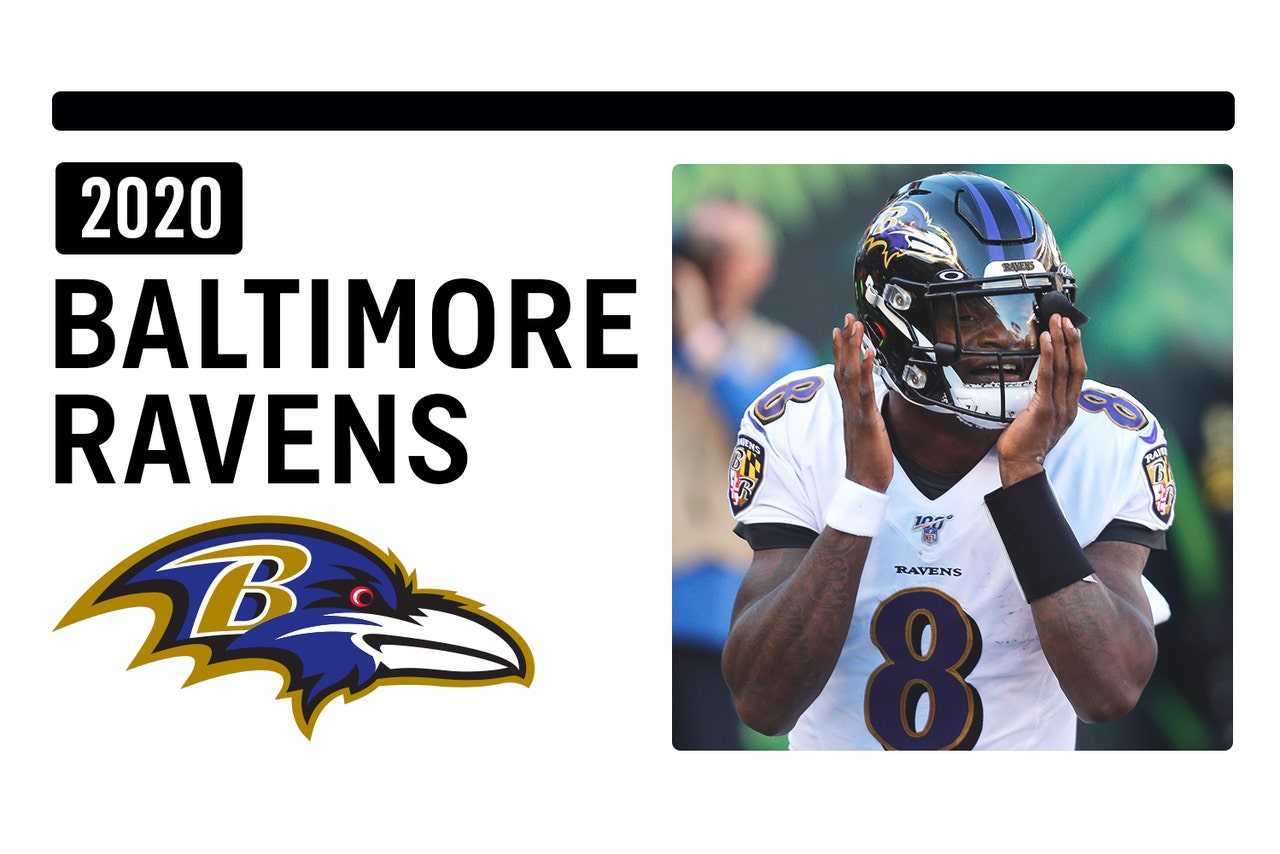 Why they can be profitable: Do we expect one of the greatest offenses in NFL history to just … fall off a cliff? They led the league in points, yards, plays, and time of possession per drive, and the run game was historically great (5.53 yards per carry). They added Ohio State star RB JK Dobbins in the draft. Lamar Jackson won the MVP at age 22; Peyton Manning was a rookie who threw 28 interceptions and won three games at age 22.

Ominous trend/fact: The loss of all-pro guard Marshal Yanda can’t be underestimated, after the Ravens had the healthiest offense in the NFL in 2019. Everything broke right for Baltimore — their receivers only dropped 4.6% of catchable passes, 2nd lowest in the NFL. Will that continue?

To make the playoffs: Yes (-650). Let’s not go crazy here. John Harbaugh has had 1 losing in 12 years coaching the Ravens. Still, there’s no real value here.

Fade or follow verdict: Fade. Ravens lines will be inflated throughout the season because the public bets offense and stars. And some regression is coming to a team that was +10 in turnovers, went 5-1 in one-possession games, and has four of six new starters in their defensive front. 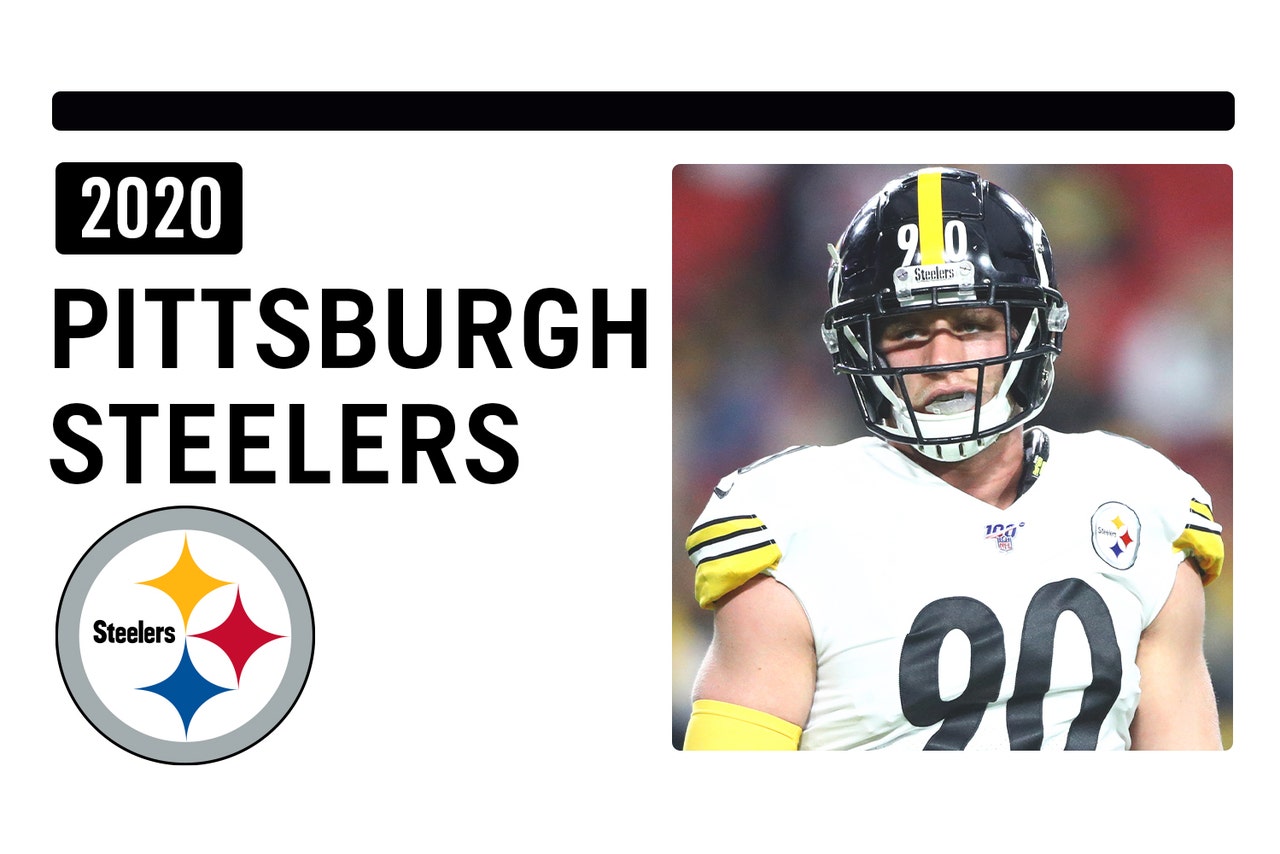 Why they can be profitable: The defense, after trading for Minkah Fitzpatrick, emerged as perhaps the best in the NFL by season’s end. The Steelers were 31st in red zone rushing and 31st in goal-to-go rushing last season because nobody respected their passing game. The return of Ben Roethlisberger, and a healthy James Conner should change all of that.

Ominous trend/fact: The veteran offensive line began to show signs of wear and tear and struggled to create holes for the run game, as 23% of runs were stuffed at or behind the line of scrimmage, which was 2nd worst in the NFL. If they’re unable to improve, coupled with the mobility struggles of 38-year old Roethlisberger, the offense could sputter again.

To make the playoffs: Yes (-133). The Steelers could finish as high as 3rd in the AFC, so if you’re feeling risky, some pizza money on Pittsburgh +1000 to win the AFC could net a very profitable result in January.

Fade or follow verdict: Follow. Roethlisberger set career-highs in yards (5,129) and TD passes (34) in 2018 while leading the NFL in a host of passing categories. He’s the favorite to win Comeback Player of the Year (+275) and his TD pass total (27.5) feels low if you like his receiving group (JuJu Smith-Schuster, James Washington, Diontae Johnson, rookie Chase Claypool) as much as I do. 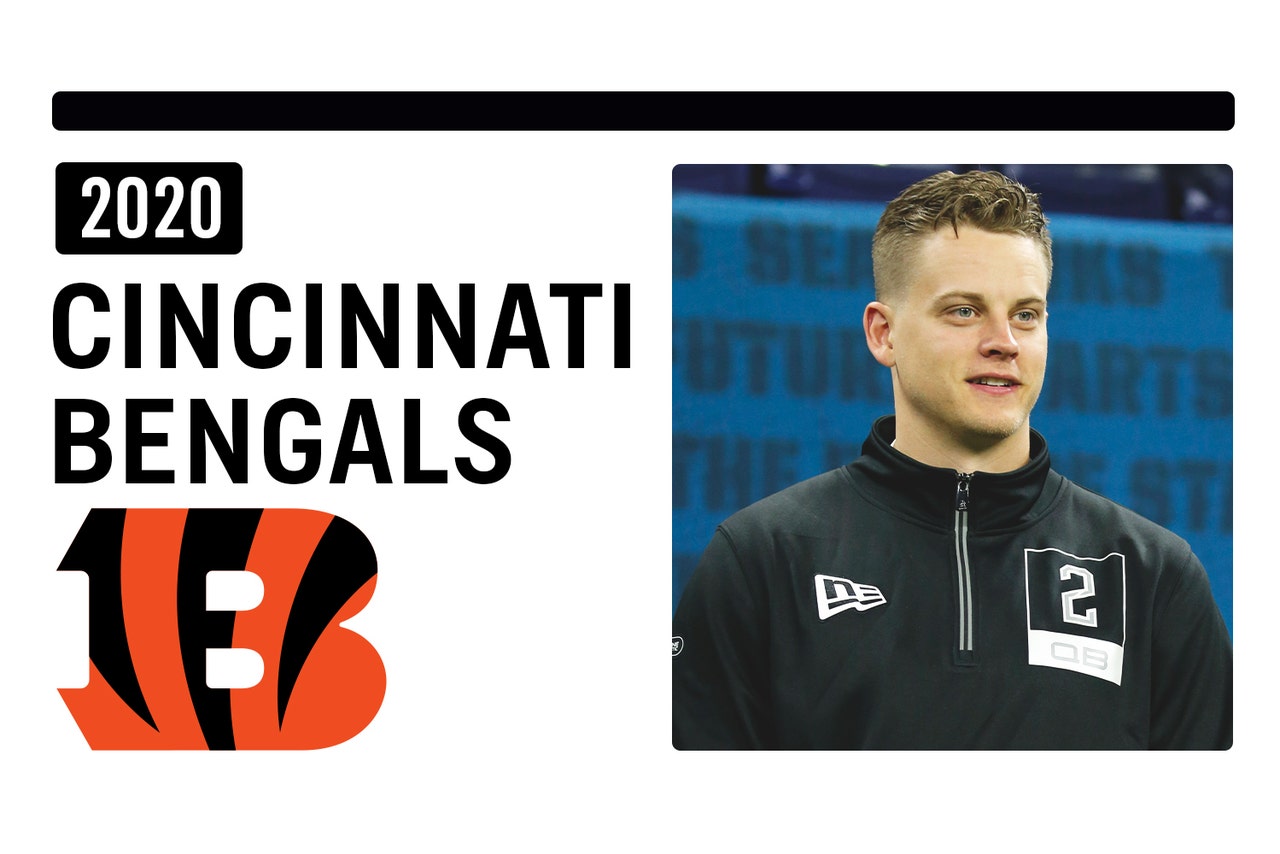 Why they can be profitable: After going 0-8 in one possession games in 2019, they surely will win a few of those in 2020. The learning curve for rookie QBs can be steep, but Joe Burrow had the greatest season in college football history (60 TD passes, 76.3 percent completions), and he gets a healthy LT (2019 1st round pick Jonah Williams) and healthy WR AJ Green, both of whom missed all of last season.

Ominous trend/fact: They’re going to have six new starters on an offense that had a stretch in 2019 where it went 42 second-half drives without a touchdown. There are at least five new starters on defense, including two cornerbacks, in a division with MVP Lamar Jackson, HOFer Ben Roethlisberger, and Baker Mayfield, who has beaten the Bengals three times in four tries and has 10 TD passes in those games.

2020 Over/Under: 5.5. If the WR quartet — Green, rookie Tee Higgins, John Ross and Tyler Boyd — is healthy, and Joe Burrow can release the ball as quickly and accurately as he did at LSU, the Bengals will be the backdoor cover kings. But I don't know if I can take them to win 6 games.

To make the playoffs: No (-1200). Four of their first six games are on the road, and they close with the Cowboys, Steelers, Texans and Ravens. They won’t make the playoffs, but unless you’re sitting on a fortune, -1200 is not a smart use of your bankroll.

Fade or follow verdict: Follow. In year two, Zac Taylor gets his QB. Taylor studied under Sean McVay, and the potential for the Bengals offense to finish in the Top 15 in efficiency is there. The defense and division will keep them from contending for a playoff spot, but ATS is all that matters here.

Titans-Steelers Game Postponed
The Titans and Steelers will see their Sunday tilt moved to either Monday or Tuesday after a COVID-19 outbreak in Tennessee.
19 hours ago