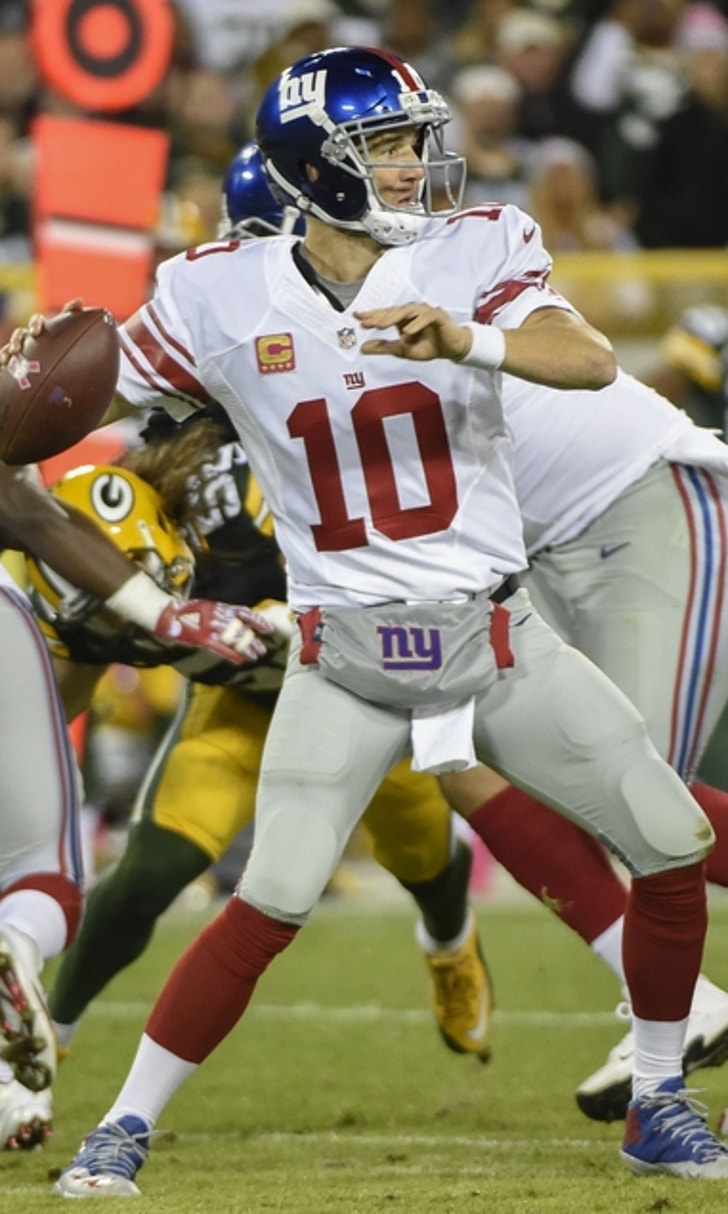 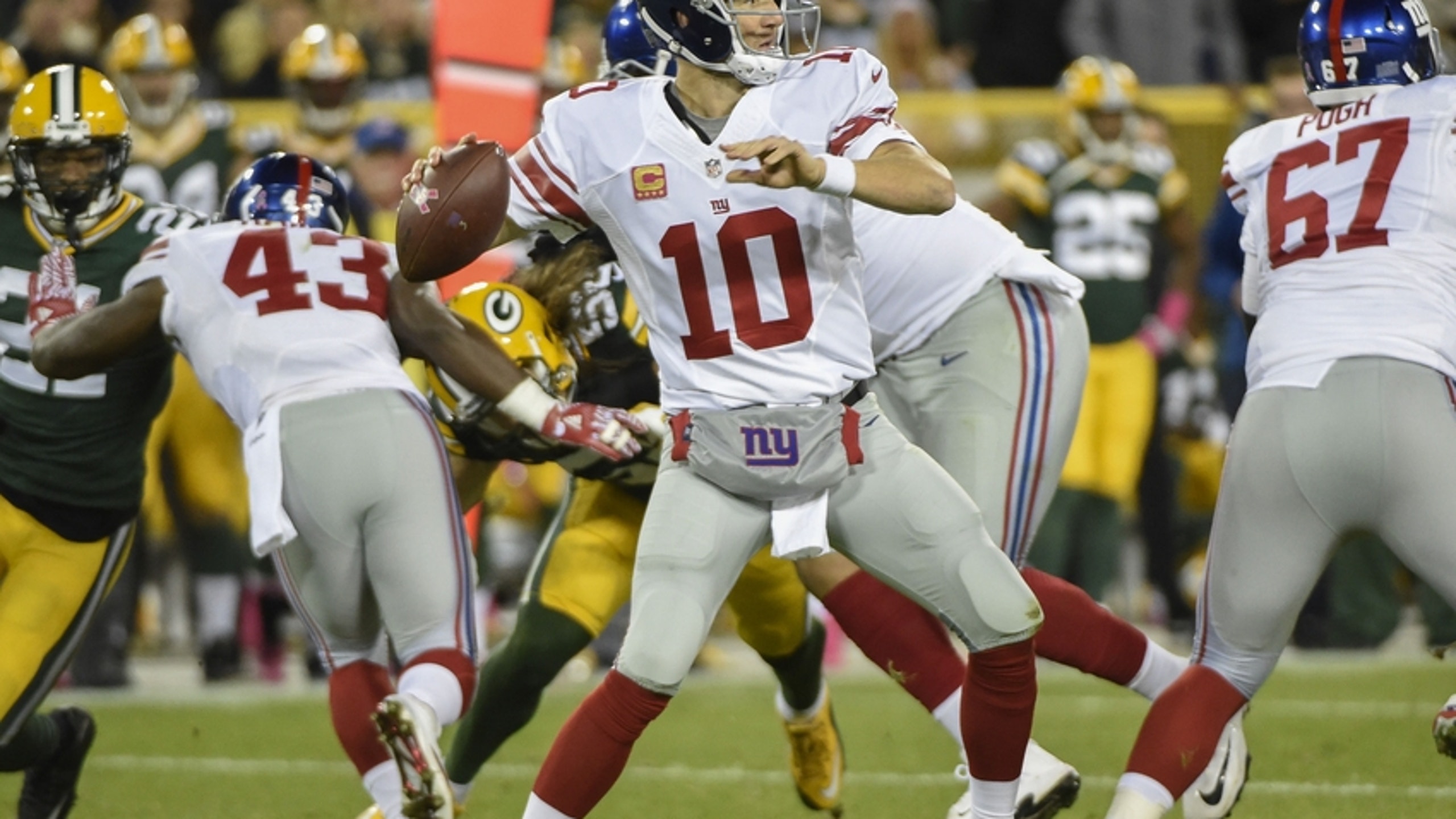 BY Fansided and Freddie Boston/FanSided via Lombardi Ave • June 30, 2017
share

Much has changed since the New York Giants last graced Lambeau Field in the postseason. What can the Green Bay Packers expect from their wild-card foes?

Aaron Rodgers and Eli Manning are still here. Just about everything else is different since these two teams last met in the postseason, five long years ago. Giants head coach Ben McAdoo was on the Green Bay sideline in both the 2007 and 2011 playoff exits.

Many will draw parallels, of which there are some. The Giants won two Super Bowls with elite defensive play, and this year’s unit has been a welcomed return to form in New York. No. 2 in points allowed, No. 3 against the run, No. 2 in passing touchdowns allowed and No. 3 in third down defense, New York enters Sunday’s game fully equipped to slow down Green Bay’s red-hot offense.

McAdoo and Mike McCarthy know each other well. McAdoo was Aaron Rodgers’ quarterback coach between 2012 and 2013. He understands the finer details of the two-time MVP’s game, and you can bet he’ll have some idea how to limit Rodgers’ effectiveness.

Scheme can only take you so far, though. Rodgers has made quick work of a host of elite defenses over the past month-and-a-half. Should he make the Giants another victim Sunday, this won’t be much of a contest.

What should the Packers expect from the Giants this week?

The man who needs no introduction.

Odell Beckham Jr. is a mismatch against any secondary, but he’ll be licking his chops at the prospect of facing off with a Green Bay defense sans Sam Shields, Damarious Randall and Quinten Rollins. Randall and Rollins’ status remains cloudy at best ahead of Sunday’s game.

Beckham’s elite route-running, catching radius and ability after the catch makes him one of the league’s premier wide receivers, a big-play waiting to happen. Expect a conservative gameplan by Dom Capers in attempt to take away Beckham’s home run ability in the open field.

To put it simply, if Beckham is able to hit top gear, this game could end badly for the Packers.

In just three seasons, Beckham has amassed 4,122 receiving yards and 35 touchdowns. According to ESPN, 1,467 of those yards have come after the catch. Preventing this added yardage remains one of the biggest obstacles when defending the three-time Pro Bowler.

Green Bay held Beckham to just 22 YAC in a Week 5 victory, swarming him with tacklers after each reception. A similar gameplan is in order Sunday to keep New York’s X-factor quiet.

Winning on offense hasn’t happened a great deal in 2016 for the Giants. Ranked No. 25 in total offense, No. 17 through the air and No. 29 on the ground, they have relied on excellent defense while scoring enough points to earn victory. It will come as no surprise, then, that New York’s 11 wins have been settled by an average of 5.8 points, winning by a double-digit margin only twice.

Many of the unit’s struggles fall on veteran passer Eli Manning. His play helped charge two Super Bowl runs, but he’s not looked the same in 2016, as Gary Myers of NY Daily News wrote last week:

“The franchise QB has struggled all season. Whether it’s just a slump he’s been unable to shake, having to share McAdoo with the rest of the team, or whether it’s because he’s going to be 36 on Jan. 3 and the extraordinary amount of hits in his 13-year career are finally taking their toll, he hasn’t been the same player.”

The Giants will need the Manning of old to make a run.

New York has struggled to move the ball on the ground for much of the season, but rookie Paul Perkins is slowly beginning to change that. Perkins topped the 100-yard mark for the first time last week in Washington.

Averaging 4.8 yards per carry over his past three games, the Packers will need strong play up front to take away the Giants’ emerging ground game.

Far and way the Giants’ biggest strength lies on defense. Major offseason signings have paid off, particularly up front.

New York’s run defense is as talented as it comes, allowing just 88.6 yards per game on the ground, tied with New England for the third-least allowed in the NFL. The Giants allow just 3.4 yards per carry, tied with Arizona for second-fewest.

Establishing the run with Ty Montgomery and Aaron Ripkowski won’t be easy, but it’s something the Packers will need to achieve to soften up New York’s talented secondary.

The Giants’ trio at cornerback: Janoris Jenkins, Dominique Rodgers-Cromartie and rookie Eli Apple, rank among the best in the NFL.

Jenkins leads the way and has been outstanding all year. He’s expected to be close to 100 percent Sunday after dealing with a back injury, and he’ll likely shadow Jordy Nelson.

The Most Significant QB Duel Of All Time?
Tom Brady & the Bucs take on Aaron Rodgers & the Packers in what could be the greatest NFL playoff QB duel we’ve ever seen.
18 hours ago

Colin's Blazin’ 5: Championship Sunday
Colin Cowherd is back with his favorite picks against the spread ahead of the NFL's championship weekend.
19 hours ago

Will The Mahomes News Move Lines?
Patrick Mahomes is set to play Sunday. Will the odds change? And how much are elite QBs worth to the spread? Sammy P explains.
22 hours ago

Confidence Picks For Championship Weekend
Both the AFC and NFC title games are rematches, so Geoff Schwartz examines what we can learn from those first meetings.
22 hours ago

'Perls' of Wisdom for Championship Sunday
Sara Perlman highlights her favorite prop bets for Championship Sunday, expecting big days from Chris Godwin and Travis Kelce.
22 hours ago
those were the latest stories
Want to see more?
View All Stories
Fox Sports™ and © 2021 Fox Media LLC and Fox Sports Interactive Media, LLC. All rights reserved. Use of this website (including any and all parts and components) constitutes your acceptance of these Terms of Use and Updated Privacy Policy. Advertising Choices. Do Not Sell my Personal Info