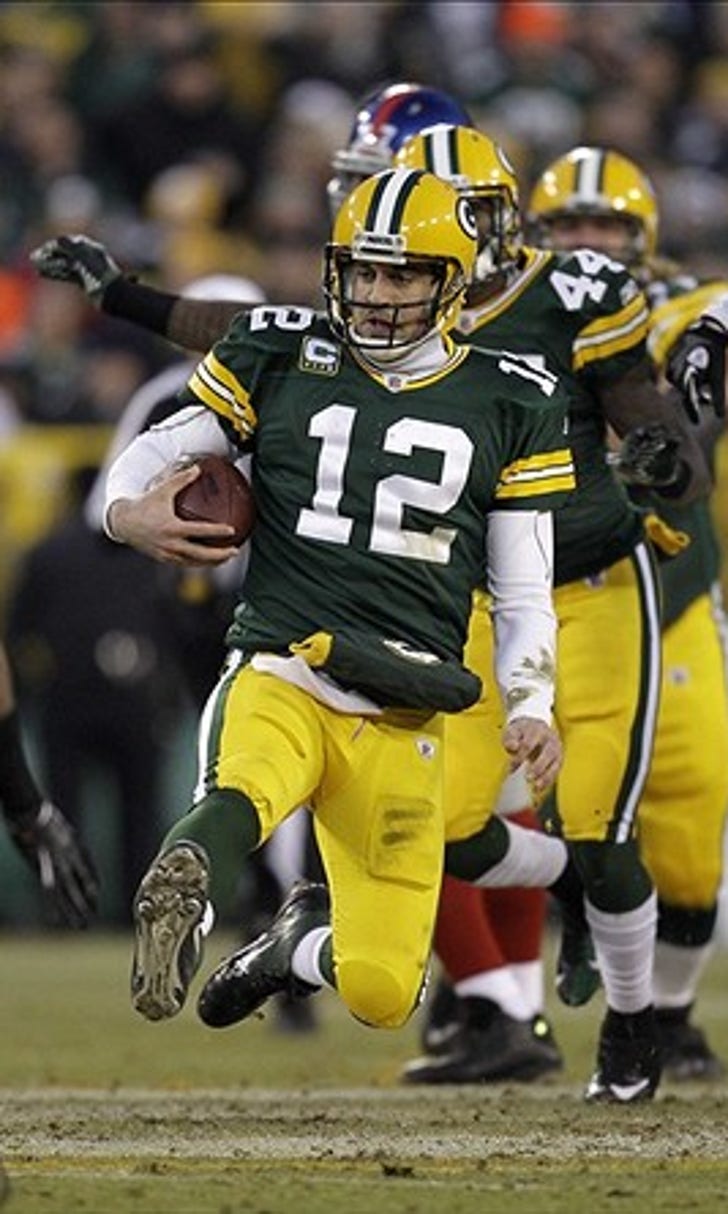 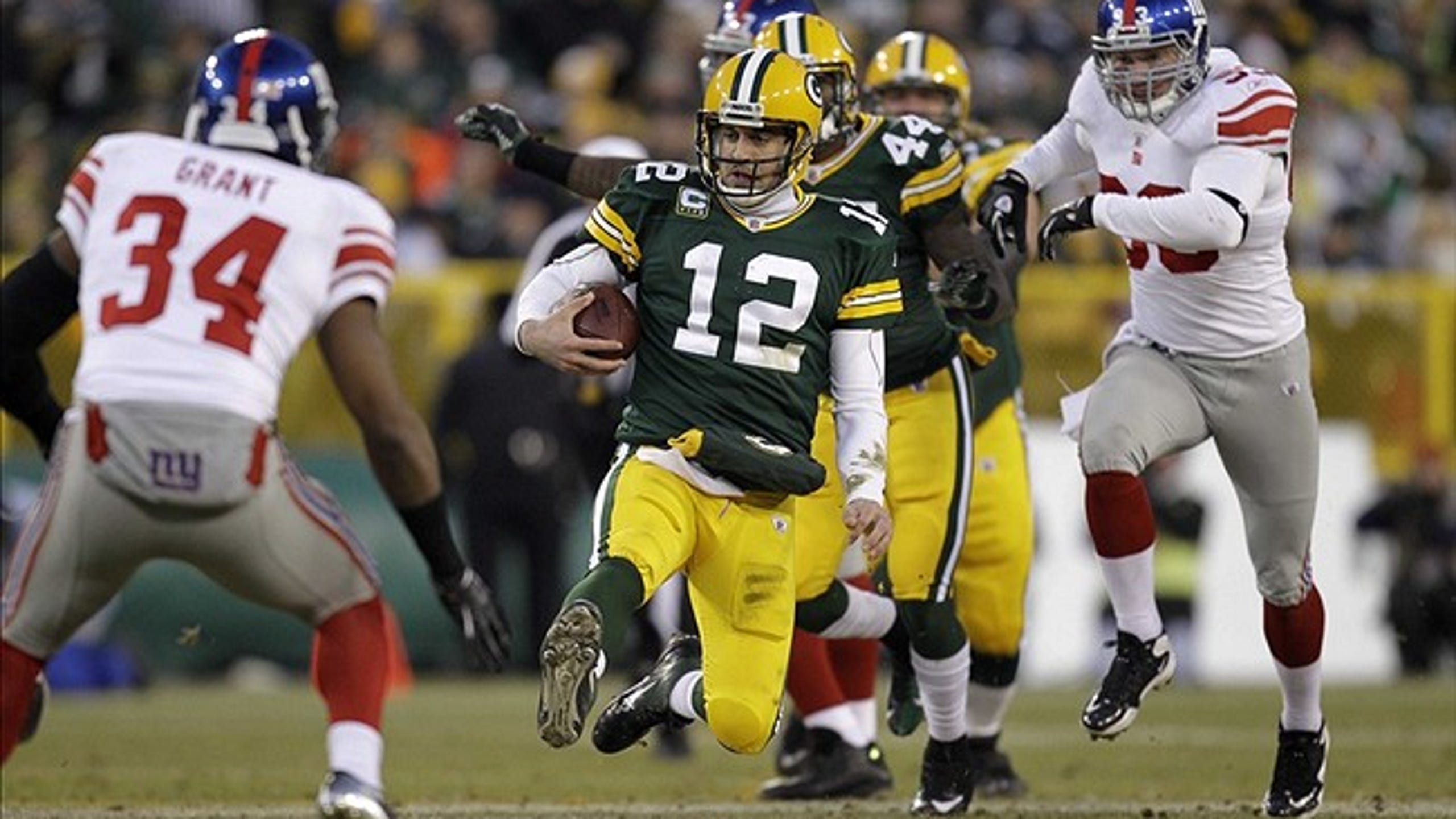 BY Fansided and Curt Macysyn/FanSided via GMEN HQ • June 30, 2017
share

The New York Giants (11-5) take on the Green Bay Packers (10-6) at Lambeau Field on Sunday. This contest pits the NFC North division champions versus the top Wild Card team. Both teams are playing well, so this should be the best game of Wild Card Weekend. GMen HQ caught up with Josh McPeak of Lombardi Avenue to get his thoughts on the game.

GMen HQ: When Aaron Rodgers made his “we’re going to run the table” comment after the Nov. 20 loss to the Washington Redskins, did people take him seriously? Or was it more a motivator to get the team to play better and hope for a Wild Card spot?

Josh McPeak: It’s hard not to take the guy serious after the R-E-L-A-X statement. However, to be honest, I wasn’t sold. The team showed very little motivation at the time and started games off terribly. Aaron Rodgers has been under the gun several times for his leadership approach. I believe those critics can give it a rest now.

GMen HQ: How big of an impact has losing Eddie Lacy been for the Packers’ offense?

JM: That’s really hard to say what impact the void of Eddie Lacy has left. Lacy had a fairly good game against the Giants back in Week 5. Obviously, having no run game for a stretch didn’t help matters. Ty Montgomery, Aaron Ripkowski and Christine Michael, as a trio, are probably an upgrade to Lacy. Lacy would break out a few big runs, but never did figure out he was a north-to-south back. Instead of getting a guaranteed four-yards, he would dance for a loss of two. Right now I would have to say he has played his last game in Green Bay.

GMen HQ: Describe the state of the Packers’ secondary prior to this game. Who will play? what players will be out?

JM: What secondary!? It’s in pretty bleak condition entering the playoffs. Quinten Rollins will probably miss Sunday’s game, as he is in the concussion protocol after a scary injury against the Lions. Damarious Randall has been practicing, but the way he has been playing of late doesn’t appear that he is anywhere near 100 percent. Ladarius Gunter has actually been one of the more solid corners in the secondary of late. Micah Hyde was asked to move up from safety to the corner spot and did a rather solid job down the stretch versus Detroit.

The Packers also brought Herb Waters to the 53-man roster. What is interesting about that, is the fact Waters has never played corner. He was a wide receiver at the University of Miami and played receiver in the preseason. Since then, the Packers have converted him to a corner on the practice squad. Most of the season the Packers have been reeling to fill the void of Sam Shields, who was lost to injury.

GMen HQ: Is the Green Bay fan base skeptical of the Giants’ defense? Or is it more extreme confidence in the Packers’ offense?

JM:  I think the answer there is both. It amazes me New York has not allowed a team to break 30 points all season. I watched every play of the game against Washington, and they are for real. You also have to have extreme confidence in Aaron Rodgers and this offense. A healthy Jared Cook and the emergence of some young talent, have really given the team a jump start. We are getting a heavyweight bout on Sunday in Lambeau.

GMen HQ: Give us the name of a player who you think will be a difference-maker in this game.

JM: Nick Perry is a guy who is capable of changing the outcome of this game. Perry has eleven sacks on the season and is playing out the final season of his contract. He could stand to make a lot of money, whether that be in Green Bay, or on the market. Clay Matthews and even Julius Peppers still demand a lot of attention. Don’t sleep on Perry making a play that could greatly swing the momentum of this huge game.

GMen HQ: Give us a game prediction.

JM: Green Bay’s secondary really concerns me. Although, the Giants haven’t given up 30 points all year, they have also failed to score that on offense this season. My fear is the fact they are very capable of having a breakout game. I’m going to ride with the red hot Packers and the MVP Aaron Rodgers. Packers crack thirty.

The Most Significant QB Duel Of All Time?
Tom Brady & the Bucs take on Aaron Rodgers & the Packers in what could be the greatest NFL playoff QB duel we’ve ever seen.
5 hours ago

Colin's Blazin’ 5: Championship Sunday
Colin Cowherd is back with his favorite picks against the spread ahead of the NFL's championship weekend.
6 hours ago

Will The Mahomes News Move Lines?
Patrick Mahomes is set to play Sunday. Will the odds change? And how much are elite QBs worth to the spread? Sammy P explains.
10 hours ago

Confidence Picks For Championship Weekend
Both the AFC and NFC title games are rematches, so Geoff Schwartz examines what we can learn from those first meetings.
10 hours ago

'Perls' of Wisdom for Championship Sunday
Sara Perlman highlights her favorite prop bets for Championship Sunday, expecting big days from Chris Godwin and Travis Kelce.
10 hours ago
those were the latest stories
Want to see more?
View All Stories
Fox Sports™ and © 2021 Fox Media LLC and Fox Sports Interactive Media, LLC. All rights reserved. Use of this website (including any and all parts and components) constitutes your acceptance of these Terms of Use and Updated Privacy Policy. Advertising Choices. Do Not Sell my Personal Info