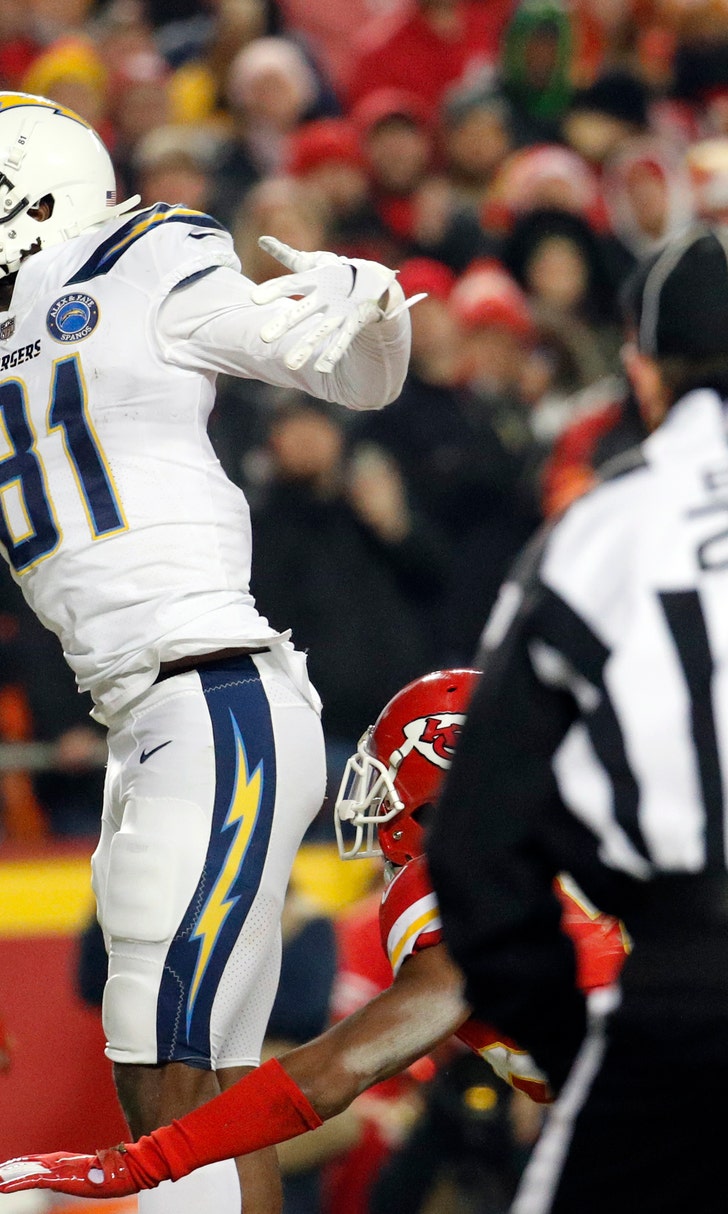 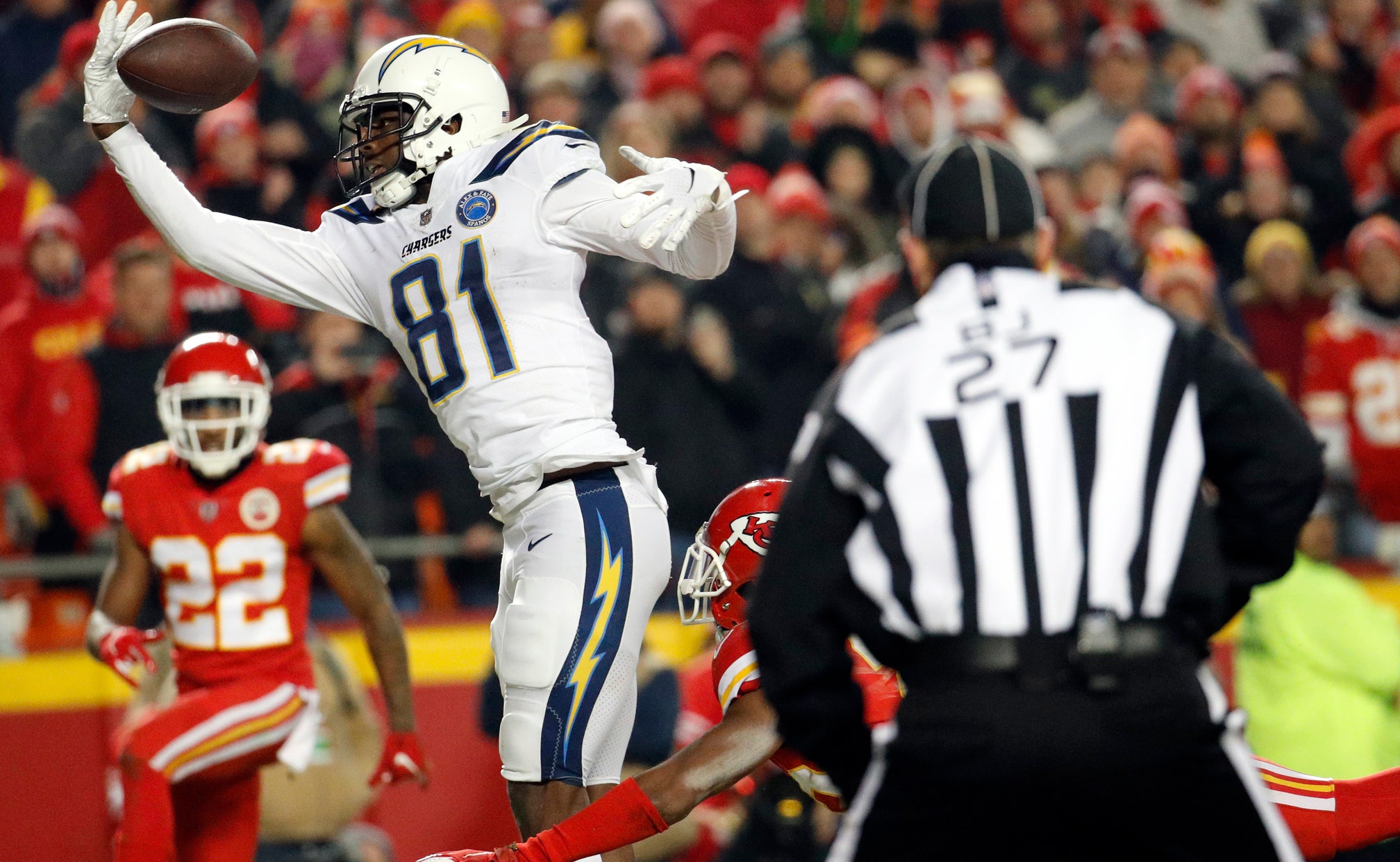 Chiefs left to stew over missed chances against Chargers

KANSAS CITY, Mo. (AP) — The Kansas City Chiefs will have 10 days to stew over Mike Williams' touchdown catch, Philip Rivers' wave as he trotted off the field and the golden opportunity they let slip away Thursday night.

They had led the Los Angeles Chargers nearly wire-to-wire, taking an early 14-0 lead and looking every bit the dominant team in the AFC West. And they still led into the fourth quarter, victory seemingly certain along with all the trappings that would come with it -- clinching the division with two games to go, a first-round playoff bye and perhaps homefield advantage throughout with a little bit of help.

Then their defense failed to make a couple of crucial stops. Their offense failed to pick up a first down when it mattered most. The Chargers made every play to escape with a 29-28 victory.

"It's tough. Mentally, it's very tough," Chiefs defensive tackle Chris Jones said afterward. "We have to come back and bounce back. We have to prepare for Seattle at their place. Understand what you did wrong and watch film and let's make some corrections and bring it."

There are plenty of things for Kansas City to correct.

The Chiefs were penalized 10 times for 66 yards, five of them giving Los Angeles a first down. They failed to capitalize on two turnovers by Rivers, allowed the Chargers to convert 60 percent of their third downs and blew crucial assignments when they had a chance to put the game away.

The two biggest came on the final drive of the game.

After cornerback Kendall Fuller was called for pass interference — a debatable call given the pass appeared to be well out of reach — the Chargers had the ball at the Kansas City 1. Rivers floated a pass toward Williams along the sideline, and he outleaped Orlando Scandrick to haul it in.

Then, after coach Anthony Lynn sent his offense back onto the field, the Chiefs blew the coverage on Williams so emphatically that nobody was within 10 yards of him on the 2-point conversion.

"Just miscommunication," Fuller said of the conversion play. "We just got to cover our pieces at the end of the day. That's something we have to work on, prepare for and get better."

All is not lost for Kansas City. The Chargers may have forged a tie atop the division at 11-3, and have not split the season series, but the Chiefs hold the tiebreaker by virtue of their superior record in the division. They also maintain an inside track on homefield advantage, though their trip to Seattle and their home game against Oakland have taken on much more meaning.

The Chiefs could have used those weeks to heal up for the playoffs. Now, they'll visit a hot team in the Seahawks with much on the line before returning home to face another division rival.

"Everybody feels that feeling, they want to get back out there tomorrow," Chiefs quarterback Patrick Mahomes said. "So we're going to have a long 10 days. Then we're going to Seattle, which is a tough place to play, and they're playing really good football right now. So we're just going to recuperate, see what we did well and see what we didn't do so well and find ways to use this as fuel."

The opportunity to recuperate may be what Kansas City needs most.

Strong safety Eric Berry made his season debut after dealing with a heel injury since training camp, and he'll have time to receive treatment before trying to play more against the Seahawks.

The Chiefs are hopeful they'll get some of their offensive stars back. Running back Spencer Ware was out Thursday night with a hamstring injury, wide receiver Sammy Watkins missed his third game with a foot injury and offensive lineman Cam Erving was sidelined with a knee injury.

"So what do we do? We get back on it," Chiefs coach Andy Reid said. "You have to be resilient. That's what you do, you learn from your mistakes. That's real. Then you become a better team and get yourself ready to go play Seattle and that's what we will do."