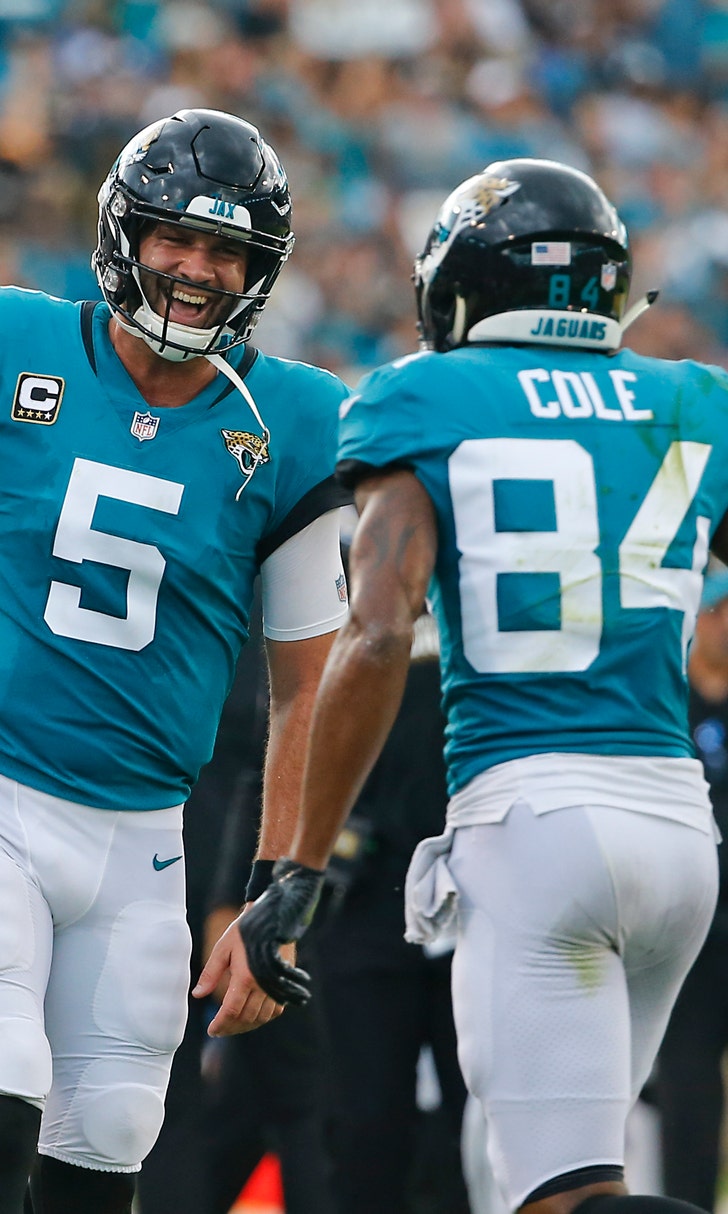 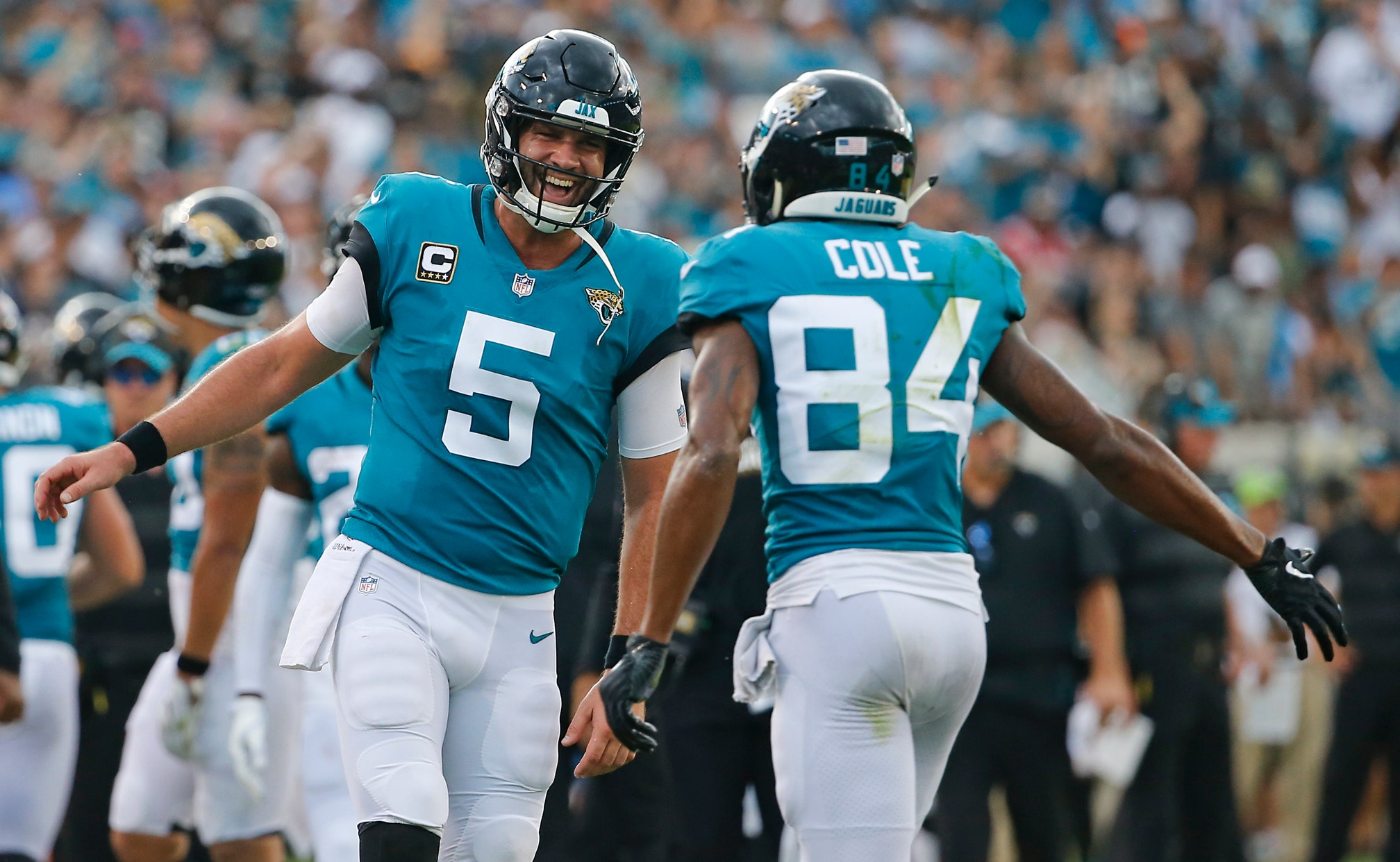 JACKSONVILLE, Fla. (AP) — Keelan Cole was a wide-eyed rookie in 2017, an undrafted receiver from tiny Kentucky Wesleyan who ended up in Jacksonville's starting lineup because of injuries.

He was lost at times, overwhelmed by the complexity of routes and responsibilities, and in awe of the speed around him. He finally found his footing in December, catching touchdown passes in three consecutive games before going mostly missing in the playoffs.

Now, in his second season, Cole has the confidence of a savvy veteran and is quickly becoming the go-to receiver for the Jaguars (2-0).

Cole had seven receptions for 116 yards and a touchdown in the team's 31-20 victory against New England on Sunday. He delivered the most impressive catch of his career and quite possibly the best one in the NFL this season, a one-handed grab down the sideline that prompted TV analyst Tony Romo to compare him to Odell Beckham.

"I'm like everyone else. You go, 'Wow,'" Jaguars coach Doug Marrone said Monday. "But he has made those catches in training camp. He has done that before. ... You look around the league and you'll see other players that do great things like that or make these (plays). You tip your hat and acknowledge it and go, 'Wow, that was a hell of a play.' It was a hell of a play."

Cole followed with a 24-yard TD reception three plays later, beating cornerback Eric Rowe again and getting him benched. Cole flipped the ball into the stands as he ran into a nearby tunnel, drawing another comparison — this time to Bo Jackson .

"Keelan is just a young guy who can do anything he wants to do," teammate and veteran receiver Donte Moncrief said.

The Jaguars believe Cole is just getting started, too. His talent and growth are reasons Jacksonville didn't scour the streets or other NFL rosters after leading receiver Marqise Lee sustained a season-ending knee injury last month.

Dez Bryant? Josh Gordon? The Jags believed they would be just fine with Cole, Moncrief and Dede Westbrook.

All three scored against the Patriots. Next up are the Tennessee Titans.

Cole garnered most of the attention against New England, partly for making the key block on Westbrook's 61-yard catch-and-run but mostly for his spectacular catch. Cole stared intently at the Patriots sideline after the one-handed stab and then caught a few replays of it on the scoreboard.

"I've only seen it like three times so far," he said. "I haven't really gotten to see it enough to talk about it, so I'm not going to sit here and lie to y'all about something. I don't really know what's going on yet. But I know I caught it. First down. That's all I've got for you."

Cole now has 55 receptions for 1,000 yards and four touchdowns in 21 career games. He's averaging more than 18 yards a catch, evidence of his speed and big-play ability.

But it might be hard for him to top what he did against the Pats.

"He does stuff like that all the time in practice and kind of just showing off," said quarterback Blake Bortles, who threw for 377 yards and four touchdowns. "He's got unbelievable abilities, so to watch him go out there, have fun and make plays like that is pretty special."

NOTES: Jaguars placed left tackle Cam Robinson on injured reserve after he tore a knee ligament against the Patriots. They re-signed receiver Rashad Green to fill his spot on the 53-man roster.