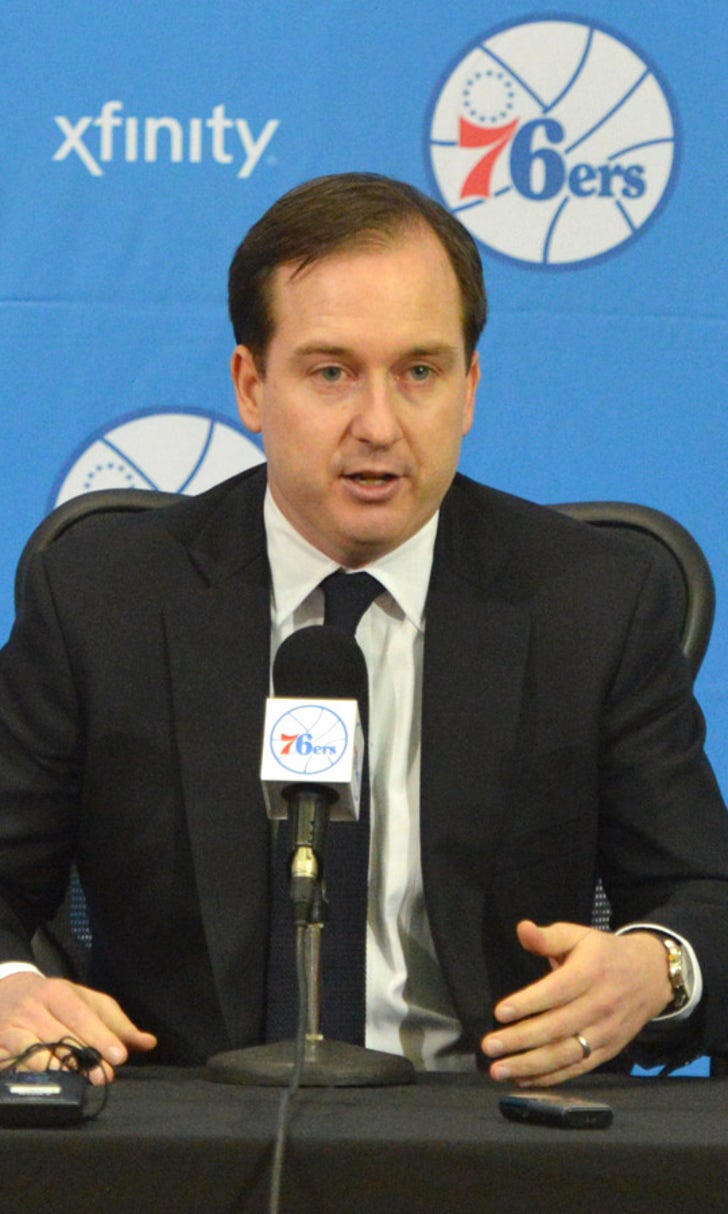 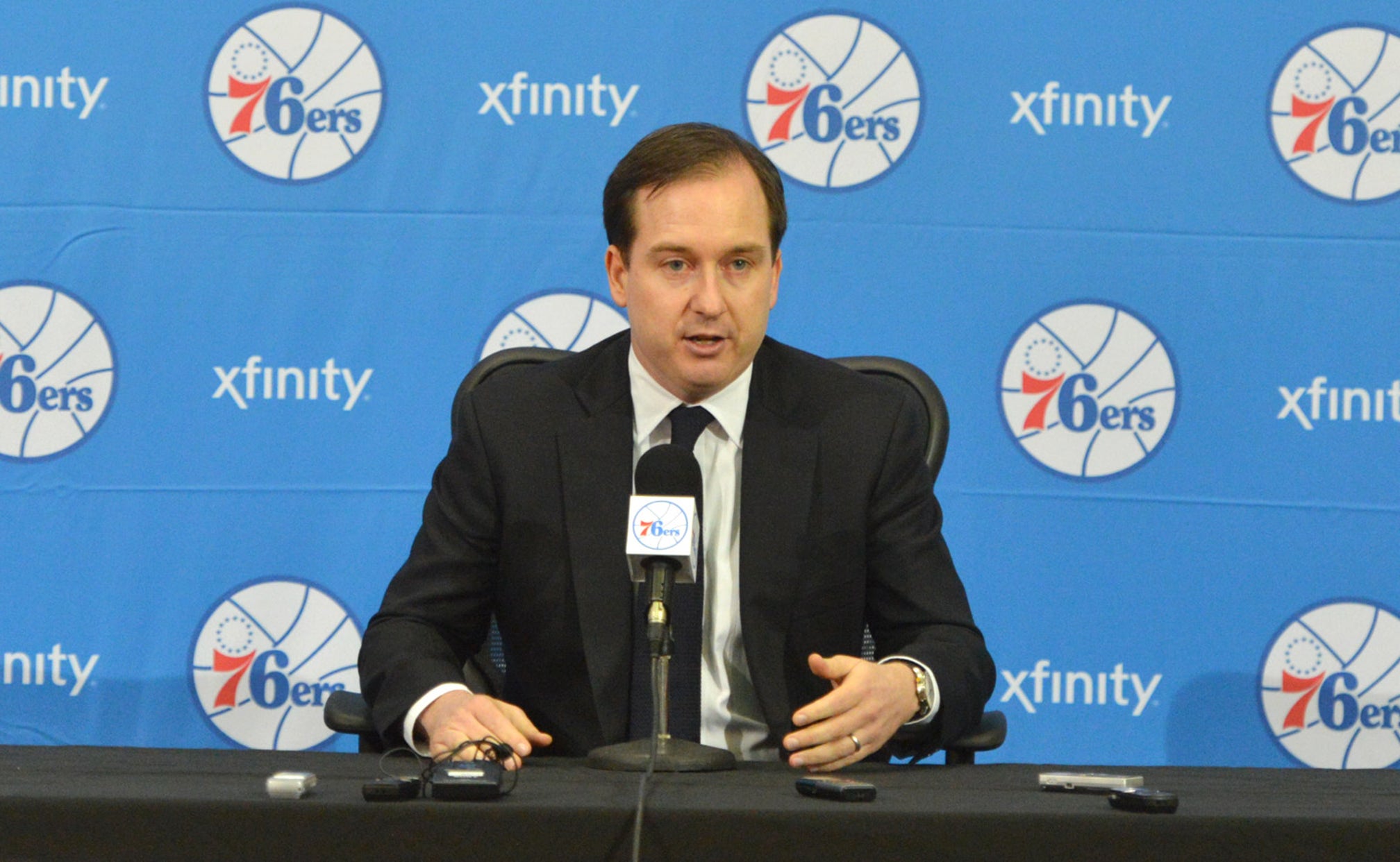 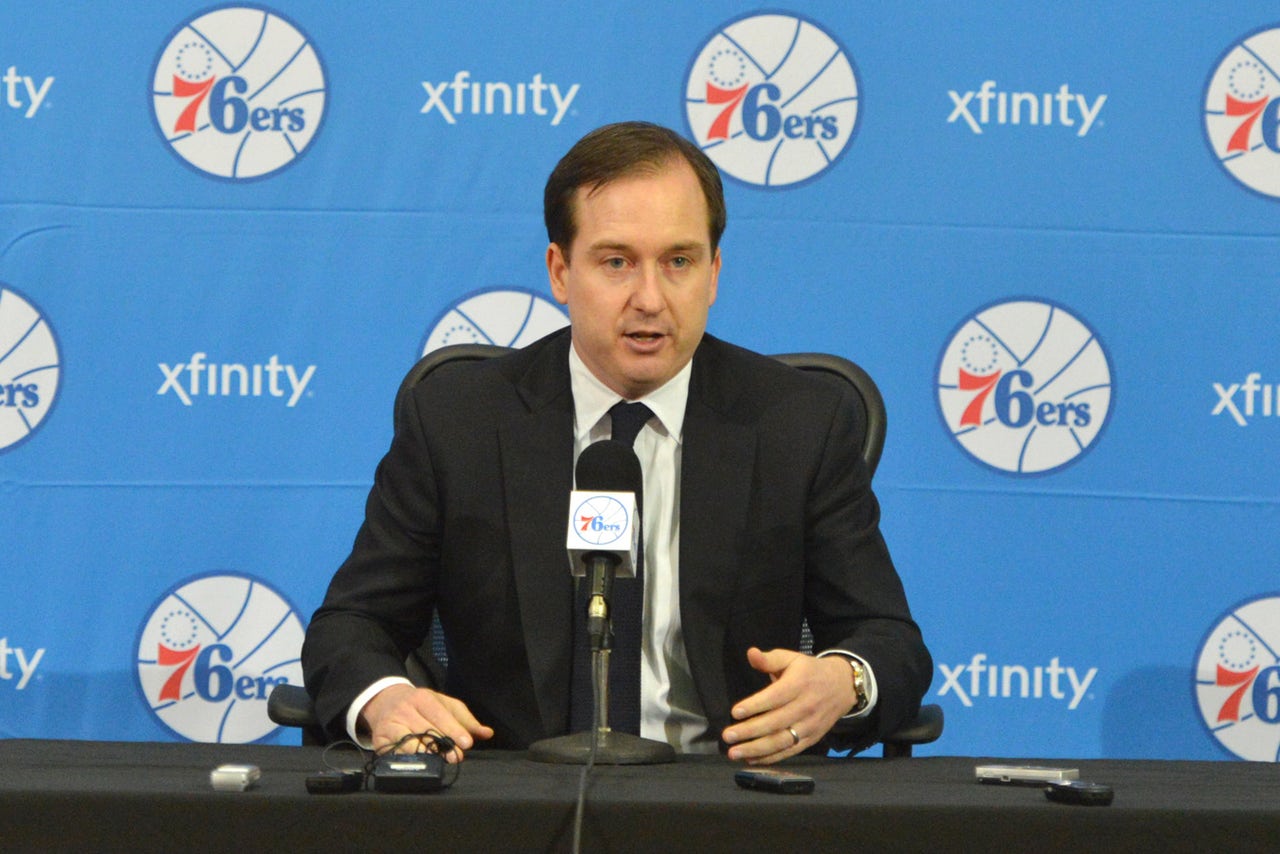 Much-maligned Philadelphia 76ers general manager Sam Hinkie stepped down Wednesday after one of the worst tenures in NBA history.

"Sam's work has put us in a very strong position to take advantage of numerous opportunities for an exciting future," 76ers owner Josh Harris said regarding Hinkie's resignation.

According to ESPN, changes within the organization caused Hinkie to resign. The organization hired Jerry Colangelo as chairman of basketball operations in December after the team got off to its third straight awful start.

"We're not crying for patience," Colangelo said at that time. "But the reality is, in terms of where the team is today, it's going to take some additional patience. Hopefully, the payoff will come. And if the payoff comes, it will be more than worth it."

According to multiple reports, the organization is set to hire Colangelo's son, Bryan, a two-time former NBA Executive of the Year, to replace Hinkie as the team's GM. 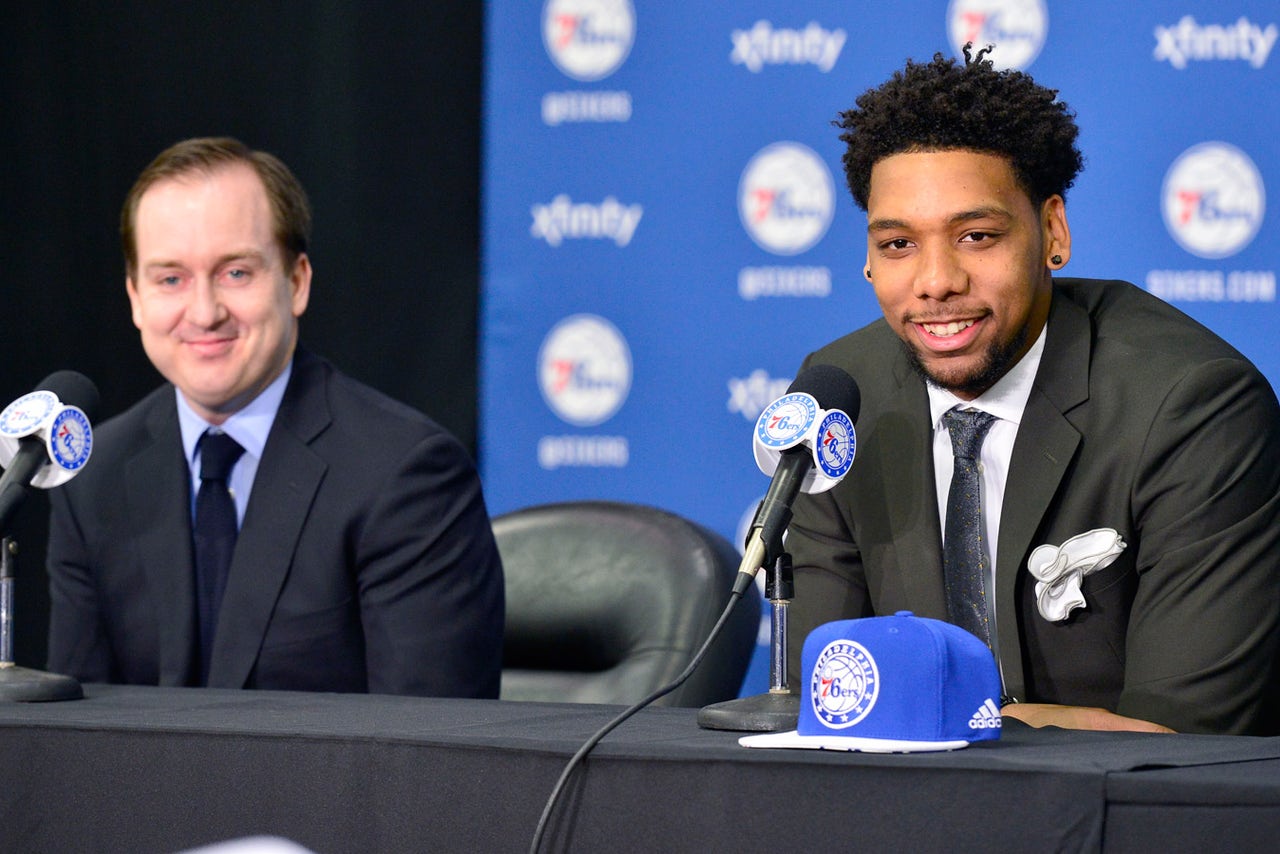 In a letter obtained by ESPN to the team's ownership group, Hinkie wrote: "There has been much criticism of our approach. There will be more. A competitive league like the NBA necessitates a zig while our competitors comfortably zag. We often chose not to defend ourselves against much of the criticism, largely in an effort to stay true to the ideal of having the longest view in the room.

"... Given all the changes to our organization, I no longer have the confidence that I can make good decisions on behalf of investors in the Sixers — you. So I should step down. And I have."

The team is in the midst of its third straight sub-20-win season as Hinkie, who has made a number of controversial moves since taking over in 2013, has stripped the team of many proven players in the hopes of hitting it big in the draft.

In 2013, Philly drafted Michael Carter-Williams No. 11 overall, but after winning Rookie of the Year honors, he was dealt to Milwaukee. The team also dealt Jrue Holiday to New Orleans for Nerlens Noel, who was taken No. 6.

In 2014, Philly took Joel Embiid with the No. 3 pick despite knowing his history of injuries at Kansas and Noel being in tow. Last year, Philly took center Jahlil Okafor with the third overall pick, creating a logjam in the front court.

Hinkie ran an analytics-minded front office and stripped the organization of all major talent in the hope of bottoming out in the standings and acquiring lottery picks.

His power was weakened in December when the Sixers hired Colangelo to oversee basketball operations, and Hinkie left the Sixers with the worst record in the league at 10-68.

Under Hinkie and coach Brett Brown, the Sixers have been among the worst franchises in the league and show few signs of recovery in the next few years.

Harris seemed to back Hinkie's approach — dubbed both "Trust The Process" by his defenders and "Tankadelphia" by critics — until the losses kept mounting in his third season. Even with Okafor playing well, the Sixers flirted with the worst record in NBA history; 9-73 set by the 1972-73 Sixers.

Hinkie doesn't exactly leave behind a barren cupboard — Noel, Embiid, Okafor and overseas prospect Dario Saric still have potential on the court or as trade bait, the Sixers are flush with cash in the salary cap and they could have up to four first-round picks in the 2016 draft.

Bryan Colangelo had long been mentioned as having a future role in the organization after stints in Phoenix and Toronto.

He won the NBA's executive of the year after the 2006-07 season when the Raptors captured the Atlantic Division title and tied a franchise record with 47 wins. But he came under fire for the selection of Italian big man Andrea Bargnani with the No. 1 pick in the 2006 draft.

Colangelo joined the Raptors on Feb. 28, 2006, after 15 seasons with the Phoenix Suns. He was the Suns' GM for 11 seasons and also served as president in his last seven years there.

Tobias Harris Returns After Scary Injury
The 76ers forward crashed face-first to the court in a horrifying moment.
August 23
those were the latest stories
Want to see more?
View All Stories
Fox Sports™ and © 2020 Fox Media LLC and Fox Sports Interactive Media, LLC. All rights reserved. Use of this website (including any and all parts and components) constitutes your acceptance of these Terms of Use and Updated Privacy Policy. Advertising Choices. Do Not Sell my Personal Info