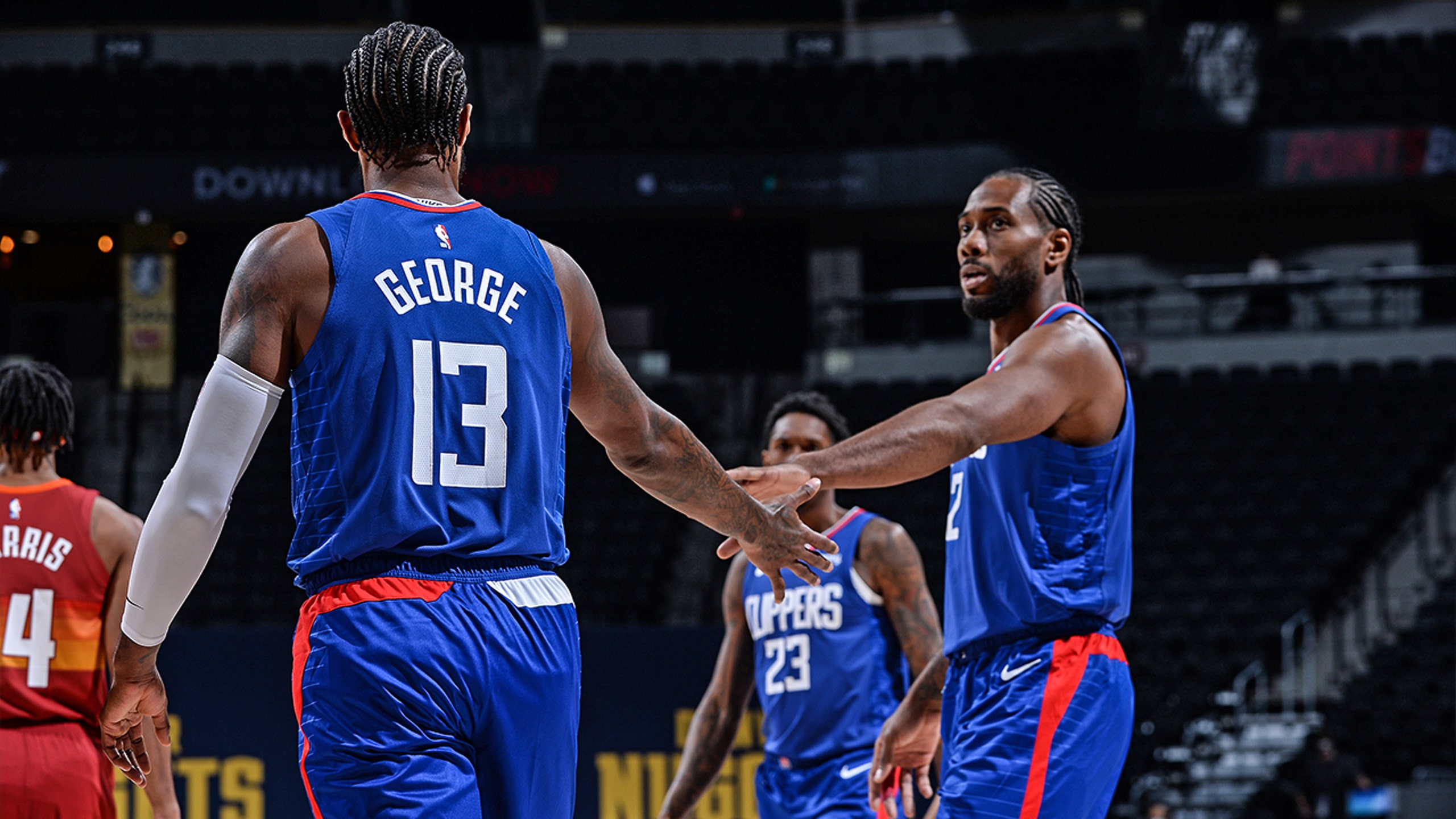 That Kawhi Leonard mask wasn't the only thing creepy about the LA Clippers.

Quiet as kept, the Clippers might be the spookiest team in the league that, surprisingly, no one is really talking about.

Since the James Harden trade gave Brooklyn three of the best players in the NBA, much of the discussion has revolved around a Finals matchup between the Los Angeles Lakers and Brooklyn Nets.

But in the shadows, the other L.A. team has begun to hit its stride, specifically over the past four games.

The Lakers are 11-3 and own the best record in the NBA. The Nets sit at 8-6, and the Milwaukee Bucks – the franchise that posted the best regular-season mark in the league each of the past two seasons – sit at 9-4, atop the Eastern Conference standings.

But the Clippers are 11-4 and riding a four-game win streak, second in the NBA to current five-game win streaks belonging to the Lakers and Utah Jazz.

The Clippers' streak kicked off after an alarming loss on Jan. 8.

After the game, much-maligned Clippers superstar Paul George had this to say:

"I think it's good something like this happened to us early in the season ... We have to be a better closing-out team."

It was an interesting yet honest assessment from George, who caught the brunt of the blame for LA's meltdown in the Western Conference semifinals against Denver last season, when the Clippers held a 3-1 lead in the series and double-digit leads in three consecutive close-out games but failed to win the series.

As George said, the season is still young, but the past week put together by the Clippers has been impressive, especially when it comes to the play of their two superstars.

In short, both are on fire – as is the whole team.

After a 3-point win over Chicago on Jan. 10 and a five-point win over New Orleans on Wednesday, the Clippers beat Sacramento and Indiana by a combined 71 points in their past two games.

Not to mention, the Clippers own wins over both the Lakers and Nuggets so far this season.

While it's certainly too early to crown the Clippers title favorites ...

... they are definitely in the mix, and many pundits expect big things from the other L.A. franchise come playoff time.

One advantage the Clippers have this year is that the buzz attached to their latest superstar acquisitions has effectively worn off.

This time, they won't be the hunted.

They'll be the ones doing the hunting.

Get more from LA Clippers Add to your favorites to get information about games, news and more.
in this topic

Back To Their Old Ways
The L.A. teams are near the top of the West. But while one team is trending upward, the other is showcasing its old demons.
8 hours ago

Coach Kyle For The Raptors?
When the Raptors announced the bulk of their coaching staff had been sidelined, fans called for Kyle Lowry to take the reins. Why not?
3 days ago