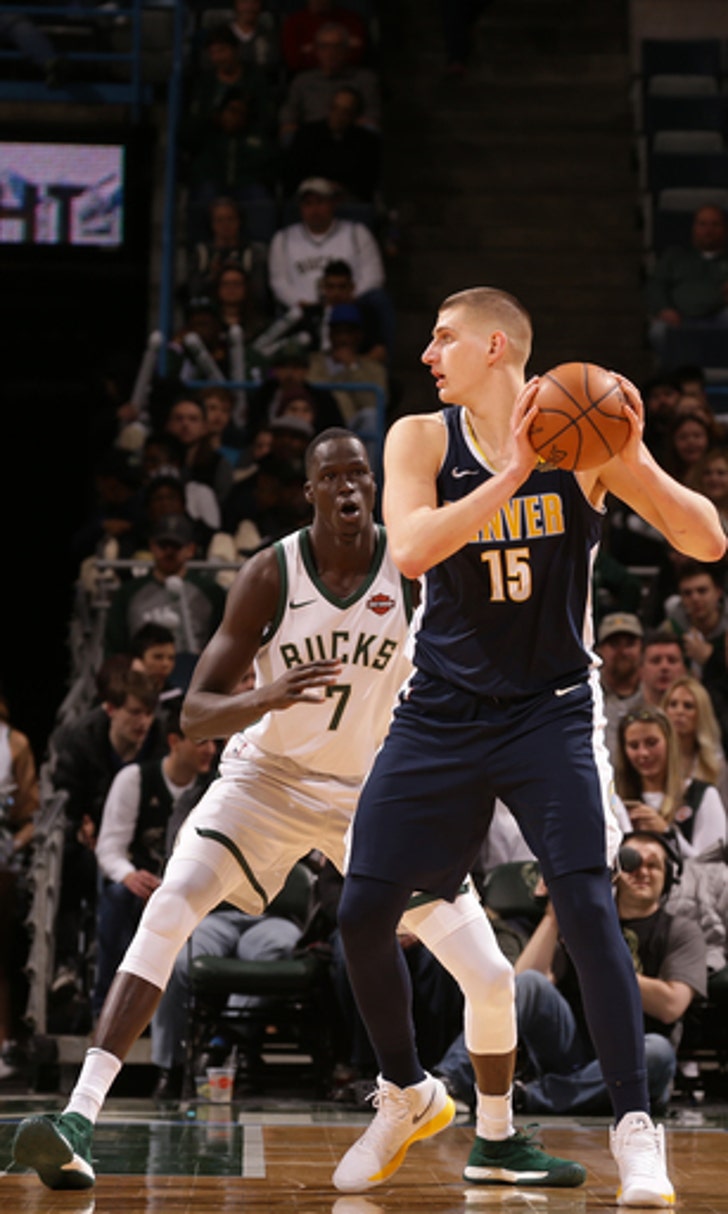 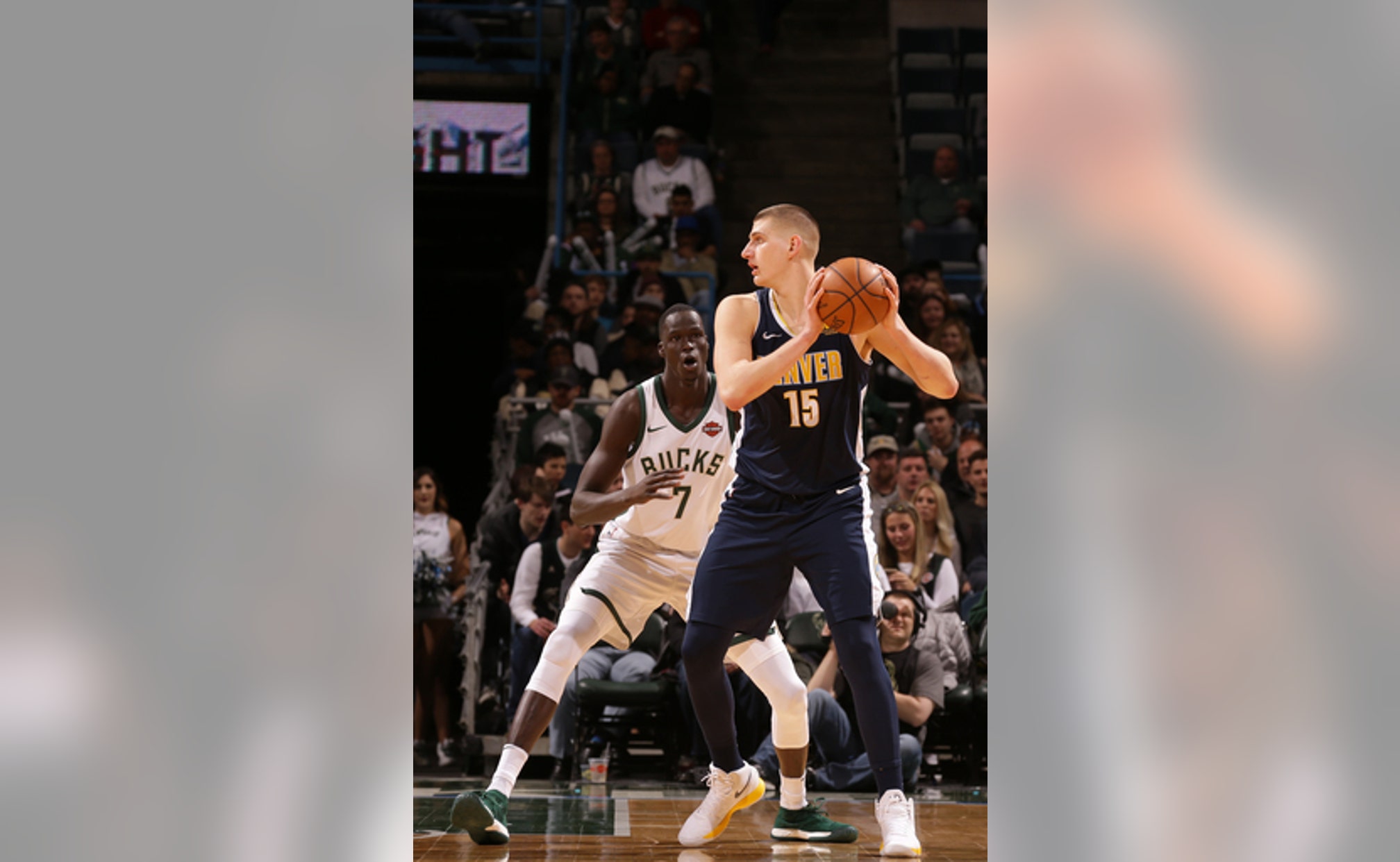 previous story
Happ’s double-double leads Wisconsin over No. 6 Purdue
next story
Hoffman scores in OT as Senators rally past Sabres, 3-2

MILWAUKEE (AP) There's something about playing in Milwaukee that brings out the best in Nikola Jokic.

Just over a year after recording the first triple-double of his career at the BMO Harris Bradley Center, Jokic wrapped up the feat in the first half on the same floor Thursday night.

Besides Jokic's big night, the Denver Nuggets put together one of the best 3-point shooting nights in league history in a 134-123 victory over the Bucks.

Denver matched a franchise record with 24 3-pointers, one shy of the NBA record, on 40 attempts.

''Each guy kind of had their own little stretch,'' Nuggets coach Michael Malone said. ''Jamal (Murray) got going in the third quarter, and we rode him and ran some plays for him. Gary Harris had it going, and Nikola shot it well.''

Jokic finished with 30 points, 15 rebounds and a career-high 17 assists, reaching a triple-double with 1:54 remaining in the second quarter. That was the quickest triple-double in the NBA in the last 20 seasons, according to ESPN Stats & Info.

He now has 11 career triple-doubles and five this season, four of which have come since Jan. 27.

''I just started playing well and making shots,'' Jokic said. ''I didn't have any extra motivation or anything like that though. I'm just playing the same way I always play. Maybe I was a little more aggressive tonight, but I'm playing the same.''

Giannis Antetokounmpo also recorded a triple-double, finishing with 36 points, 11 rebounds and 13 assists for his ninth career triple-double, passing Kareem Abdul-Jabbar for most in Bucks history.

Harris added 28 points and Murray had 26 for the Nuggets, who led by double digits for most of the fourth quarter.

''When you have seven guys make two 3s or more and all starters three or more, you have multiple problems out there,'' Bucks interim coach Joe Prunty said. ''Give them credit for generating open shots. We made some adjustments, but even when we did that they got some pretty good looks.''

Denver scored 74 points in the first half for its second-highest scoring half of the season. The Nuggets had 82 points in the second half of a 146-114 win over New Orleans on Nov. 17.

It also marked the most points allowed by the Bucks in a half this season.

The Nuggets shot 63.6 percent in the first half, including hitting 13 of 19 attempts from beyond the arc. Denver finished at 55.3 percent from the field and 60 percent from 3-point distance.

''When you have 37 assists and you shoot that well, it's a question of how you make all those shots,'' Malone said. ''We generated great looks.''

Denver then outscored Milwaukee 33-19 over the final 7:58 of the half.

''It was just one of those nights where, for some reason, we couldn't get it right,'' Bucks guard Khris Middleton said. ''We kept giving them 3-ball after 3-ball.''

Jokic and Antetokounmpo are the third opposing players to record 30-point triple-doubles in the same game in NBA history, joining Oscar Robertson and Richie Guerin in 1961, and Johnny Kerr and Dave DeBusschere in 1965.

Milwaukee is 9-3 since firing Jason Kidd on Jan. 22, but only one of those victories has come against a team currently in playoff position. That win came against a Philadelphia team playing without Joel Embiid.

The Bucks will open the second half by facing current playoff teams in seven of eight games, with Detroit being the lone exception.

Nuggets: Denver's 13 3-pointers in the first half were their most since Feb. 13, 2017, when they connected on 16 in the first half of a 132-110 win over Golden State. ... G Torrey Craig missed his second consecutive game with groin and hamstring injuries. ... F Kenneth Faried (personal) and G Richard Jefferson (right wrist soreness) were not with the team.