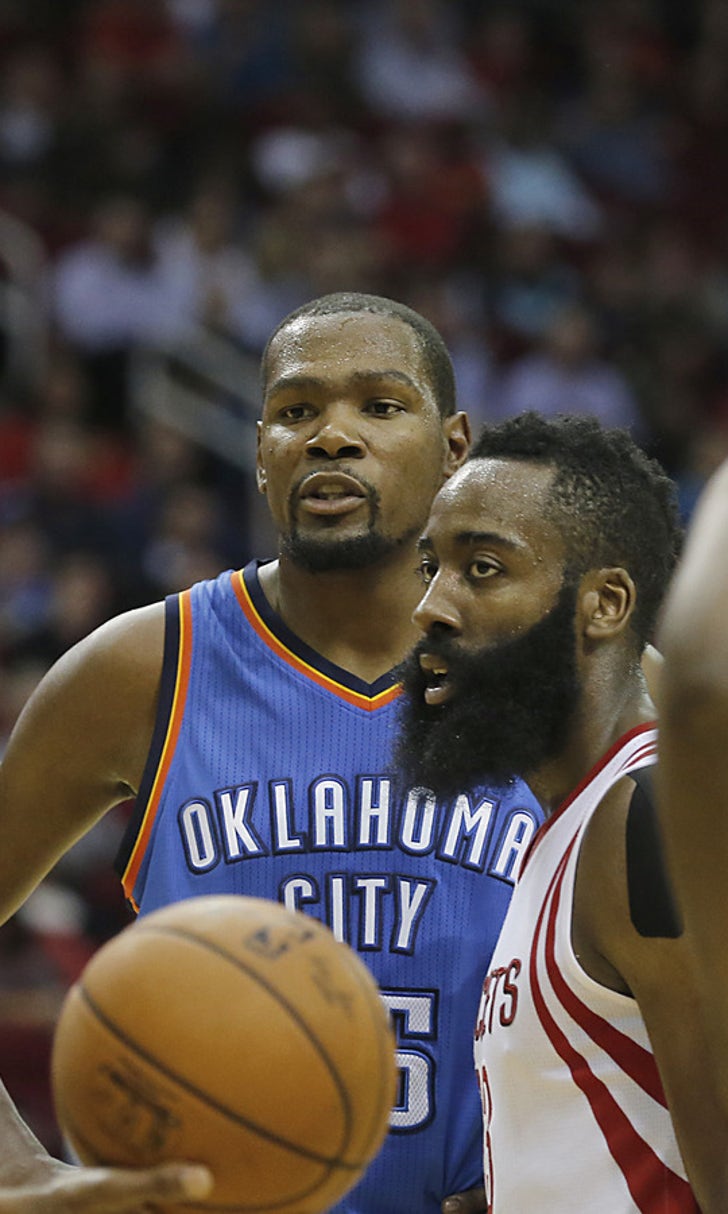 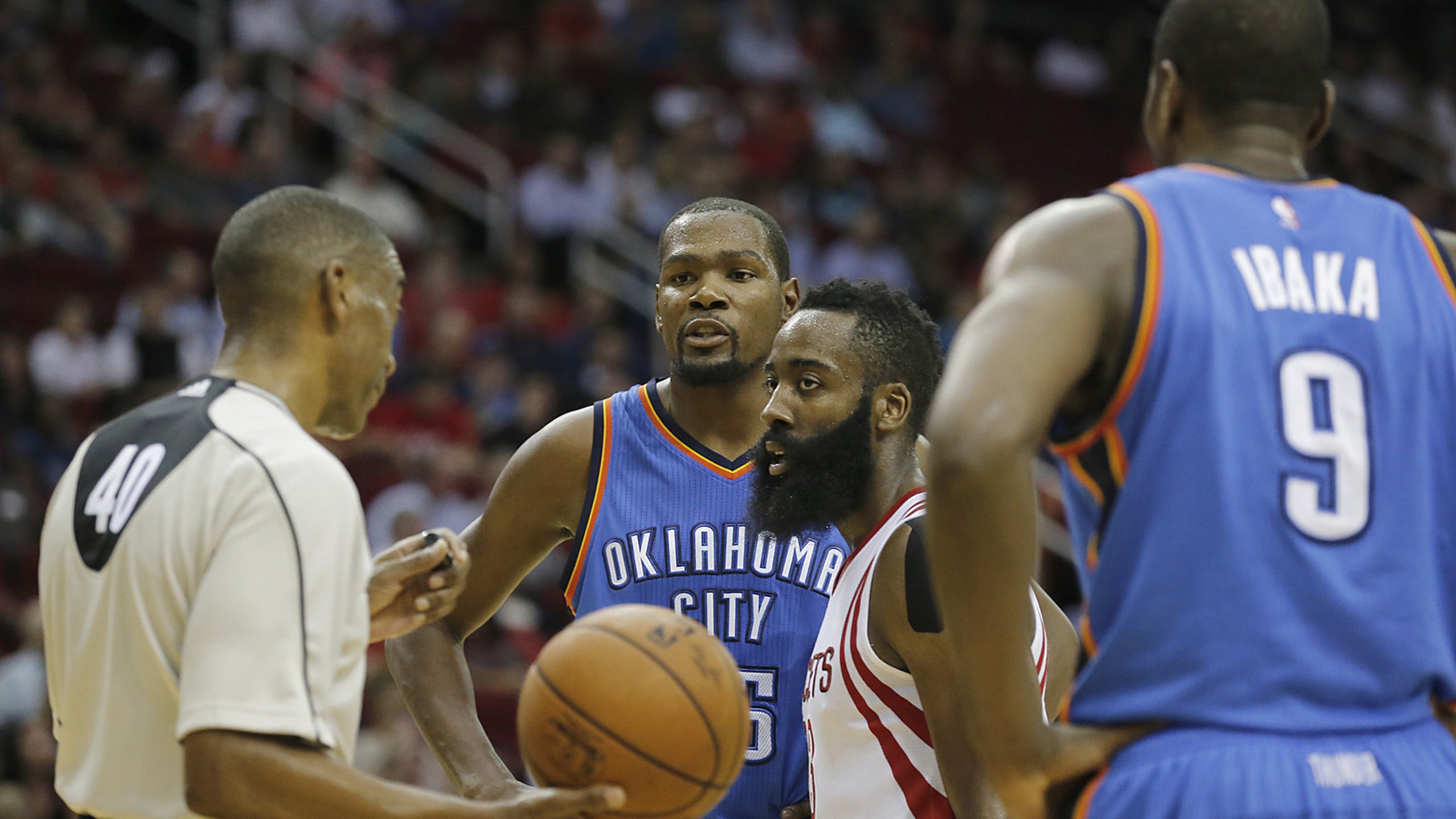 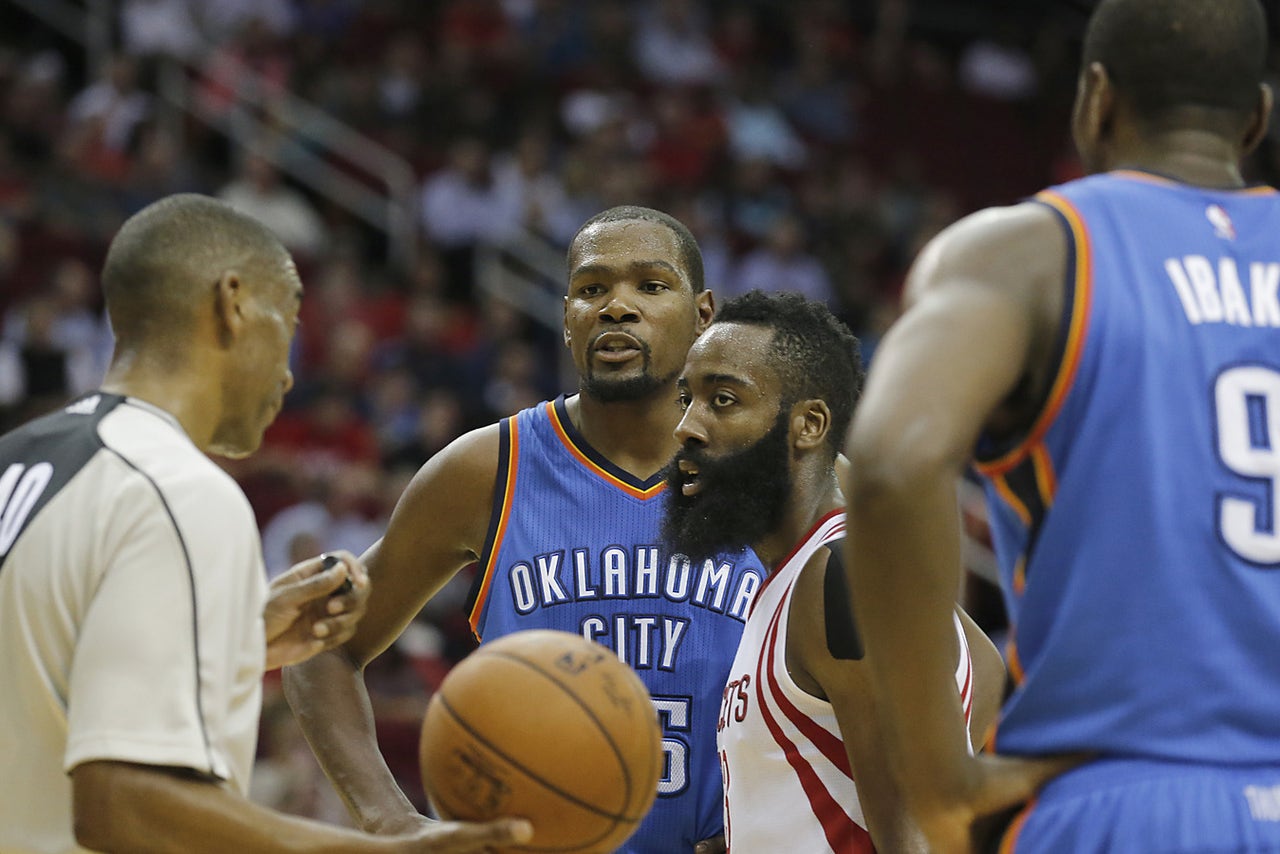 One of the early differences between Oklahoma City Thunder coach Billy Donovan and his predecessor, Scott Brooks, has been Donovan's rotation patterns, or lack thereof.

While Brooks' substitutions were borderline predictable, Donovan has added some spontaneity to the Thunder's rotation, which makes it difficult for opponents to scout the Thunder and pinpoint where certain weaknesses are in lineups.

Over at The Daily Oklahoman, Anthony Slater sifted through the lineup data and discovered a few trends:

This makes a ton of sense. Brooks caught a lot of flak for not playing Kevin Durant at the 4 more, and Donovan is learning his lesson early. Durant is practically unguardable as it is, but bigger, slower players have even less of a shot at containing him. If the opposing defense switches their 3 onto Durant, then the Thunder have a mismatch elsewhere, with a big man defending their wing.

But this isn't the only rotation trend that features a star playing up a position:

Russell Westbrook is too fast and explosive for virtually anyone to cover, and putting him at the 2 puts even greater pressure on opposing defenses. This way, Westbrook can play off the ball more, posting up in the right matchups, but also finding ways to use his athleticism to sneak behind defenses for basket cuts and offensive rebounds.

The point is, Donovan has switched things up, and so far the results have been fantastic.

Before the season, there was much discussion on who would snag more minutes as the Thunder's backup power forward — Nick Collison or Mitch McGary. The answer so far: Neither.

In four games, Collison has played a total of 18 minutes and logged two DNPs. McGary has only appeared once, in four minutes of mop-up duty during the Nuggets blowout. Kevin Durant, essentially, has been the backup power forward, playing alongside either Serge Ibaka, Steven Adams or Enes Kanter.

And those small ball groups have worked. Ten different Thunder lineups have played at least five minutes together. Seven have a positive net rating. The top three include Durant as power forward.

Five Thunder lineups have played at least 10 minutes together. The best of those — with an offensive rating of 116.5 and defensive rating of 81.0 — is D.J. Augustin, Russell Westbrook, Waiters, Durant and Adams.

A bulk of that time together came during that frantic fourth quarter rally against the Orlando Magic. So the small sample size numbers are heavily skewed.

But Augustin and Westbrook in the backcourt is an interesting pairing, especially when facing an opposing guard, like Orlando's Elfrid Payton, who's not a great scorer. You get the benefit of Augustin on the offensive end — shooting, playmaking, ballhandling — while minimizing his defensive issues. Westbrook can shift onto the better of the two offensive guards and hold his own.

That wasn't a great pairing against the Rockets, who have Ty Lawson and James Harden. But in certain matchups, look for that in chunks moving forward.