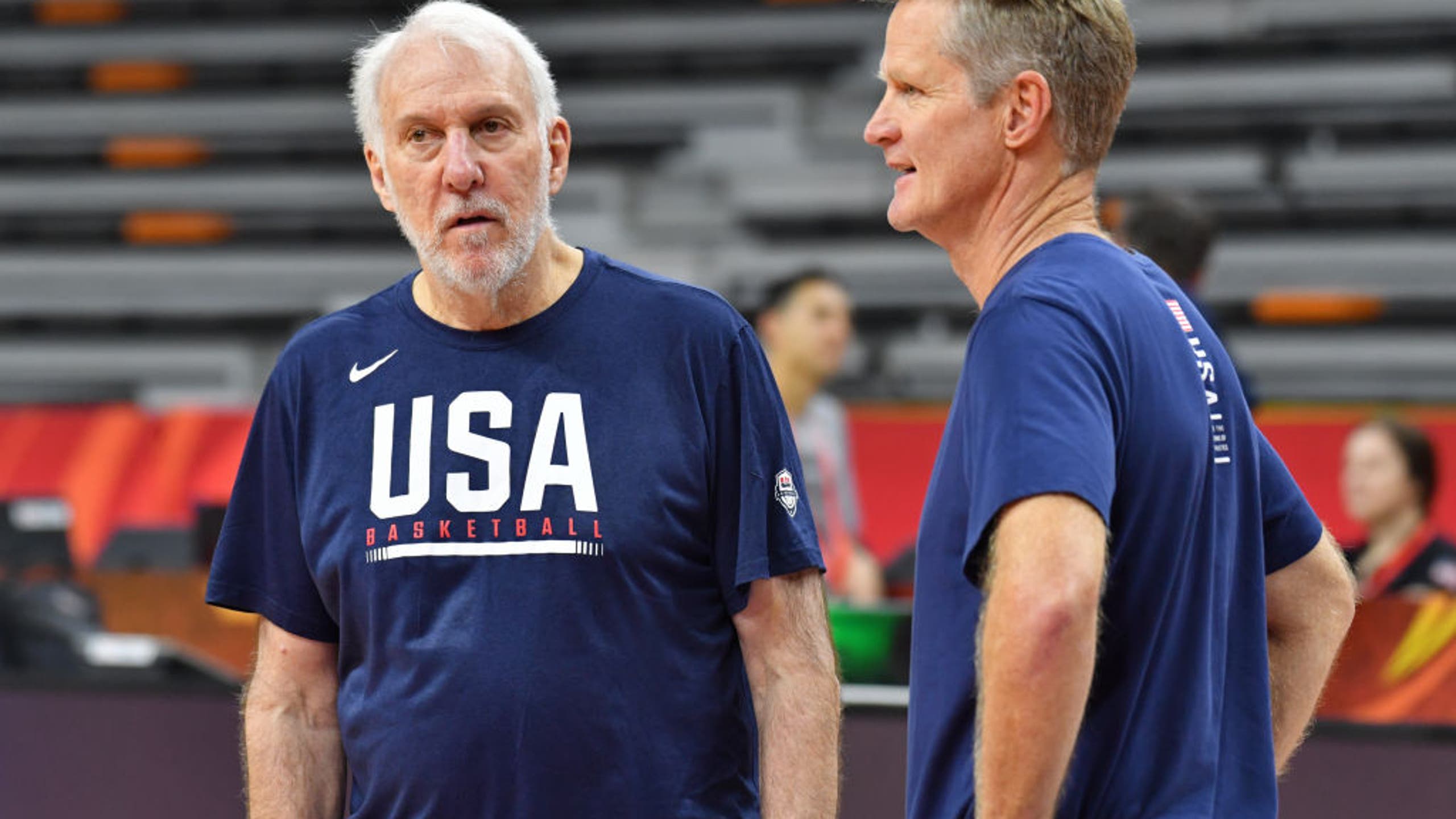 There was an ease about Gregg Popovich.

A joy about Steve Kerr.

It was only fitting that the San Antonio Spurs played the Golden State Warriors on Wednesday, giving the two most outspoken coaches in the NBA -- who also happen to be very close friends -- an opportunity to celebrate following the inauguration of President Joe Biden and Vice President Kamala Harris earlier that morning.

Popovich called Biden "a decent man," adding that he "really genuinely cares about people." Kerr called it "a great day," adding that the Warriors decided to wear their Oakland jerseys to honor Harris, who grew up in the East Bay.

There was only one thing souring the day.

"I think one of the things I miss most about this pandemic is not being able to go out to dinner with Pop, either here or San Antonio," Kerr said.

They weren't able to honor the moment by breaking bread, but Wednesday marked a momentous day for both coaches after they devoted a breathless four years to speaking out against Donald Trump, a president they both saw as unfit to lead the country.

Before Trump was elected in 2016, Popovich kept his views on politics in-house. Coaches of major sports leagues in America don't often speak out on such issues, especially Democratic-leaning ones who live in red states.

That changed four years ago. 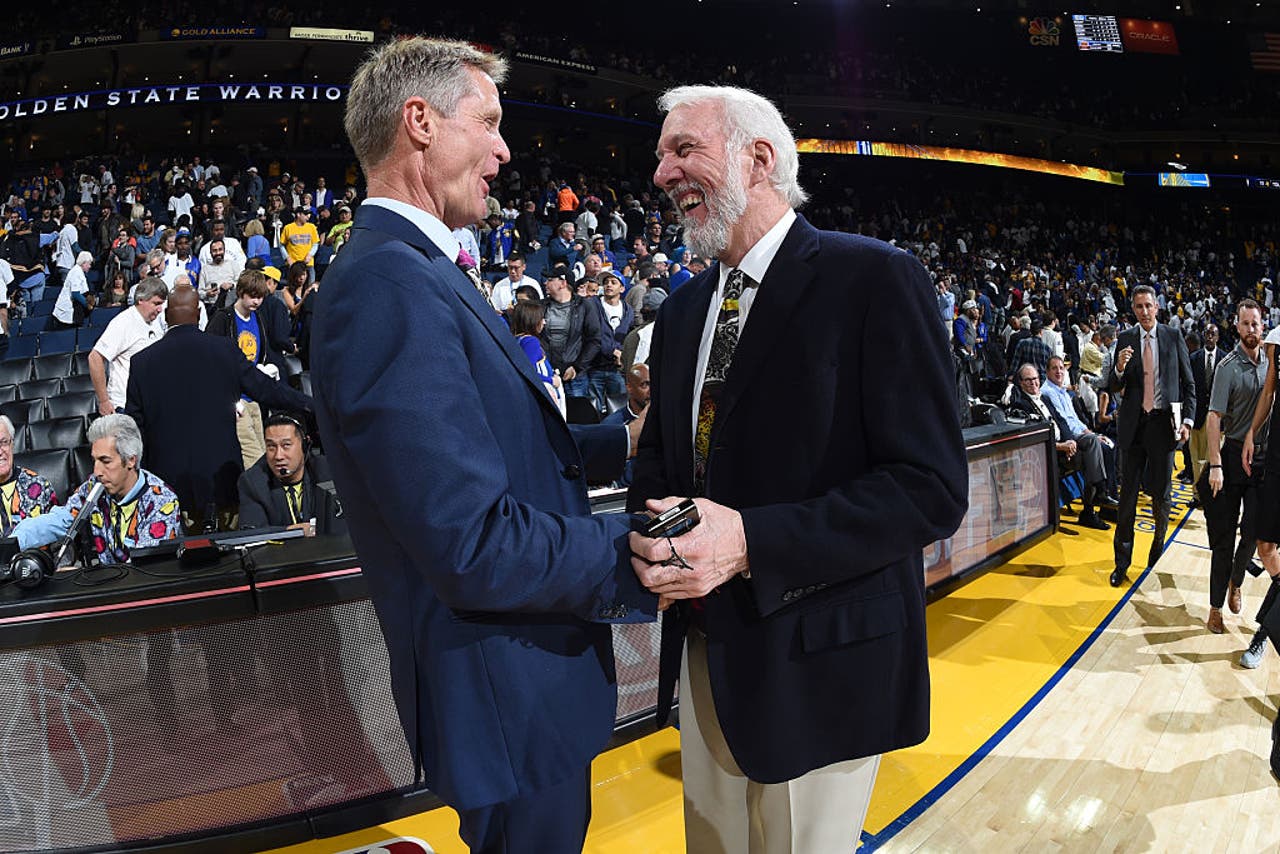 He saw it as his duty as an American to call it out.

"I don't think there was one moment when I decided to speak out," Popovich said Wednesday. "I've always done it kind of privately with my team, whether it's been about race or equal justice or the war in Iraq, a variety of situations. But I've always kept it pretty private. So somewhere along the line, I probably just said something in a more public sense during the last administration, and that's all I can really point to."

Once the floodgates were open, there was no holding back.

Popovich regularly denounced Trump's rhetoric and approach, most recently calling him "deranged" and "dangerous" after the violent incident at the U.S. Capitol two weeks ago.

Popovich's outspokenness had wide-reaching effects across the league. 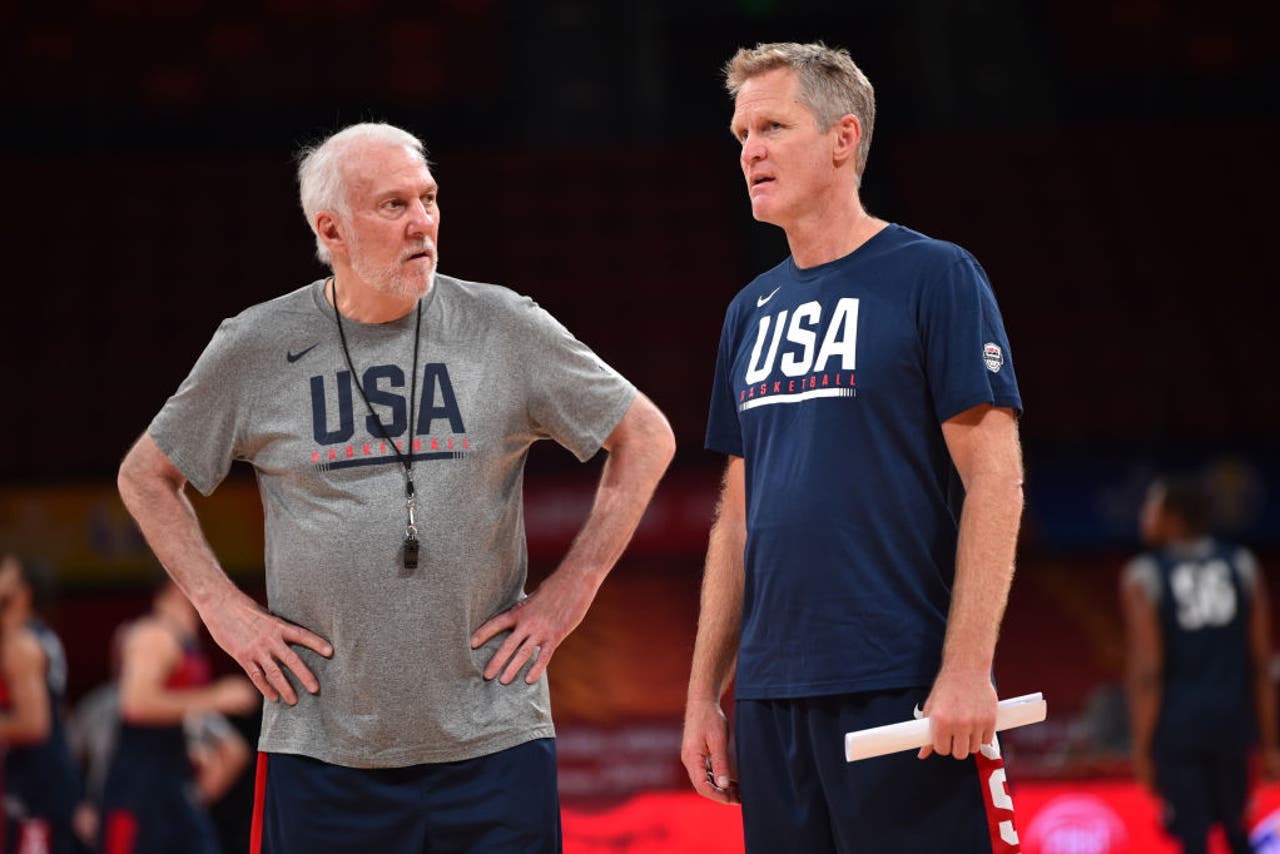 If Popovich, a 71-year-old white man, was willing to speak out on politics and social injustice, others could, too. He gave permission to many coaches and players who otherwise might have bottled up their thoughts and emotions for fear of reprisal.

"I don’t think I ever would have felt comfortable speaking out until Pop’s example," Kerr said. "I think he gave me and a lot of people the courage to speak when we felt we had something to say, and it might be helpful or important.

"I don’t remember many coaches speaking out on political issues or social issues during my playing career. I think part of this movement we’ve seen for the last decade, in particular in sports, I think Pop is one of the key figures in helping that happen."

Kerr, who played under Popovich on the Spurs from 1998 to '01 and 2002-03, went on to become a vocal adversary of Trump. The Warriors refused to go to the White House after winning a championship in 2017, and they weren't invited after winning another title the following season.

In October, one month ahead of the 2020 presidential election, Kerr encouraged people to think before they voted, tweeting all the reasons he thought Trump was unqualified for the job.

For Kerr, there was a specific moment when he decided to break his silence on political issues.

It happened after the shooting at the Pulse nightclub in Orlando, Florida, in June 2016, which left 49 people dead and 53 wounded.

The massacre hit close to home for Kerr, whose father, Malcolm, was assassinated in 1984 by two gunmen outside of the American University of Beirut, where he worked as its president.

"I had been pretty active behind the scenes in terms of gun safety and supporting gun-control groups, and when that murder rampage happened, it was during The Finals, I think, in 2016, and I just had enough," Kerr said last week. "It just seemed like there were mass shootings every week, and that's when I finally decided to speak publicly on an issue. That was probably the first time."

James first decided to take a stand in 2012, after 17-year-old Trayvon Martin was shot by neighborhood watch coordinator George Zimmerman in Sanford, Florida. In his first public showing of activism, James posted on Instagram a photo of himself wearing a hooded sweatshirt alongside his Miami Heat teammates in honor of Martin.

As a father, that incident deeply terrified him.

"Just thinking about that story, having two sons of my own and thinking if I send my kids out to the store and they never return," James said. "And if the information that I got back was the information I heard in the Trayvon Martin case, how heartbroken, how mad, how disappointed I would have been. Not only with my community at that point and time, but with the police, the policing, either if they had a badge or not, the neighborhood watch or whatever the case may be during that point and time. That was the moment where I knew that it was much bigger than just basketball."

Since then, James has used his massive platform of a combined 126.6 million followers on Twitter and Instagram to denounce social injustice, in addition to publicly speaking against the killings of Black men and women in incidents involving police. Also, in June, he helped found More Than A Vote to fight Black voter suppression.

Popovich said James' efforts have made a huge difference.

"I think he's going to be an iconic figure," Popovich said two weeks ago. "Nobody can be what Muhammad Ali was, as far as sport is concerned. But in that same genre. I'm so proud of this guy and so pleased for him that from the time he came in as a teenager to see his development now -- basketball, sure, fine, but as a human being, as a citizen, as someone who looks at the social issues at our time and is willing to speak out about them.

"He doesn't do it with hate. He just tells the truth. And he lays it out there and enables everybody else to feel good about understanding that they do have a First Amendment right, and they can do these things."

The NBA has been at the forefront of social change, and it's largely because of these three men.

Two of them were in the same arena Wednesday, able to enjoy a historic day.

Popovich and Kerr are two of the most respected coaches in the league. Popovich led the Spurs to 22 consecutive playoff appearances, winning five championships, and Kerr led the Warriors to five straight NBA Finals appearances from 2015 to '19, winning three championships.

But according to their players, they're going to be remembered for so much more.

They put themselves on the line, risking public blowback, and they encouraged many people around them to also take that risk.

'I'll never shut up'
LeBron James responded to Zlatan Ibrahimovic's criticism of his social activism, saying he has no plans to stop.
59 mins ago