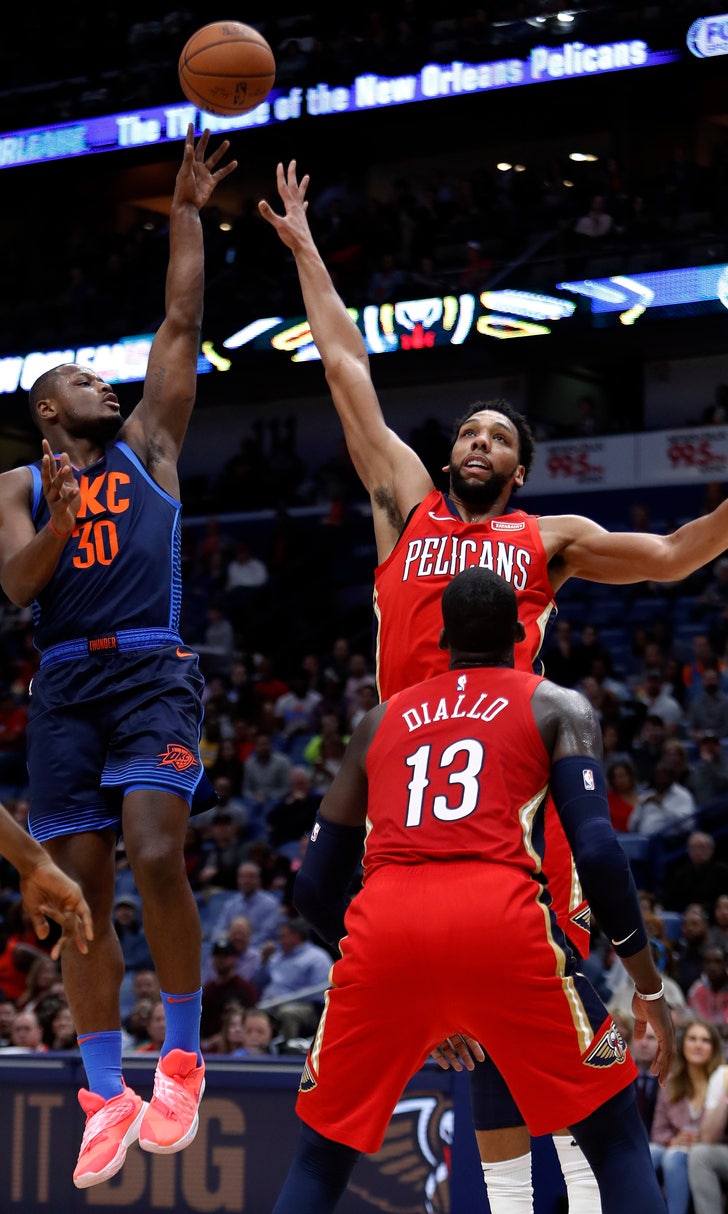 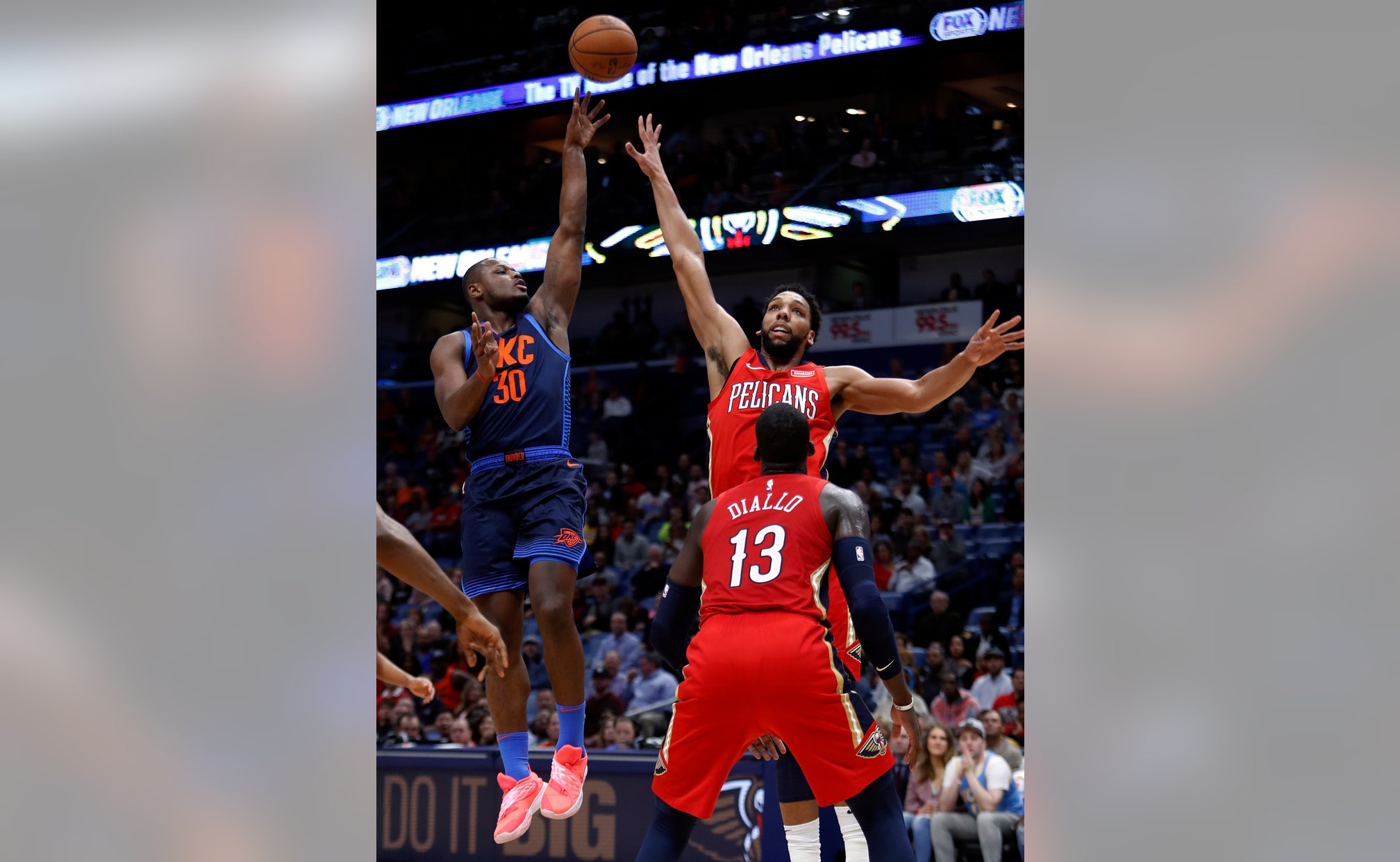 NEW ORLEANS (AP) — Julius Randle capped a 33-point, 11-rebound performance with three clutch baskets in the final minutes, and the New Orleans Pelicans beat the Oklahoma City Thunder 131-122 on Thursday night despite losing All-Star Anthony Davis to a shoulder injury after the first half.

Davis was in the game when the first half ended, but kept his left arm still as he walked to the locker room shortly after fouling Nerlens Noel on an attempted shot block with his left hand in the final second of the second quarter. When the second half began, the Pelicans announced that Davis was out of the remainder of the game with a left shoulder injury, putting his availability for this weekend's All-Star Game in doubt.

Russell Westbrook increased his record triple-double streak to 11 games with 44 points, 14 rebounds and 11 assists. But he missed a late 3-point attempt when the Thunder trailed by five just inside the final minute of the game. New Orleans rebounded and held on from there.

Jrue Holiday had 32 points and seven assists, none more timely than his driving feed to Randle in the paint with 1:30 to go.

The Knicks ended their longest skid within a single season with their first victory since Jan. 4 at the Los Angeles Lakers. New York, with the Eastern Conference's worst record and second-worst overall, had dropped 26 of 27.

Kadeem Allen and John Jenkins each added 14 points. Damyean Dotson finished with 13 points and DeAndre Jordan had 13 rebounds for New York, which never trailed and only was tied twice, in the second quarter.

The Magic have won five straight for the first time in more than three years. Nikola Vucevic had his fifth straight double-double with 17 points and 11 rebounds, while Aaron Gordon added 10 points and 10 rebounds. Jonathan Isaac scored 16 points.

The Magic led 71-36 at halftime, their biggest lead in any game this season. Guard D.J. Augustin drilled a 3-pointer on the first possession of the second half and the Hornets never got closer than 29 points after halftime.