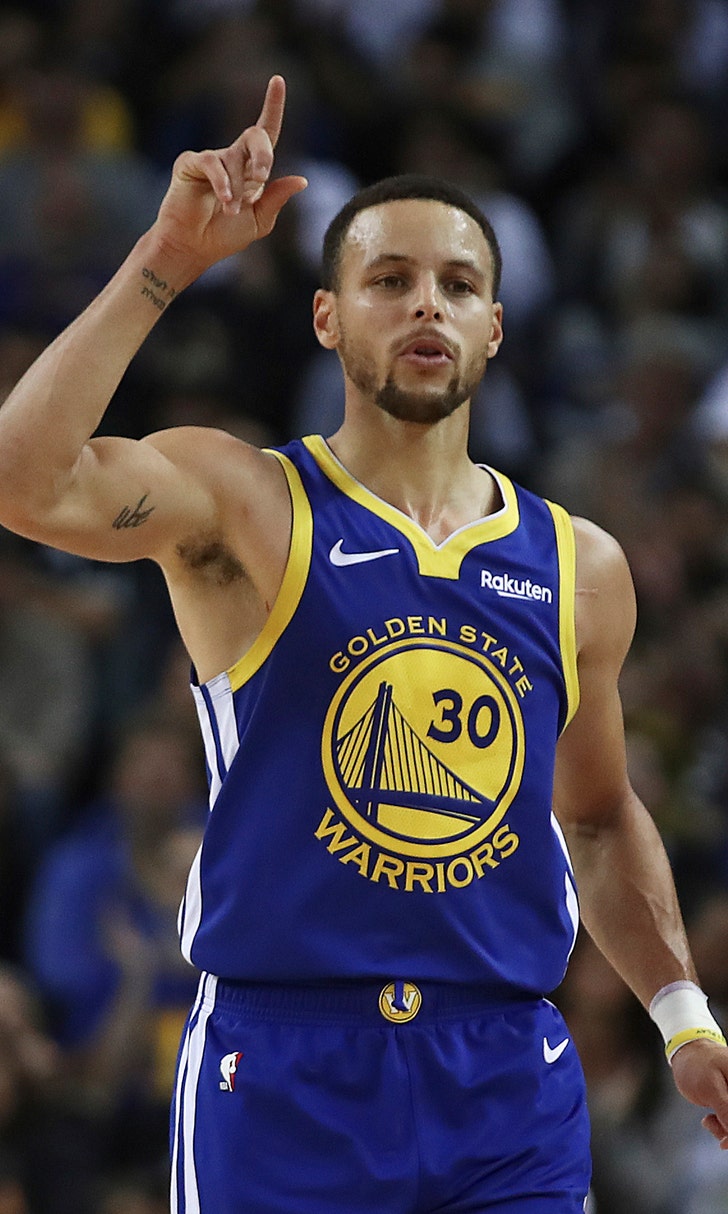 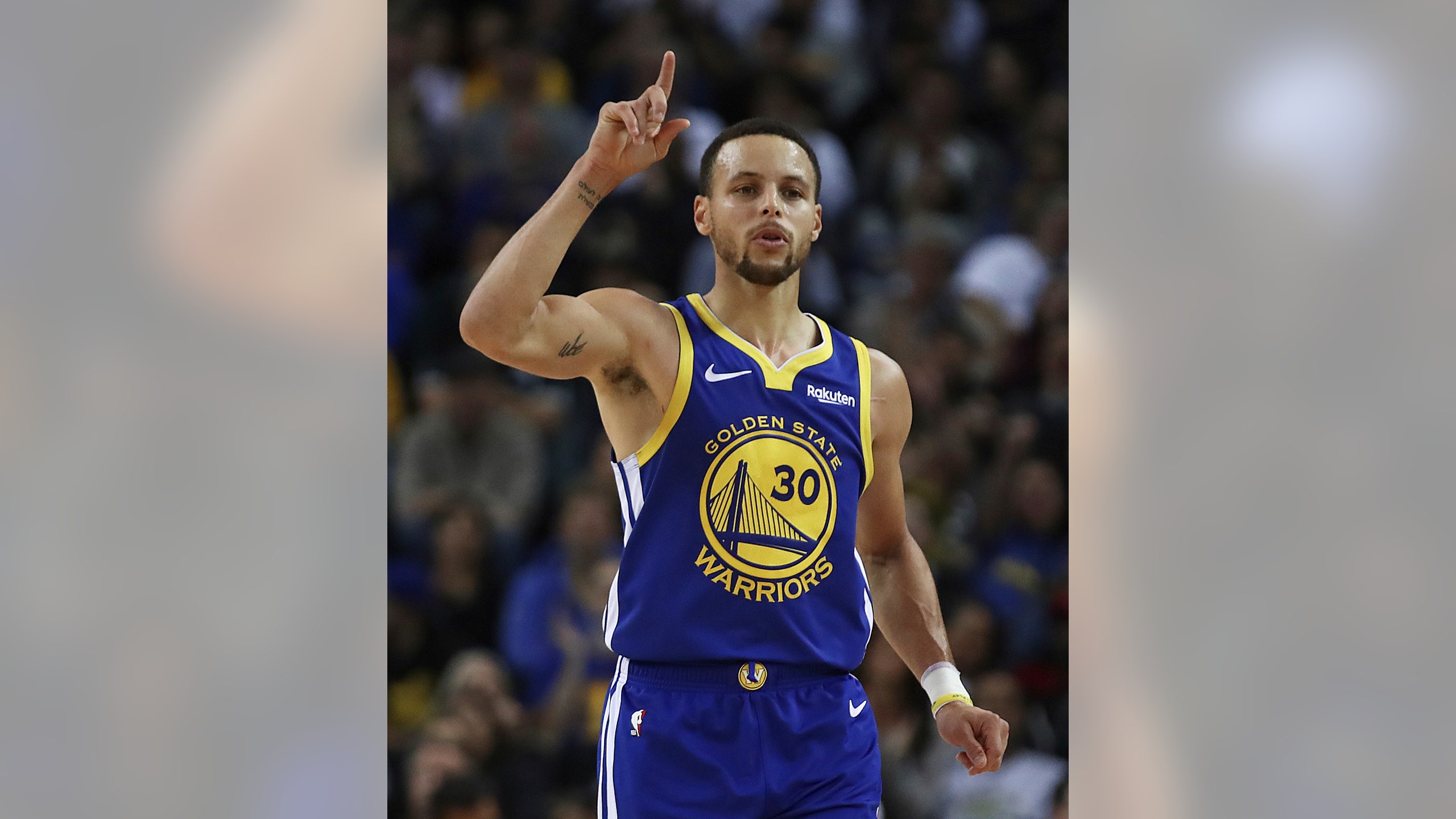 The Warriors coach isn't even trying anymore, not with the way his All-Star point guard is playing since coming back from a groin injury.

Curry had 38 points, seven rebounds and six assists, and Golden State beat the Minnesota Timberwolves 116-108 on Monday night in Draymond Green's return to the Warriors' lineup.

Klay Thompson scored 26 points and Kevin Durant had 22 as Golden State prepared for Wednesday's showdown with Toronto by earning its fourth straight win.

"He's good at basketball," Kerr deadpanned. "Nothing he does surprises me. Even on a night he gets off to a slow start he finds a way."

Curry, who recently returned after sitting out 11 games with an injured groin, got going after missing six of his first nine shots. He made a pair of 3s and scored 14 points in the third quarter, including Golden State's final nine of the period, and then made consecutive shots from deep after the Timberwolves closed to 101-93 in the fourth.

Thompson and Durant provided plenty of support. It's the fourth time this season that the trio has scored 20 or more points in the same game.

Curry is averaging 31.4 points in five games since coming back from the injury.

"We were trying to do a lot in the first half just because we had another playmaker out there," Curry said. "We were playing really, really fast and excited. Just had to settle in and make the simple play. In the second half we kind of slowed down."

Green, the 2017 NBA Defensive Player of the Year, had seven points, 10 rebounds and seven assists after being sidelined for 11 games with a right toe injury. He made his first shot, a 3-pointer, and then playfully challenged the Timberwolves to come guard him.

"I felt like a kid in the candy store the last few days," Green said. "To come back off a layoff like that, I felt pretty good. I really had no issues at all. It's good to get back to who we are."

"It's a great team and to beat a great team you've got to play 48 minutes," Timberwolves coach Tom Thibodeau said. "We didn't do that."

The Warriors led 12-0 early and got a spark from Green.

After making his 3-pointer, Green had a second bucket on a goaltending call against Gorgui Deng, and then scored on a driving layup. The excitable Green also picked up a foul for setting an illegal screen and jawed at a referee while walking down the court.

Timberwolves: Robert Covington scored seven points on 2-of-7 shooting in his return after sitting out Saturday's loss in Portland. ... Rose scored 11 points in the second quarter, and then made an outstanding play to block a 3-point attempt by Jonas Jerebko near the Minnesota bench in the third. ... Minnesota has lost six straight to Golden State.

Warriors: Thompson made a buzzer-beating 3-pointer at the end of the first half. ... Andre Iguodala did not play because of tightness in his right hip. ... Curry, Durant and Thompson have each scored 20 or more points in the same game 35 times as teammates.

DeMarcus Cousins practiced with the Warriors G-League team in Santa Cruz earlier in the day, and then was back on the court at Oracle to put in some extra work before the game against the Timberwolves.

There is still no timetable for Cousins' return from a torn Achilles tendon, but the four-time All-Star center is definitely getting close.

"We want to make sure he's really comfortable with his conditioning and movement before we put him out there," Kerr said. "Everything has come along nicely. This is not about a doctor saying he can't play. It's more about when he's ready to go out there and perform well."

All-Star squads selected
LeBron James and Kevin Durant picked their squads for Sunday's NBA All-Star Game, and there was plenty of talent to choose from.
1 day ago

Win $25,000 With NBA Super 6
The NBA features some juicy games ahead of the All-Star break. Here's how you can win some money on the marquee matchups.
4 days ago