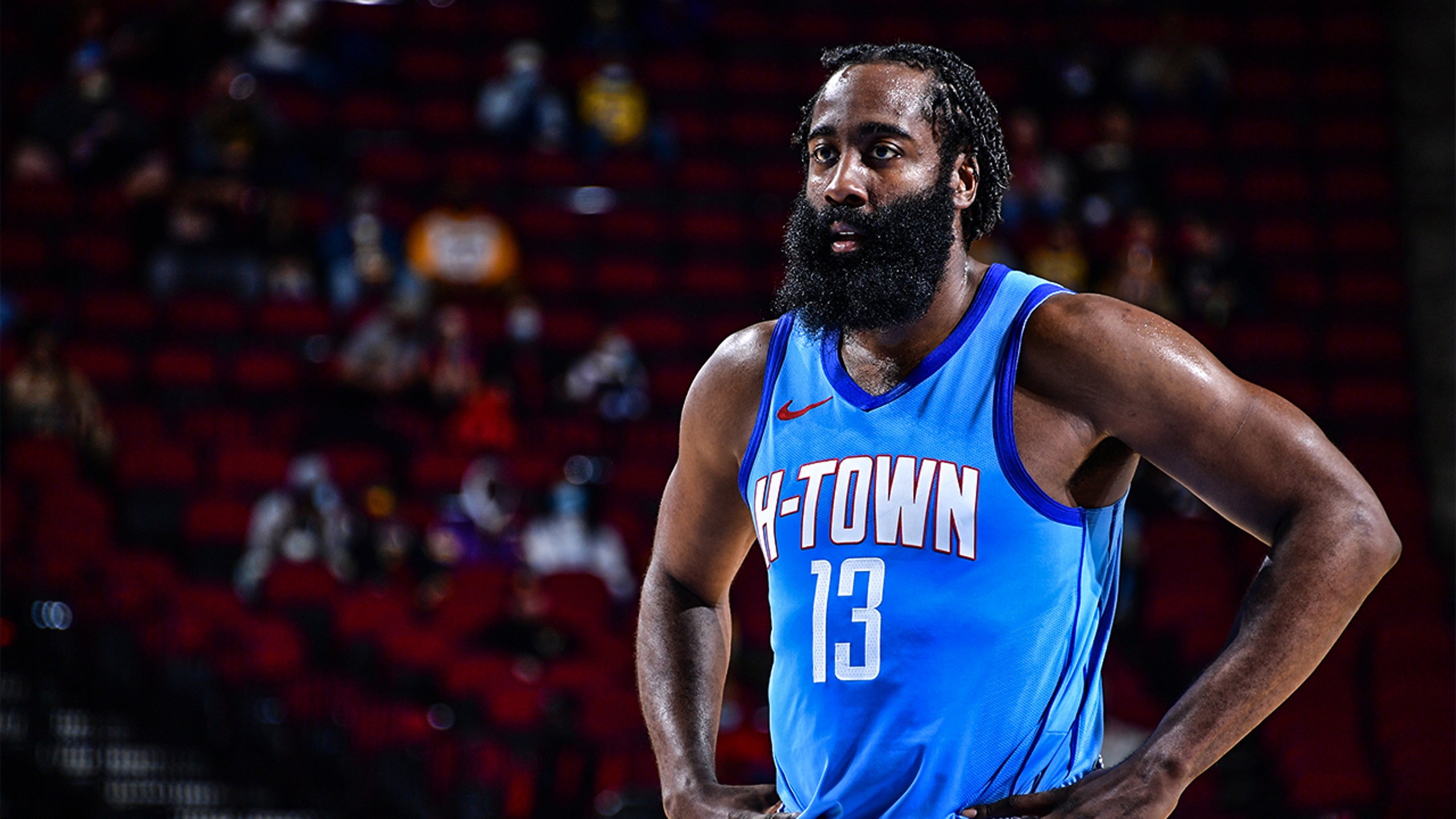 previous story
Fire In The Kitchen
next story
Is Bama The Best Of The Best?
National Basketball Association

They stood by him after he requested to be traded by the Houston Rockets and after he missed the beginning of training camp when he didn't get his way, opting to party maskless in Atlanta and Las Vegas and then needing negative COVID-19 tests for six straight days before he could rejoin the team.

DeMarcus Cousins and John Wall called that his business. They deflected. They showed the superstar respect, even though they clearly weren't being given any.

But things only got worse.

Days before the Rockets' season opener, Harden again partied maskless, purportedly at a club in Houston, and needed to quarantine for four straight days.

He never gave the Rockets a chance this season. He was always checked out, engaging in private sabotage. Then, on Tuesday, he took things a step further, publicly throwing his team under the bus.

After the Rockets' 117-100 loss to the Lakers, Harden lifted the veil, saying that his team just wasn't good enough.

"It’s something that I don’t think can be fixed," he told reporters.

His teammates also let their real feelings be known.

Said Cousins: "The other 14 guys in the locker room have done nothing to him. For us to be on the receiving end of some of the disrespectful comments and antics, it's completely unfair to us."

Added Wall: "It's only been nine games. Come on, man, you want to jump off the cliff after nine games?"

Things were finally broken beyond repair.

Harden was not at Rockets practice Wednesday. Shortly after it ended, news broke that he had been dealt to the Brooklyn Nets in a four-team trade that sent Victor Oladipo to the Rockets, Caris LeVert to the Indiana Pacers, and Jarrett Allen and Taurean Prince to the Cleveland Cavaliers. The Rockets also received four unprotected first-round picks, including three from Brooklyn and one from Cleveland.

It's good news for the Rockets, who will finally have a chance to build chemistry after a 3-6 start. Their naysayer is gone, replaced by an eager 28-year-old who is averaging 20 points, 5.7 rebounds and 4.2 assists this season.

But it's a bit unsettling for the Nets (6-6), who gained one of the top players in the league – and one of its moodiest and most unpredictable personalities.

Harden, an eight-time All-Star and one-time MVP in 2018, will be playing alongside Kevin Durant, his former teammate in Oklahoma City, and Kyrie Irving, who has been enmeshed in drama of his own all season.

Irving is currently out indefinitely because of personal reasons, and the NBA has launched an investigation into a video that surfaced of him attending a family birthday party without a mask.

Essentially, the two guys who have been encircled in the most drama this season are now teammates.

Many conclusions can be drawn from this pairing. High among them is poor Steve Nash, who is in his first season at the helm of a team.

Before the Nets played the New York Knicks on Wednesday, Nash declined to comment on the trade, which is not yet official.

He didn't want to weigh in on various hypotheticals, including how another superstar might fit into the culture he has created or how guys with incredibly high usage rates would share the ball.

One thing Nash did say is that he's tough.

"I'm used to a certain amount of duress and adversity and welcome that," said Nash, a former two-time MVP with the Phoenix Suns. "I think that's where we learn the most about ourselves."

This will definitely be an interesting experiment.

Harden is a scoring machine who gave the Rockets a ticket to the playoffs in eight straight seasons and led them to Western Conference finals appearances in 2015 and 2018.

On paper, Harden joining the Nets is a thrilling prospect for a team trying to win its first NBA championship.

But Harden is complicated, and he's going to be playing alongside two players who aren't known to enjoy sharing the limelight.

Durant left the Golden State Warriors in free agency in 2019 after feeling that he was always playing second fiddle to Stephen Curry. Irving forced his way out of Cleveland in 2017 because he hated playing behind LeBron James.

Now all of these guys who hate sharing the spotlight are going to play together. What could possibly go wrong?

Sure, it just might work out. After all, Durant is friends with both players. Irving has said he is over playing "hero basketball." Harden is desperate to win a title and might be willing to make sacrifices to do that at this stage of his career.

But chemistry is intangible, and it remains to be seen whether the Nets’ now eye-popping roster will actually work – or if it will be just an illusion of greatness.

Remembering Kobe: A Helping Hand
After Gordon Hayward suffered a traumatic leg injury in October 2017, his relationship with Kobe Bryant began to blossom.
8 hours ago