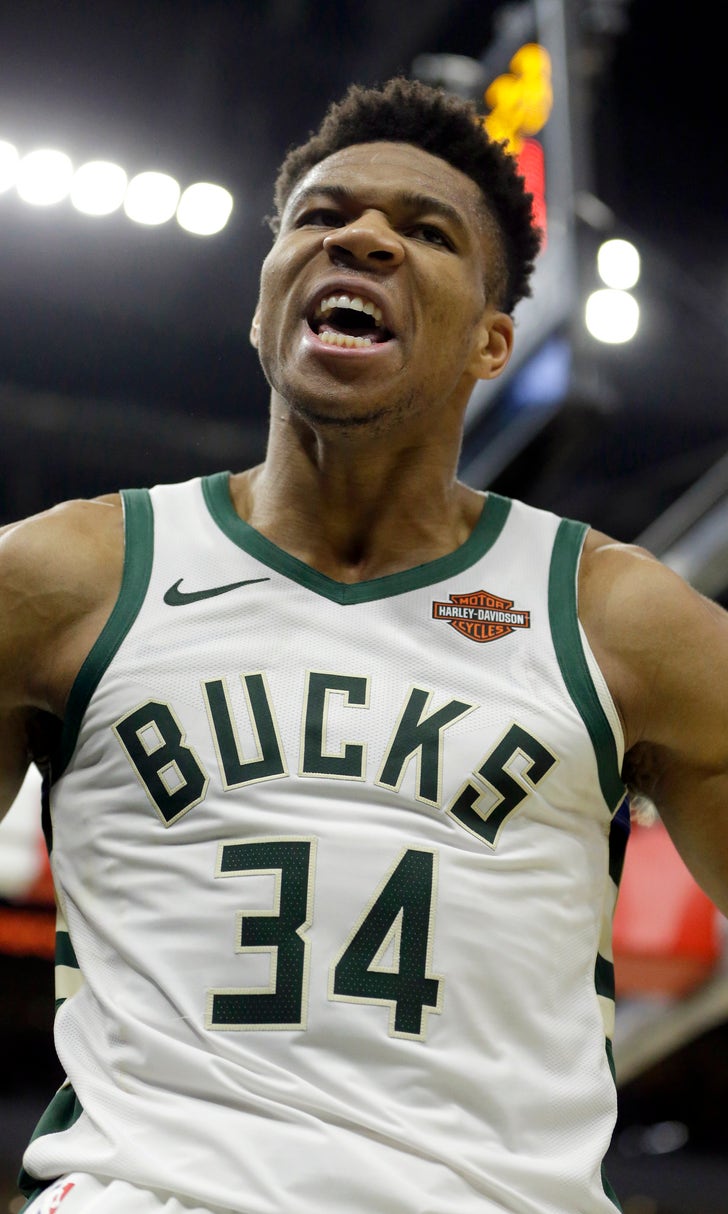 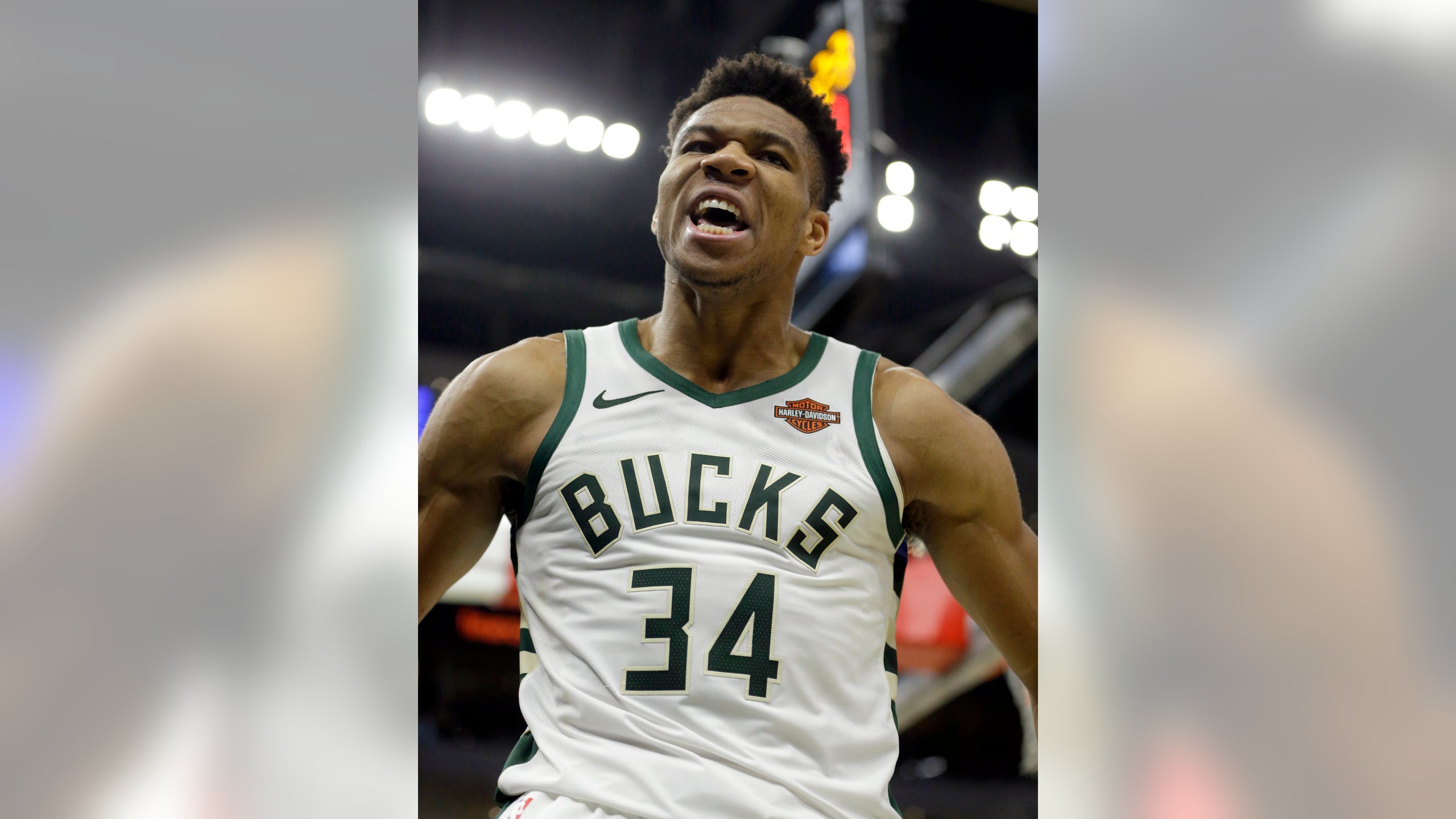 A little too crazy for the All-Star.

Antetokounmpo scored 43 points, Eric Bledsoe had 22 points and 11 assists, and the Milwaukee Bucks beat the Washington Wizards 148-129 on Wednesday night for their fifth consecutive victory.

"I think we were just trading baskets at one point," Antetokounmpo said. "We're a good team but we're trying to be a great team.

"Even though we scored a lot, we were sloppy. Defensively we have to pick it up a little bit because that's not the face we want to show."

The Bucks shot 60 percent (56 for 93) from the field and placed six players in double figures while becoming the first NBA team with 40 victories. Malcolm Brogdon had 18 points and Khris Middleton finished with 16.

Bledsoe helped finish off the Wizards with 10 points in a quick scoring flurry, including a dunk off a missed free throw by Antetokounmpo. He made a 3-pointer with 7:07 remaining to make it 138-118.

"I just saw Brad (Bradley Beal) talking to the ref," Bledsoe said. "That was my chance to sneak in and try to get a rebound. I didn't know I was going to dunk it.

"I just tried to make a play."

Beal led Washington with 30 points, and Thomas Bryant had 26. Jeff Green finished with 22 points for his fourth straight game with 20 or more.

The Wizards (22-32) played without Otto Porter Jr. after he was traded to the Chicago Bulls for Jabari Parker, Bobby Portis and a protected 2023 second-round pick.

A person familiar with the negotiations said late Wednesday that Washington had agreed to trade Markieff Morris to New Orleans for Wesley Johnson. There will be draft considerations in the deal as well, according to the person who spoke to The Associated Press on condition of anonymity because the NBA trade call was pending.

Antetokounmpo went 17 for 21 from the field in Milwaukee's highest scoring game of the season. He also had six rebounds, four assists and three steals.

But he credited Bledsoe for making the difference.

"He's amazing," Antetokounmpo said. "He's been amazing all year. He came in with a defensive mindset. He was in the passing lanes. He made Bradley Beal take tough shots. He gave us the extra energy and we were able to close the game."

It was the highest scoring quarter of the season for Milwaukee. The halftime total was two shy of the franchise record for points in a half set on March 14, 1979, versus the New Orleans Jazz.

"We shot the ball really well," Bucks coach Mike Budenholzer said. "We mixed in getting to the basket. It was just the normal stuff. We were playing fast a lot of possessions and they were scoring, too.

Ersan Ilyasova broke out of a scoring slump with 12 points for Milwaukee. The reserve forward was 4 for 4 from the field.

Wizards: Porter was with his teammates preparing for the game when he was informed of the trade less than an hour before tip-off. He was averaging 12.6 points and 5.6 rebounds for the Wizards this season. ... Former University of Wisconsin star Sam Dekker had 12 points in 21 minutes.

Bucks: C Thon Maker was traded to Detroit for 6-foot-7 wing Stanley Johnson. A person confirmed the deal to The Associated Press on condition of anonymity because it had not been announced publicly. The 7-foot-1 Maker was the 10th pick in 2016. He started 34 games as a rookie in 2016-'17 but has mostly come off the bench since then and had fallen out of the Bucks rotation.

Bucks: At Dallas on Friday night.