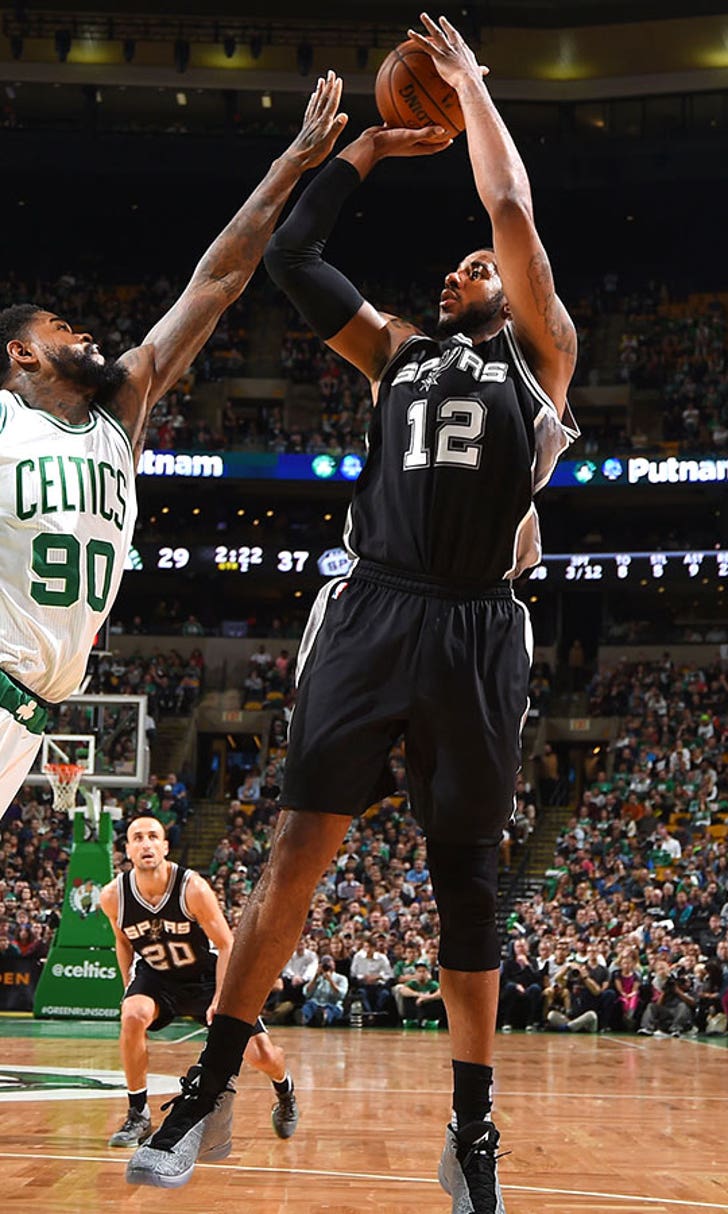 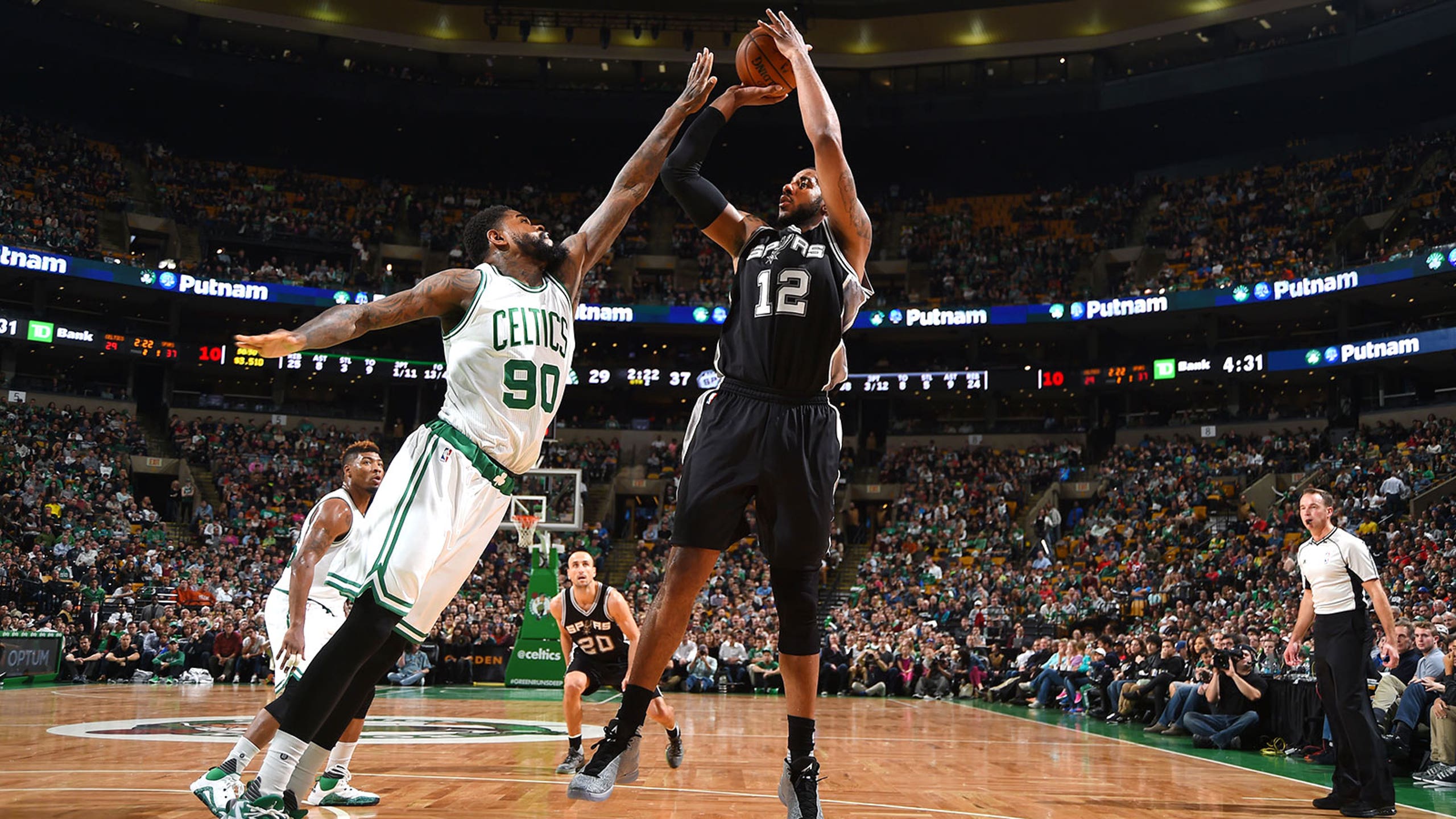 Aldridge has breakout game as Spurs hold off gritty Celtics 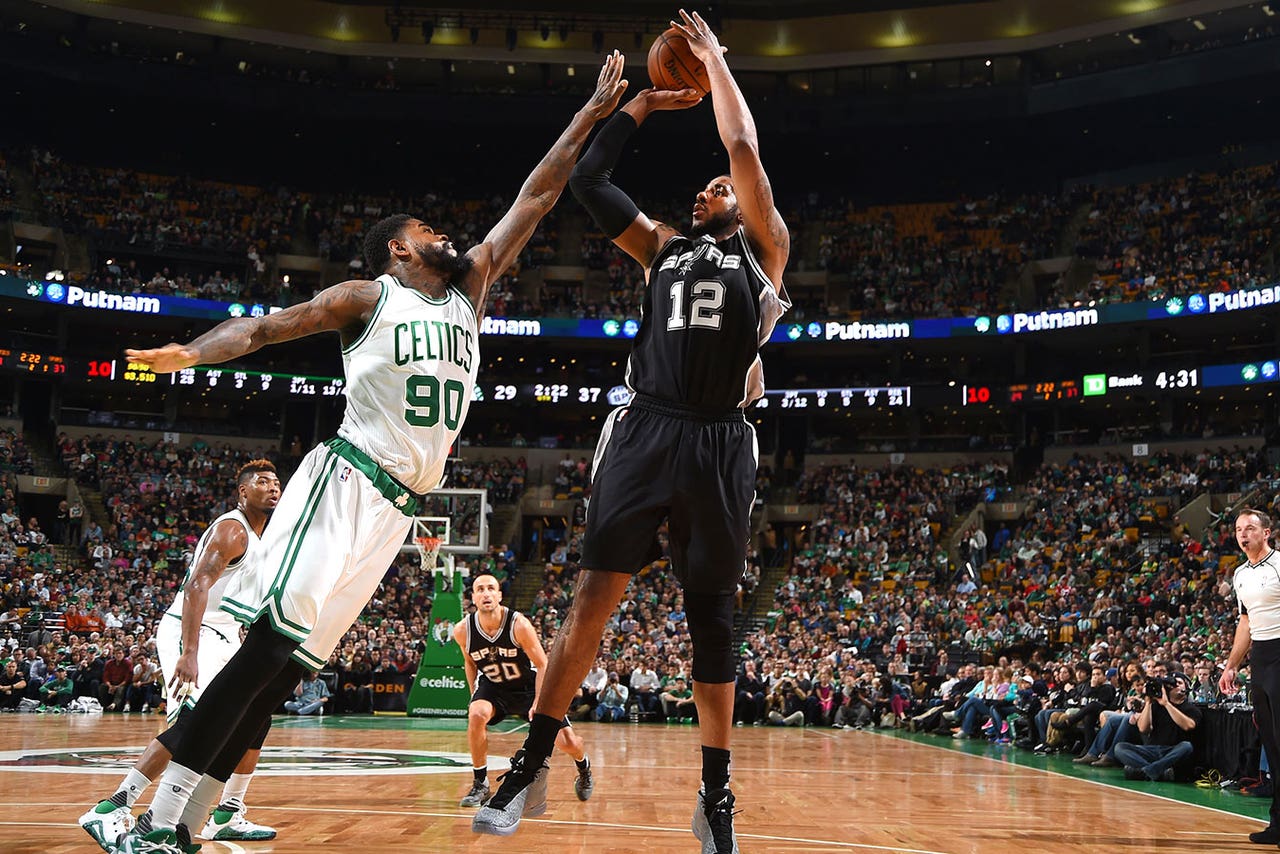 Just imagine where he'll be once he's comfortable.

Aldridge had 24 points and 14 rebounds, Kawhi Leonard added 19 points and the Spurs beat the Boston Celtics 95-87 on Sunday.

"No matter what system he's in, there's going to be a learning curve," Popovich said. "It's the third game of the season."

Aldridge was signed by the Spurs to a four-year deal after he spent nine years in Portland. Boston coach Brad Stevens thinks the Spurs will be even tougher once Aldridge gets used to his new teammates.

"He disrupts it because he's an all-league player," Stevens said. "I think the biggest thing is that, as they're figuring each other out, they're not as crisp as they will be in three months, four months, but they're still awfully good."

Aldridge had eight points in the final period as the Spurs held off the charging Celtics.

San Antonio opened a double-digit lead early in the game, but the Celtics closed a 14-point, fourth-quarter deficit to four points three times in the final 4 minutes, the last on Smart's 3-pointer from the right corner that made it 86-82 with 2:45 to play. But then Leonard nailed a jumper and Tony Parker had a fast-break layup with 2:02 to go.

Avery Bradley led Boston with 18 points and Marcus Smart had 17. Isaiah Thomas scored 15 points, but shot only 4 of 18 from the floor. Jared Sullinger had 10 points and eight rebounds.

"As a group, we couldn't hit shots," Thomas said. "Then, when we did get back into it, you've got the Spurs making shots."

The Spurs had a 13-point halftime lead sliced to seven by Boston's 8-0 run early in the third, but San Antonio pushed it back to double digits 2 1/2 minutes later.

The Spurs led 64-54 after three quarters.

Spurs: It was their first of three road games in four days. They are opening the season with six of their initial eight away from home.

Celtics: F Kelly Olynyk was the 11th player to see action for Boston. On Friday, he was one of the first two subs. ... Thomas, who averaged 26 points in Boston's first two games, was just 1 for 9 from the floor in the first half.

Before the game, Popovich talked about a photo of former Celtic and Hall of Famer John Havlicek that he has hanging in his office in San Antonio.

"I brought it with me from Pomona-Pitzer when I came to San Antonio and I put it up again," he said. "In that room, there's a chair and a table and a lamp -- and there's a picture, and it's been there for the last 18, 20 years. It's John Havlicek, so I do think about the legacy here."

Spurs: At the New York Knicks on Monday.

Celtics: At Indiana on Wednesday.

Going Hollywood
With Matthew Stafford and Trevor Bauer landing in Tinseltown, Colin Cowherd ranks the top superstar athletes in Los Angeles.
February 16
those were the latest stories
Want to see more?
View All Stories
Fox Sports™ and © 2021 Fox Media LLC and Fox Sports Interactive Media, LLC. All rights reserved. Use of this website (including any and all parts and components) constitutes your acceptance of these Terms of Use and Updated Privacy Policy. Advertising Choices. Do Not Sell my Personal Info