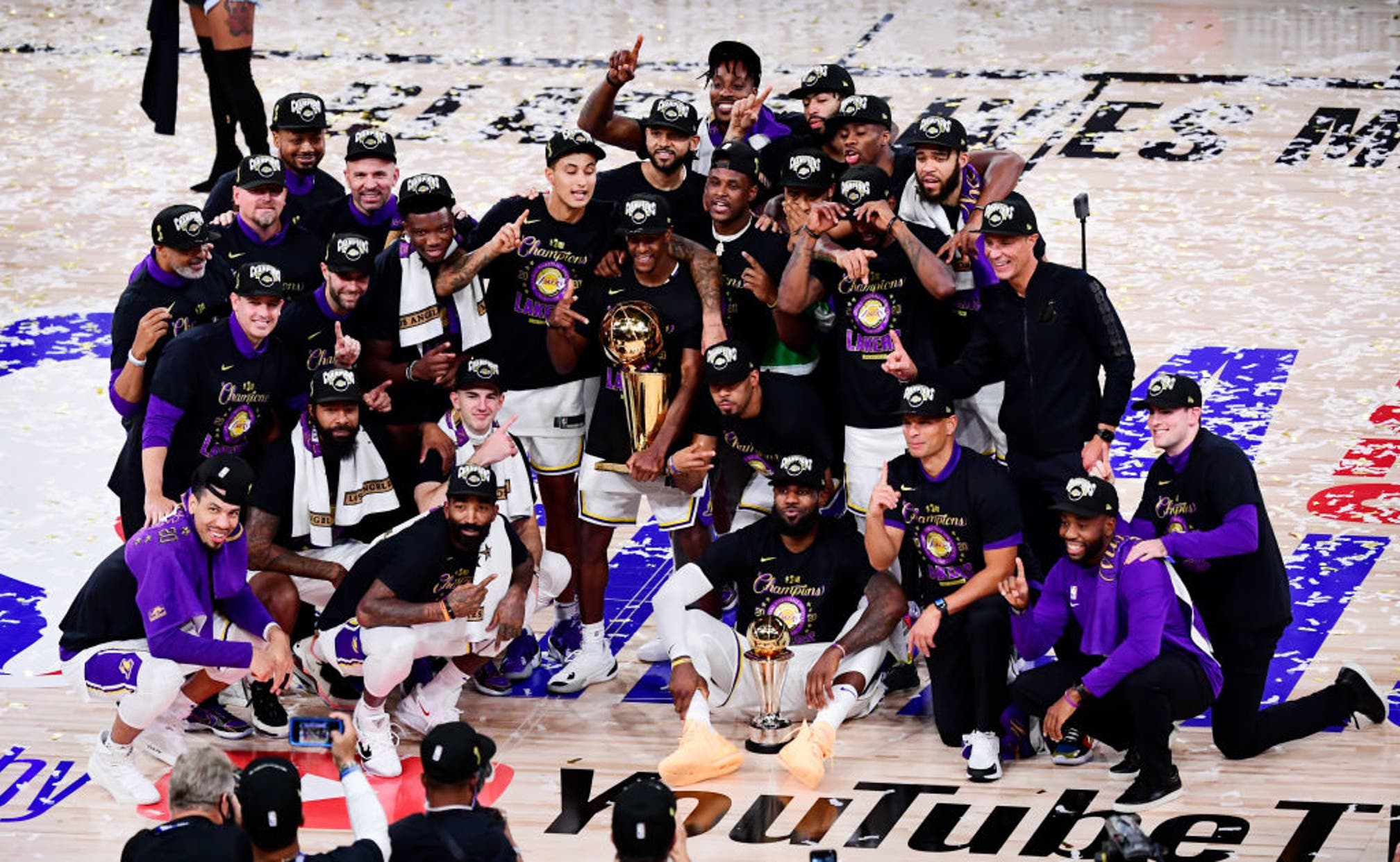 The Los Angeles Lakers have done it.

Now, it's time for Chris Broussard to look back at the 2020 NBA Finals that was, and of course, look ahead to the future.

Here are Broussard's takes on six pressing questions now that the 2020 NBA season has concluded.

1. Before the Finals, you said there would be no asterisk on this championship. Do you still feel that way?

Broussard's Take: Yes, no asterisk, good or bad. I think asterisk should go by championships or achievments when the winner has an advantage, particularly an unfair advantage. Such as in baseball with steroids. But in this case, there was no advantage, no home court advantage, no travel – everybody is going through the same deal. You can look at any year and put an asterisk on it, due to lockout or major injury. It takes a whole lot for there to be an asterisk.

When the NBA season was suspended back in March, and then restarted at the end of July, the sports world was split on whether the 2020 NBA champion would be a legit champion.

When the season came to a halt, the Lakers had played 63 games (49-14), 19 less than a traditional 82-game schedule. All 22 teams that landed in Orlando then played eight seeding games, and the Lakers went 3-5 in those games, finishing the "regular season" at 52-19, equaling 71 games before entering the playoffs.

Although LA clinched the No. 1 seed in the Western Conference, they were not able to enjoy a true homecourt advantage in the bubble. However, it didn't seem to matter, as the Lakers went 16-5 en route to winning the NBA title.

2. Where does this championship put LeBron in the conversation among Laker greats?

Broussard's Take: I think he's the greatest player ever to play for the Lakers, just like I thought Kareem before LeBron was the greatest player ever to play for the Lakers. But the greatest Laker is Magic Johnson or Kobe Bryamt. Honestly, I think LeBron has a ways to go before he becomes a legacy Laker. His number will be retired and having his jersey in the rafters in STAPLES is great. Bringing them their 17th championship and winning in the year of Kobe's death is huge. But the fact is Magic, Kareem, and Kobe brought you five and Shaq brought you three. It's hard to crack that Lakers pantheon with just one ring. He has a chance with Anthony Davis, but not just after one title.

Just to be clear: Broussard said that LeBron is the greatest player to ever play for the Lakers, not the greatest Laker ever.

The King now has four championships with three different franchises and four Finals MVP awards. And in this year's Finals, he broke a bunch of NBA records, some of which happen to be records held by former Lakers.

Still, despite having four rings, LeBron has only one with the Lakers, which is a far cry from the five that Magic Johnson delivered and the five that Kobe Bryant brought to LA, as Broussard points out.

And, even with this ring, much of the focus remains on the memory of the late Bryant, who tragically died Jan. 26 in a helicopter crash in Calabasas, CA.

3. Did Anthony Davis exceed your expectations in his first NBA Finals performance?

Broussard's Take: No. He played well, which I expected from him, but he didn't exceed my expectations. If anything, there were a few moments of disappointment. Game 3, he disappeared. His defense was great, but offensively, at times, he disappeared. His numbers ended up being good, but Game 3 he had 15 points and five rebounds, but against a team that was much smaller than them and undermanned. He can't have a night like that.

Davis didn't have an up-and-down series, per se, but he was even. He was himself.

Coming into the 2020 NBA playoffs, Davis had career postseason averages of 30.8 points, 12.2 rebounds and 2.7 blocks per game – but he had only played in 13 playoff games since entering the league in 2012.

He also had only one postseason series win to his name before this year's playoffs.

Broussard's Take: They belonged. They earned it. You have to give them credit. They beat the No. 1 seed and the No. 3 seed. Each series they were the underdog. It would have been harder outside of the bubble dealing with adverse crowds, but I don't hold that against them. They beat Milwaukee three out of four in the regular season, proving they were a tough matchup for them. We have seen worse teams make the finals. As far as next year, they will be a contender but they won't be the best team on paper, with Brooklyn, Boston, Milwaukee and Toronto. I would not pick the Heat to get back to the Finals at this moment, but they will be in the hunt.

The 2020 season, as previously outlined, was a season like none other, and the playoffs were just as unpredictable.

Instead, it was the East's fifth seed that breezed past the Bucks and then defeated the third-seeded Boston Celtics to land in the NBA Finals.

The Miami Heat surely shocked the world, effectively cruising through the Eastern Conference playoffs, sweeping Indiana in Round 1, knocking off Milwaukee in five games in the East semifinals, and defeating Boston in six in the East finals.

And according to All-Star guard Jimmy Butler, this season was not an aberration.

5. Is Jimmy Butler officially a superstar?

Broussard's Take: No, he's a star and a very good player. I actually had him Second Team on my All-NBA ballot, so I've had a lot of respect for him for a while. He had a tremendous year. He's a star who can climb if he capitalizes on this and produces like this again next season. Remember, going into the Finals, he wasn't even their leading scorer. He's a star, a five-time All-Star, but not a superstar yet.

Butler was nothing short of spectacular in the playoffs – in spots.

For instance, although Miami won, Butler only scored six points in a Game 4 win over Indiana in the first round. He followed it up with 40 points in Game 1 win against the Bucks, but then scored only 13 in Game 2 against Milwaukee, also a win.

In nine of Miami's 21 postseason games, Butler scored less than 20 points. He scored 30 or more four times and scored 40 twice.

However, one of those 40-point games came in Game 3 of the Finals, and he added 13 rebounds and 11 assists for good measure, catapulting the Heat to their first win of the series.

Now that the season is over, Butler sits right on the cusp of superstardom, as Broussard stated.

But it looks like he's already preparing to push himself over the edge come next season.

6. Will the Lakers win it again next year?

Broussard's Take: I'm not ready to say they'll win it all yet. I think they should enter the season as the favorite. Looking at the contenders, Brooklyn is bringing in a new team with a new coach. Boston and Philadelphia are still young, Toronto doesn't have a superstar. Miami isn't as talented as the Lakers. The Clippers have chemistry issues and who will be their coach? Houston needs a coach. Denver is really good, but are they as good as the Lakers? Golden State – can they rekindle their old form? Has the league caught up to them? Everybody has question marks, more than the Lakers, whose question mark is, "Can LeBron continue to fight off Father Time?" And if he can, they are my pick to win it all.

It's never too early to think ahead.

See you in a few months, NBA world.