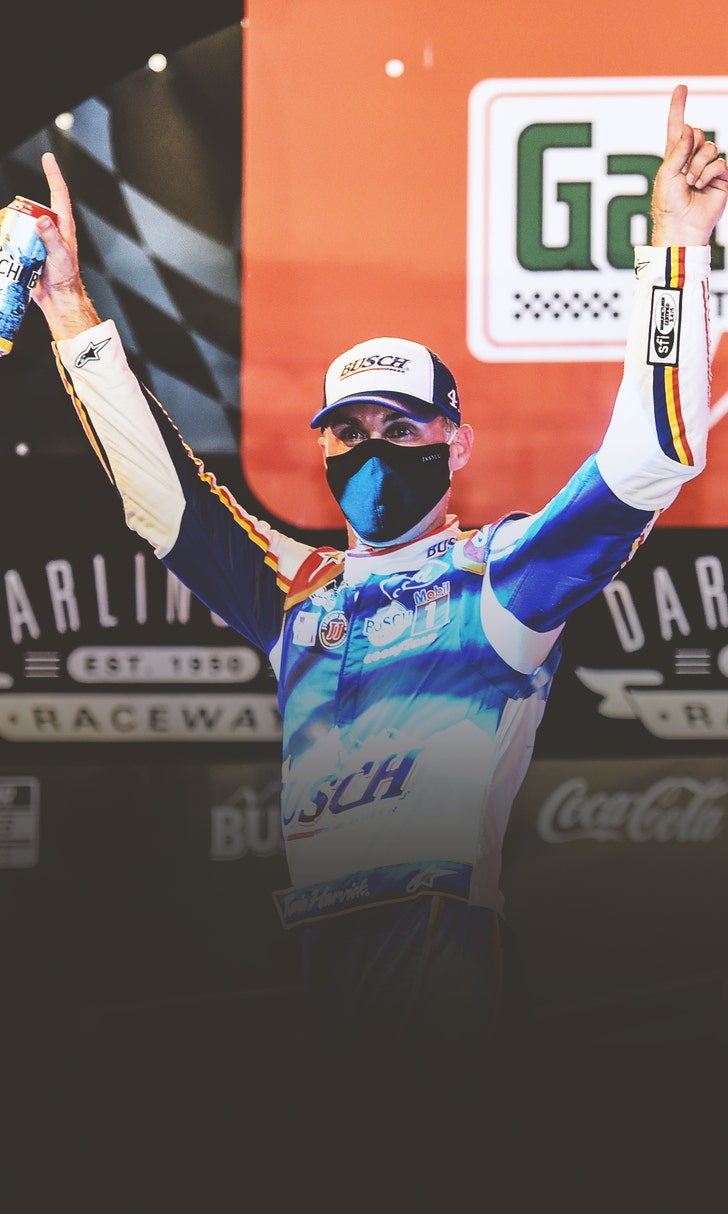 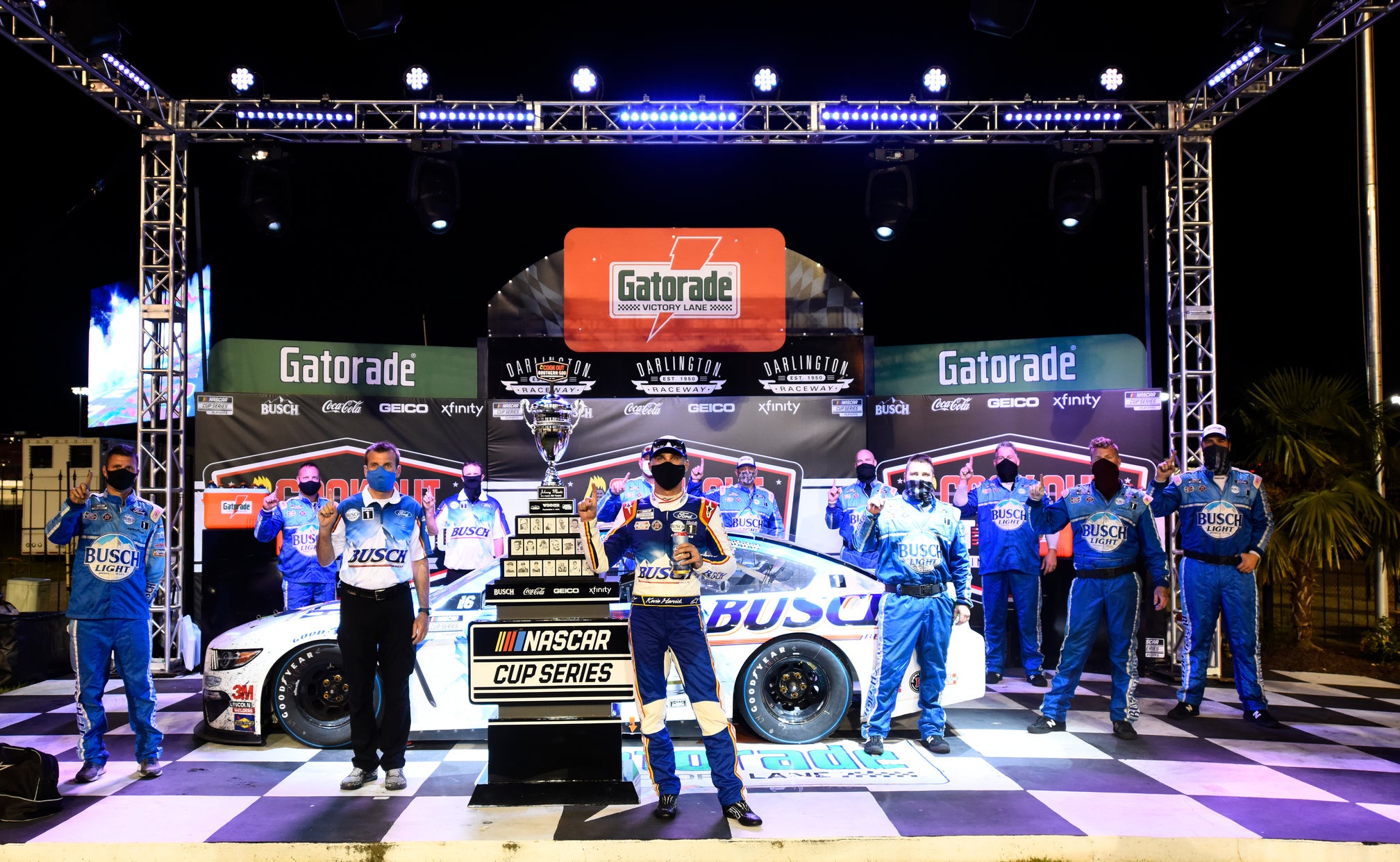 Kevin Harvick won the 2020 NASCAR Cup Series playoff opener, creating pretty much a repeat of what fans saw during the regular season.

And there was another repeat from what transpired at Darlington Raceway earlier this year, as Chase Elliott appeared to have a shot to win but a late-race tangle ended his day.

Martin Truex Jr. and Elliott collided as they battled for the lead with 15 laps remaining, resulting in Truex having to pit with a flat tire and Elliott falling to 20th.

Harvick then assumed the lead and captured the Southern 500.

Here are three things we learned:

1. Truex has come to play

Truex led 196 of the 366 laps before that late tangle with Elliott resulted in a 22nd-place finish, snapping a streak of eight consecutive top-four finishes. Even with a 22nd-place finish, he earned the ninth-most points on the day as he won both stages. He is still 16 points ahead of the playoff cutoff.

But the biggest takeaway was the 2017 Cup champion had the best car among four quite strong Joe Gibbs Racing cars. He now heads to Richmond, where he has won the last two races.

“Unbelievable job by the guys and a smoking fast race car,” Truex said. “[There’s] a lot to be proud of. I hate it for the 9 team [of Elliott].

“Obviously, it was nothing intentional, just two guys going for the win and not enough room for both of us there. If it was my fault, I apologize.”

NASCAR changed the opening round of its playoffs from Las Vegas, Richmond and the Charlotte road course, to Darlington, Richmond and Bristol.

Expect more strategy at a place such as Bristol, where tires could also make more of a difference than at other tracks.

“My crew chief basically kept us in position to win this race,” Harvick said. “We didn’t have the race car that we needed, but that strategy that they kept us employing got us track position and was going to be the winning strategy if the caution doesn’t come out [with 45 laps left].

“Strategy and making the right calls was 100 percent what kept us in this race.”

It was not a great night for Team Penske. Ryan Blaney’s team left a bag of weight in the car when it went through inspection – the bag is used, the team said, at the shop when setting up the car to mimic the amount of fuel that would be in it – and the team was docked 10 points and Blaney had to start at the rear.

He had to pit early with a flat tire, and his two teammates – Brad Keselowski and Joey Logano – both had damage on their cars after contact with the wall (Keselowski) or other drivers (Logano).

Only Logano could scrap for a good finish as he placed third. Keselowski was 11th and Blaney was 24th.

Blaney is the worst off of the three, as he is 17 points behind the current first-round cutoff with two races remaining.

“Our team is a little bit tougher other than just getting down after one race,” Logano said.