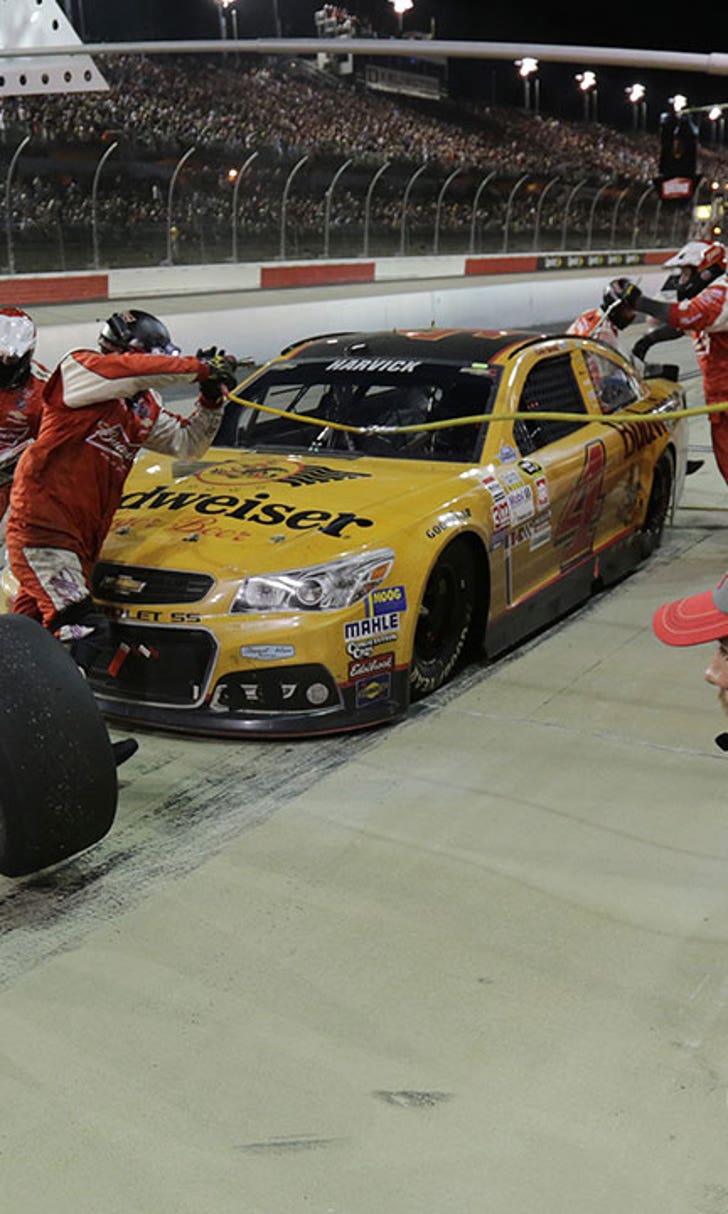 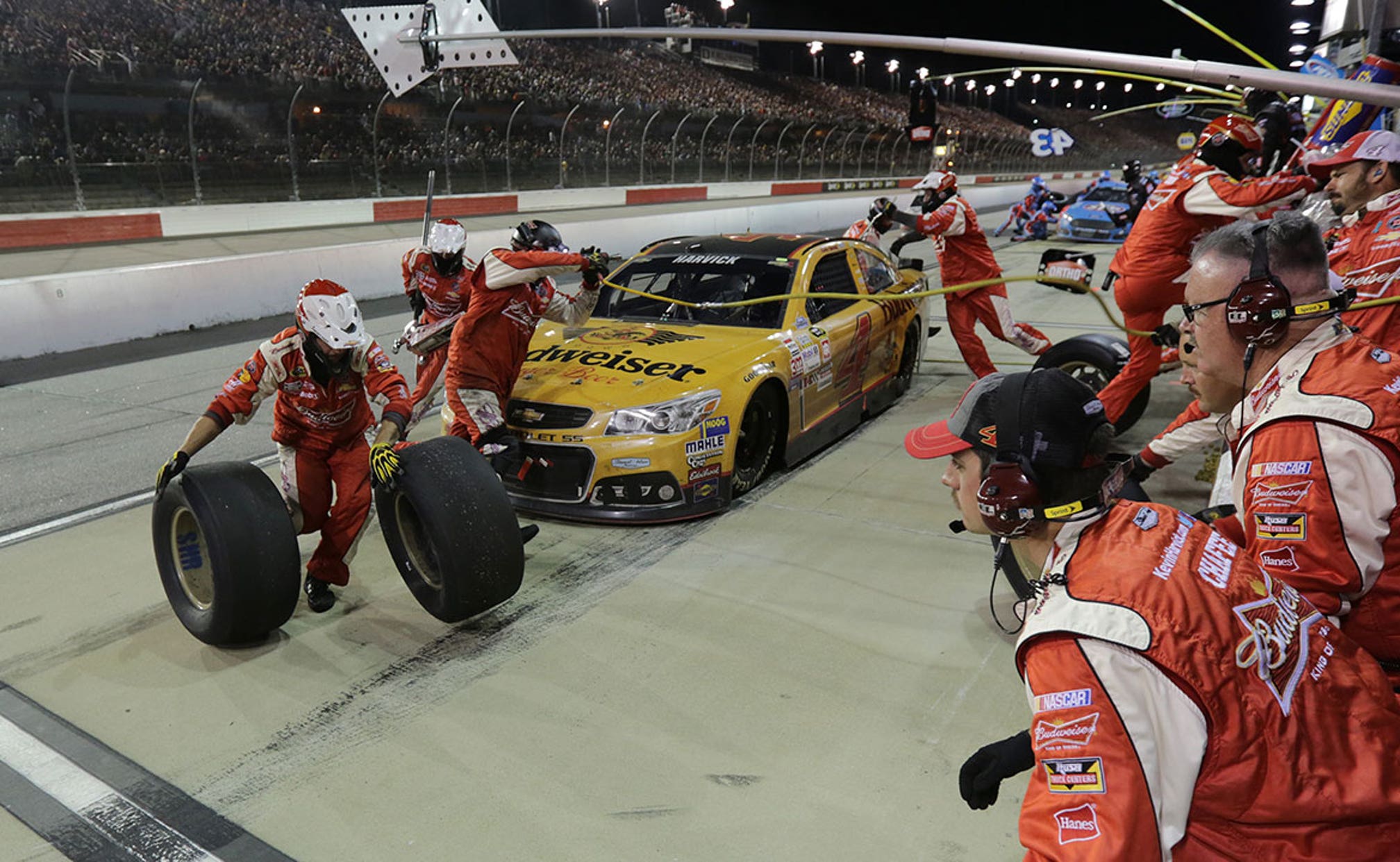 Slow pit stop takes Harvick out of contention at Darlington 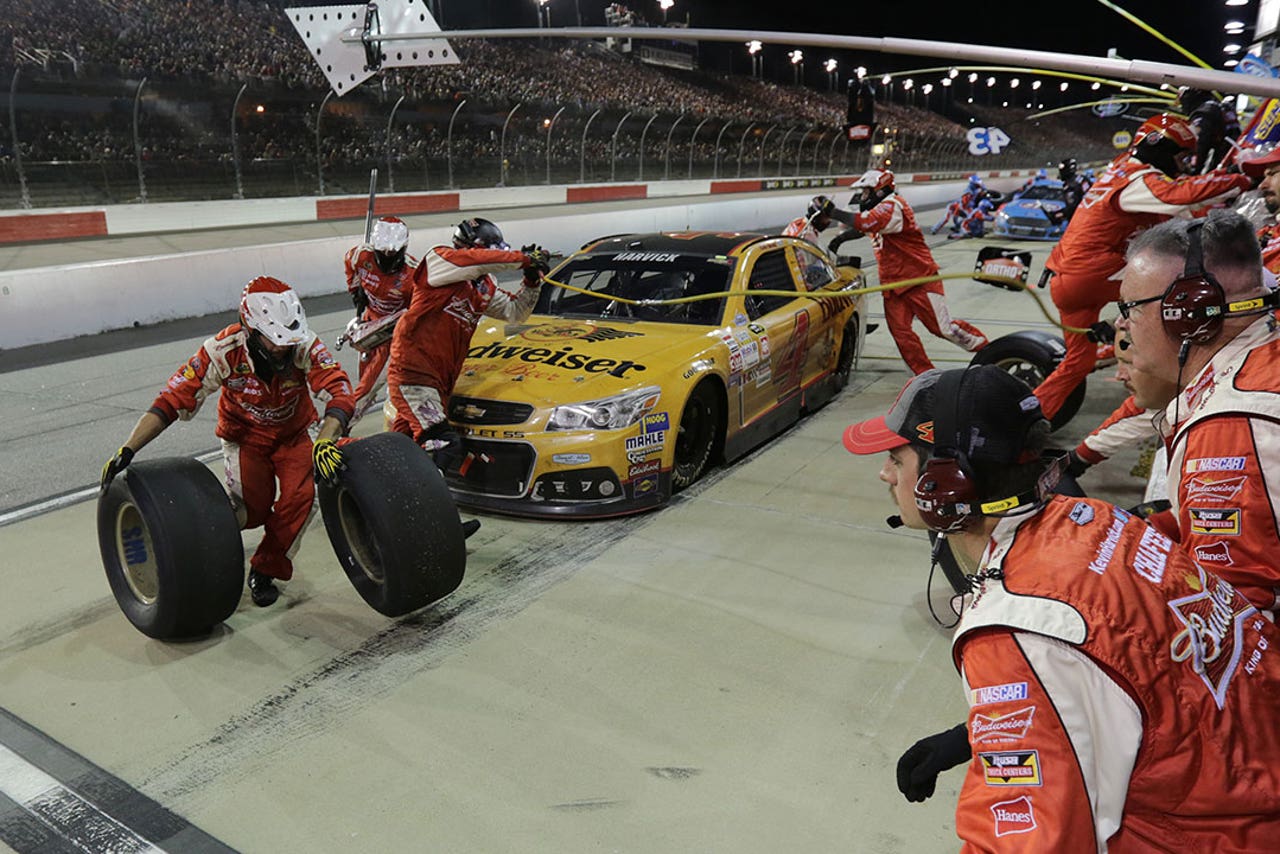 In the closing stages of Sunday night's Bojangles' Southern 500 at Darlington Raceway, defending race winner Kevin Harvick was part of a heated three-car battle for the lead with Brad Keselowski and Carl Edwards.

The three drivers put on a great show over one of the longest green flag runs of the race. However, when Jeb Burton brought out the final caution of the night with 13 laps to go and the field came to pit road for the last time, Harvick's night took a step back with a 13.1-second stop.

While Edwards' crew was able to get him off pit road with the lead, Harvick lost three spots. Restarting fifth with eight laps to go, Harvick was unable to get back to the front to challenge for the win as Edwards took the checkered flag.

As Edwards performed his trademark backflip and smoked the tires on the frontstretch, Harvick leaned on his Stewart-Haas Racing car with a frustrated look on his face.

"We had a great Budweiser-Jimmy John's Chevrolet. I'm really happy about that part. I'm really disappointed with how pit road went tonight," he said. "All in all the car performed well and we were in the race, we just got behind with eight laps to go.

"We ran well," he said. "We just didn't perform on pit road tonight."

Despite missing out on the victory, Harvick said he had fun battling for the lead in the late stages and recorded his 18th top-five finish of the season, a career high for the defending Sprint Cup Series championship.

Checkered Flags and Chill
Joey Logano is onto the final four in Cup Series playoffs, earning himself some much-needed relaxation, Bob Pockrass writes.
22 hours ago