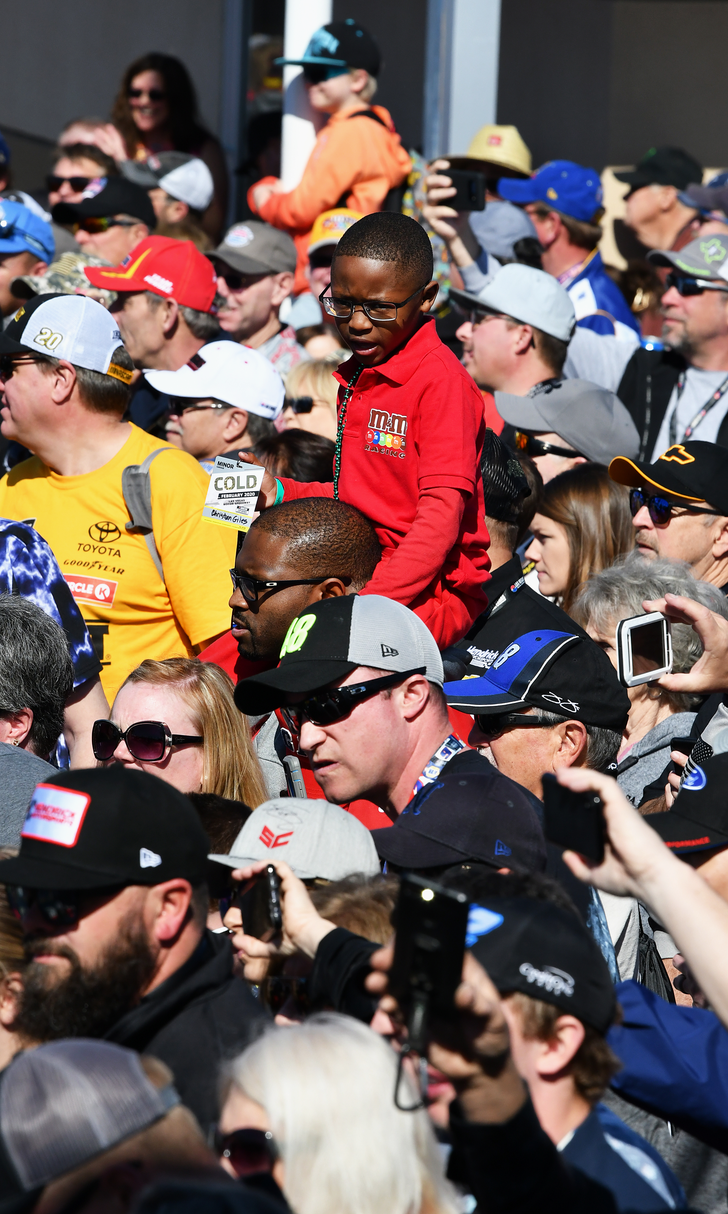 NASCAR fans will love watching the upcoming races at Darlington and Charlotte – on television.

But they will also be a little jelly. Many will wish they could be there in person, as NASCAR resumes its season following a nine-week suspension due to the COVID-19 pandemic.

The biggest question that remains for NASCAR amid its return to racing is, when will fans be allowed at the race track?

Speedway Motorsports CEO Marcus Smith spoke with FOX Sports on Friday and gave his view regarding when fans could return. He obviously wants fans back as soon as possible in a safe and responsible way.

“It kind of starts with restaurants and bars being open,” Smith said. “If we can’t do that, then we can’t host these larger events. Lots of states have plans that are phasing in the beginnings of restaurants being open.

“That’s a big step in a positive direction. We are working, communicating with lots of governors and mayors and county leaders across the country to stay in touch with them and collaborating with them to get back to hosting live crowds.”

With NASCAR being at big outdoor facilities, Smith said there is lots of room to move around compared to an arena. He noted that Shanghai Disneyland is open, and that could show the potential to have crowds outside.

“I’m optimistic about getting back to live crowds,” Smith said. “We’re seeing slow steps towards that right now. ... There’s a plan, a path forward to particularly outdoor events. Lots of parks are opening up, and that is a step in the right direction.”

Smith said he expects the garage area to “remain a very tightly controlled area for quite some time and we won’t have the huge numbers of people who have access to pit road and the garage area.”

Obviously, it is difficult to predict when fans will be allowed. It is possible they could be allowed at some tracks and not others. In Seoul, South Korea, nightclubs and bars were shut down a week after their reopening after a COVID-19 outbreak was traced back to a bar-goer.

“Certainly the NASCAR fan is passionate, and we want to conduct events with fans any chance we can get,” NASCAR Executive Vice President Steve O’Donnell said on April 30. “But until we believe that it's a safe environment, and we can work with the local and state communities to make that happen, we're going to wait until we get that OK.”

IndyCar will also have its first race without fans, June 6 at Texas. Smith said the decisions will be made by local and state officials.

“This isn’t a speedway decision, this isn’t a NASCAR decision, this is a health decision that was determined by the state in keeping with the department of health and health experts giving guidance of how to get some action on the track going,” Smith said.

Smith also said when races are open to fans, it would likely be at a reduced capacity and the tracks likely would give existing ticket holders first dibs on those opportunities.

For those who struggle with the idea that teams can be at the track but not fans, Smith said the track can be treated as a workplace.

“It’s more workplace-based rules and we have to have certain limits on how many people can come in. Right now, by the state’s rules, no venue is allowed to host a major spectator event,” Smith said.

Fans have called Charlotte Motor Speedway to find out if they can camp out and tailgate outside the venue. They will not be allowed. All of the entrances to the speedway property will be closed.

“I love the enthusiasm and that is part of fandom,” Smith said. “Stay home and tailgate at home. ... They’re not going to be able to get into the facility and I think they would have a lot more fun at home.

“Certainly, nobody wants to have to run people off who are dedicated fans. But that’s the position we’re in with current state guidelines not being able to host live events.”

While the question of fans returning is the biggest, it isn’t the only question that remains unanswered, as NASCAR plans to conduct seven races (four Cup, two Xfinity, one Gander Trucks) in an 11-day stretch starting May 17 at Darlington.

NASCAR has yet to announce how lineups will be set. It potentially will use a mix of a random draw and either point standings or finish from the previous race. It also hasn’t announced how it will handle the competition caution for the races and if teams will be given additional time to work on their cars at that time because they were not allowed to practice.

NASCAR has announced the stages for each event, as well as which race those events will replace on the 2020 schedule:

Here are a few other items that NASCAR has revealed in the past week:

And some additional questions remain:

Darlington Raceway is statistically the best track for Denny Hamlin when it comes to average finish. Hamlin has an average finish of 7.79 (including two wins) at the track.

"From my standpoint, I'm like, I don't want [Matt Kenseth] back. I know he gives great information. He can give an organization information. It's another voice that that organization will hear that's different than what they've had over the last few years. Not better or worse, but just different. So I think he's probably going to lift that program up, similar to what he did to Roush towards the end.” – Denny Hamlin, a former teammate of Kenseth, on Kenseth now driving for Chip Ganassi Racing

Finally, Happiness For Bell
A winless 2020 was hell for Christopher Bell. But his first Cup Series win has all but erased last season, Bob Pockrass writes.
6 days ago

First Time For Everything
Christopher Bell passed Joey Logano late on the Daytona International Speedway road course to earn his first NASCAR Cup win.
February 21
those were the latest stories
Want to see more?
View All Stories
Fox Sports™ and © 2021 Fox Media LLC and Fox Sports Interactive Media, LLC. All rights reserved. Use of this website (including any and all parts and components) constitutes your acceptance of these Terms of Use and Updated Privacy Policy. Advertising Choices. Do Not Sell my Personal Info