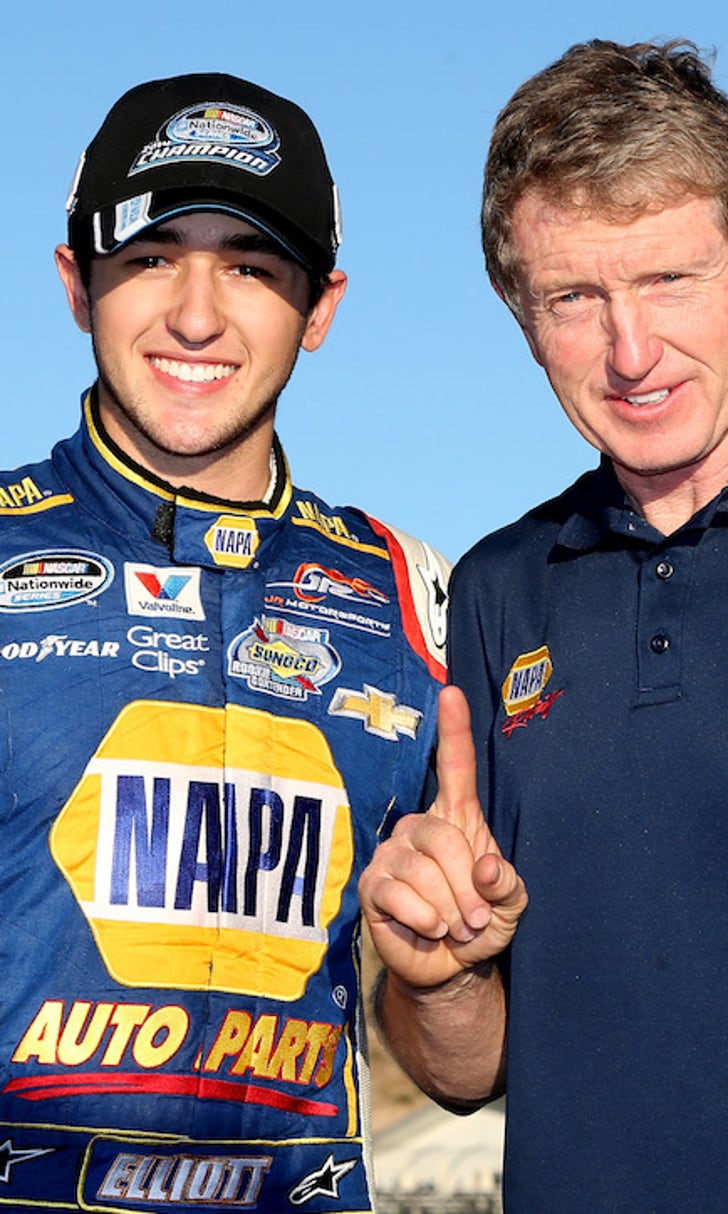 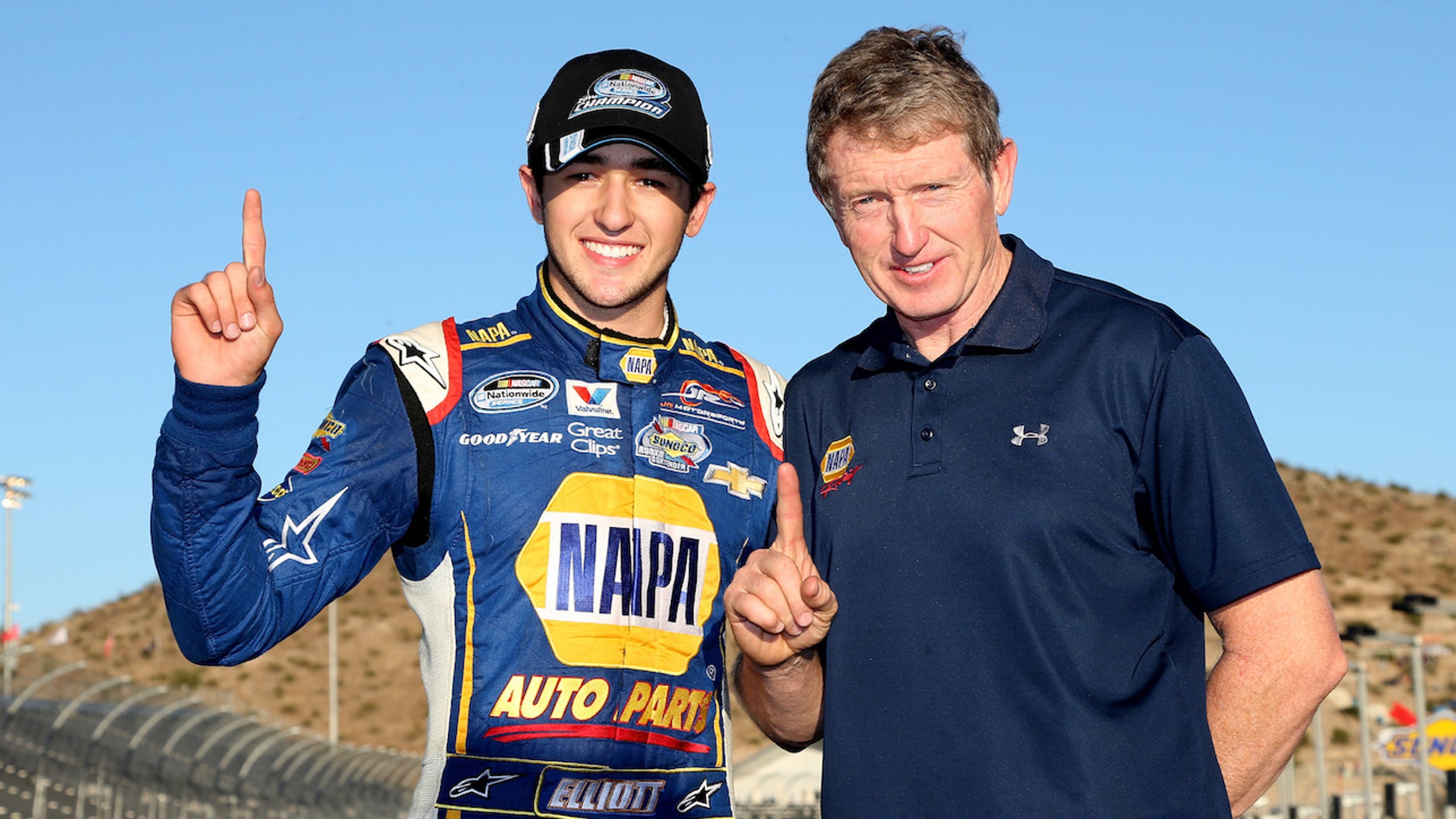 When driver Bill Elliott was inducted into the NASCAR Hall of Fame in 2015, he credited his father, George Elliott, who owned a Ford dealership, for introducing him and his brothers to the sport. They would travel to tracks, supplying parts and tires to local racecar drivers. “For me, at a young age, I dreamed of doing this,” Bill Elliott said in his induction speech.

Bill, now 61, was a driver in the Cup Series from 1976 through 2012, winning the series title in 1988 and earning the title of the sport's most popular driver a record 16 times. His nickname was Awesome Bill from Dawsonville, a tribute to his popularity and his hometown in Georgia.

Fast forward to 2017, and Bill's son Chase, age 21, is now in his second year racing at the highest level of NASCAR after having won the 2014 title in the Xfinity Series, the minor league to the Monster Energy Cup Series. Last season, he took over the number 24 car when future Hall of Famer Jeff Gordon retired.

Up until then, Chase Elliott had primarily driven the number 9 car. “I wanted to be like Dad,” he explains. “It was always my favorite number growing up because of Dad.”

There have been many high-profile father-son relationships in pro sports. The NBA had Joe and Kobe Bryant. Major League Baseball had Ken Griffey Sr. and Jr. The NHL had the Howe family. The NFL has the Mannings.

But perhaps no sport has had more successful father-son legacies than NASCAR. The Pettys have had four generations of drivers compete at the highest level of the sport, the most famous of whom is Richard Petty. The son of Lee Petty, father to Kyle Petty, and grandfather to the late Adam Petty, Richard won a record seven Cup championships, now tied for the most ever.

He shares this record with current driver Jimmie Johnson and with the late Dale Earnhardt, father to current fan-favorite driver Dale Jr. With Dale Jr. retiring at the end of this season, the highest-profile father-son relationship in NASCAR for this next generation of drivers is that of Bill and Chase Elliott.

“[I] never wanted to be anything other than a racecar driver,” says Chase. “I wanted to race because of my dad and my family's history in racing, and what he did, and my genuine interest in it.”

And what was his favorite memory of his dad's racing career? “I was there when he won the Brickyard 400,” a marquee NACAR race held at Indianapolis Motor Speedway. “I was only six years old, but I still remember it pretty well,” says Chase. 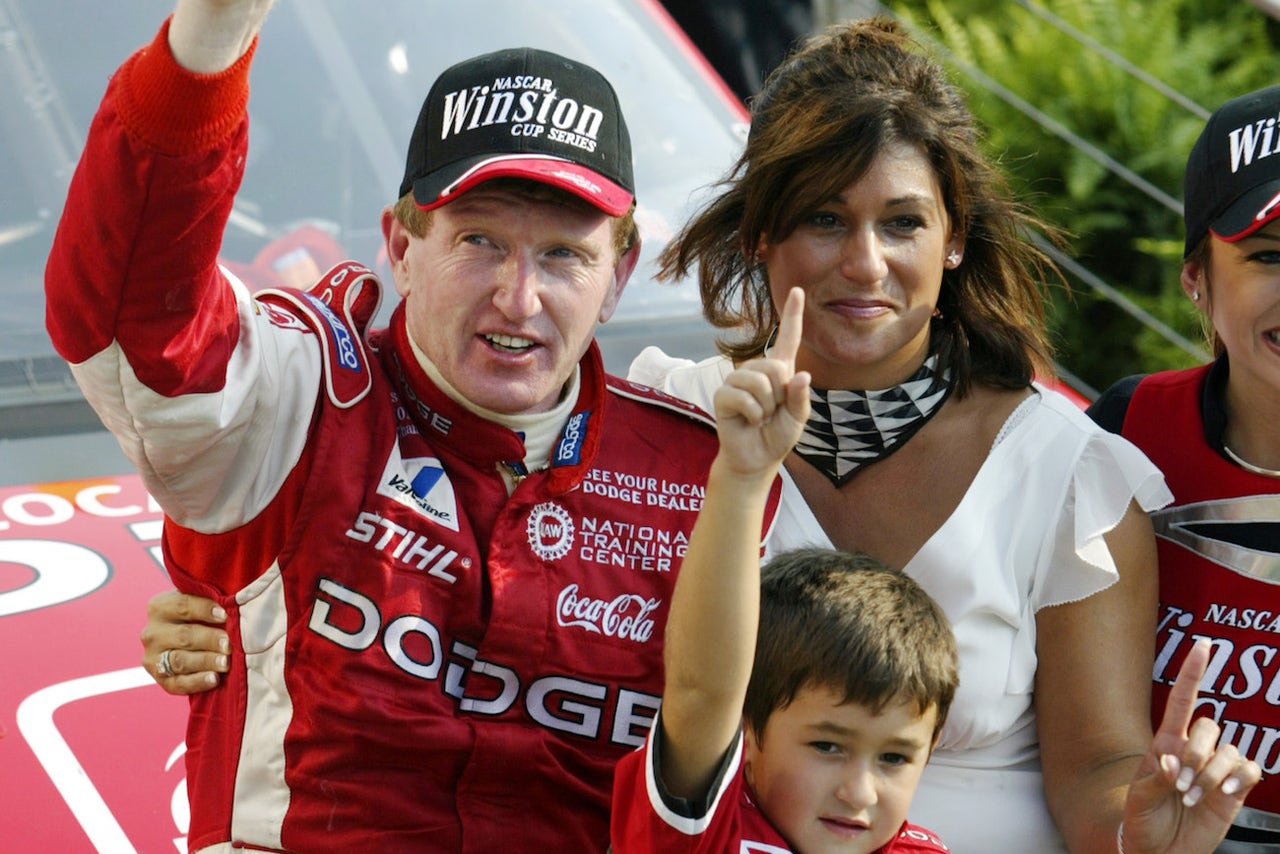 But Bill says he did not pressure Chase to be a driver. “I wanted him to be whatever he wanted to be,” says Bill. “I never pushed him into this. He always seemed like this is what he wanted to do. I just supported him in what he felt like he needs to do. But it's his life. He needs to do what he wants to do.”

Even with all of Chase's recent success, Bill's favorite memories of watching Chase race are from his son's youth: “I think the most fun we had was when we lived in Colorado,” says Bill. “He was running go-karts on paved road courses. And that was a lot of fun. He really enjoyed that.”

When asked what makes Chase such a good driver in comparison with himself, Bill answers, “I didn't start racing until I was 17, 18. He started when he was eight, nine, 10 years old. You learn a lot more early on. And he raced a lot more short track then I ever did. To me, he did a really good job of being able to adapt to different cars as the evolution of racing grew.”

As far as offering on-track advice, Bill continues, “I try to help him outside of the racecar. The other drivers have to help him inside the racecar. Because the stuff has changed a lot since I've been in a racecar.”

But Chase definitely still thinks about advice his dad has given him over the years when he's racing. “Especially when something goes wrong more than anything,” says Chase. “I can't say one thing really sticks out over anything else. He's been helpful. I think anything that he says is worth saying. Mom and Dad are always right at the end of the day!”

Like any parent, Bill is rooting for the best for his son. “You see the things, the ups and downs as the day goes on. You get into it emotionally,” says Bill. And when asked who would have the most successful career, he or Chase, he responded, “I hope he does. I'm pulling for him.”

A New Voice
Jamie Little is set to break barriers as the first woman to serve as the television voice of a national motorsports series.
2 days ago

Dueling For Daytona
The Daytona 500 entry list is beginning to take shape. And its chocked-full of surprises, writes Bob Pockrass.
6 days ago