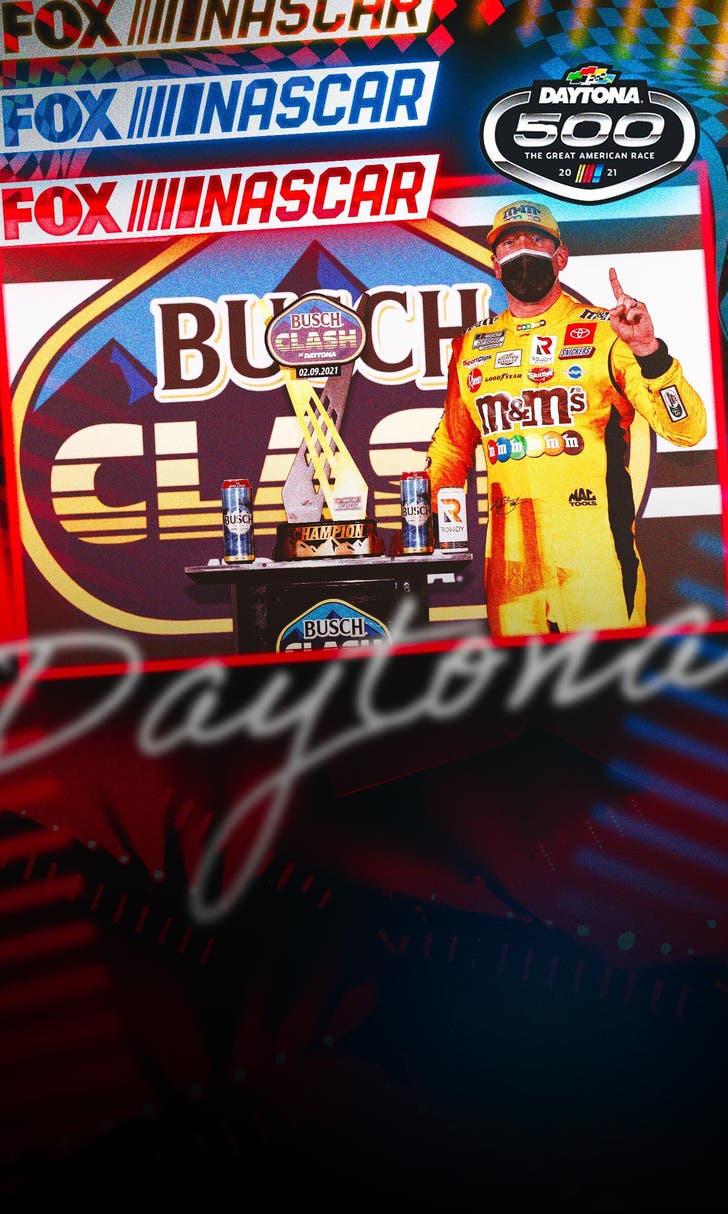 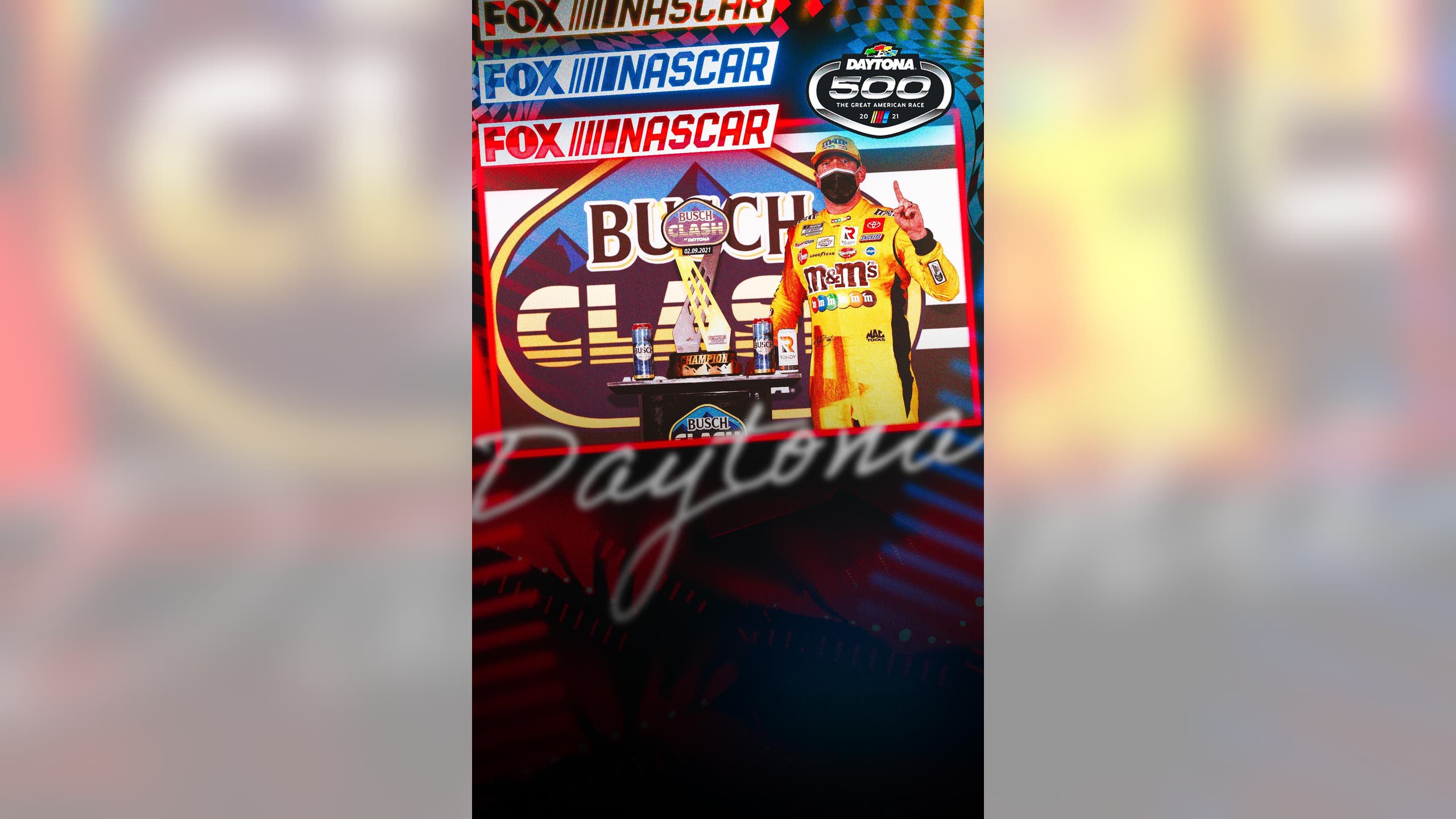 previous story
Steph Curry is back to being 'Chef Curry' in Golden State
next story
Super Bowl LV officiating draws fans and pundits' ire, but is it warranted?
Cup Series

But were the fans happy?

The race was the first Busch Clash not conducted on the oval, but instead on the 3.61-mile road course. NASCAR made the decision early last year to run this race on the road course to keep teams from having to scramble to build additional Next Gen cars, the cars NASCAR will debut in 2022.

Plus, last year’s Clash was maybe a little too wild, with virtually every car having damage and Erik Jones winning with a wounded car.

Here are three takeaways from the Clash:

Chase Elliott wouldn’t apologize for trying to win the Clash. And he shouldn’t, even though he ended up getting into Blaney and ruining both of their nights.

"If I’m sorry about trying to win the race, then I’m in the wrong business here," Elliott said. "I’m going to give it my best shot to do that.

"I don’t know what you do there. I drove it in there and tried to get the inside."

He said he was in a tough spot.

"Of course he didn’t mean to do that, but I ended up wrecked," Blaney said. "I know he didn’t mean to. He drove off in there pretty deep. I don’t think personally he was going to make the corner.

"It was going to be very hard for him to do it."

Blaney said he would try a similar move, but maybe a little bit differently.

"I told him if you’re going to make a move like that, make sure you win the race," Blaney said.

"More than anything, ... I hate to hand it to somebody else like that."

Bottom line: In racing, stuff happens. This was one of those times. It is not like Elliott makes careless moves on a regular basis (not saying this was totally careless), so this one shouldn’t cause him much grief.

Having the event on the road course had a different feel. It certainly was an exciting finish. And there were fewer cars headed to the trash heap.

But Daytona oval racing has a certain energy that wasn’t matched by the road course.

As Denny Hamlin tweeted earlier in the day, he wanted the race on the oval.

Mixed reviews. If NASCAR did this again next year, it probably wouldn’t be a bad thing with the introduction of the Next Gen car. But it also might not be a bad thing to bring the race back to the oval in 2023.

"Whenever they put a race on the schedule, whether it’s a road course or an oval or wherever we’ve got to go, we go. ... As far as the show goes, I’m not sure what the show looked like," Busch said.

"Hopefully it was a good one."

This was Busch’s first "race" with new crew chief Ben Beshore, who has had success with Busch in the Xfinity Series and was Busch’s choice to replace Adam Stevens after a frustrating 18 months.

Does it mean anything, considering it was an exhibition race?

"I don’t think so," Busch said. "It does lend itself, though, here not being a [drafting] race to being a bit more about preparation – driver, crew chief and the team and the organization and all of us working on our car trying to make ourselves better."

Busch had brake failures at Daytona in August.

"The brakes just didn’t quite work as good, and I couldn’t quite slow down as good as some of the other guys, so I felt like we’ve got some more room to get better," Busch said.

The team has a "sister" car to the one it raced Tuesday for the points race on the road course on Feb. 21.

Early Playoff Pressure
Surprise early winners have some wondering whether it will be harder than ever to make the playoffs on points, Bob Pockrass writes.
1 day ago

Finally, Happiness For Bell
A winless 2020 was hell for Christopher Bell. But his first Cup Series win has all but erased last season, Bob Pockrass writes.
4 days ago

How To Win $10,000 At Daytona Road Race
The good times are still rolling in Daytona, with another checkered flag – and a shot at $10,000 – up for grabs this weekend.
5 days ago
those were the latest stories
Want to see more?
View All Stories
Fox Sports™ and © 2021 Fox Media LLC and Fox Sports Interactive Media, LLC. All rights reserved. Use of this website (including any and all parts and components) constitutes your acceptance of these Terms of Use and Updated Privacy Policy. Advertising Choices. Do Not Sell my Personal Info