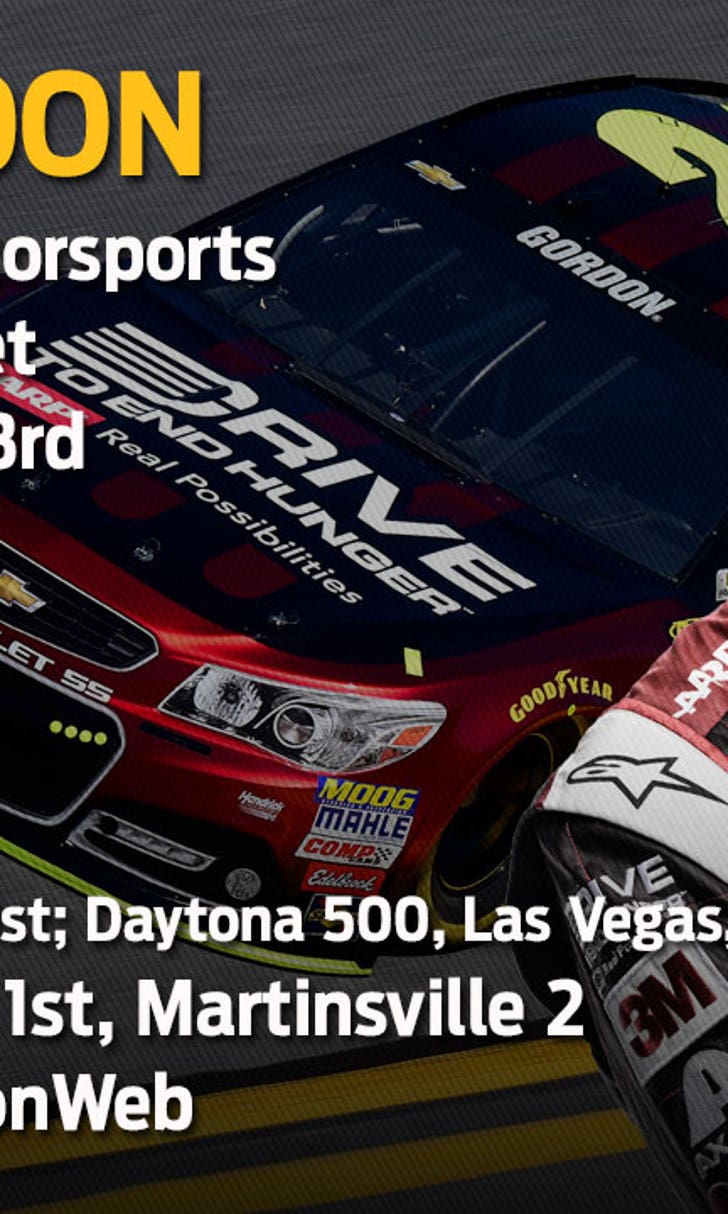 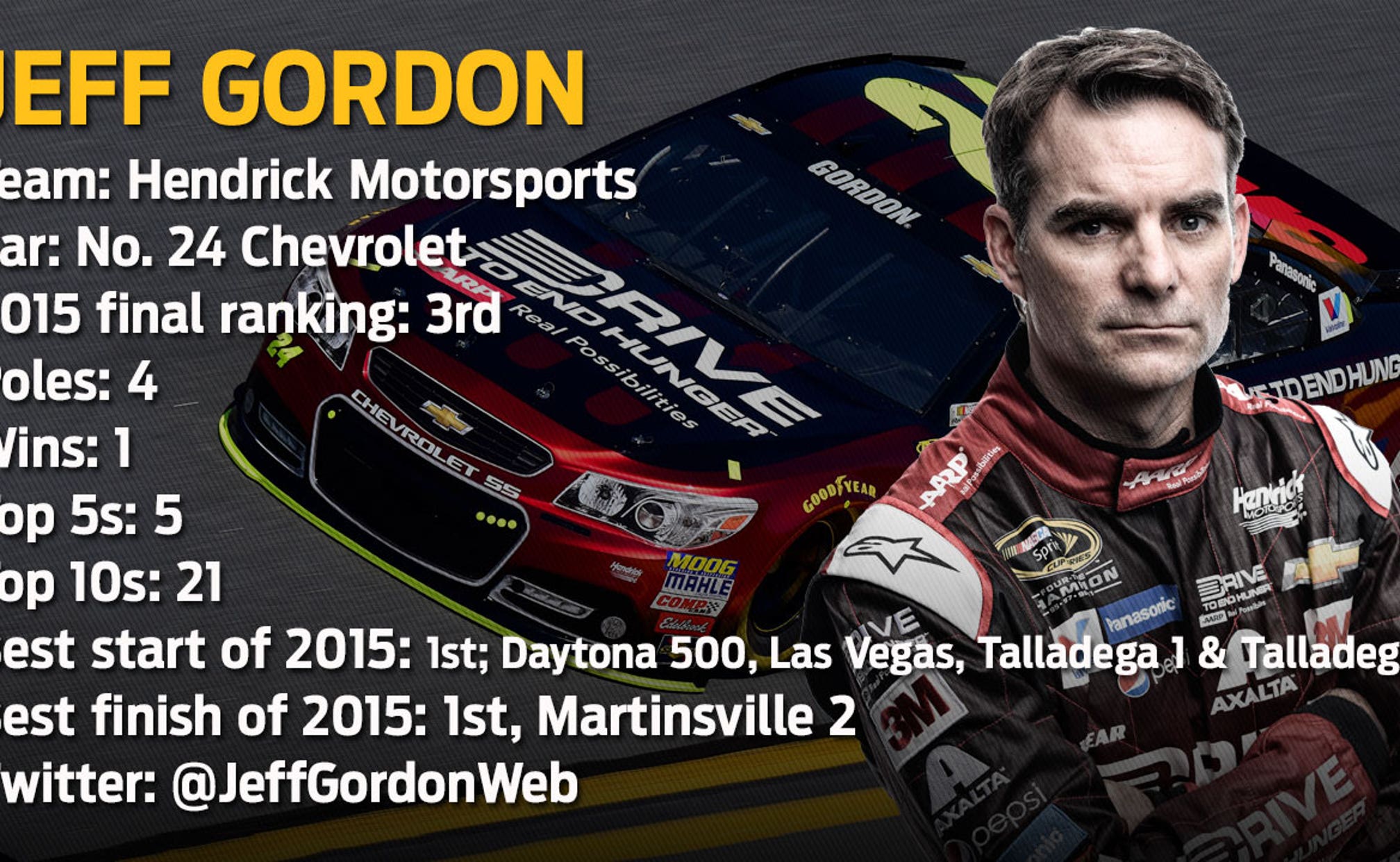 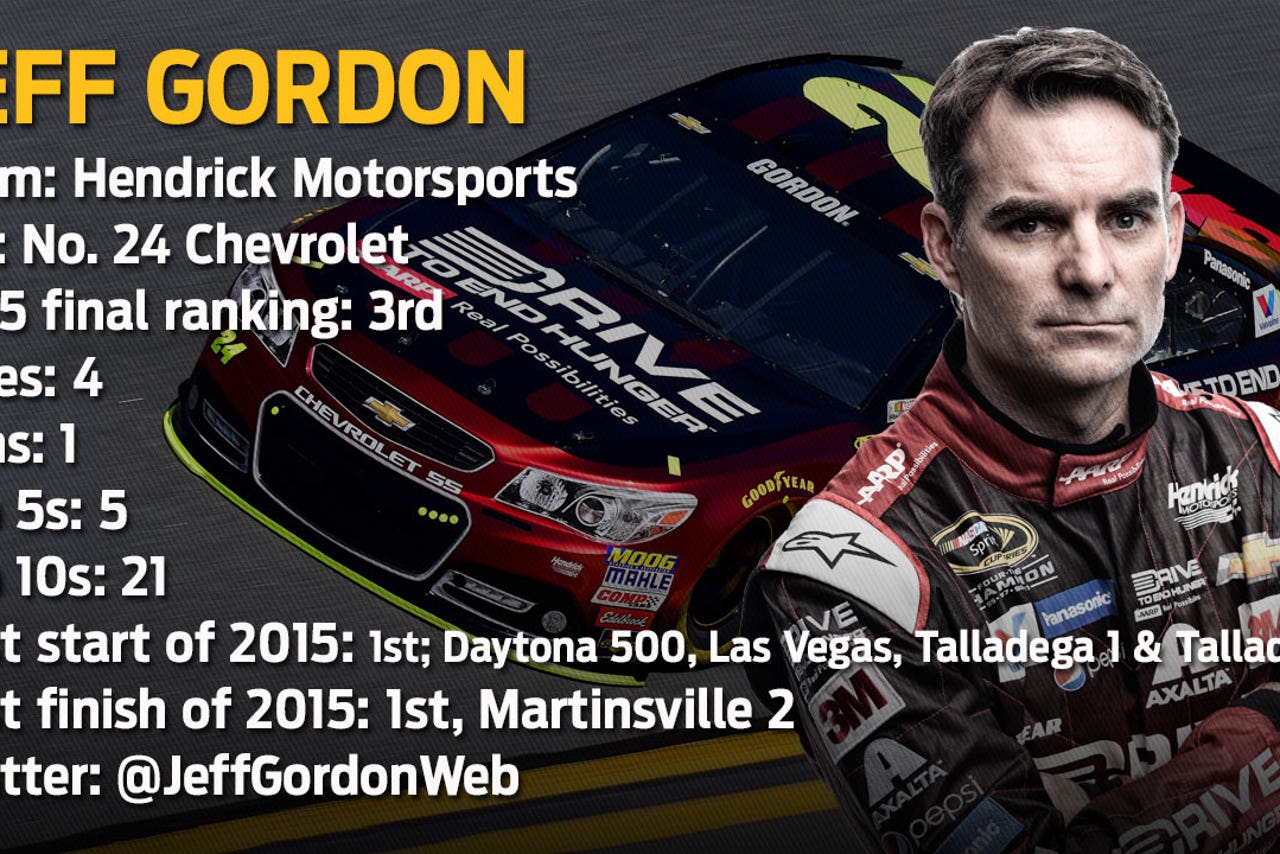 When the 2015 NASCAR Sprint Cup season kicked off with the annual pre-season media tour, few could have expected the news that would proceed Hendrick Motorsports' time with the press. The 2015 season would be the last for four-time champion Jeff Gordon.

Ever since making his debut in the Hooters 500 at Atlanta Motor Speedway in Nov. 1992, Gordon has made a drastic impact on NASCAR and took it to heights never before reached.

However, Gordon announced to the world in January that this would be his final run for that elusive fifth Sprint Cup title. Despite saying he wanted to focus on the job at hand each weekend, the tracks took time throughout the season to honor the veteran driver for all of his contributions.

Once on the track, however, the 2015 season got off to a rough start. After earning the pole for his final Daytona 500, Gordon wrecked on the final lap of the race to finish 33rd.

Things did not go much better the following week at Atlanta Motor Speedway, where Gordon qualified 35th and wrecked in the late stages of the race. Gordon hit a non-protected concrete wall, and was very vocal about it.

"I don't think we can say any more after Kyle's (Busch) incident at Daytona," a frustrated Gordon said. "Everybody knows we have to do something, and it should have been done a long time ago. All we can do now is hope they do it as fast as they possibly can."

While Gordon and his Alan Gustafson-led team struggled to find consistency on Sunday, the No. 24 team was solid in qualifying throughout the season. All told, Gordon earned four poles all season and 11 top-five starting spots in 2015.

Thanks to a third-place finish at Bristol Motor Speedway in April, Gordon was able to jump into the top 10 in points and into the Chase conversations. Well inside the top 16 for much of the season, Gordon spent the summer months searching for Victory Lane and fielding questions about the mounting pressure to win in his final season.

When the series hit Indianapolis Motor Speedway for the annual Brickyard 400, hopes were high that Gordon could earn an historic sixth Indy win. However, Gordon's final start at the iconic track came to a close before it really got started, as he was caught up in a wreck with Michael Waltrip Racing's Clint Bowyer. Despite the heavy damage to the No. 24 Chevrolet, Gordon limped around to finish 41st.

As the Chase cutoff race at Richmond International Raceway approached, the pressure for victories and to make the Chase began to mount even more.

"I've won 92 times. I don't need a win. I want to win. That's all," Gordon said defiantly at Bristol in August.

Still working on consistency on the track and on pit road, Gordon was able to advance through the Challenger Round of the Chase, but needed a solid day at Talladega Superspeedway to advance to the Eliminator Round. Starting on the pole for his final restrictor plate race, Gordon survived the wild and controversial finish to end the day third on the leaderboard and advance to the next round of the Chase.

Coming off the strong showing at Talladega, Gordon headed to his final race at Martinsville Speedway with momentum on his side. Starting fifth, Gordon was a factor at the front of the field much of the day and capitalized when front-runners Matt Kenseth, Brad Keselowski, Kurt Busch and Joey Logano were involved in late-race incidents.

Taking the lead for the final time with 22 laps left, Gordon fought off darkness and Jamie McMurray to earn his 93rd career Sprint Cup Series victory and lock up a spot in the Championship 4 at Homestead-Miami Speedway.

The victory celebrations lasted until darkness set in at the Virginia short track, with fans chanting "Gordon, Gordon" as photos were taken with the team.

Heading into the final race of his NASCAR Hall of Fame worthy career, Gordon had to balance the emotions of a career coming to an end with the task of competing for one last championship.

Prior to the that final race at Homestead, Gordon was honored by the track, NASCAR officials, and fellow drivers, while racing legends Mario Andretti and Lewis Hamilton accompanied the four-time champion during pre-race festivities.

Once the race got underway, Gordon was consistently the third-best driver of the four championship eligible drivers. Fighting an ill-handling car throughout much of the event, Gordon was able to recover to finish the day sixth.

With Kyle Busch winning the race over Kevin Harvick, Busch took the 2015 title with Gordon ended the year third in the standings. The third-place finish in the final standings was Gordon's 21st top 10 finish in the driver standings.

"Well unfortunately I'm a little disappointed that we weren't more of a threat for the championship. Beyond that it's absolutely been a dream come true," Gordon said after his final start. "To get an opportunity to race at this level, to have the success that I've had, to have the sponsors that we've had and to have the fans that we have. The first one to the car was the team and Rick Hendrick and then my family. That is all that really matters to me. Those people are so important to me and make this all worthwhile.

Stepping away from the sport after 23 full seasons, Gordon will move into the FOX NASCAR broadcast booth for the 2016 season, joining the likes of NASCAR Hall of Fame member Darrell Waltrip and longtime broadcaster Mike Joy.