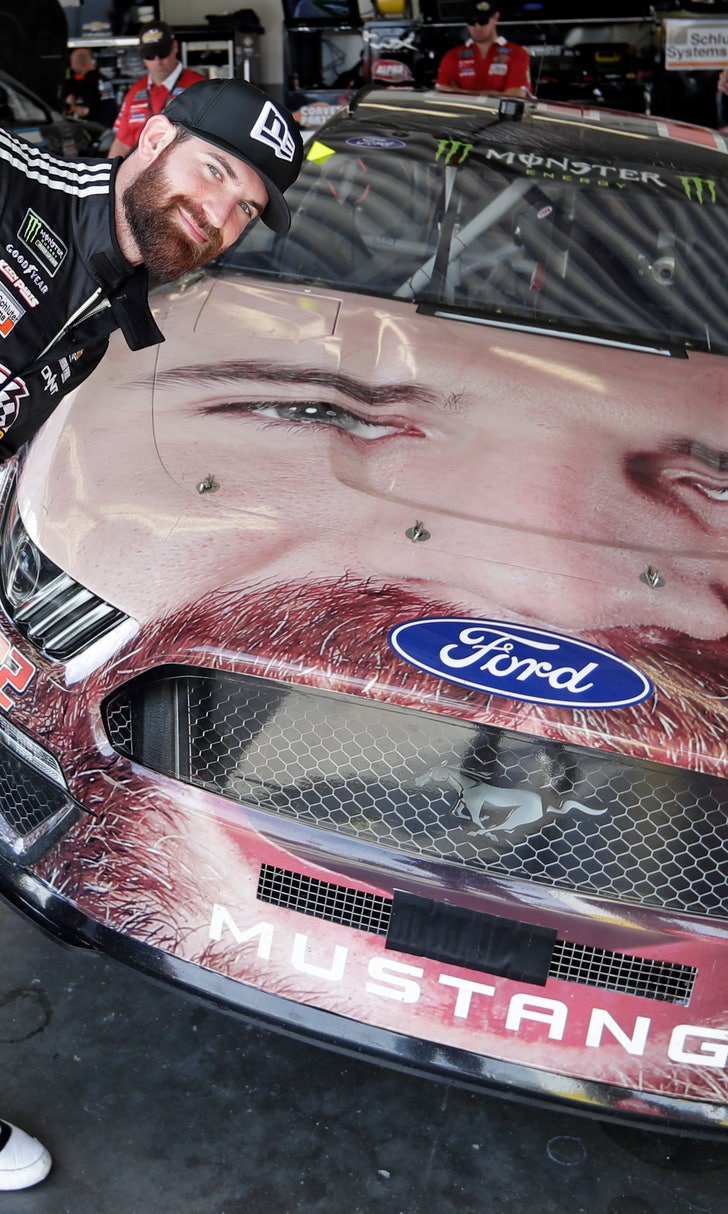 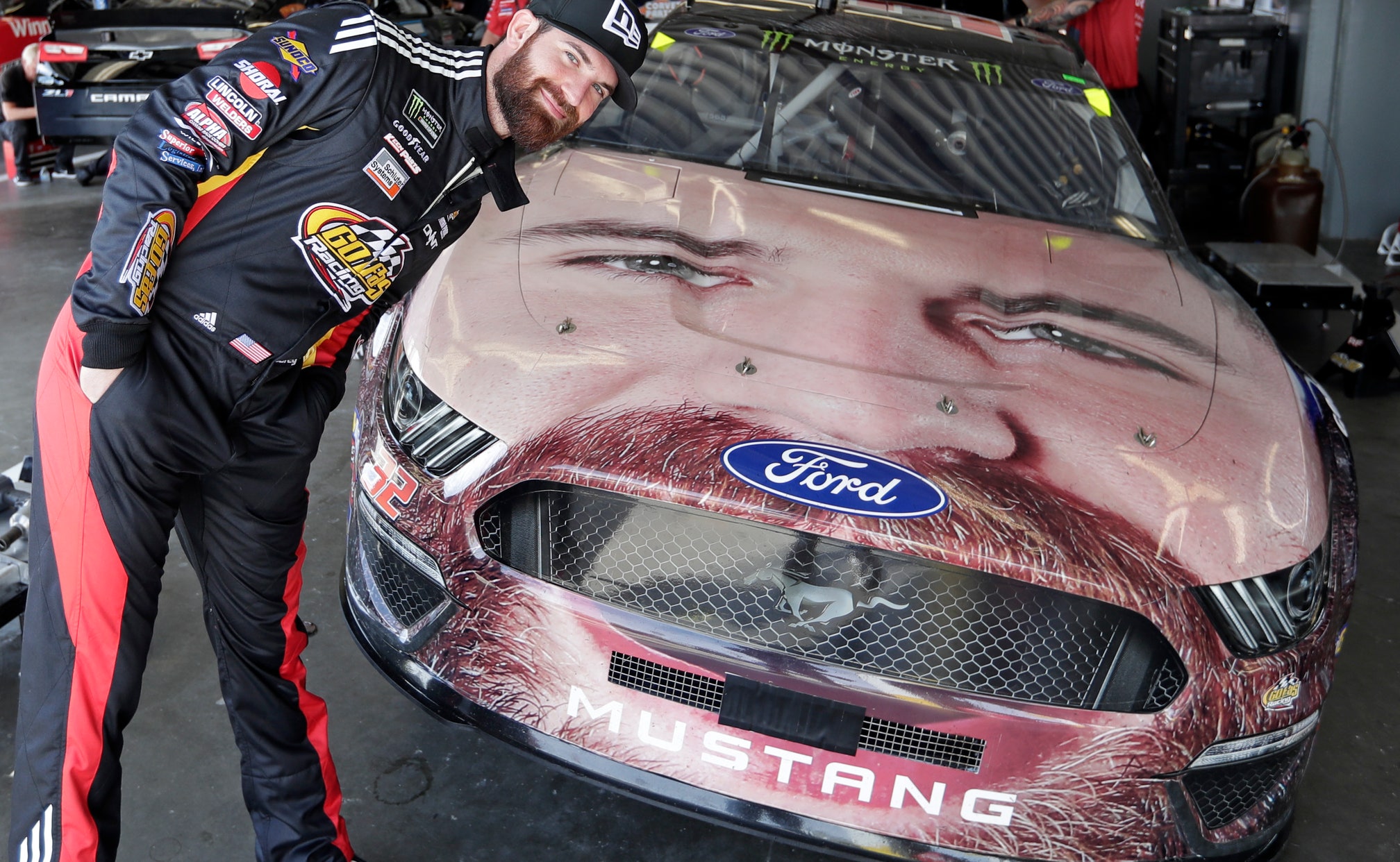 DAYTONA BEACH, Fla. (AP) — Among those trying to win the Daytona 500 this year are a Florida watermelon farmer, a short-track champion from New England, a television analyst and a 22-year-old whose career nearly was derailed by a brain tumor.

The front row is the youngest in Daytona 500 history and it will be William Byron, a Liberty University student who had his wisdom teeth removed in the offseason, leading the field to green in Sunday's showcase race to kick off the NASCAR season.

The overall look of the nation's top racing series has undergone a transformation the last few seasons and proof is plastered on the hood of Corey LaJoie's car. His full facial-haired face adorns his Ford Mustang, which easily makes him the most recognizable driver among the eight Daytona 500 rookies in the field.

"He looks like he's going to eat you every lap," quipped Clint Bowyer.

LaJoie's paint scheme for his low-budget team is courtesy of sponsor Old Spice, which chose "The Great American Race" to promote its dry shampoo. Manscaped.com bought the space on the back of Landon Cassill's car, Bubba Wallace signed Aftershokz headphones for the race. After Casey Mears made the field — his first race in two years — skateboard rim maker Rim Ryderz joined his program.

Some of the big-money sponsors in that race included Lowe's, Target, Dollar General, GoDaddy and 5-Hour Energy. All have since pulled out of NASCAR.

What remains is a new-look NASCAR that nonetheless has a throwback feel.

NASCAR was built on the premise that if a budding driver or team owner could scrape together the funds to field a car, they could bring it down to the beach and try to make the big show. As the sport exploded past its Southern origins, it became nearly impossible for a new driver to claw his way into a ride.

But change has created opportunity — even second and third chances for a guy like Ross Chastain. The eighth-generation watermelon farmer impressed a sponsor with his work ethic and landed a career-changing ride with unexpected funding. Federal agents raided the sponsor right before Christmas, but Chastain still managed to land a seat for his first Daytona 500.

Ryan Preece bounced back and forth between NASCAR and New England short tracks before finally gambling on his future. He settled for a part-time job with a competitive team because he believed he could show his true talent if given the right equipment. Now he's also a Daytona 500 rookie.

Same with Matt Tifft, who learned he had a brain tumor four races into his 2016 season. Or Daniel Hemric of Kannapolis, North Carolina, who followed hero Dale Earnhardt Sr. from the old mill town into a ride with Richard Childress Racing.

Parker Kligerman, a part-time racer and full-time television personality, raced his way into his second Daytona 500.

"Watching this race last year, I literally thought I'd never drive a Cup car again, never have another chance in the Daytona 500," Kligerman said. "I'm doing TV full-time. It just didn't seem like I was really getting anyone's attention. For whatever reason, I just couldn't find the right opportunity, couldn't find a sponsor."

"I went off and did the TV thing. You've seen drivers do that before, where they do something to up their profile, then they get back in a ride. It kind of feels like it's finally all starting to work."

Kligerman works for NBC Sports and so does Earnhardt Jr., his broadcast partner who will drive the first pickup truck to pace the race. It is an unexpectedly heavy NBC Sports promotion in a race broadcast by rival Fox.

Despite all the hardscrabble hopefuls who at various times figured they'd never make it to NASCAR's biggest stage, the super teams still exist and the stars are the favorites.

Hendrick Motorsports and its four fast Chevrolets at the start of Speedweeks went 1-2-3-4 in time trials. Byron, who is 21, and 25-year-old teammate Alex Bowman swept the front row for qualifying and gave Chevrolet an early boost in its effort to defend last year's Daytona 500 victory with Austin Dillon .

Still, Ford drivers swept both podiums in the pair of 150-mile qualifying races to load rows two, three and four with the brand new Mustang. Ford competed last year with the Fusion, winning 19 of 36 races and its first Cup title in 14 seasons, and is eager to make an immediate statement with its sportier new race car.

Jimmie Johnson ended a 19-month losing streak with a victory in a Speedweeks exhibition race, but he triggered a 16-car accident while making his race-winning pass. Then contact with Kyle Busch in a qualifying race increased the scrutiny around Johnson, who has a new sponsor Ally Financial and a new crew chief for the first time since his 2001 debut.

The Toyota bunch has yet to stand out from the crowd, which doesn't bother Martin Truex Jr. His 0-for-14 skid in the in the Daytona 500 is longest among active drivers, but he knows he's got a chance Sunday.