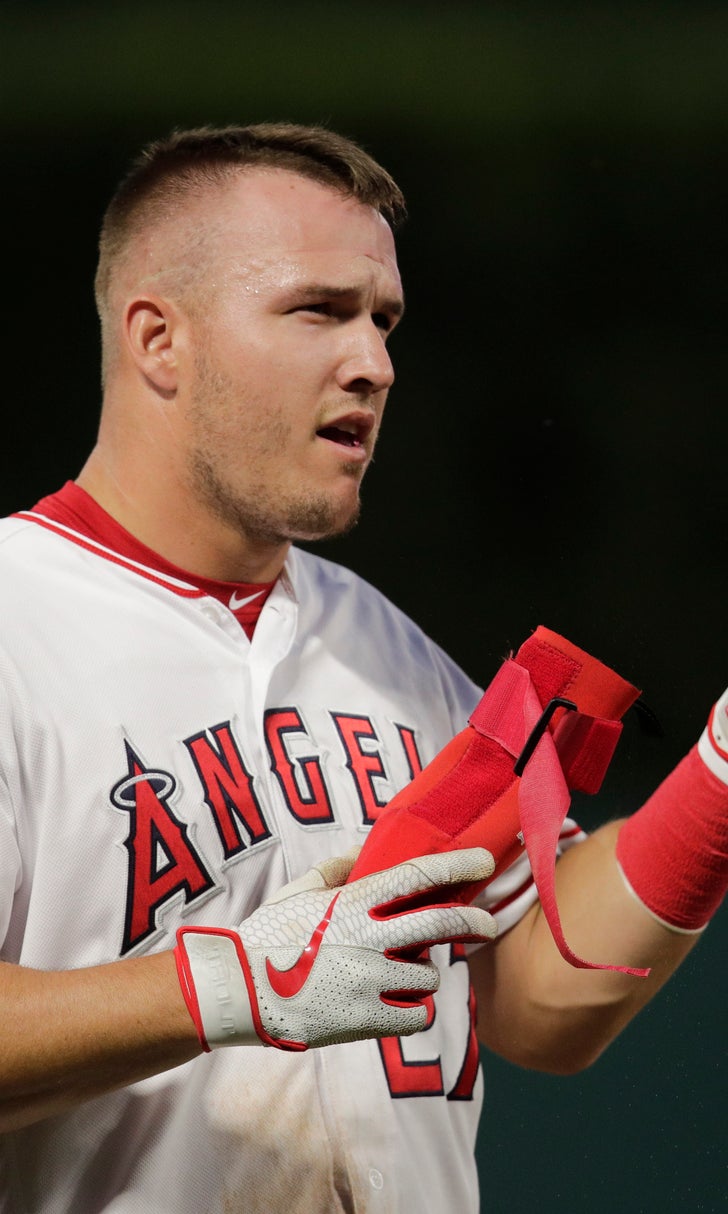 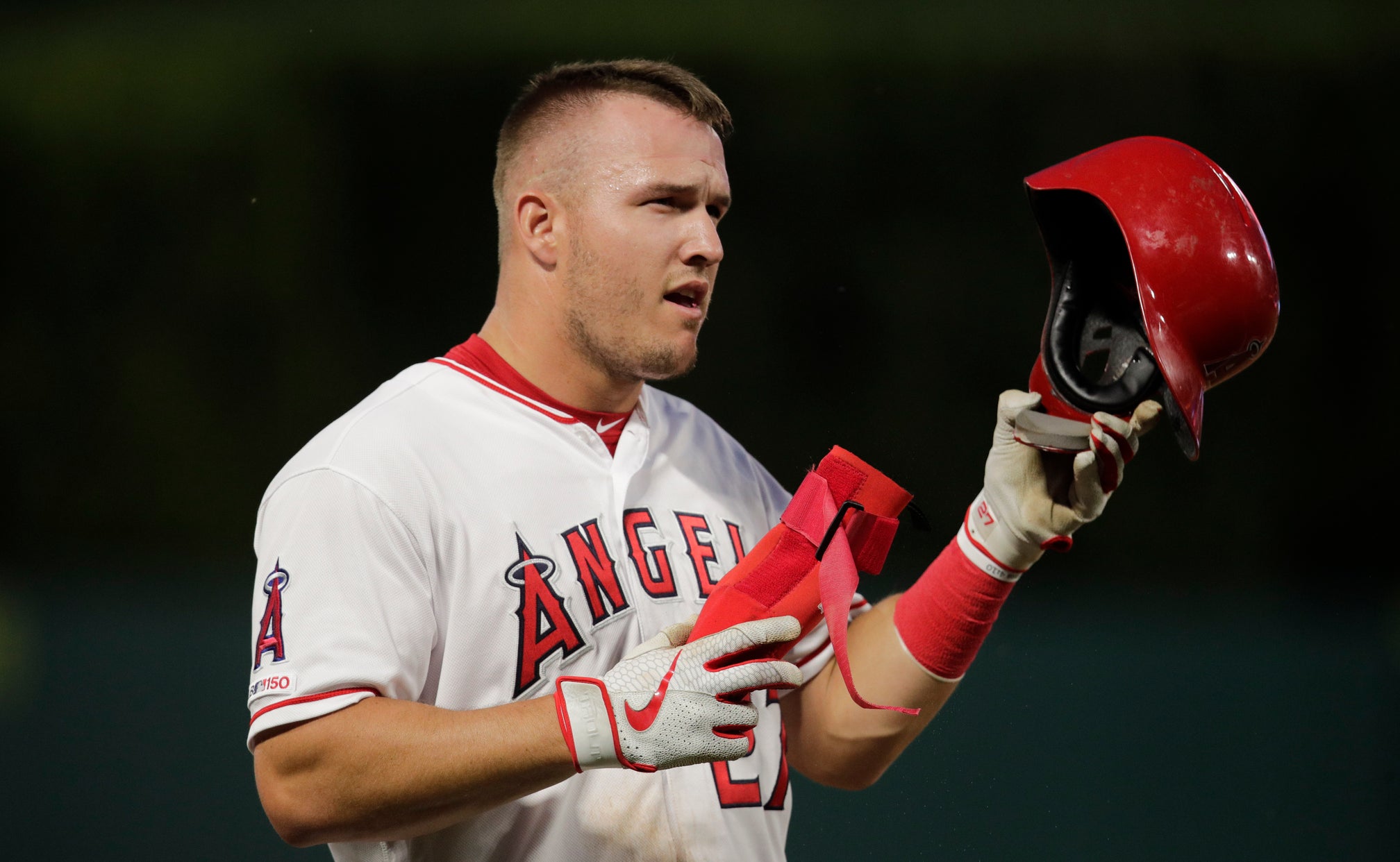 Trout back in lineup after missing 3 games with groin strain

ARLINGTON, Texas (AP) — Mike Trout is easing his way back in the Los Angeles Angels lineup, returning as the designated hitter and skipping at least one night in center field after missing three games because of a right groin strain.

Trout was listed second in the batting order for the Angels' series opener Monday night at Texas. The two-time AL MVP said he expects to be back in center field during this three-game set.

"I think just being in the lineup is huge for me," Trout said. "I'm confident I'll be back there in the outfield tomorrow or the next day. I got to play it by ear. I got to see how it comes out after the game and see how I feel."

After missing a weekend series at the Chicago Cubs , Trout was seen by Dr. Steve Yoon in Los Angeles for the second time in three days Sunday. The team said ultrasound images showed further improvement to his groin and that Trout reported continued improvement.

The two-time AL MVP has five home runs this season, all of those coming in a four-game home series April 4-8 against the Rangers. He is hitting .406 and also has 12 RBIs in his 12 games.

Trout, who signed a record $426.5 million, 12-year contract near the end of spring training, first felt discomfort after working out before last Tuesday's home game against Milwaukee. The injury flared up while he was running to second base in the second inning that night.

"I tested it," Trout said. "Obviously, you can't go out there and be game speed. Obviously, I got to make sure I be smart about it, but I don't feel anything right now. I feel 100 percent. I'm happy for that."