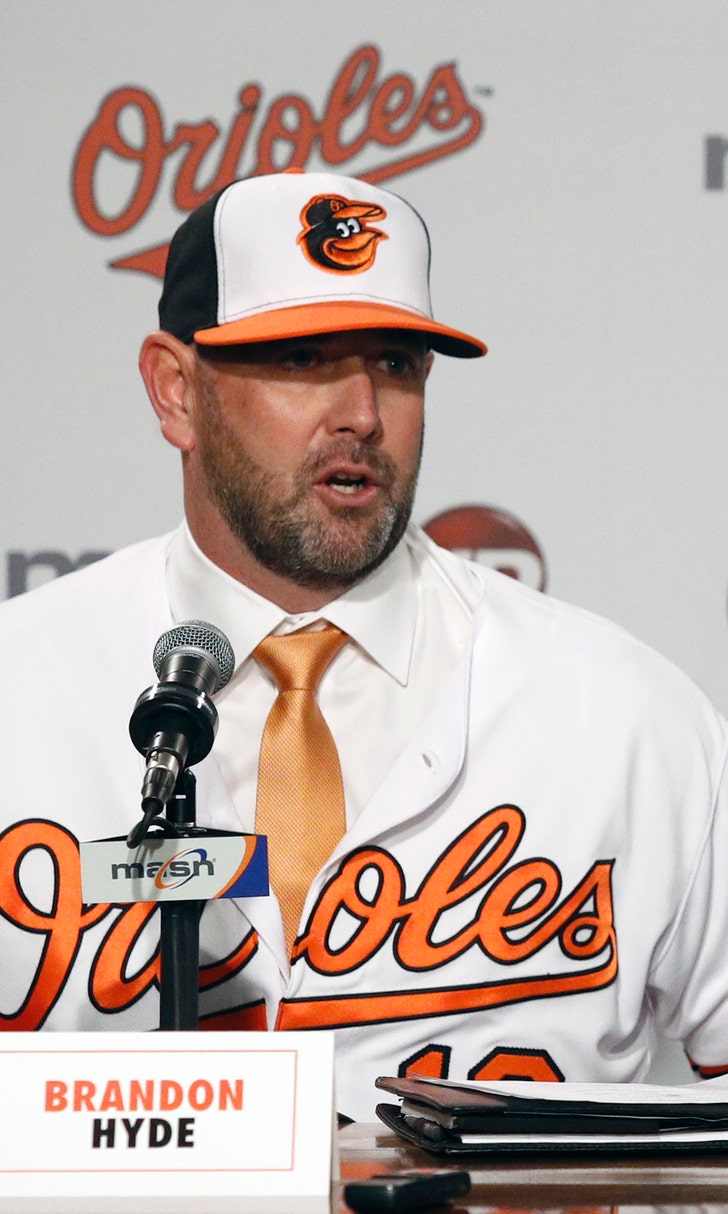 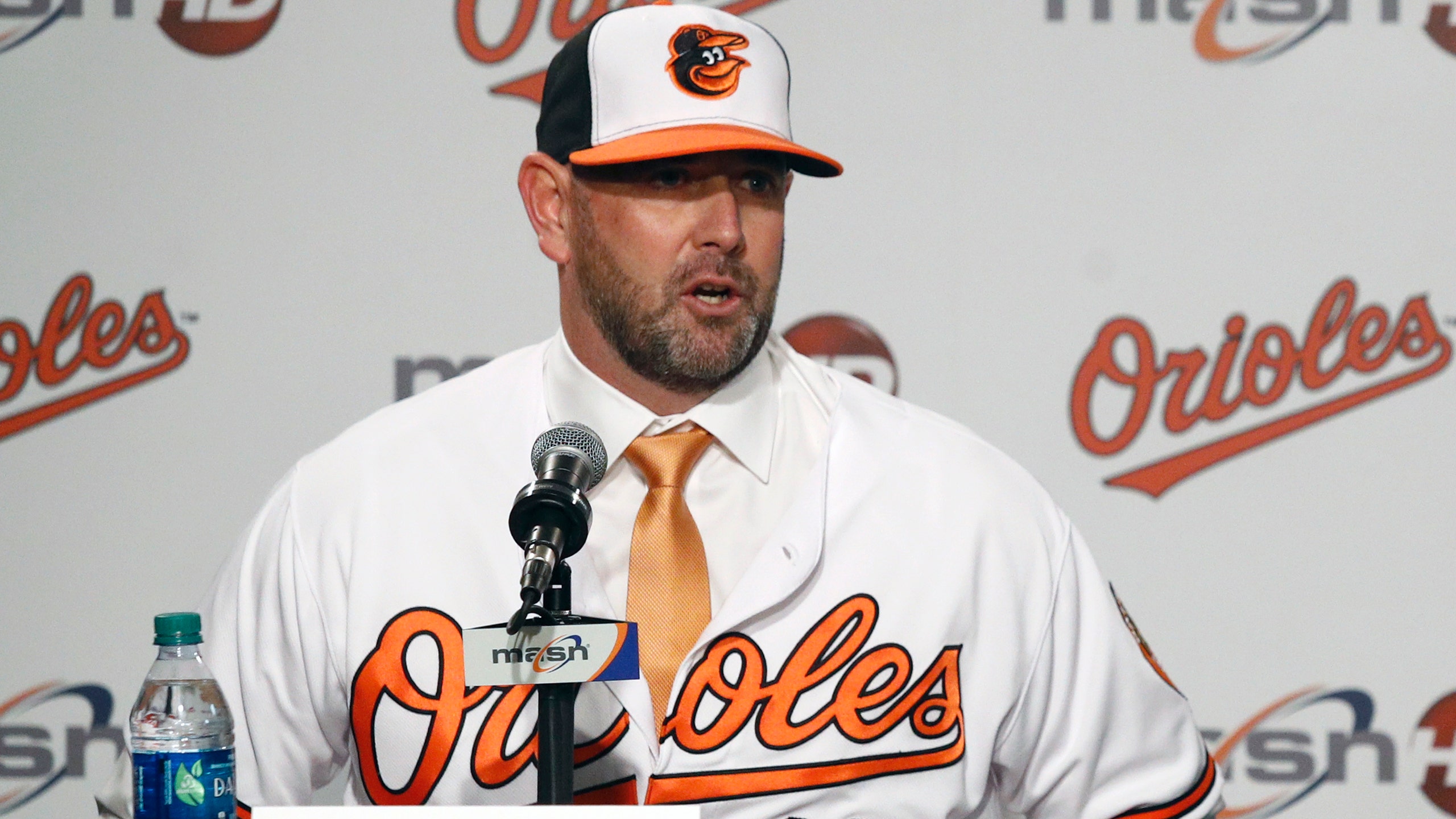 He phoned several players to chat, and last month got a close look at a portion of his squad a minicamp in Sarasota, Florida.

"It's been a real get-to-know process," Hyde said.

There will be more introductions next week in Sarasota when Hyde, the former bench coach of the Chicago Cubs, oversees spring training for a rebuilding team coming off a 47-115 season.

"I'm familiar from video. I know their stats and where guys played last year and I've seen some play in the past," Hyde said. "I was in the National League Central, so I don't know all the players that well. That's what's the next two months is going to be about."

Sluggers Chris Davis and Mark Trumbo, along with starting pitchers Andrew Cashner and Alex Cobb, are among a handful of veterans poised to make the 25-man roster. Nothing else is certain for a team in the midst of a major overhaul under Hyde and first-year general manager Mike Elias.

"This is a development deal, and we're going to put guys in position to have success," Hyde said. "But right now, if you asked me to pick 25, I'd be lying to you if I said I had it nailed down."

The hope is that spring training brings clarity to the situation.

"I think it's the most important piece as we're getting going," said Tim Cossins, hired in January as major league field coordinator. "The days down there will cement things going forward."

Elias did not secure a major league free agent until right-hander Nate Karns agreed to a one-year deal on Thursday. Despite the lack of offseason activity, Elias is fine with what he's got heading into the first workout on Feb. 13.

"We're going to have what we need to work with, in terms of putting together a team and competition for spots," Elias said.

Some things to know about the new-look Orioles:

A year ago, Baltimore carried playoff aspirations into camp with a roster containing Manny Machado, Adam Jones, Zach Britton and Kevin Gausman. Now they've got a bunch of fresh faces, many with very little big league experience. Hyde has until late March to find out if guys like DJ Stewart, Richie Martin, Drew Jackson and Hunter Harvey have what it takes to start in the majors.

Outfielder Yusniel Diaz, the highly touted prospect obtained from the Dodgers for Machado in July, probably isn't ready to play in the majors. But he should be the most interesting rookie in camp, because the 22-year-old has the potential to be a future star. The oft-injured Harvey was the Orioles' top draft pick in 2013 but has yet to make his Baltimore debut.

Even though Davis is coming off the worst year of his career (.168 batting average, 192 strikeouts), he's poised to start at first base. Trumbo is the DH, Cedric Mullins will start in center field and Trey Mancini should start in left. Count on Jonathan Villar to play at one infield spot, either shortstop or second base.

The competition for starting catcher, third baseman and right fielder is wide open. The rotation is cloudy beyond Cashner, Cobb and Dylan Bundy, and Mychal Givens will get the first look as the likely closer, despite going 0-7 with a 3.99 ERA in 2018.

Anything goes as Hyde prepares a roster for the regular season opener March 28 at Yankee Stadium. "Spring training is going to be really competitive," Mancini said, "and it's going to be an extremely important time for us to get better."

Trey Mancini
share story
those were the latest stories
Want to see more?
View All Stories
Fox Sports™ and © 2021 Fox Media LLC and Fox Sports Interactive Media, LLC. All rights reserved. Use of this website (including any and all parts and components) constitutes your acceptance of these Terms of Use and Updated Privacy Policy. Advertising Choices. Do Not Sell my Personal Info