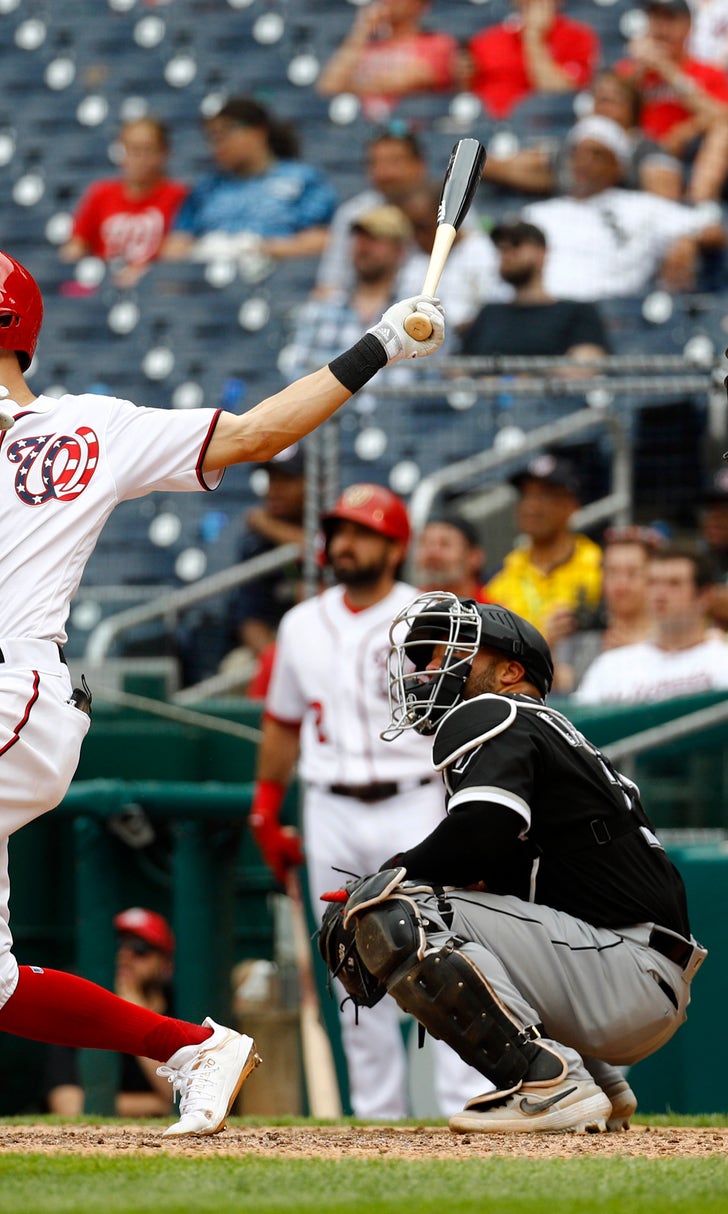 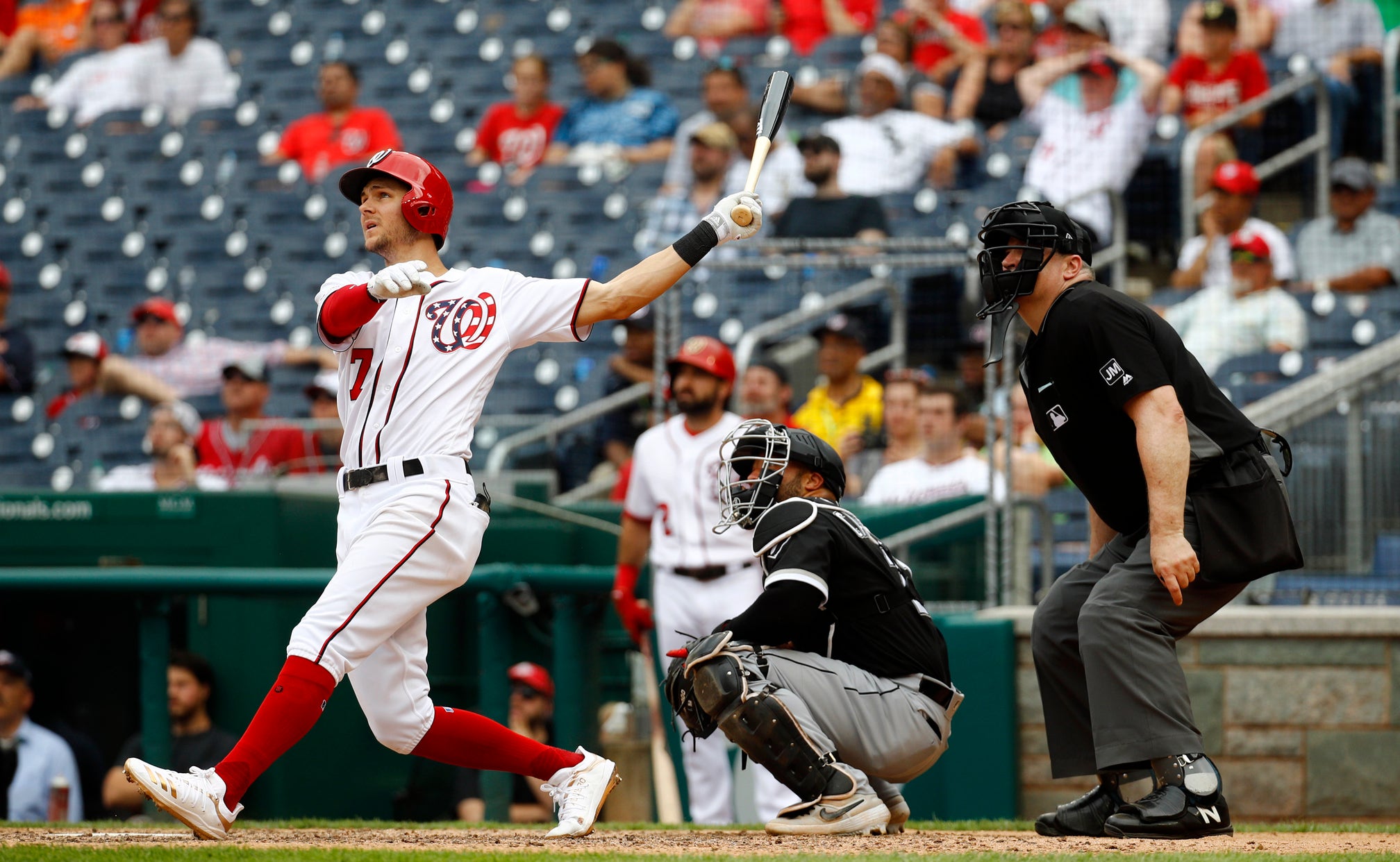 Turner homered with two outs in the ninth inning, and the Nationals beat the Chicago White Sox 6-4 Wednesday to extend a winning streak to four for the first time since early September.

"I've never hit for power in batting practice in my entire life," Turner said. "It's a matter of taking a good swing on a good pitch in the zone."

Washington led 4-1 in the eighth before another mess created by a bullpen that has a 6.68 ERA. No other team is above 6.00.

Leury Garcia singled with one out in the eighth off Kyle Barraclough, and Yoán Moncada hit a drive that Juan Soto caught with a leap at the left-field wall.

Washington's bullpen had pitched 10 scoreless innings over the three prior games.

"Three weeks ago, we probably lose that game, and we end up winning," manager Dave Martinez said.

Colomé (2-1) entered with two outs and none on in the ninth and walked Brian Dozier on four pitches. He fell behind Turner 2-0, and Turner drove a high full-count fastball into the left-field bullpen for his third game-ending home run, his second this season.

"There is no excuse why I didn't do a better job," Colomé said.

Sean Doolittle (4-1) pitched out of two-on, one-out trouble in the ninth, striking out Garcia and Moncada.

Kurt Suzuki had an RBI single in the second and hit into a run-scoring forceout in the fourth. Victor Robles had a sacrifice fly in the sixth off Evan Marshall, and another run scored when shortstop Tim Anderson dropped Gerardo Parra's popup in short center field for an error.

"There are a lot of things we could critique," White Sox manager Rick Renteria said.

Anthony Rendon walked in the fifth to extend his on-base streak to 21 games. The third baseman caught Yolmer Sánchez's one-out liner with the bases loaded in the third, then stepped on the base for an inning-ending double play.

White Sox: OF Jon Jay (hip strain) was 0 for 3 Tuesday in the second game of a rehab assignment with Double-A Birmingham.

Nationals: Dozier entered as a defensive replacement in the ninth, a day after leaving with a bruised right forearm after he was hit by a pitch in the second innings.

Nationals: Patrick Corbin (5-3, 3.46 ERA), looking to bounce back from his worst start of the season last Friday in Cincinnati, starts Thursday in San Diego. He went 6-7 in 14 starts and five relief appearances against the Padres for NL West rival Arizona.