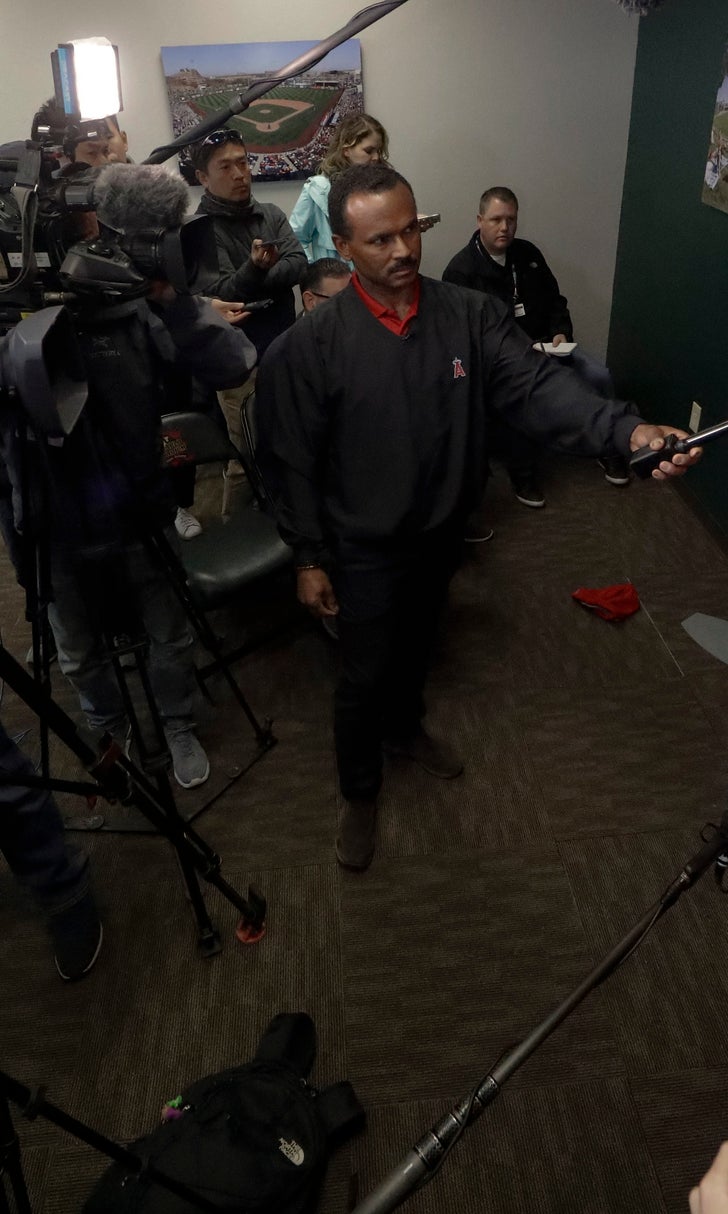 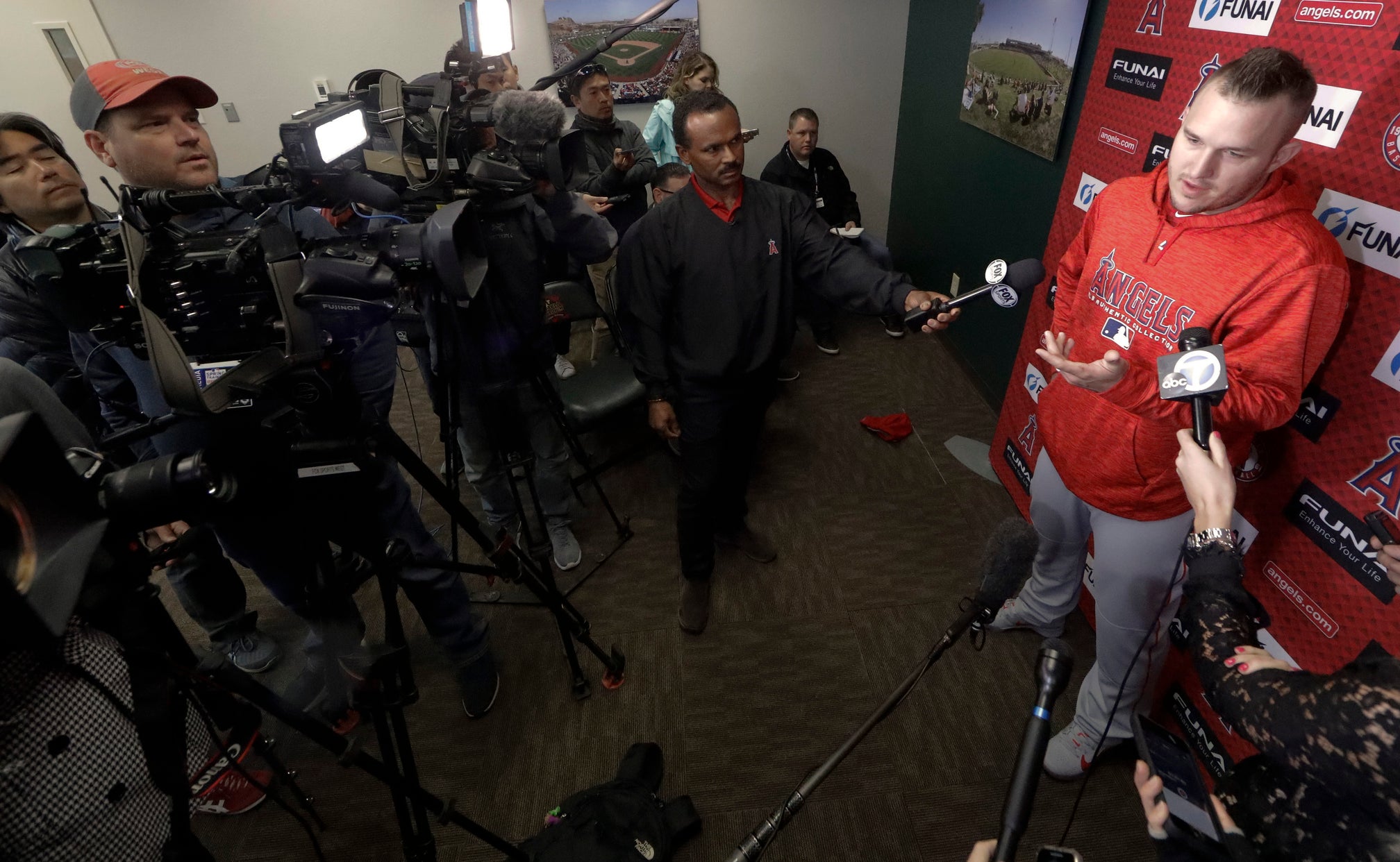 TEMPE, Ariz. (AP) — Los Angeles Angels owner Arte Moreno said the team has had internal discussions regarding a new contract for outfielder Mike Trout, who can become a free agent after the 2020 season.

"One of the last interviews I gave I said it's not in the back of our mind but in the front of our minds," Angels Moreno said Monday.

The 27-year-old Trout did not want to discuss his contract situation on the Angels' first day of full squad workouts.

"I enjoy it here. I'm having fun," he said. "Obviously, losing's not fun but I enjoy playing this game. I leave it out on the field every night, every day and I go from there."

Trout has heard from plenty of fans back home in the Philadelphia area about where they'd like him to play.

"I don't think I went a day this offseason without somebody saying, 'Hey, when are you coming to Philly?'" Trout said. "I can't predict the future. I don't know."

"I'm an Eagles fan, and I know how we are," Trout said. "If you're going good, we love them. Fans appreciate hustle all the time. They like 100 percent effort. Even if you're struggling, if you show them you're giving 100 percent, they see that and they respect that. I don't know how many times I heard, 'Is Harper coming?' I don't know. It's not a good direction for baseball when these guys aren't signed."

Moreno is not against long-term contracts. He signed Albert Pujols to a $240 million, 10-year contract in December 2011.

"If we don't give a long-term contract, Albert doesn't come here," Moreno said. "He's been great for the franchise, a really special player. You try not to go back too far for paying for something he's already done, but you also look at the player and see what he really means to the franchise. We're always trying to sell fan experience. We're not going to win every night but we want to be in a situation where fans come to the ballpark and they get an opportunity to see some of the best players."

Notes: Angels manager Brad Ausmus said RHP Matt Harvey, bothered by a glute strain, threw off the mound on Monday. ... OF Justin Upton will be sidelined for a few days because of right knee patella tendinitis, Ausmus said.