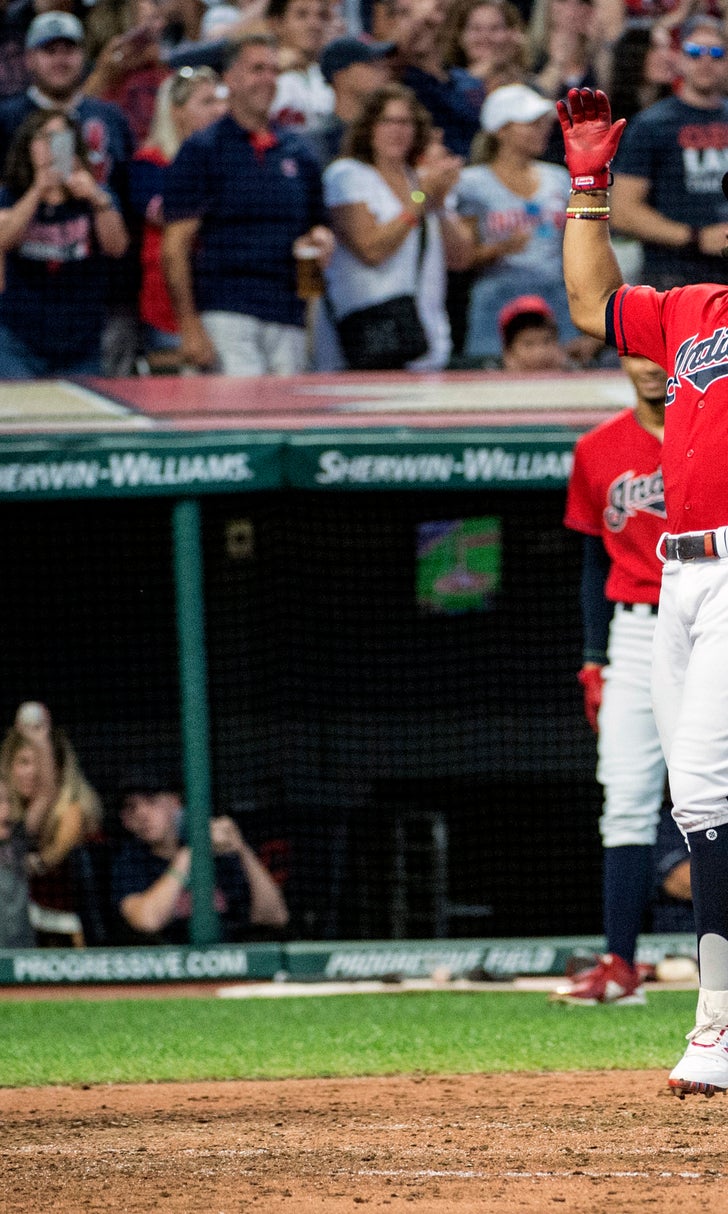 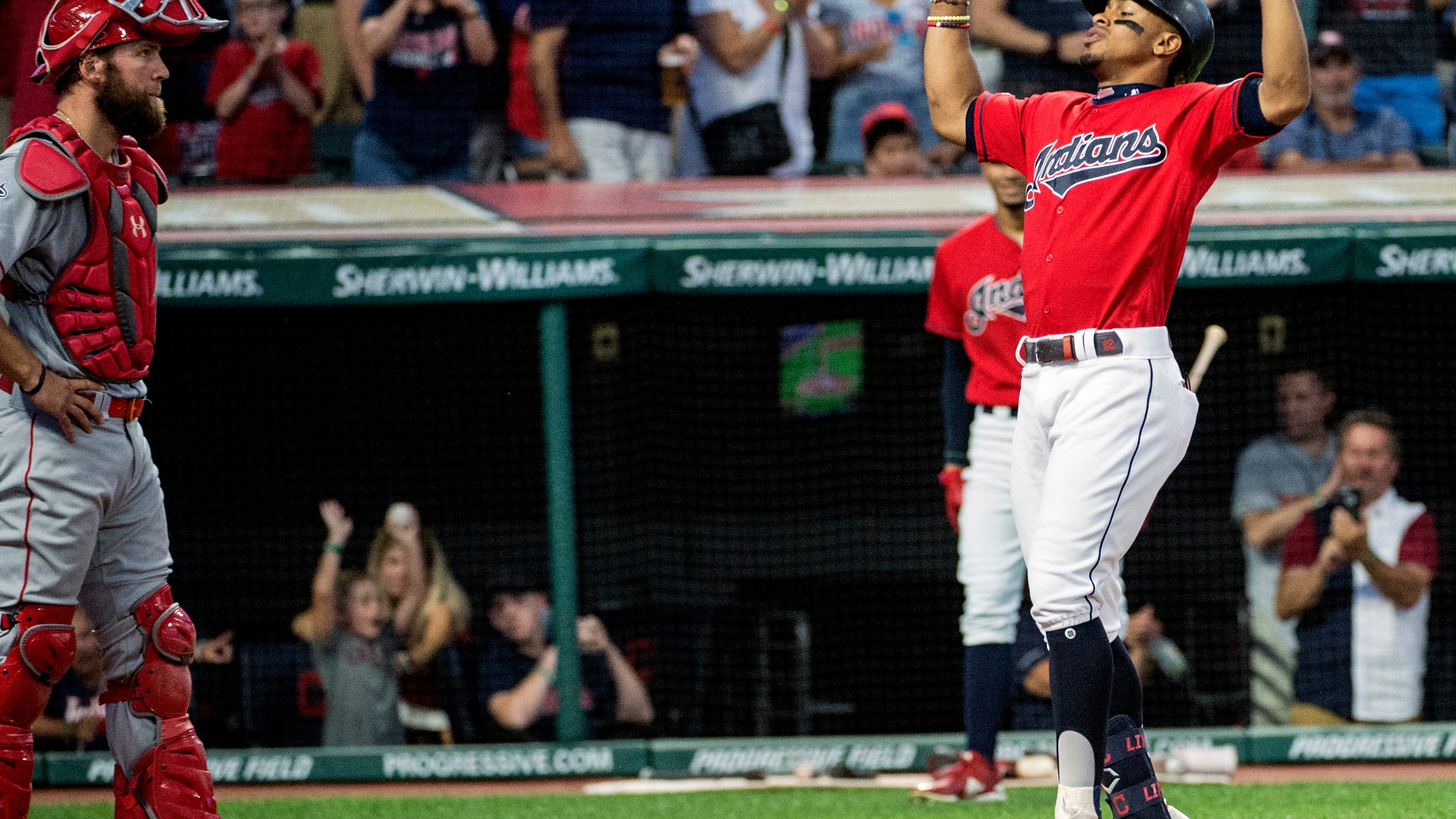 CLEVELAND (AP) — Francisco Lindor is in the market for a new jersey.

Cleveland's rally came moments after Browns quarterback Baker Mayfield was shown on the scoreboard, sitting in a Progressive Field suite. Mayfield drank from a beer can after biting into it and showed off his Lindor jersey, leading to a loud cheer from the crowd.

Lindor says he wants Mayfield's No. 6 jersey with the Browns to return the quarterback's support.

"We all appreciate him," Lindor said. "We're all a fan of him. What he did with the beer was pretty impressive."

Carlos Santana added a solo shot in the eighth, helping Cleveland to its third win in four games.

The Indians didn't have a hit through four innings, but quickly broke open a scoreless tie to keep the pressure on first-place Minnesota in the AL Central.

"We had good at-bats," Lindor said. "We feed off each other's energy. That's why it's contagious."

Cleveland right-hander Adam Plutko (4-2) allowed one run in 5 1/3 innings. He was removed with runners on second and third, and Justin Upton hit a sacrifice fly off Nick Goody.

Upton added an RBI single in the eighth, but Adam Cimber struck out Kole Calhoun with two on to end the inning.

Plutko had a simple strategy as each inning passed and the game remained scoreless.

"Get the leadoff man out, get the next man out and get the man after that out," he said. "Come back in the dugout and let us hit."

Franmil Reyes, who was acquired in a three-team trade Wednesday, lined a one-out double to left in the fifth for the Indians' first hit. Kipnis homered to right, his 10th of the season.

Kevin Plawecki was hit by a pitch and Anderson replaced Cahill. Tyler Naquin singled and Lindor homered to center for his 19th of the season.

Peña sprained his right knee as he stepped on first base to record an out on a ground ball hit by José Ramírez. First baseman Albert Pujols fielded the ball and made a high underhand toss to Peña, who was covering the bag.

Peña reached for the ball and his left foot landed on the base. He hopped around on his left foot before going to the ground in pain holding his right leg. The pitcher was eventually carried to the dugout by Pujols and a trainer.

Angels manager Brad Ausmus didn't have an update on Peña following the game.

"I'm not overly optimistic based on his reaction," he said. "It didn't look out of the ordinary other than him going down right after he hit the top of the bag."

Plutko had an interesting week. The right-hander originally was slated to follow starter Danny Salazar in Thursday's game against Houston. That plan changed when Trevor Bauer was traded to Cincinnati on Wednesday, putting Plutko back in the rotation.

"It's not my first time doing it," Plutko said. "I just feel it's part of my job. Sometimes I'm in the bullpen. Sometimes I'm starting. Sometimes I go a week between starts. I love it. I'll do anything for this team."

Peña leads the Angels with eight wins, including victories in three of his last five outings going into Saturday.

"He has pitched pretty well for us," Ausmus said. "We are taking some hits in the starting rotation."

Angels: SS Andrelton Simmons was a late lineup scratch because of a sore left foot.

Angels: RHP Jaime Barria (4-4, 6.28 ERA) has struggled away from his home ballpark, allowing 24 earned runs in 20 1/3 innings over five appearances on the road.

Indians: Shane Bieber (10-4, 3.40 ERA) allowed two runs in seven innings against Houston in his last start, but the All-Star Game MVP was outpitched by Justin Verlander.