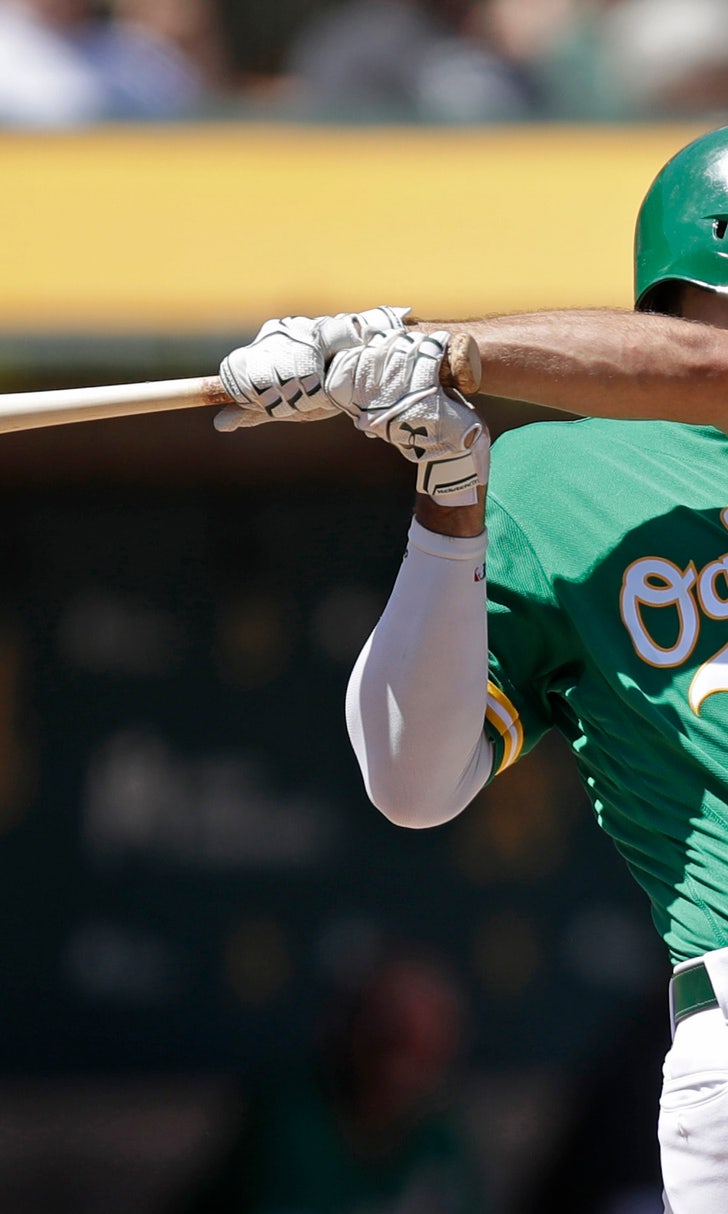 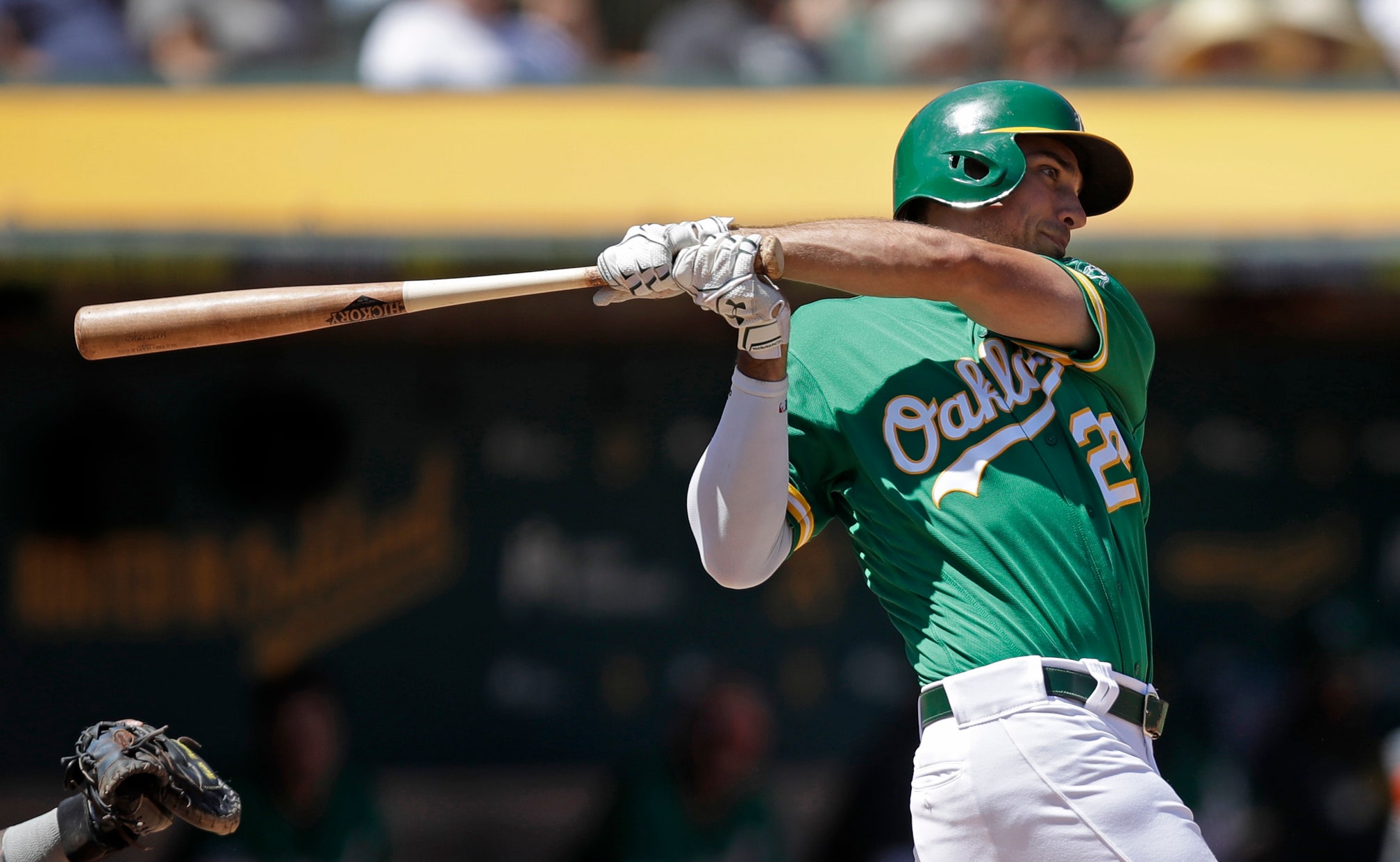 Chapman, Canha back Bassitt in A's 8-4 win over Astros

OAKLAND,Calif. (AP) — Chris Bassitt believes the Oakland Athletics' struggles against the Houston Astros are due in part to the perception that the 2017 World Series championship are unbeatable.

He helped pierce that aura of invincibility on Saturday.

Matt Chapman doubled among his three hits and Mark Canha had two hits and three RBIs to back Bassitt's six solid innings in the Athletics' 8-4 victory over the Astros.

Matt Olson and Josh Phegley each had two hits for Oakland, which finished with 13 hits — just two for extra bases. The A's have won four straight games and 11 of their last 16. They have gained four games in four days on the Astros, closing to within 6 1/2 games of the AL West leaders.

Oakland has won the first three of a four-game series against Houston after dropping nine of its first 11 games to the Astros.

"To me personality, it has been a problem," Bassitt said. "Are they a great team? Yeah. Are they a top two or three team in all of baseball? Yeah. But when you give them more credit than they deserve everything snowballs on you.

"When you go on the attack and you attack them, it makes life a whole heck of a lot easier."

"I would just chalk it up to us being confident and playing really well right now," he said.

Bassitt (9-5) gave up three runs and eight hits with two walks. In seven starts since the All-Star break he's 4-1 with a 2.36 ERA. Bassitt threw 116 pitches, a career high for the 30-year-old who missed all of 2017 recovering from Tommy John surgery.

The A's won for just the third time this season in game in which they didn't homer.

"When we play like that, when we don't hit a home run and we win, I think that's good for our psyche," A's manager Bob Melvin said.

Yordan Alvarez homered twice for Houston, which has lost five straight and six of seven after winning eight in a row and 18 of 21.

The A's scored five runs against rookie starter Rogelio Armenteros (1-1) in the third, when the first seven hitters reached base safely. Canha's two-run single highlighted a rally that gave the A's a 5-2 lead.

Armenteros gave up five runs and seven hits with one walk in four innings. The 25-year-old was called up from Triple-A Round Rock to make his second career start and fifth appearance with starter Gerrit Cole missing his second turn in the rotation with a right hamstring injury.

"It didn't happen the way I wanted," Armenteros said through a translator. "They found my holes in my execution. I have to keep focusing on all aspects of the game, pitch selection, execution and command."

Oakland opened up an 8-3 lead in the fifth, when four straight batters reached safely to start a three-run inning.

Alvarez hit his 19th homer off reliever Ryan Buchter leading off the eighth. He homered off Bassitt in the fifth.

Michael Brantley was 2 for 4 with his fourth straight multi-hit game for Houston.

Armenteros was optioned to Triple-A Round Rock after Saturday's game. ... Astros RHP Francis Martes was reinstated from the restricted list and placed on the minor league injured list. Martes, who had Tommy John surgery on Aug. 15 of last year, was suspended for 80 games for testing positive for a performance enhancing drugs in March.

Astros: RHP Brad Peacock (right shoulder) is expected to be activated from the injured list on Sunday, manager A.J. Hinch said. Peacock's return would be a welcome addition a taxed Astros bullpen. Going into Saturday four relievers (Héctor Rondón, Ryan Pressly, Will Harris and Joe Smith) had pitched in three of their previous four games. ... RHP Cy Sneed was optioned to Round Rock to make room on 25-man roster for Armenteros.

Athletics: OF Stephen Piscotty injured his right ankle sliding into second base on a pickoff attempt. He left the game for a pinch-runner. Melvin said the injury isn't believed to be serious but Piscotty will likely sit out Sunday's game.