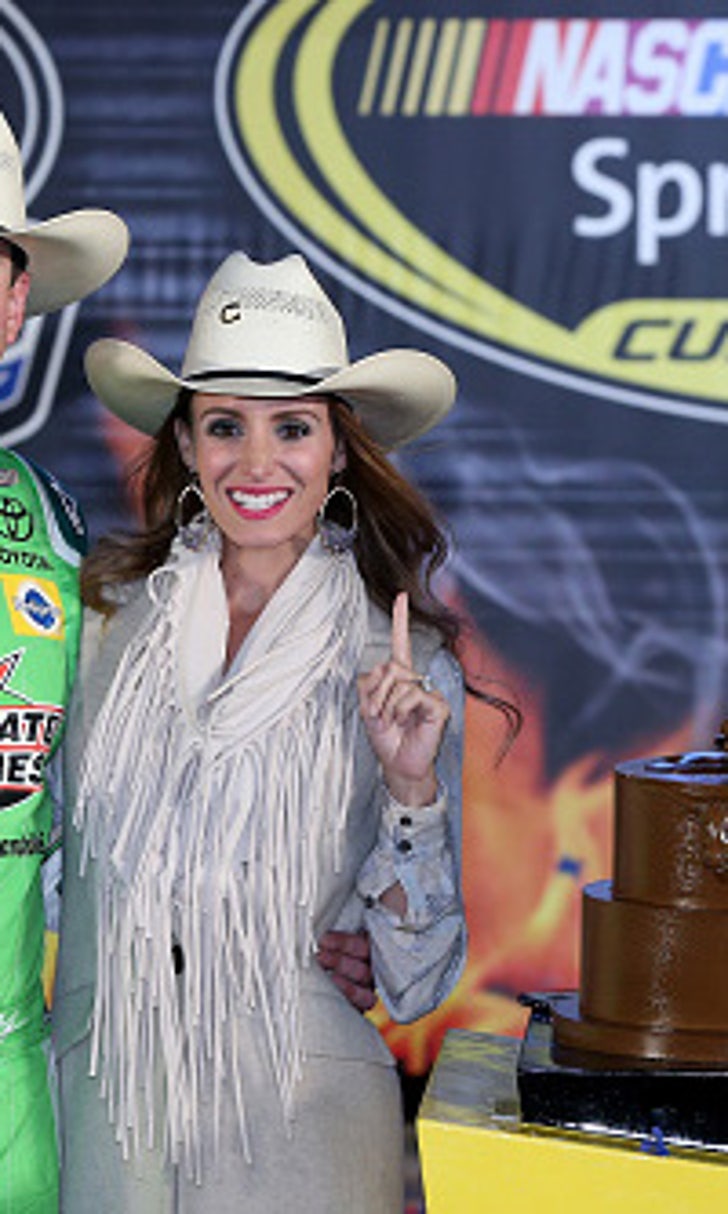 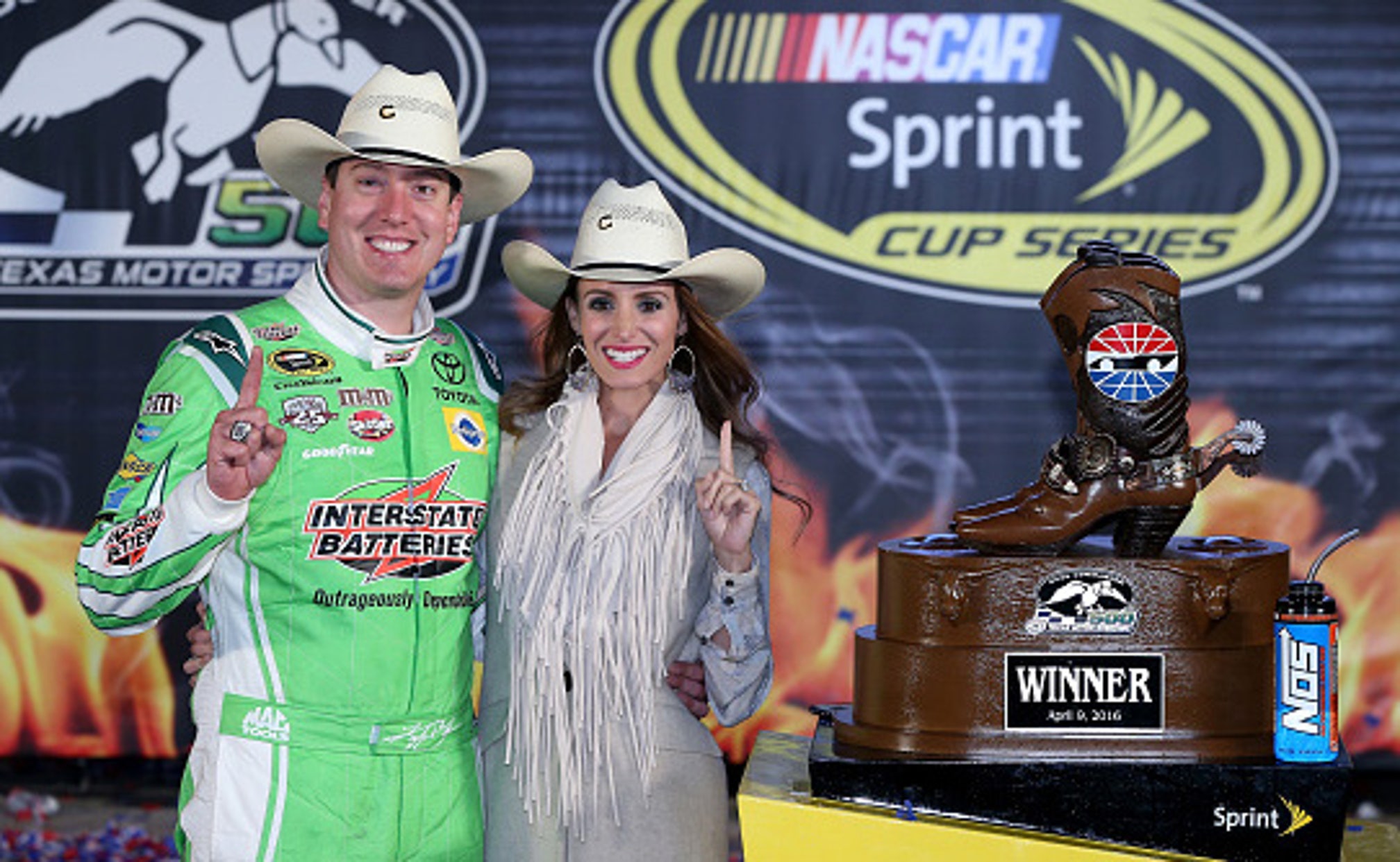 The NASCAR Sprint Cup Series travels to Bristol, Tennessee this week for the Food City 500. The race can be seen Sunday at 1 p.m. ET on Fox. Be sure to test your knowledge of NASCAR by competing in Fox Sports Fantasy Auto Racing.

Bristol is a high-banked half-mile track which provides some of the best racing of the season. It is the fastest of the short tracks and teams must bring a setup that allows the car to roll through the turns. Sometimes the only way to make a pass is to move the driver out of the way. The race will start with 40 calm drivers, but tempers will likely flair before the checkered flag.

Drivers either know how to make fast laps at Bristol or they do not. It is a rhythm track that requires the driver to quickly get into the gas coming out of the turns and get on the brakes entering each corner. The teams who can manage their brakes and find the rhythm getting on the gas will make fast laps Sunday.

Could this be the week that the luck for Matt Kenseth turns around? He has led laps in every race this season but only has one finish in the top 10 (Phoenix). Kenseth won the pole and the race last year at Bristol and the No. 20 car should be up front this week.

Here are the results from the two races at Bristol Motor Speedway in 2015:

Qualifying will be very important this week. The drivers who qualify up front will get to choose the premium pit stalls and will be able to avoid going a lap down. It only takes about 10-20 laps for the leader to start lapping cars. Although the scoring system for Fox Sports Fantasy Auto Racing rewards drivers who improve their position in the race more than the drivers who lead the most laps, it will be important for fantasy teams to choose drivers who start up front Sunday.

Kyle Busch ($13,400) has not shown any signs of slowing down after winning the NASCAR Sprint Cup Championship in 2015. He won the last two races and has a great chance at making it three in a row Sunday. Busch has five wins and a series-best 1,703 laps led in Thunder Valley. Do not be surprised to see Busch taking another bow after the race this week.

Jimmie Johnson ($13,400) only has one win at Bristol, but he consistently finishes up front. Johnson has three consecutive finishes in the top four and he finished 10 of the last 14 races in the top 10 at the track. The No. 48 car is running well this season so I would expect a top-five finish this week.

Joey Logano ($11,500) is one of the best drivers in the series at Bristol. He won two of the last three races and led 176 laps in the fall race at the track. Logano always qualifies up front and should be a safe pick for a top-five finish Sunday.

Matt Kenseth ($8,700) is one of the most consistent drivers at Bristol. He won two of the last five races and has led over 500 laps at the track since joining Joe Gibbs Racing. No driver needs a solid run worst than Kenseth this week and I think he will get it.

Carl Edwards ($12,100) is another one of the Joe Gibbs Racing drivers who should be up front this week. He has finished three of the last four races at the track in the top seven. Edwards has been to Victory Lane three times at Bristol. I would not be surprised to see him doing a back flip after the race this week.

Ricky Stenhouse Jr. ($8,000) is the best value pick this week. He has a series-best average finishing position and has finished three of the last four races at the track in the top six. The No. 17 car has been fast this year and it would not be surprising to see them racing for the win at Bristol.

Kyle Larson ($8,700) is probably not the first driver people think of when it comes to racing at Bristol, but few drivers make their way around the top of the track the way he does. Larson has finished three of his four career races at the track in the top 12. He finished third at the short track at Martinsville and he should be up front again this week.

Chase Elliott ($5,000) has never competed in a Sprint Cup Series race at Bristol but that does not matter. He has proved this season that he does not race like a rookie. Elliott has four top-10 finishes this year and is close to winning his first race. His price makes the No. 24 car a must add to all fantasy teams this week.

Ryan Blaney ($5,000) is another driver who is greatly underpriced in the Fox Sports Fantasy Auto Racing game. He has not been running as well as Chase Elliott, but he is still worth the minimum price in the game. Last year Blaney qualified 15th and finished 22nd at Bristol. I expect similar results from the No. 21 car this week.

Here are my picks for the Food City 500 for Fox Sports Fantasy Auto Racing: