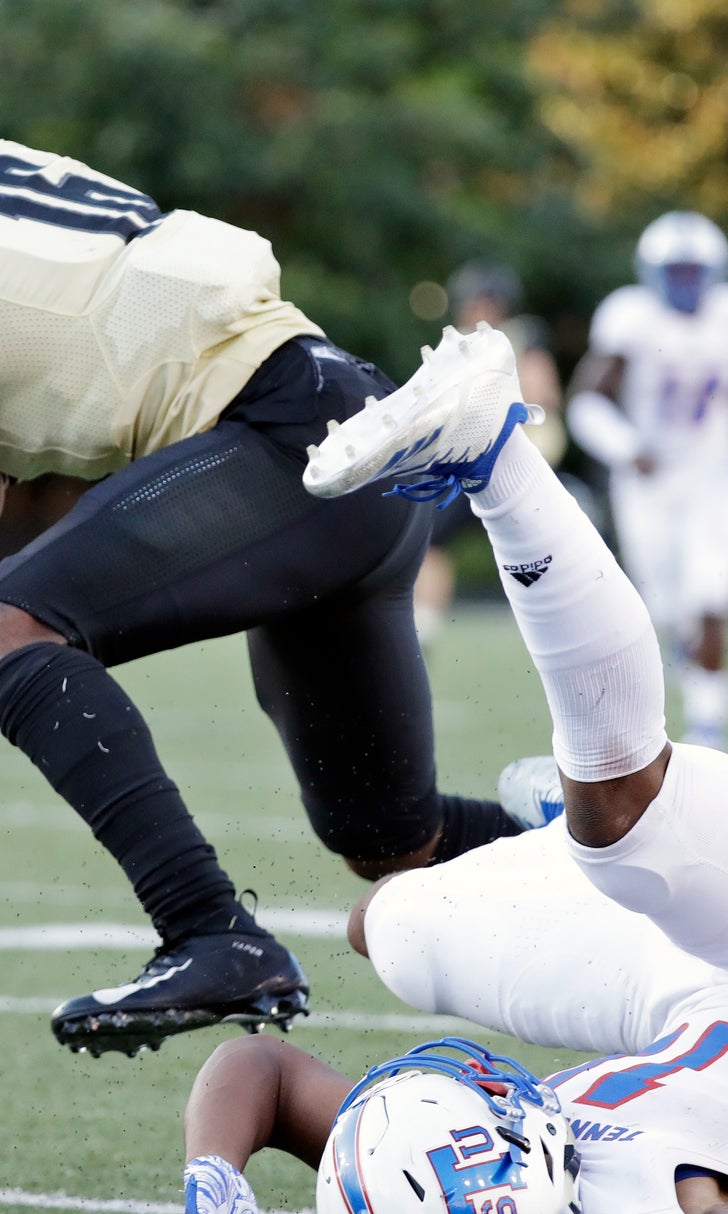 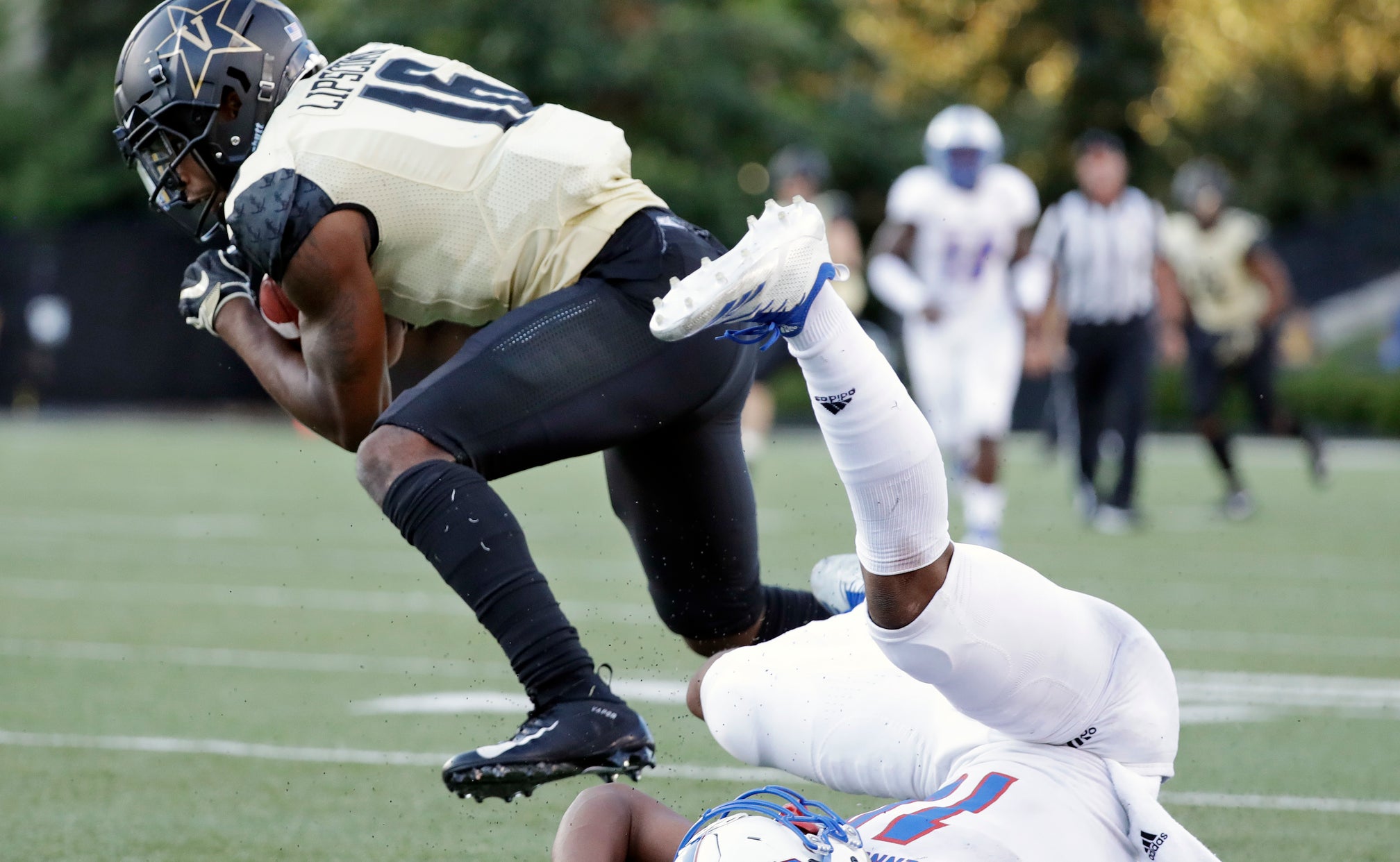 The FCS Tennessee State Tigers put a scare into the SEC's Vanderbilt Commodores who eked out a 31-27 win behind Kyle Shurmur's 297-yard, three-touchdown performance Saturday. Postgame, the visitors didn't lament their missed opportunities, and the home team wasn't just relieved by its close call.

The teams united in prayer at midfield, and their coaches — TSU's Rod Reed and Vanderbilt's Derek Mason who are close friends — embraced.

Late in the first half, Tigers linebacker Christion Abercrombie was taken off the field by stretcher and moved to the Vanderbilt University Medical Center's emergency room after collapsing with a head injury that Reed later confirmed required surgery.

"Football is what we do, not who we are," Mason said after the game. "At the end of the day when serious injuries happen, football becomes secondary."

Tennessee State issued a statement Saturday night saying Abercrombie was in critical condition and being observed.

The Commodores (3-2) sputtered offensively out of the gate with Shurmur throwing two interceptions, as many as he had in Vanderbilt's first four games, in the game's first 15 minutes.

"We missed opportunities in the red zone," Mason said. "We were so inconsistent today. I told the guys we aren't playing right but you must be living right."

Sparked by a pair of Power 5 transfers in quarterback Demry Croft and wide receiver Treon Harris, the Tigers (2-1) rode their pass-happy offense and played opportunistic defense for a 13-10 halftime lead.

Vanderbilt responded with two rapid-fire touchdowns — a 38-yard pass from Shurmur to Kalija Lipscomb and a weaving 78-yard rush by Ke'Shawn Vaughn — in the first six minutes of the second half. With a 24-13 lead and its offensive stars clicking, the Commodores finally appeared to be headed to the expected victory.

"(Shurmur's) going to find Kalija," Mason said. "And Ke'Shawn Vaughn is a special back. He's spectacular with the ball in his hands and when he gets to the second level, he can do some different things."

Indeed, on his touchdown scamper — the longest for Vanderbilt in six years — he covered the first 39 yards running diagonally from far hash mark to near sideline. Then he made a sharp cut, staying inbounds and avoiding TSU defenders while reversing field and then covering the final 39 yards cutting diagonally all the way back across the field to the far pylon for the touchdown.

Officially, it went down as 78 yards; in terms of ground covered, it was nearly 120.

Despite the two highlight-worthy scores, the Tigers refused to go quietly, charging back until Croft, a Minnesota transfer, threw incomplete on fourth down, turning the ball over with 1:25 remaining.

TSU was without leading receiver Chris Rowland. Harris, who had his best game as a quarterback for the University of Florida against Vanderbilt in 2014, picked up the slack, with eight catches for 109 yards and a touchdown that gave the Tigers a 13-7 lead halfway through the second quarter.

Tennessee State: Reed's team missed a chance at a defining upset but may turn out to be a surprise team in the OVC this season.

Vanderbilt: The Commodores certainly had moments of offensive excellence — Vaughn's touchdown and the play of Lipscomb in particular — but struggled to slow down their FCS opponents. That doesn't bode well for a team with bowl hopes staring down seven straight SEC games.

Tennessee State: The Tigers face another in-state rival, traveling to nearby Clarksville next week to face OVC foe Austin Peay.

Vanderbilt: The Commodores travel to No. 2 Georgia on Saturday, beginning a stretch of seven straight in the SEC.

Ohio State's Championship Conundrum
The Buckeyes could miss the Big Ten title game through no fault of their own. Urban Meyer offers one thing to keep in mind.
10 hours ago