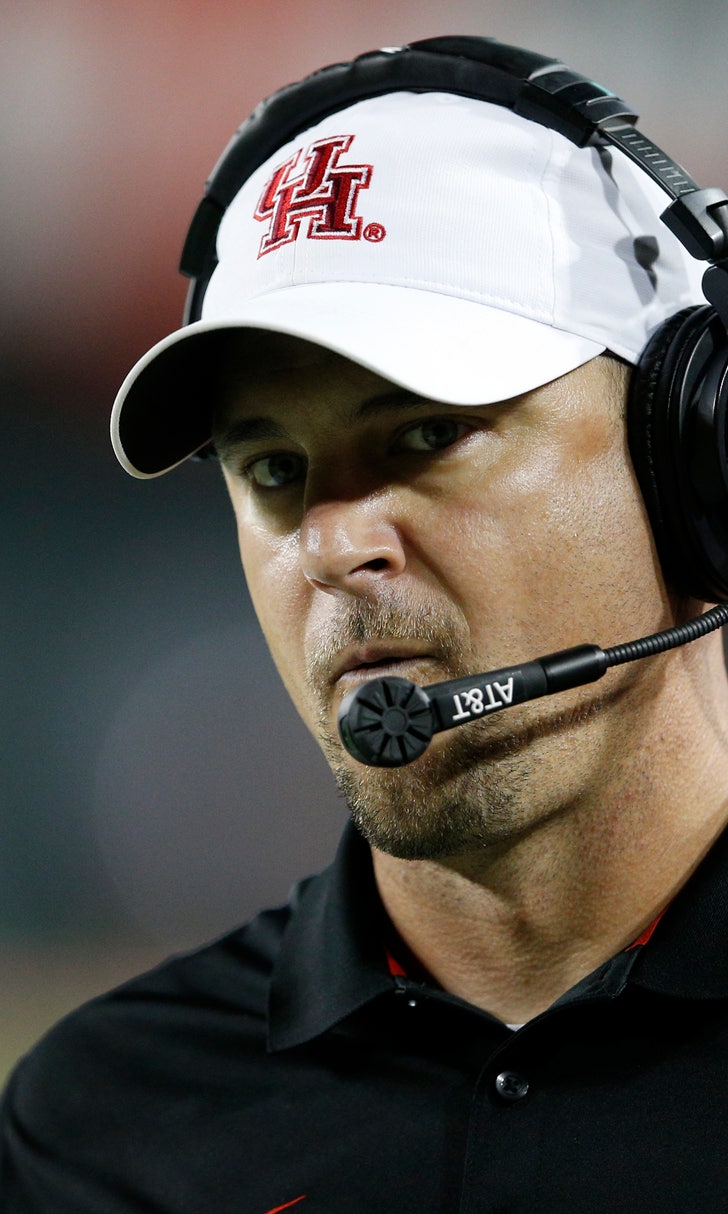 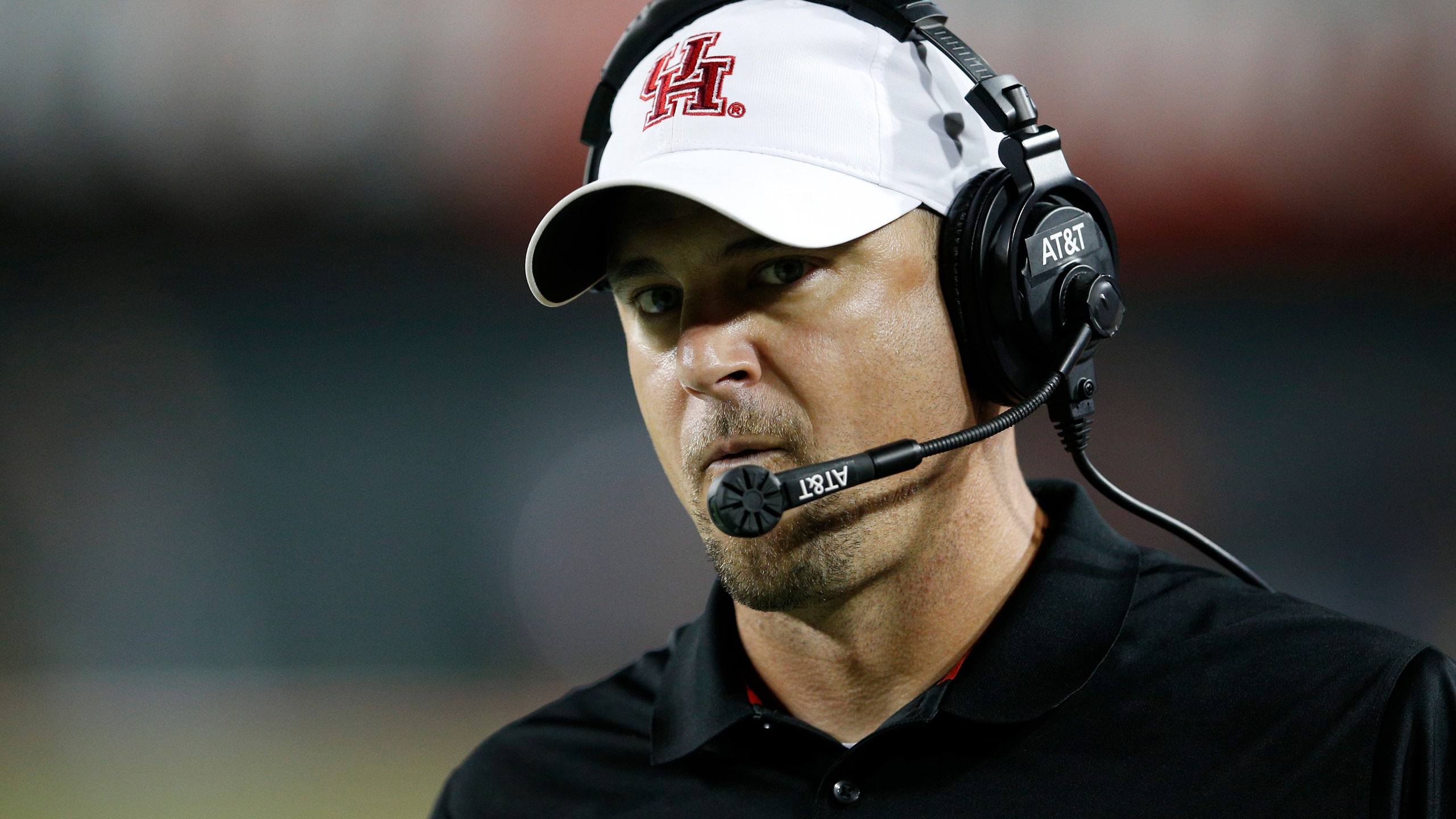 The Big 12 all but guaranteed Tom Herman is leaving Houston 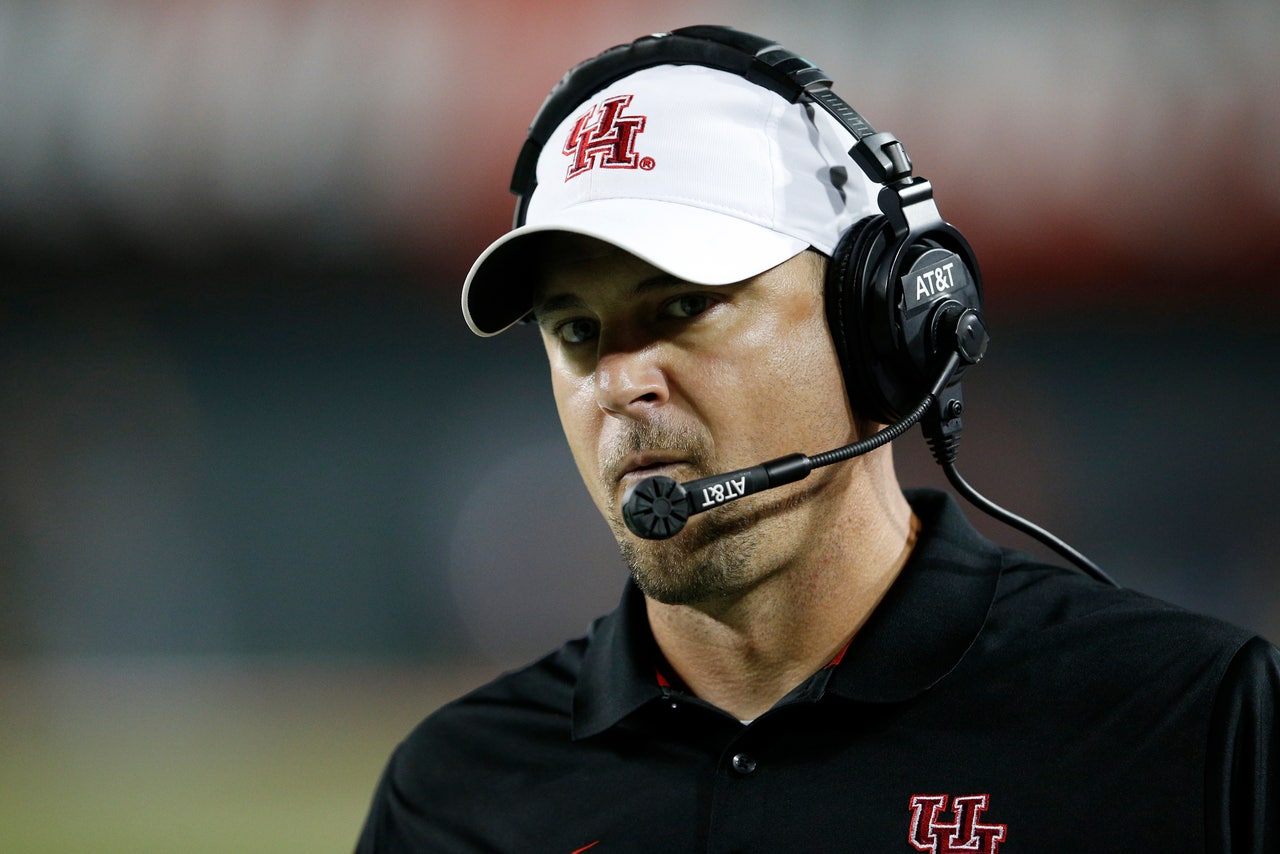 The Big 12 has decided that it’s cool with being ridiculously named for a few more years.

Monday, the league voted to remain at 10 member schools, eschewing bids from Cincinnati, South Florida, BYU, Houston and others.

The decision to remain at 10 teams makes some short-term sense for the Big 12. They have already lobbied for and won the right to host a conference championship game despite not having the requisite 12 members, and by maintaining their current number, they don’t have to split what is, for now, a static revenue pot two additional ways.

The long-term effects might be devastating for the Big 12, but for the time being, it’s business as usual.

But there will be collateral damage.

The most significant of which will be the now nearly inevitable exit of Tom Herman from Houston.

Herman — the man who took Houston to the Peach Bowl last year and has them poised to go to another New Year’s Six bowl in 2016 — was already the hottest name in coaching.

LSU wants him. Texas wants him. The NFL might want him. The list will continue to grow as the season continues. No matter what, Herman is due for a massive raise at the end of the 2016 regular season.

That’s a raise that Houston will no longer be able to provide.

Herman has been vocal about how much he enjoys being at Houston, and that’s not just lip service, but as the top choice for some of the nation’s premier jobs — and perhaps the singular premier job, in Texas — that loyalty only goes so far.

The bidding war that’s already starting to manifest itself around Herman is poised to make him one of the five highest-paid coaches in the nation. The prestige, the cash — Herman is going to have offers he cannot in good conscience turn down, no matter how much he loves being at Houston.

There was a chance that Herman could remain at Houston, even if LSU came calling — although it’s hard to see him turning down Texas in any capacity — because the Cougars’ athletic department was poised to make the financial aspect of the game comparable.

Houston and Herman had a verbal agreement that should the school be accepted into the Big 12, the coach would get a $5 million bonus, on top of what would likely be a significant raise — bolstered by the school's new Big 12 money. Combined, he’d be one of the top paid coaches in the nation. It might have been a little less money than LSU would have offered him, but the difference wouldn’t have been massive (Louisiana’s state income tax — six percent and rising — would have been a factor) and Herman wouldn’t have to relocate and start from scratch with a new program that, frankly, has a tougher route to the College Football Playoff.

But that $5 million bonus is off the table now, and without the additional Big 12 revenue, Houston isn’t going to be able to keep up with the Joneses.

There’s still a chance Herman stays at Houston, but he’ll be passing up massive raises to do so. The Big 12’s vote made the notion of him staying go from plausible to totally unforeseeable.

Given the coaching unrest at the league’s powerhouses — Texas and Oklahoma — you have to wonder if Herman’s pending (quasi) free agency was a factor in the expansion voting. 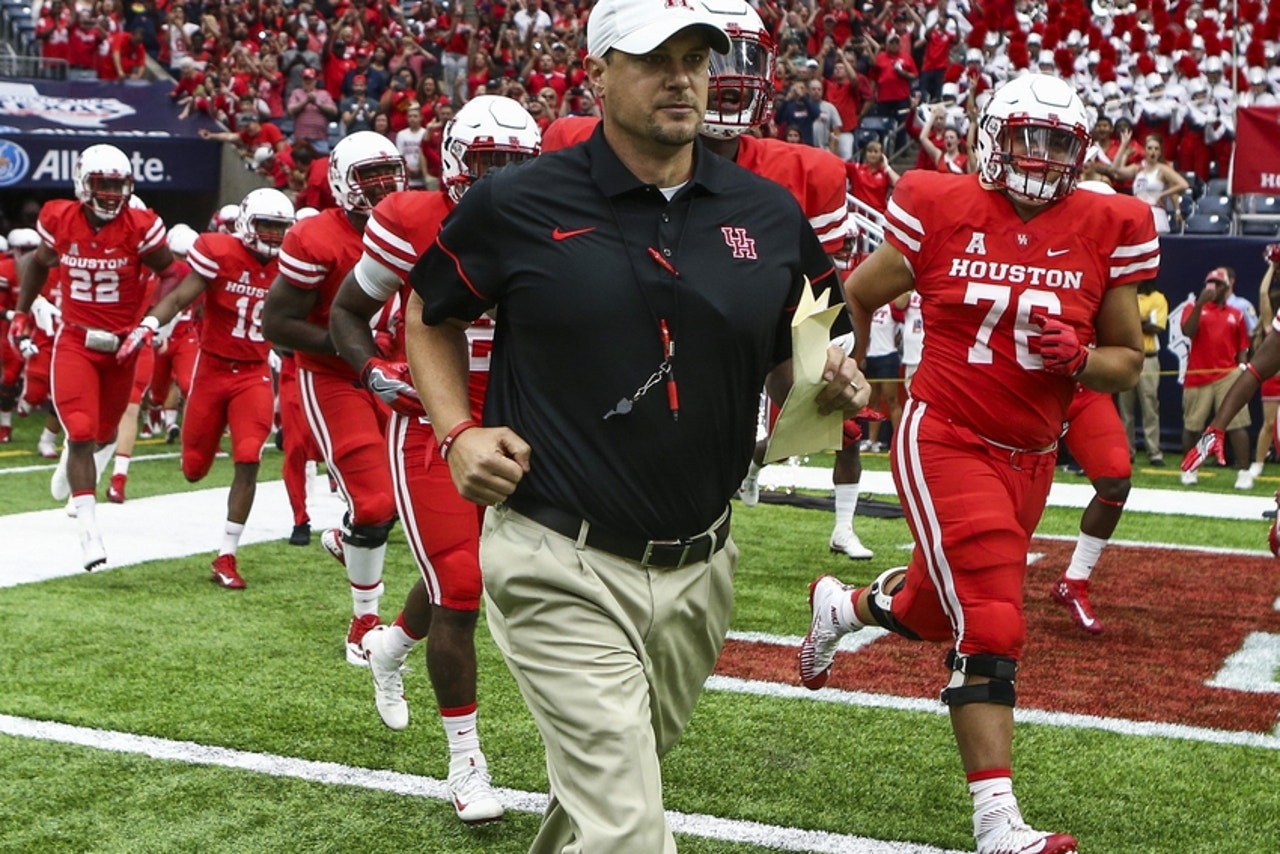 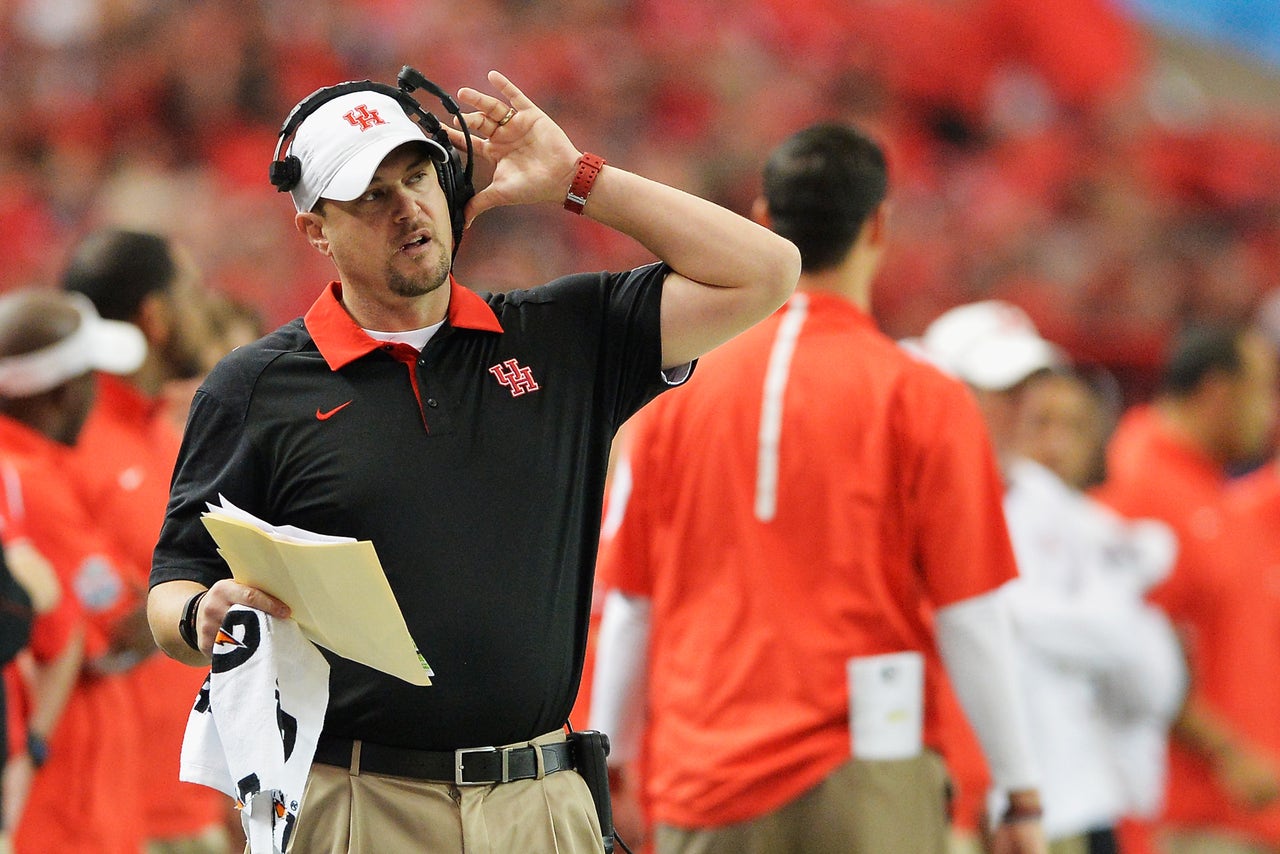 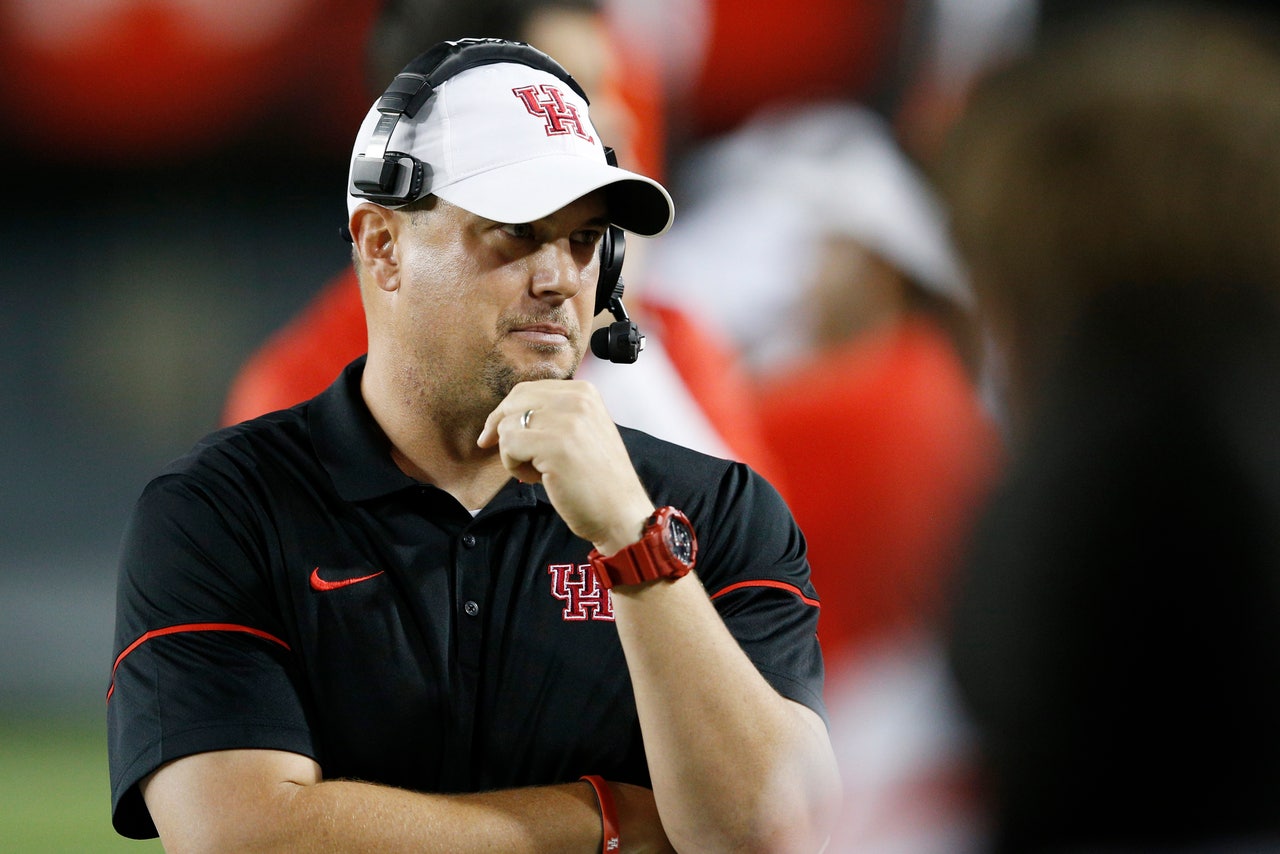