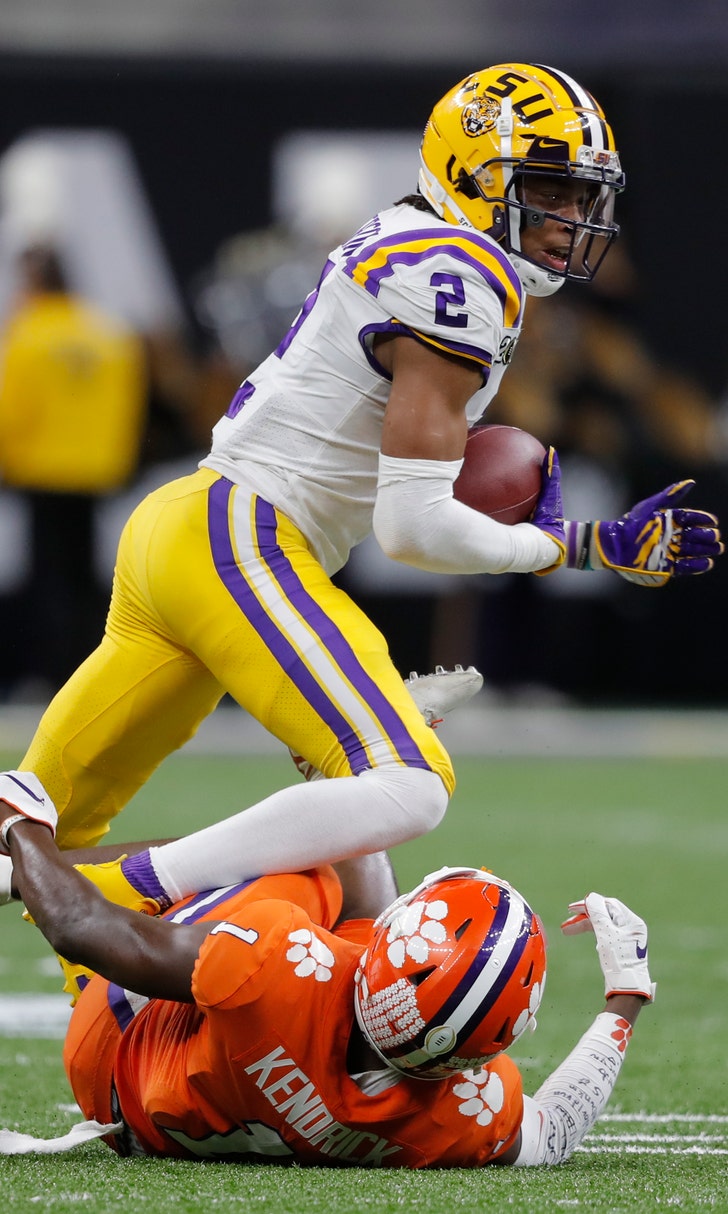 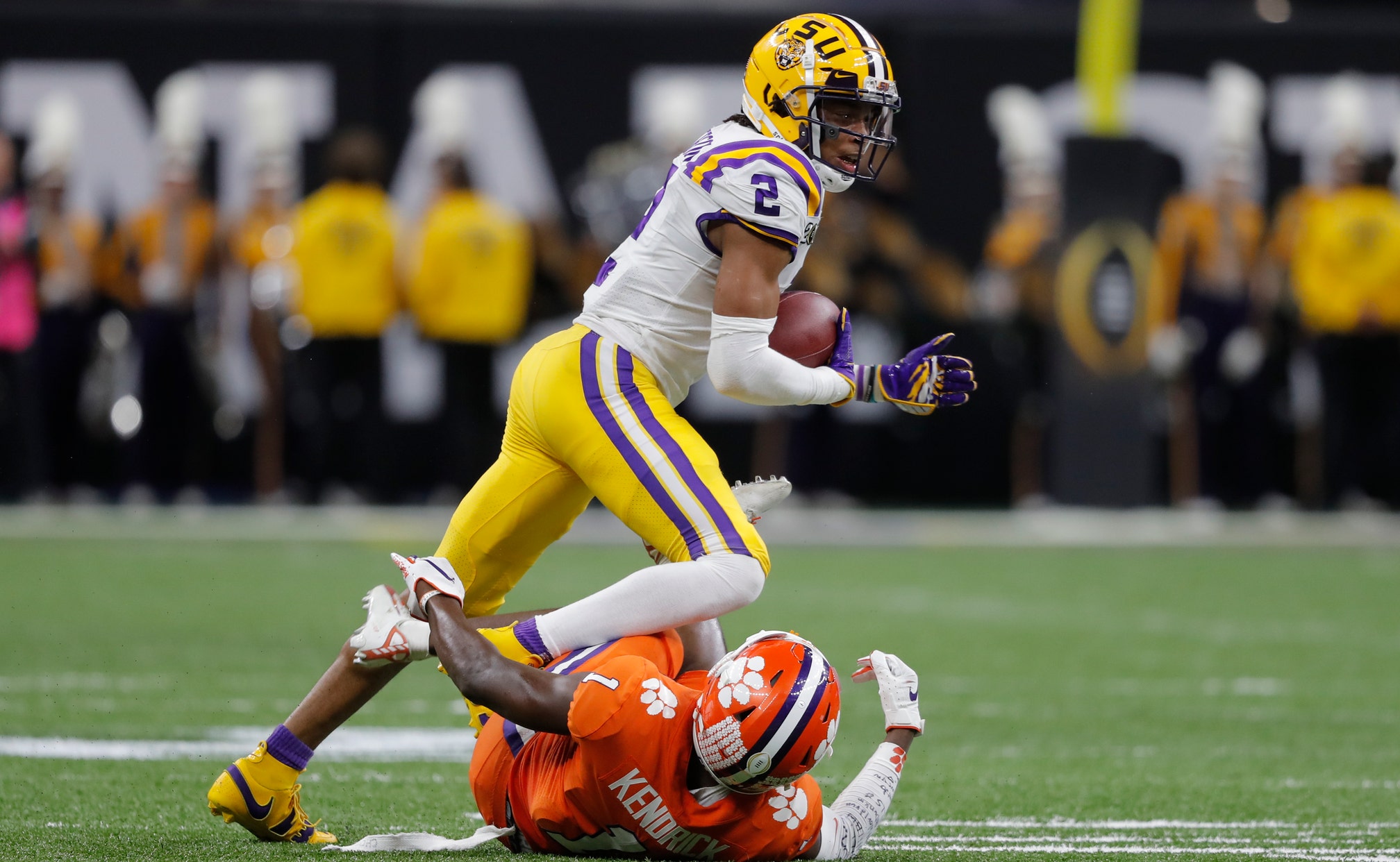 Athletic directors at the nation's biggest sports schools are bracing for a potential financial crisis related to the coronavirus pandemic.

According to a survey released Thursday by LEAD1, an association of athletic directors from 130 major college football schools, 63% forecast a worst-case scenario in which their revenues decrease by at least 20% during the 2020-21 school year. Even an abbreviated football season could cause schools to lose that much.

LEAD1 and Teamworks, a company that created an app designed to help keep teams and athletic departments connected, conducted the survey of more than 100 ADs from schools in Division I's Football Bowl Subdivision. “The State of Athletics in the Face of the Coronavirus” provides a sobering glimpse of the top concerns for the wealthiest athletic departments in the country.

The NCAA canceled winter and spring sports on March 12, separating thousands of college athletes from teammates and coaches and leaving them unable to practice and compete.

Athletic directors surveyed said their greatest concerns about their athletes over the next three months were academic progress, mental health and a lack of resources for them while off campus.

And then there are the financial concerns.

Canceling the men's Division I basketball tournament cost the NCAA $375 million it was scheduled to distribute to its member schools.

Asked for their worst-case scenario analysis, 65% of the athletic directors said revenue for the 2019-20 fiscal year would drop from 0-20%, including 35% expecting a decrease ranging from 0-10%.

Some schools are already taking steps to deal with this year's shortfalls.

Trying to make up $5 million in lost revenue from basketball tournament cancellations, Iowa State has announced a one-year, temporary pay reduction for coaches and certain staff to save more than $3 million. The school will also suspend bonuses for coaches for a year to save an additional $1 million.

“I've talked to many of my peers and they want to do what we just did,” Iowa State athletic director Jamie Pollard said Friday.

Wyoming athletic director Tom Burman announced on Twitter he would be reducing his salary by 10% through Dec. 31.

In the LEAD1 survey, 40% of the 95 ADs who responded said they approve and strongly approve when asked if they believe high earners should voluntarily offer to make a personal financial sacrifice during the crisis; about 15% disapproved or strongly disapproved.

Football season is six months away and for most FBS schools it is by far the biggest revenue driver. Any disruption to the football season could be devastating to college sports because that revenue funds just about every other athletic program.

“We often hear from ADs and MMR (multi-media rights) sellers that around 85% of revenue comes from football,” said Matt Balvanz, senior vice president for analytics for Navigate, a sports marketing consulting firm.

He said the average Power Five school makes around $120 million in revenue per year, “which means roughly $100 million per year from football.”

“The thought that no football or losing an entire season is, that's a complete game changer. There are so many layers." Pollard said.

For the average Power Five team, a home game is worth $14 million, including its value from a television rights deals, which is over 10% of average total revenue, Balvanz said.

“Larger departments can likely absorb a 10% loss, but if that increases to 20% and 30% with more games lost then that could be a major issue,” he said.

Playing games without fan in the stands? Balvanz said the average Power Five school gets some $30 million in ticket sales. If 85% of that is from football, that's a loss of $25 million.

Athletic directors surveyed by LEAD1 were asked what revenue streams were they most concerned about. Donations and ticket sales received the most votes. Balvanz said a typical Power Five school brings in around $20 million to $30 million per year in donations, which could also take a hit in a struggling economy.

Schools in Group of Five conferences, which don't rake in hundreds of millions yearly from their television deals, would be more vulnerable.

Fifty percent of G5 athletic directors in the LEAD1 survey said lost revenue from student fees was among their biggest concerns. Student fees and campus subsidies make up on average 30% to 50% of revenue from Group of Five schools, Balvanz said.

“What would a 10%, what would a 20% cut in our operations look like?” Long said. "We’ve just started those as part of strategic planning for the future, haven’t made any decisions. Most of that is determined on how far and how long this crisis lasts.”