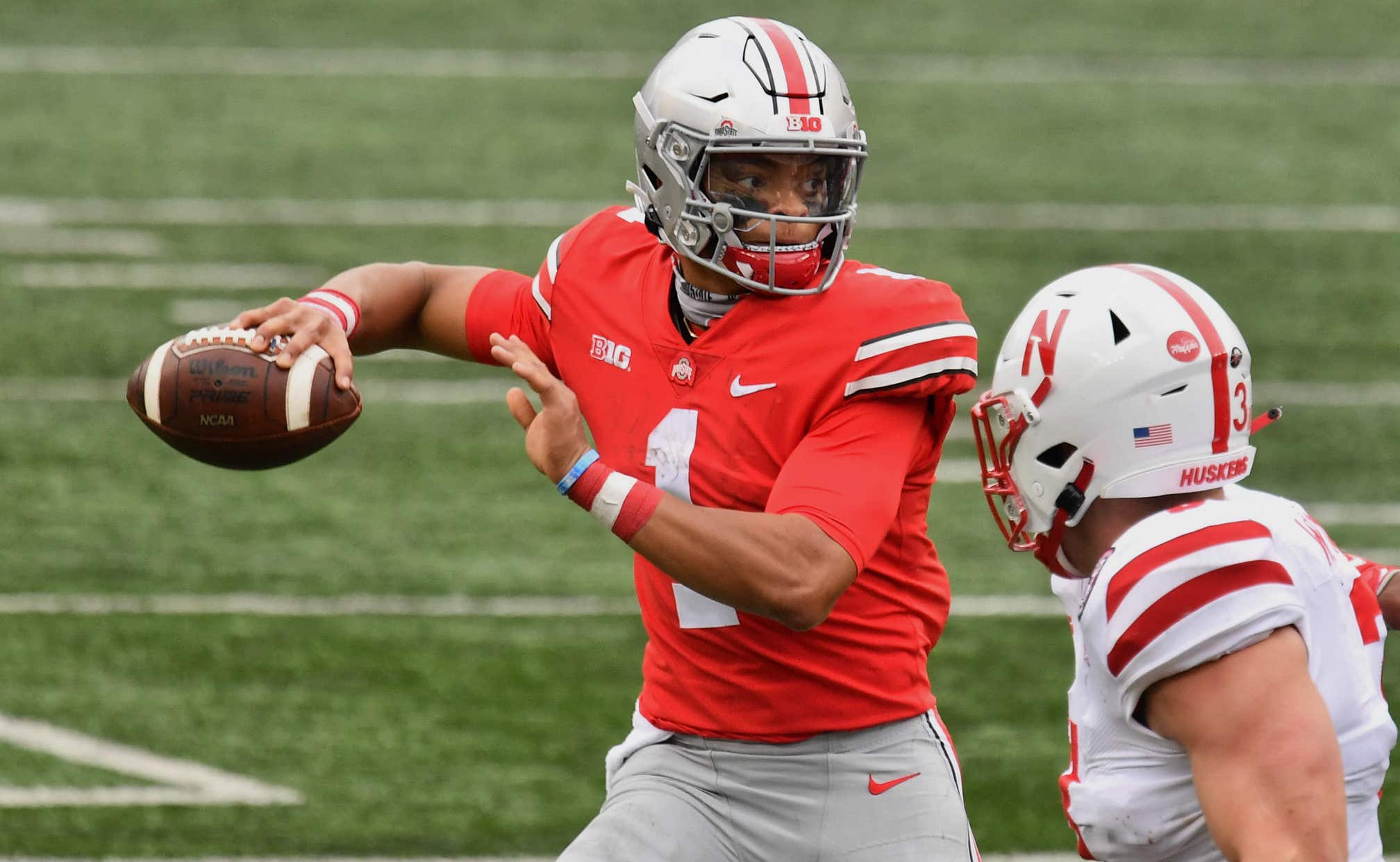 This is perhaps the most challenging week of the college football season.

The SEC has been hit hard by the COVID-19 pandemic, which has called off two marquee games in LSU-Alabama and Texas A&M-Tennessee. The Pac-12 had two games cancelled last week and is keeping an eye on those situations as the weekend approaches.

However, there are still a number of intriguing games on tap, including two big ones for a couple of Heisman candidates. And you could win your own jackpot in FOX’s Super 6 college football game.

Just download the FOX Super 6 app on your phone, pick all six of the college football games listed and the margins of victory in each. If you do that, you could win the jackpot of $25,000. The app is available in the Apple Store or Google Play, and the best part is it's free!

Here's a look at this week's Super 6 games:

The Horned Frogs have won two straight and looked great last Saturday at home in a 34-18 victory over Texas Tech. Since slumping offensively in losses to Kansas State and Oklahoma, TCU has posted 33.5 points in the last two games and really pushed the offense forward thanks to Max Duggan’s three TD runs from the quarterback spot.

Meanwhile, West Virginia slumped offensively in a 17-13 loss at Texas. The Mountaineers rushed for 43 yards on 26 attempts -- just 1.7 yards per rush and 110 yards below their season average. With Oklahoma and Iowa State up ahead, this feels like a must win for West Virginia at home in Morgantown.

Two struggling teams match up in Lincoln, Neb. Penn State’s 35-19 loss to Maryland at home last Saturday might have been the lowest point of James Franklin’s tenure in State College. The Penn State defense has been gashed for 30-plus points in all three losses, perhaps due to the turnovers that keep giving opponents good field position.

Meanwhile, Nebraska’s problem in the first two weeks has been offense as the Cornhuskers have only averaged 15 points a game in losses to Ohio State and Northwestern. The Huskers will look to get in the win column in their first home game this season.

Two old rivals from their Big East days clash in Blacksburg, Va., in a suddenly very competitive ACC race. The Hurricanes’ only loss was at then-No. 1 Clemson. Since that time, they have won three straight, including a 44-41 victory at N.C. State last week. Heisman candidate D’Eriq King had a monster night, throwing for 430 yards and five TDs, while rushing for 105 more.

Meanwhile, the Hokies lost in the last seconds to Liberty last Saturday at home to take some luster off this one. Hendon Hooker threw for three TDs and rushed for 156 yards and another score in the defeat.

The FOX Super 6 app is the place to go for your college football weekend. You could win up to $25,000 if you pick all six games this weekend.

The Trojans were able to come from behind to steal an unlikely 28-27 victory over Arizona State in their Pac-12 opener. Kedon Slovis passed for 381 yards and two TDs for the Trojans, who also recovered a crucial onside kick and scored its final two TDs on desperation fourth-and-long passes.

This is Arizona's debut after last weekend’s game at Utah was canceled because of COVID concerns. Kevin Sumlin must have his team ready to go with a short road ahead and no possibility of make-up games down the road. Sophomore quarterback Grant Gunnell will get the start for Arizona.

This is a game that got a whole lot more interesting after Maryland went to Happy Valley last week and put a 35-19 thumping on Penn State. The Terrapins have come a long way from a 43-3 beatdown at Northwestern to open the season. Taulia Tagovailoa passed for 282 and three TDs last week for Maryland and has gotten more comfortable in the quarterback spot.

Still, all eyes will be on leading Heisman candidate Justin Fields, who has thrown for 11 TDs and no interceptions in three games for Ohio State. The Buckeyes are putting up 511.3 yards of offense per game so far. Maryland is allowing 474. That’s not a good combination for the Terps.

Of all the Pac-12 teams that have dreams of making the College Football Playoff, Oregon might have the best path to the tournament after their impressive 35-14 victory over Stanford last week in Eugene, Ore. CJ Verdell had 20 carries for 105 yards and a touchdown, while QB Tyler Shough was a solid 17-for-26 with 227 yards and a TD pass. The Ducks could have a stiff test in Pullman as WSU has won four of the last five meetings.

The Cougars, who were without standout tailback Max Borgi for their opener, were still very effective on the ground as new coach Nick Rolovich debuted with a 38-28 victory at Oregon State. Running back Deon McIntosh filled in admirably, rushing for 147 yards and a TD.