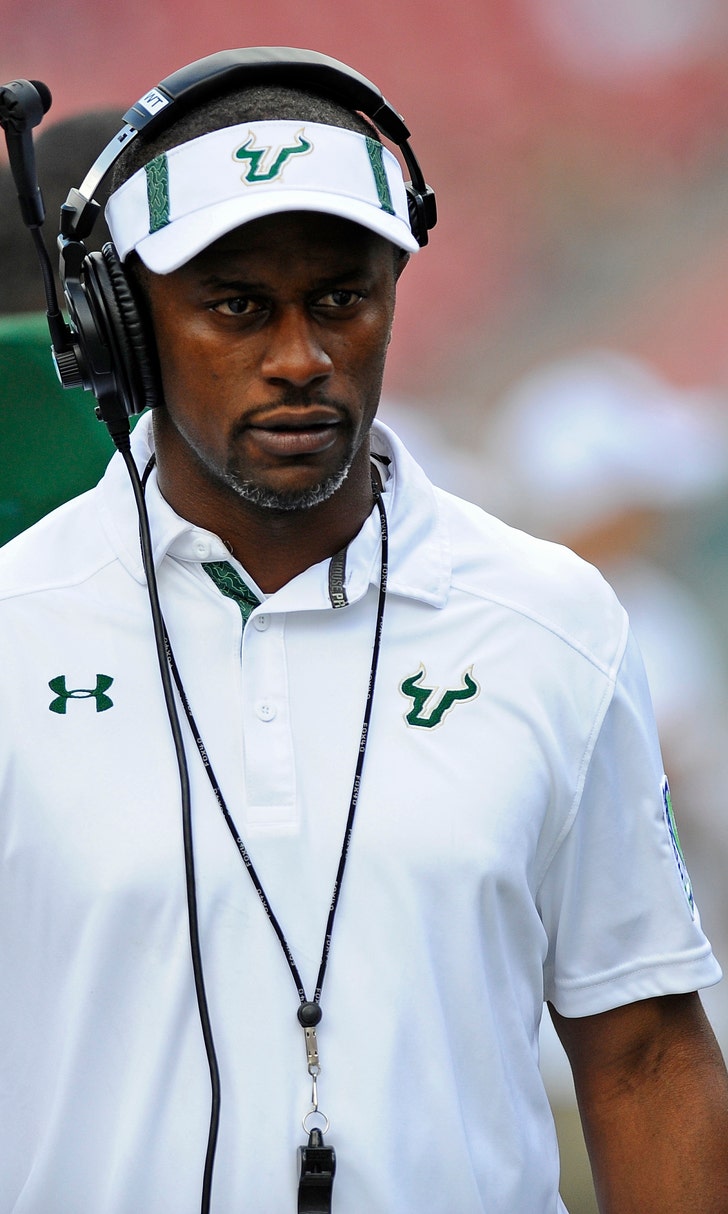 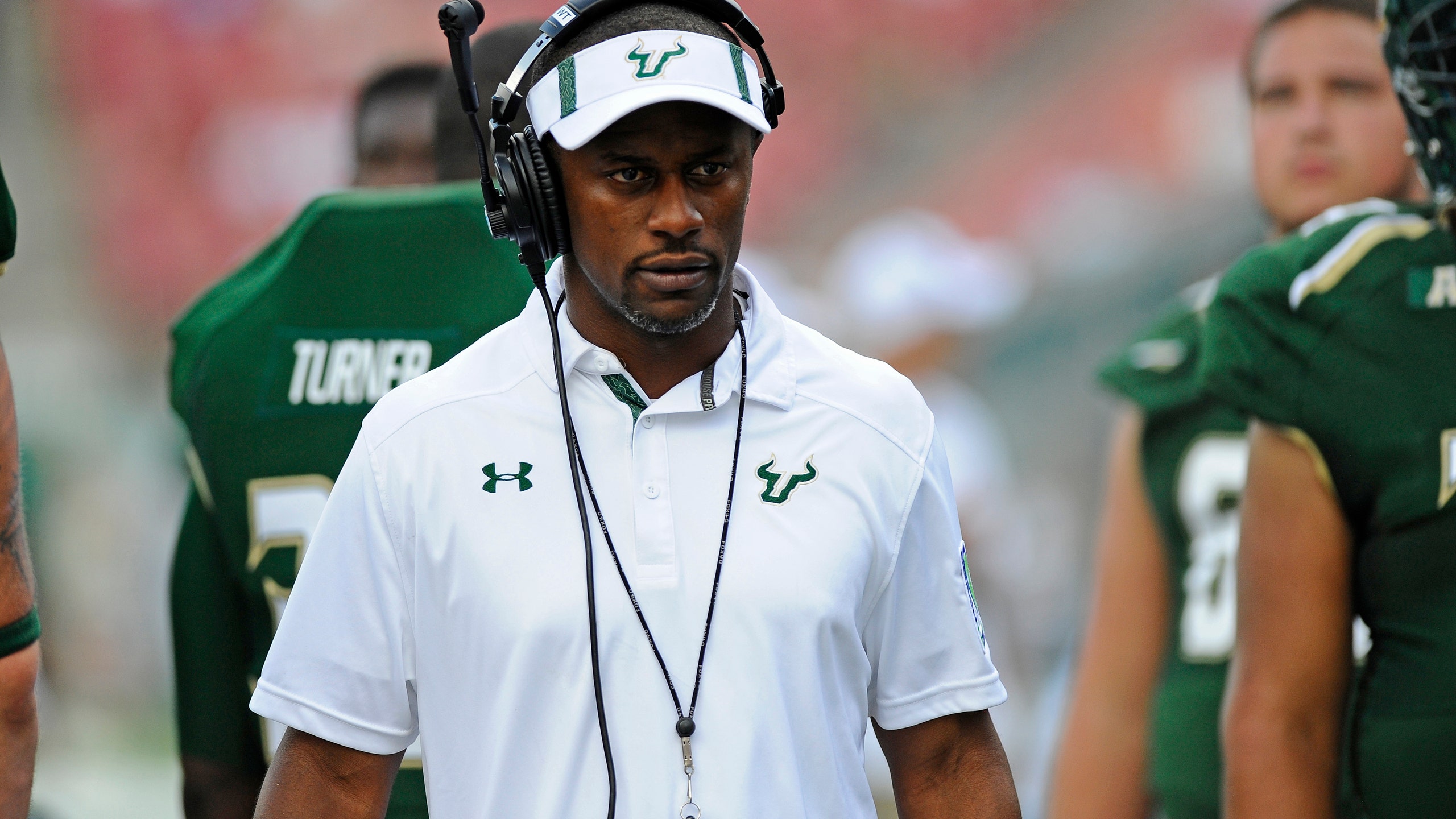 Oregon to hire USF's Willie Taggart as next head coach 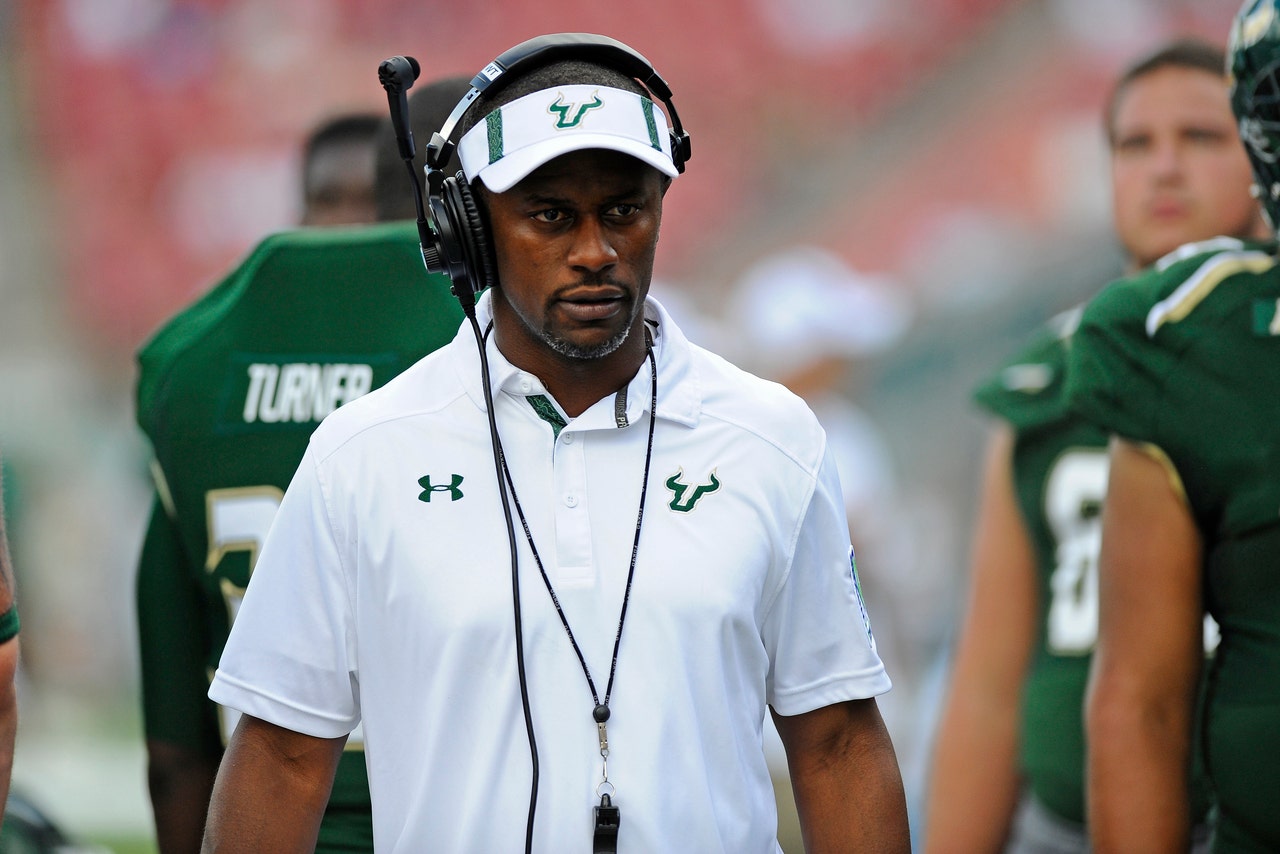 A historic run for the University of South Florida this season appears to have cost the Bulls their coach.

Willie Taggart, who guided USF to a 10-2 record this season, is set to be hired as the new head coach of the Oregon Ducks, FOX Sports' Bruce Feldman confirmed Wednesday morning. Taggart was offered the job late Tuesday night. As FOX Sports first reported, he had interviewed for the position in Dallas last Friday.

Oregon fired coach Mark Helfrich last week on the heels of a 4-8 season.

Prior to becoming a head coach, Taggart was an assistant under Jim Harbaugh at Stanford, working with running backs and helping with recruiting. From Feldman:

"Taggart had many key influences championing him. Among them: former West Virginia AD Oliver Luck (whose son Andrew played for Taggart at Stanford), Big 12 commissioner Bob Bowlsby, and former Stanford AD and Super Bowl-winning coach Tony Dungy, who all have ties to Oregon and the Pac-12."

Taggart will take over an Oregon program that has fallen on hard times since the departure of former coach Chip Kelly and, more recently, quarterback Marcus Mariota to the NFL.

Helfrich's squads went 24-4 over his first two seasons, losing in the national championship game in the 2014 playoff.

But the Ducks followed that up by going 9-4 in 2015 and then 4-8 this season, prompting the school to cut ties with him.

Willie Taggart is getting a 5-year contract at #Oregon. The deal will average about $3.3 million per year, source tells @FoxSports.

Oregon Ducks
share story
those were the latest stories
Want to see more?
View All Stories
Fox Sports™ and © 2021 Fox Media LLC and Fox Sports Interactive Media, LLC. All rights reserved. Use of this website (including any and all parts and components) constitutes your acceptance of these Terms of Use and Updated Privacy Policy. Advertising Choices. Do Not Sell my Personal Info