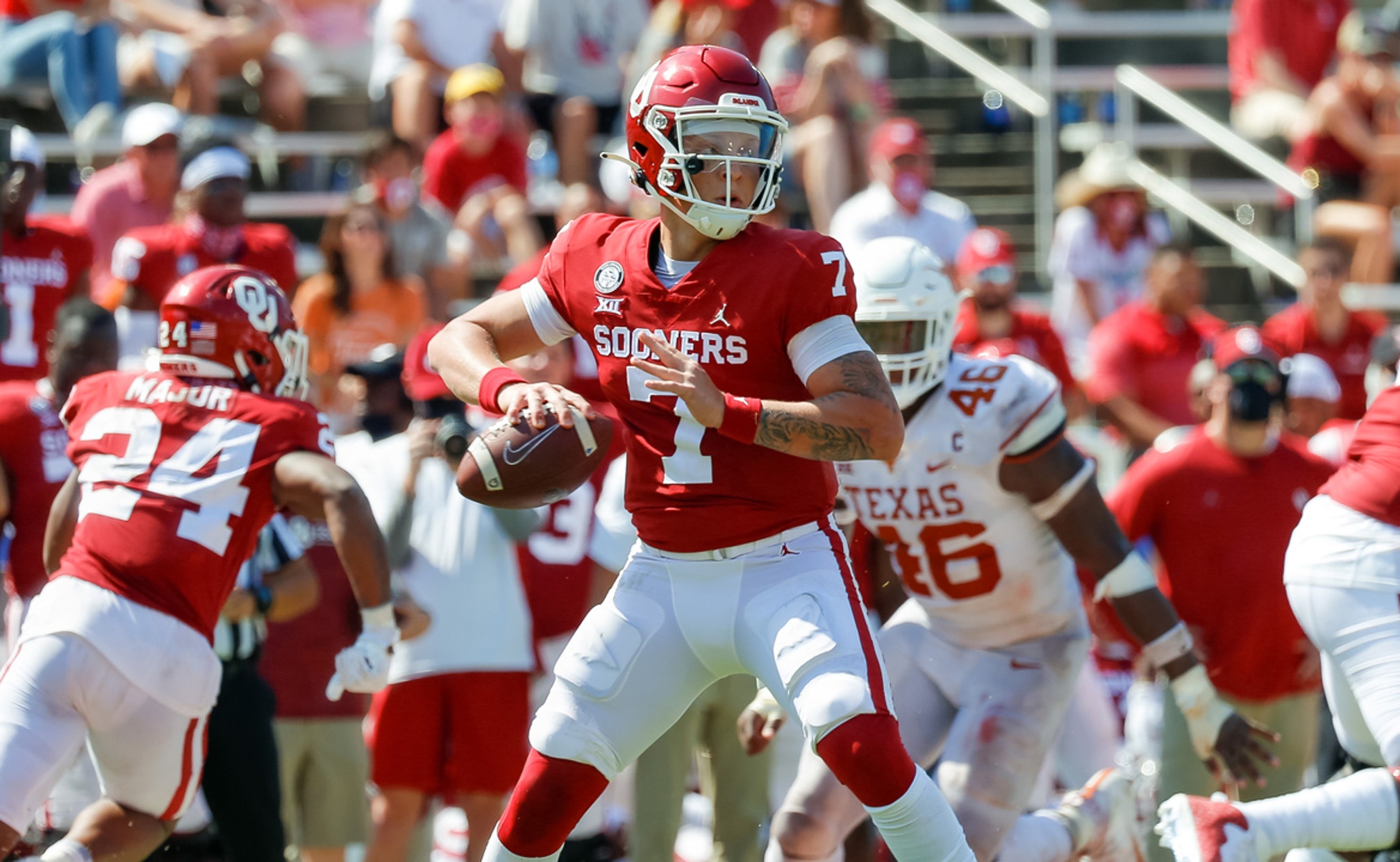 The Red River Showdown took football fans for a wild ride on Saturday, as Oklahoma upset No. 22 Texas in a quadruple overtime slugfest that turned into a fireworks display.

After escaping multiple comeback attempts by the Longhorns, the Sooners continued their stranglehold on one of the most storied rivalries of college football, having won five of the last six Showdowns.

Although the game started slow, with the defenses ruling the day, it turned into an epic, high-scoring, back-and-forth affair.

And Oklahoma's missed field goal could have been the game winner, after a blocked Texas attempt.

But in the end, Rattler and the Sooners pulled off the win with a touchdown and two-point conversion as the Oklahoma defense picked off Ehlinger to seal the victory.

It was easily one of the most incredible college football games in recent memory. For more, including a score-by-score breakdown of the overtime periods, check out our top plays of the day.

The Oklahoma offense led by Rattler struggled early, allowing the Texas defense to capitalize on mistakes.

In the second quarter, following Rattler's second turnover of the game – and sixth in the last three – he was brought to the sideline.

Sooners backup Tanner Mordecai replaced Rattler, completing 71.4 percent of his passes for 52 yards, while training staff worked on Rattler's arm on the sideline.

Then, Rattler started the second half, bouncing back in a major way.

Rattler showed far more poise in the pocket, and fought off Texas' continuous attempts at a comeback. He finished the day with 209 yards for three touchdowns and one interception.

And perhaps his early exit was just what the doctor ordered.

The Sooners defense made the first statement of the game with Oklahoma defensive lineman Isaiah Thomas creating a turnover for the team early.

But the Longhorns matched their blow, and then challenged it, racking up three straight takeaways.

The defensive onslaught from both Big 12 teams continued in the first half, and Oklahoma special teams even joined the party, coming up a blocked punt in addition to the blocked field goal in triple overtime.

And ultimately, the game ended how it started, with the Oklahoma defense coming up with the interception, snatching the Golden Hat.