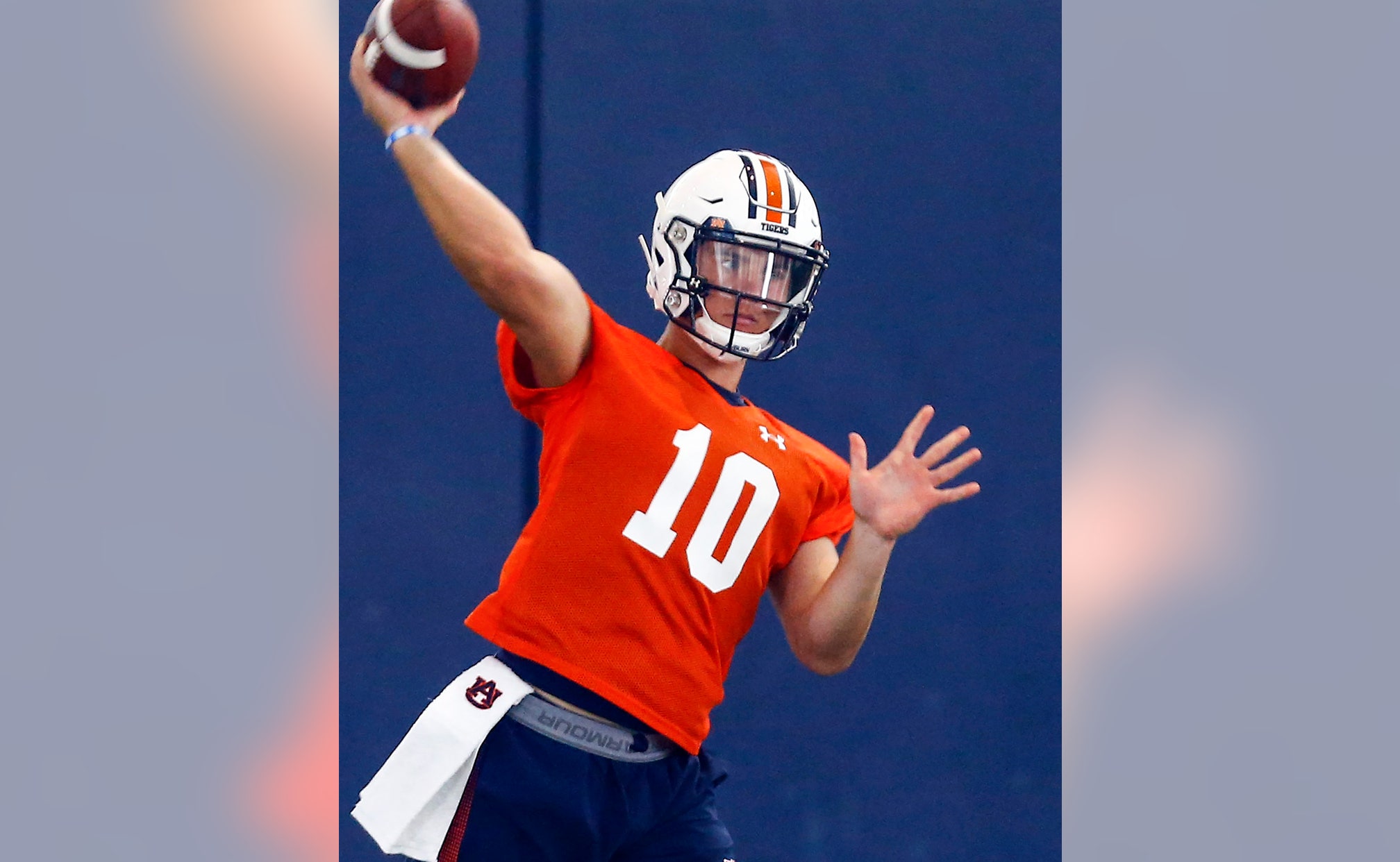 Nix has demanding debut as No. 16 Auburn faces No. 11 Oregon

Here are some things to watch during the opening week of the Southeastern Conference football season.

No. 16 Auburn vs. No. 11 Oregon at Arlington, Texas: Freshman quarterback Bo Nix makes his college debut for Auburn by matching up with Oregon quarterback and potential first-round draft pick Justin Herbert. Nix is the son of Patrick Nix, who played quarterback at Auburn from 1992-95. Auburn could use an early victory over a ranked opponent to take some of the heat off coach Gus Malzahn, who occupies arguably the hottest seat in the SEC heading into the season.

Vanderbilt running back Ke'Shawn Vaughn vs. Georgia run defense: Vanderbilt is a 21-point home underdog and likely needs a big game from Vaughn to have any chance of staying competitive against the third-ranked Bulldogs. Vaughn rushed for 79 yards on only nine attempts in a 41-13 loss to Georgia last season and became dominant later in the year. Vaughn rushed for 749 yards over Vanderbilt's final five games last season even though an injury knocked him out of a victory over Tennessee after only six carries.

No. 8 Florida's 24-20 victory over Miami last week gave the SEC a 1-0 start in nonconference matchups after posting a 50-6 regular-season record in those types of games last year. .... No. 2 Alabama is 12-0 in season openers under coach Nick Saban and has outscored opponents by an average margin of 28.8 points in those games. ... Kentucky has either matched or exceeded its win total from the previous year each of the past six seasons. The Wildcats will have a tough time keeping that streak alive, as they went 10-3 last year to post double-digit wins for only the third time in program history. ... South Carolina has won its last 10 games with teams from the state of North Carolina. The Gamecocks face North Carolina on Saturday in Charlotte, North Carolina. ... Missouri has lost each of the last four times it has opened the season on the road. The Tigers visit Wyoming on Saturday.

It's not often that a Group of Five program is favored over an SEC team, but that's the case Saturday as Mississippi heads to Memphis as a 5 ½-point underdog. Memphis went 8-6 and Ole Miss was just 5-7 last season, but the Rebels have a chance to pull this out if Scottie Phillips and the Rebels' other running backs have a big game. ... Auburn is the lower-ranked team and has the less experienced quarterback in its matchup with Oregon, yet the Tigers are favored by 3 ½ points.