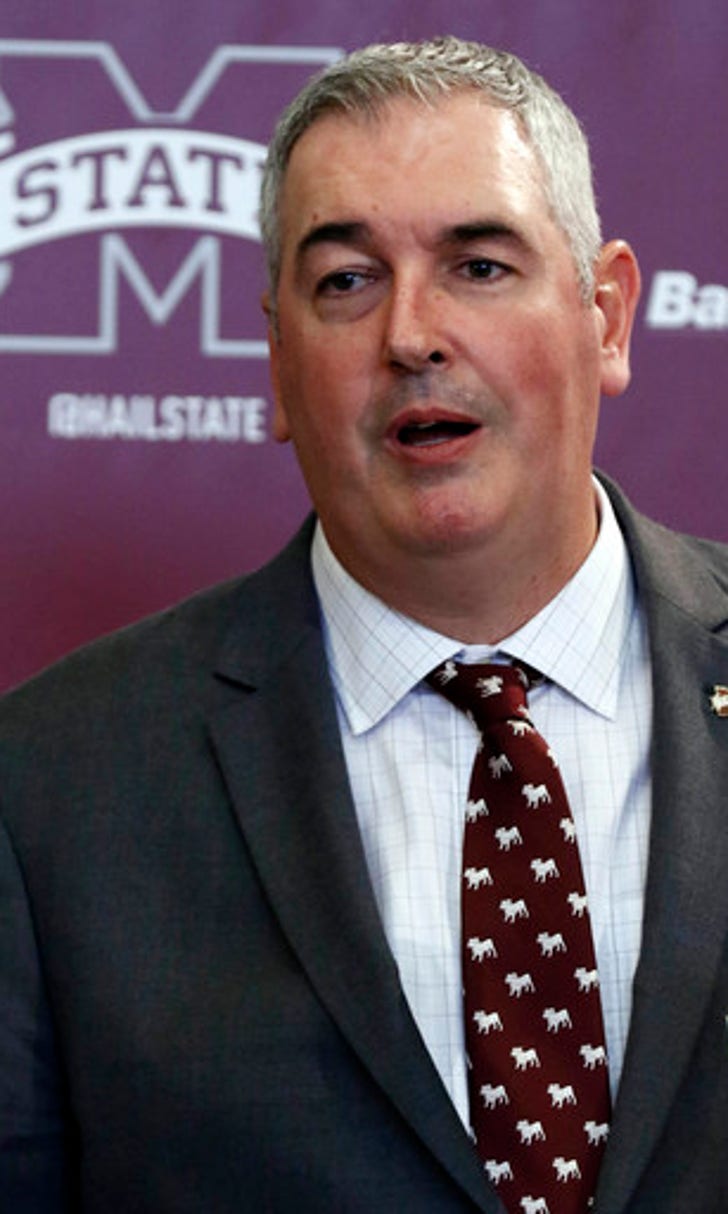 STARKVILLE, Miss. (AP) Mississippi State's Joe Moorhead is going through the same problems and having the same headaches that first-year coaches always go through when establishing the way they want their football program run.

One difference: He won't be given much of a grace period to make it work.

That's because the 44-year-old Moorhead has the luxury - and responsibility - of taking over a roster with plenty of veteran talent . The Bulldogs expect to be a factor in the SEC West next fall after returning many of the main contributors from a team that finished 9-4 last season.

For that to happen, Moorhead, his staff and his team have to mesh quickly.

''You're teaching and learning essentially a new language and a new way to practice,'' Moorhead said.

That makes this ongoing stretch of 15 spring practices particularly valuable. Moorhead takes over for Dan Mullen, who left for Florida after nine seasons . His 10th team - led by quarterback Nick Fitzgerald, defensive tackle Jeffery Simmons and running back Aeris Williams - might have been his most talented.

But the Gators lured Mullen away and now it's Moorhead's job to make the quick transition.

The new coach - who spent the past two seasons as the offensive coordinator at Penn State - is adamant the transition can be fairly painless. He said there will be some differences with practice structure and terminology, but at its most basic, football doesn't change.

Fitzgerald's presence at spring practice to learn the new offense has been crucial. The rising senior suffered a gruesome dislocated right ankle during the Egg Bowl against rival Mississippi in late November, but is back on the field four months later.

The 6-foot-5, 230-pounder has been limited, but is still running, throwing and getting used to Moorhead's system while wearing a bright yellow jersey that signals no contact.

''We're going to ease him back into it,'' Moorhead said. ''We don't want to get out too far in front of our skis, but we do want him doing what he's capable of doing.''

Fitzgerald should be surrounded by a good offense next season. Four starting offensive lineman and some talented young receivers return. So does Williams, who ran for 1,107 yards and six touchdowns last season.

Fitzgerald said the transition to Moorhead has been a good one so far.

Buckeyes Dominate in Debut
Justin Fields and Ohio State found their footing in the second half en route to a demolition of Nebraska on Saturday.
1 hour ago

College Football's Top Plays: Week 8
Check out the best plays from Week 8 of the college football season as they happen!
5 hours ago

What You Need to Know: Big Ten Begins
Here comes the Big Ten, featuring a top 25 matchup and the return of Justin Fields in its debut weekend.
1 day ago
those were the latest stories
Want to see more?
View All Stories
Fox Sports™ and © 2020 Fox Media LLC and Fox Sports Interactive Media, LLC. All rights reserved. Use of this website (including any and all parts and components) constitutes your acceptance of these Terms of Use and Updated Privacy Policy. Advertising Choices. Do Not Sell my Personal Info