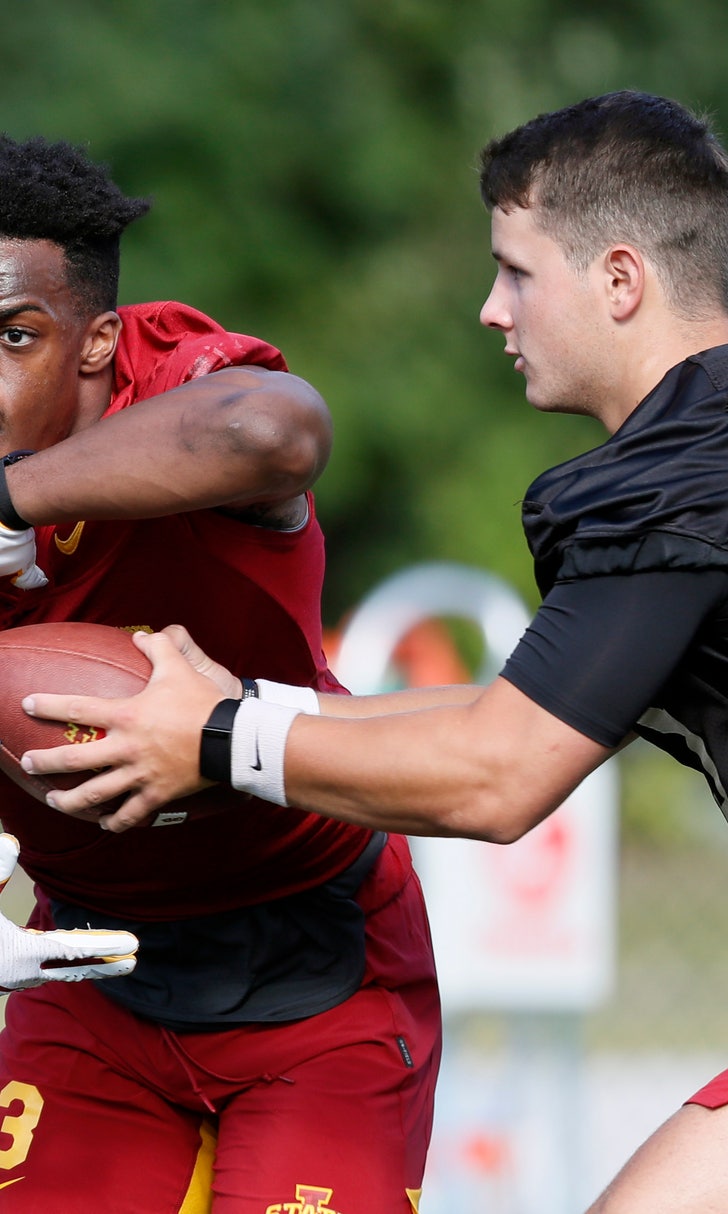 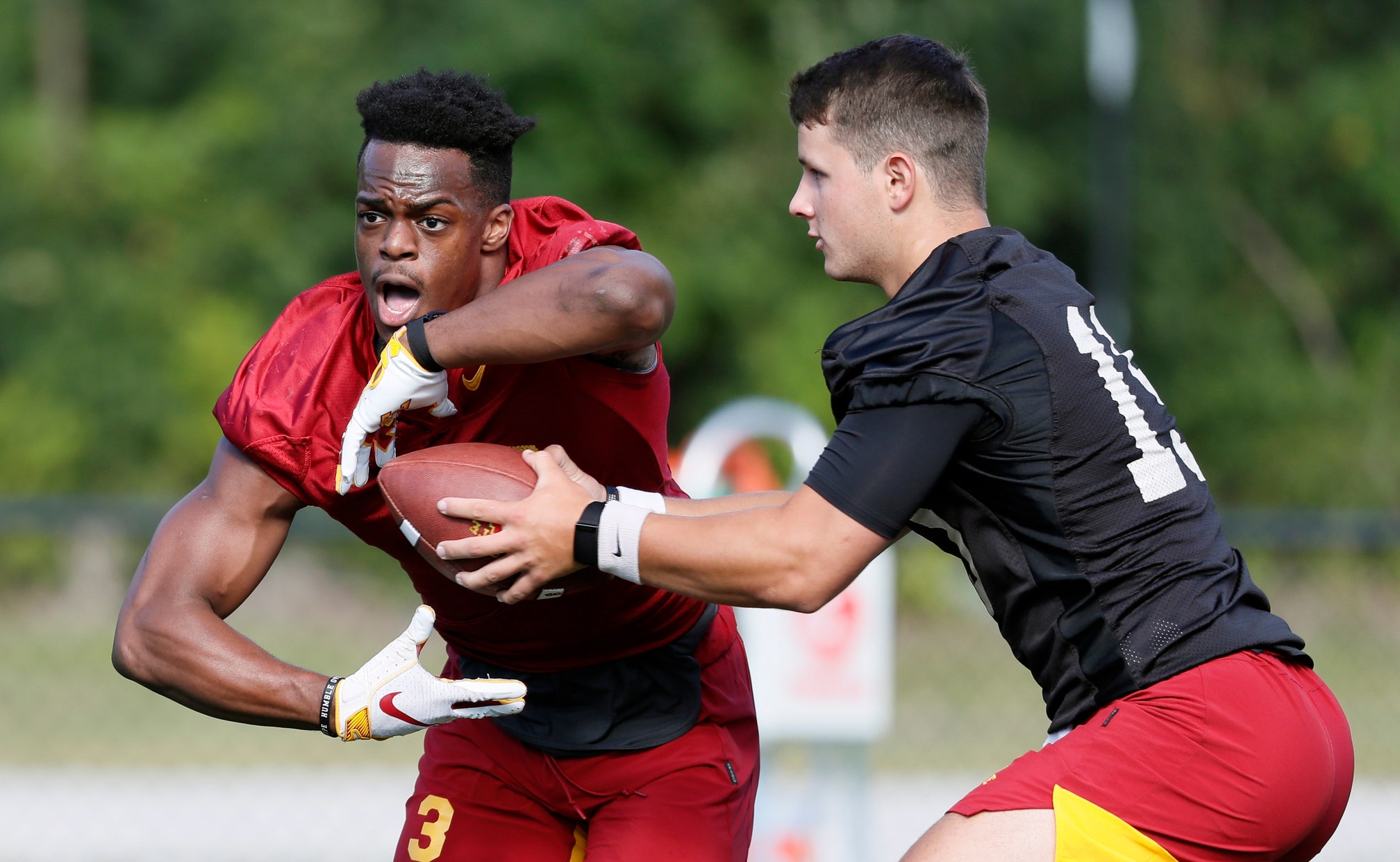 AMES, Iowa (AP) — The five-man competition at running back for No. 21 Iowa State could spill into the season.

The Cyclones' search to replace departed star David Montgomery has been the dominant story line of camp. Senior Sheldon Croney, Jr., junior Kene Nwangwu, sophomore Johnnie Lang, and freshmen Jirehl Brock and Breece Hall are all listed on the depth chart ahead of the opener Aug. 31 against Northern Iowa.

Offensive coordinator Tom Manning said Monday the coaching staff would like to get a handle on its rotation by the beginning of next week. He said he considers each of them "well rounded" backs — and none of them is being looked at for position switches despite being stuck in the program's biggest logjam.

"They're very interchangeable," Manning said when asked who'd be in line to start against the Panthers next week in Ames. "I don't really know if it comes down to who gets the first handoff. But we want to find out, probably the best flow of the game, who plays how much and when."

The 5-foot-11 Croney was stuck behind Montgomery for three seasons. He averaged just 2.4 yards on 23 carries in 2018, though he did make nine catches along with a two-point conversion grab a year ago.

Nwangwu has the most experience of the five, but he has been largely used as a returner. Nwangwu earned second-team All-Big 12 honors as a kick returner in 2018, and he got the starting nod last November against Texas when Montgomery was suspended for the first half. Lang, a triple-option quarterback in high school, averaged 3.6 yards a carry in limited duty a year ago.

"It's really hard right now. Everyone's competing at a high level," Lang said. "I take it as excitement, because everyone is capable of being the No. 1 guy."

Brock and Hall are two of the most touted recruits in Iowa State's recent history. Both came in as four-star prospects who turned down more prestigious programs to play for coach Matt Campbell, and it wouldn't be a surprise if either one of them — or both of them — earn more playing time by the time Iowa State hosts No. 20 Iowa on Sept. 14 after a bye.

"In the framework of the offense, their skill sets all have the ability to be highlighted. And I think there's probably more similarities than differences in the guys," Manning said.

The biggest question mark for years in Ames has been the offensive line. But Iowa State has four seniors with starting experience and they will be expected to open holes for whoever is carrying the ball.

"They've looked good," Manning said. "We're finally at the point where those guys are a tight-knit group." 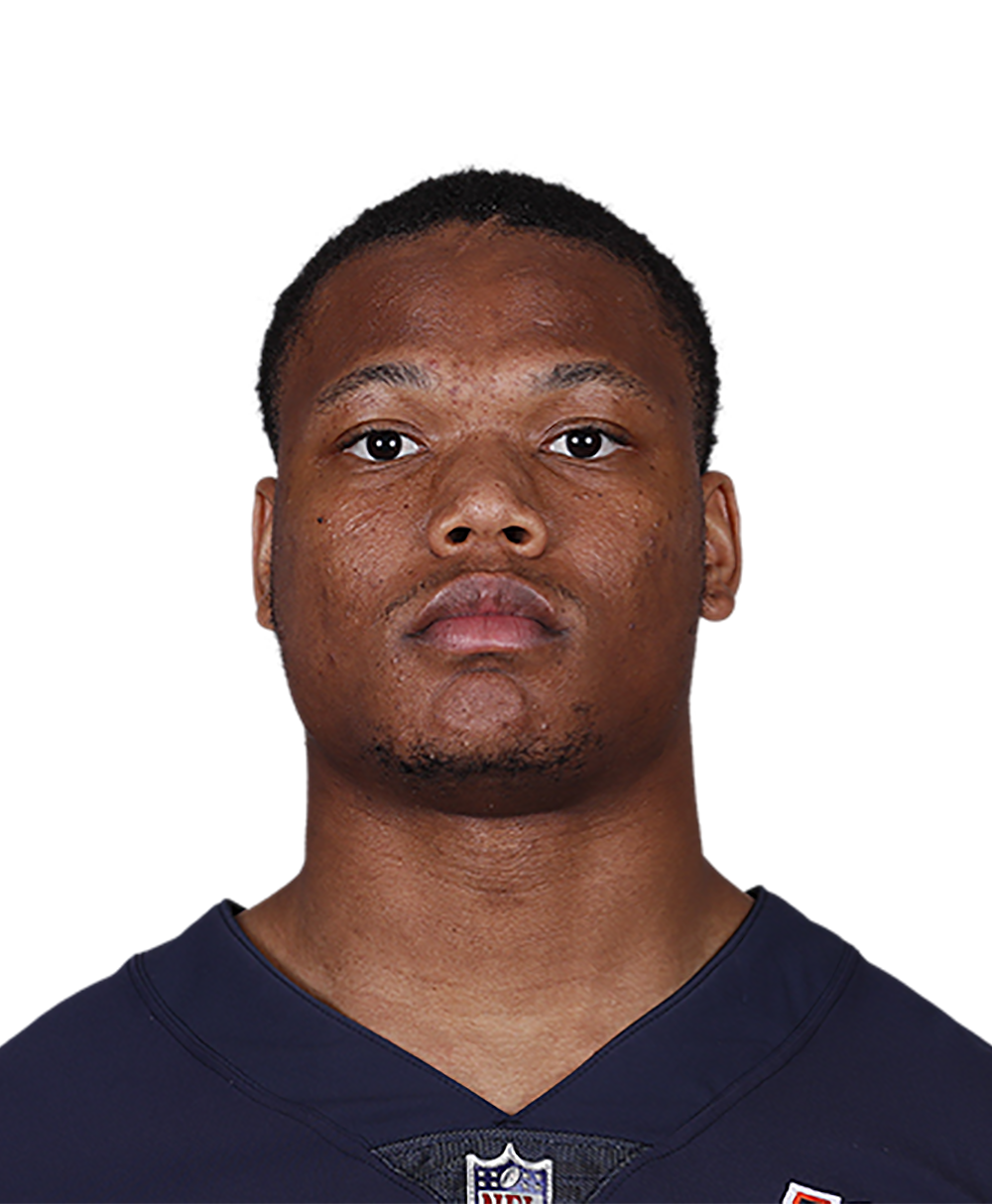