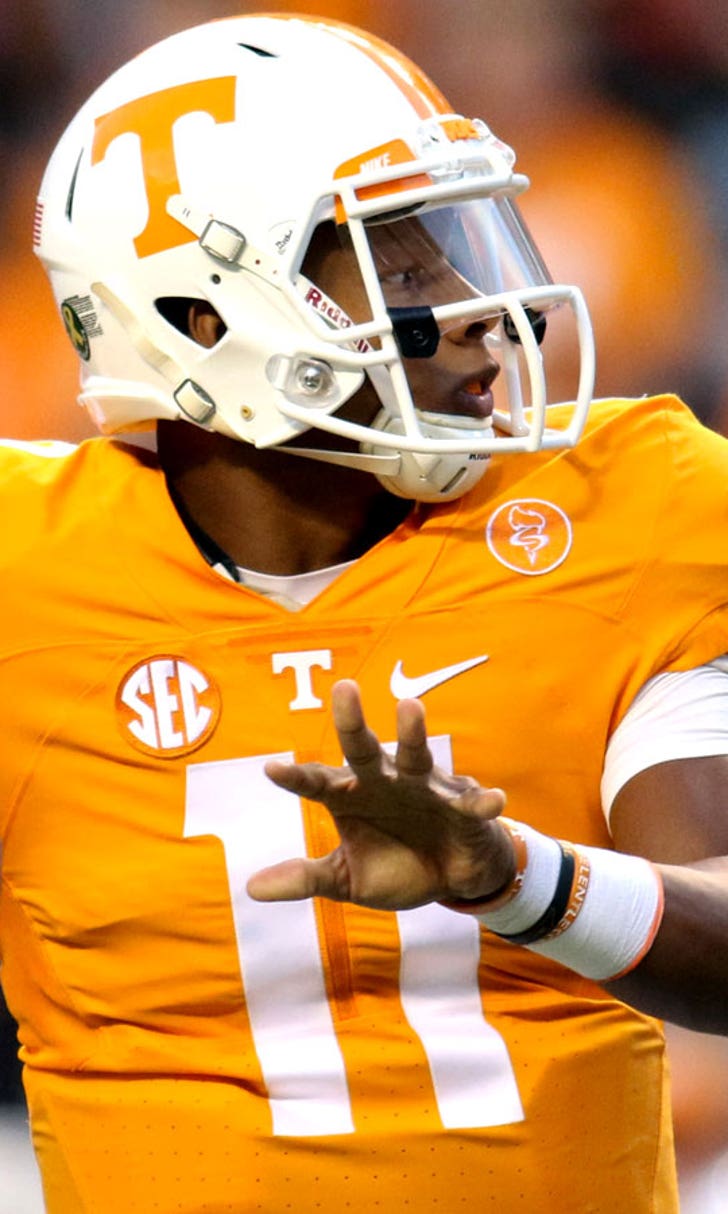 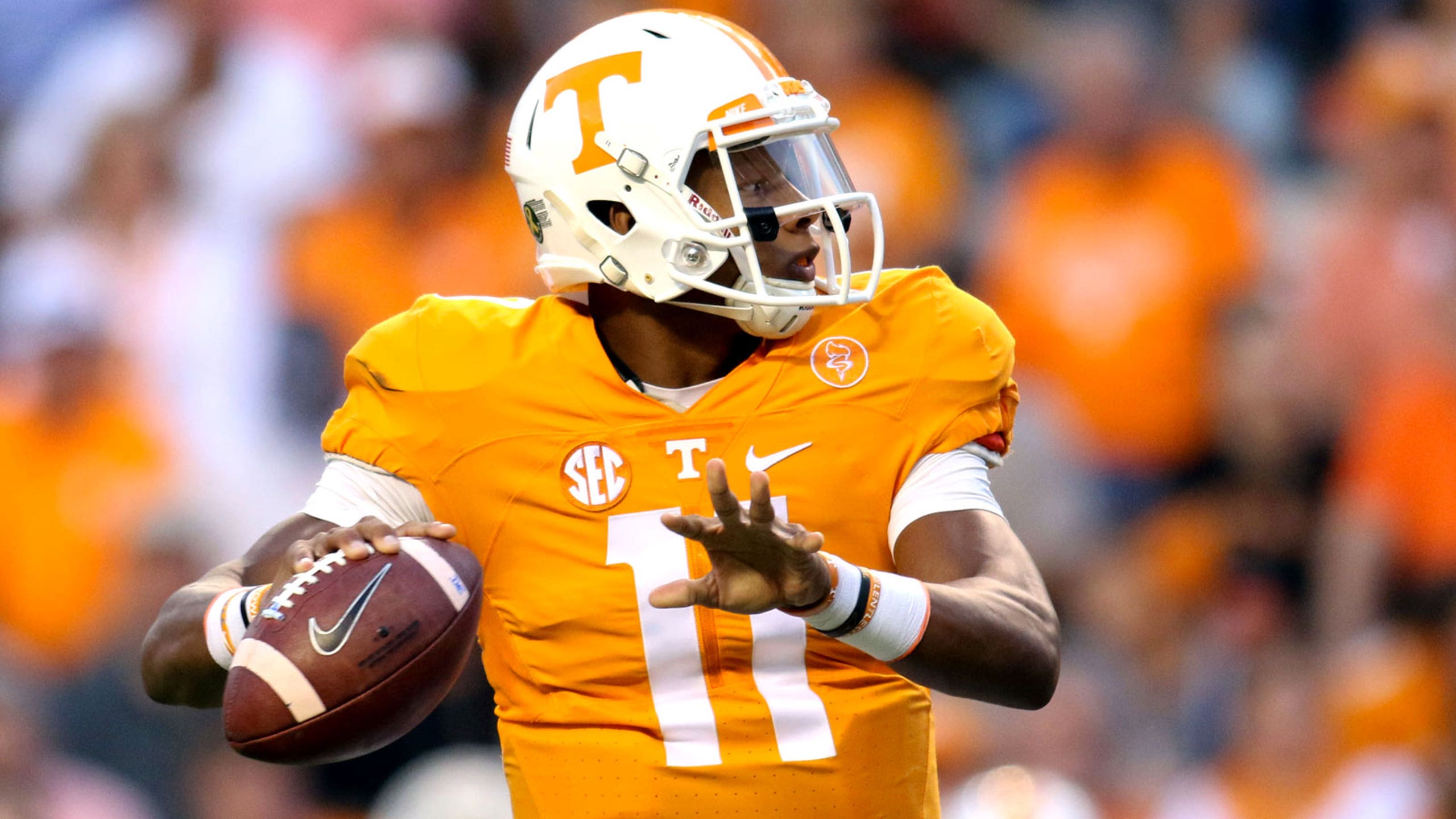 Dobbs set to have a career day against Kentucky? 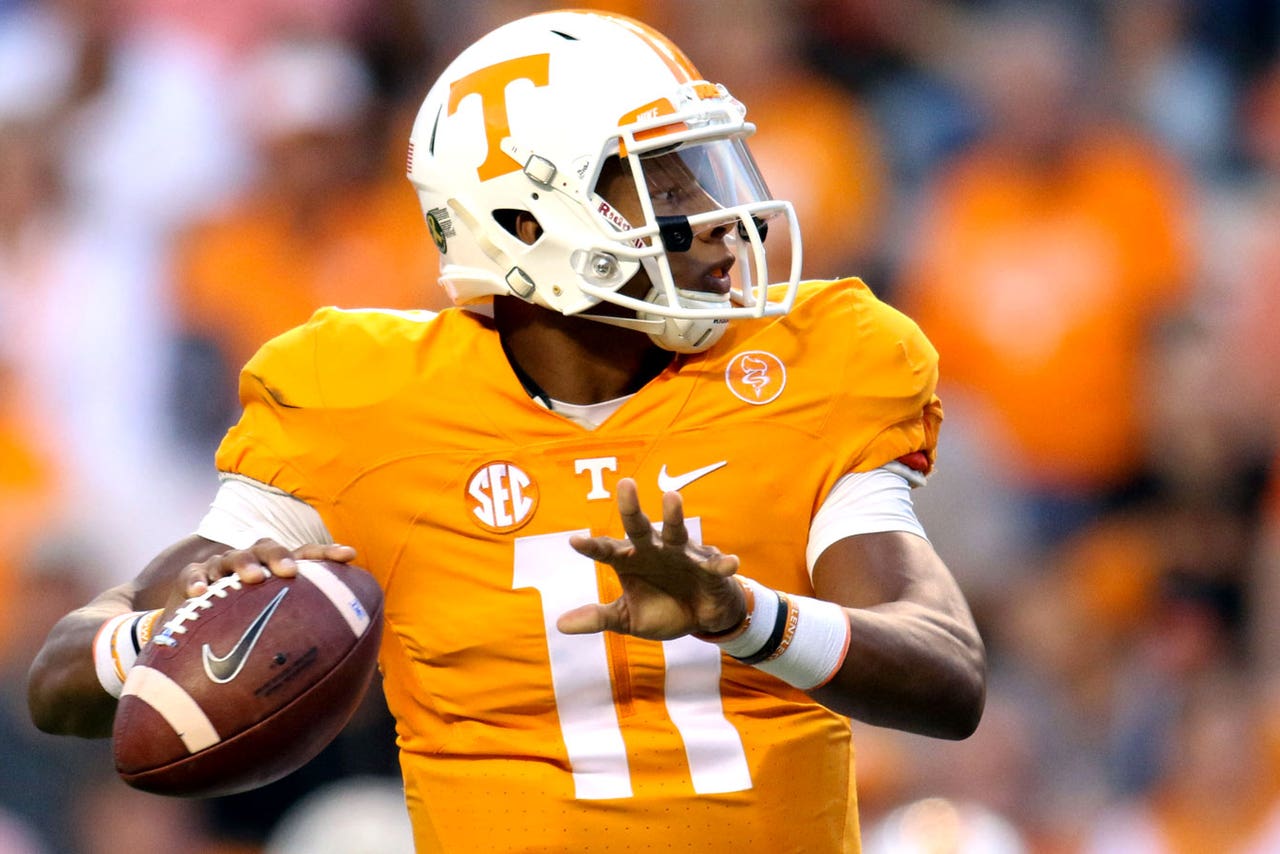 Kentucky is coming off a game in which it allowed 465 total yards and six touchdowns to Mississippi State quarterback Dak Prescott. Considering Tennessee's Joshua Dobbs has accounted for 620 yards of total offense and six touchdowns in his last two games against Georgia's and Alabama's defense, the Vols junior quarterback could be in for a career performance Saturday night.

Tennessee head coach Butch Jones was asked Wednesday why his quarterback has been so successful against the Wildcats in the past.

"You see him getting better and better with every game, every rep," Stoops said. "I think he has a great command of the offense and what they’re doing and a guy that’s very comfortable back there.

"He just has a great feel for the pocket and he’s just one of those guys for a defensive guys, he’s very aggravating because he has a great presence back there. He’s strong. He can run it on designed quarterback runs, but he also has good feel for eluding pressure.”

Adding to the Wildcats history of defensive woes against Dobbs, Kentucky has been forced to play a number of freshmen in its defensive backfield in recent weeks.

“They made some mistakes, but they flew around and played fast and made some plays, too," Kentucky defensive backs coach Derrick Ansley said Wednesday. "We're very pleased with how they went into a hostile environment and played against a really good team and held their own.”

Considering Dak Prescott was named the FWAA National Offensive Player of the Week after playing Kentucky, the results suggest the Wildcats' freshmen may not yet be ready for primetime.

If Dobbs once again saves his best for Kentucky, the junior could be in for the performance of his career this weekend.