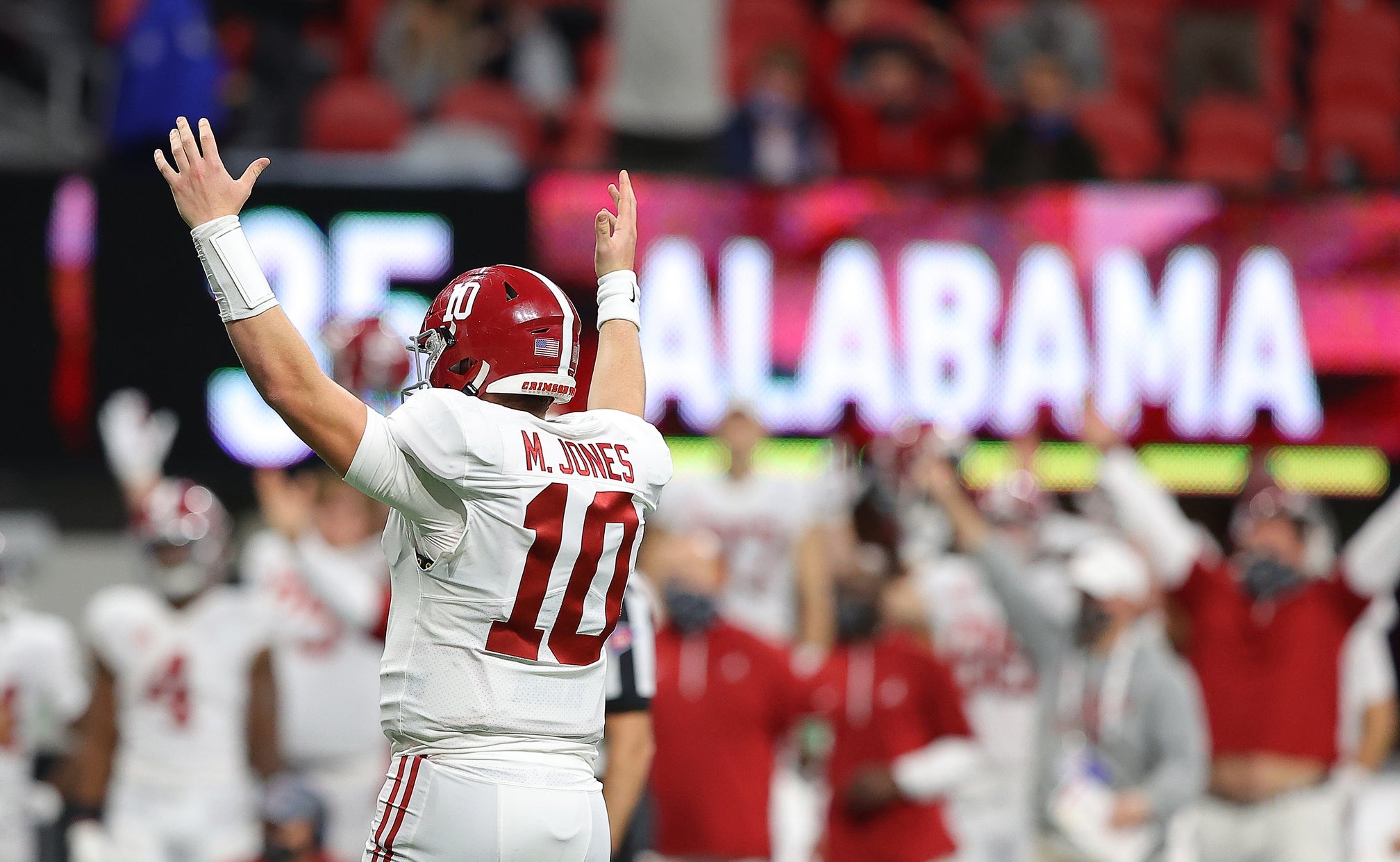 previous story
2020: A Year In Sports Like No Other
next story
Final Interview
College Football

Everyone wants to start the New Year off right, and there's no better way than with some elite college football action.

So grab some popcorn and settle in, because January kicks off with a jam-packed college football bowl game slate, beginning with two semifinal games on January 1.

Here's everything you need to know about the College Football Playoff (with all odds via FOX Bet).

College Football Playoff Semifinal at The Rose Bowl Game Presented by Capital One
Who: No. 1 Alabama vs. No. 4 Notre Dame
When: Jan. 1 at 4 p.m. ET on ESPN
Where: AT&T Stadium in Arlington, Texas
Odds: Alabama -20; total over/under: 65.5

College Football Playoff Semifinal at the Allstate Sugar Bowl
Who: No. 2 Clemson vs. No. 3 Ohio State
When: Jan. 1 at 8 p.m. ET on ESPN
Where: Mercedes-Benz Superdome in New Orleans
Odds: Clemson -7.5; total over/under: 67

This year looks a little different. The semifinals will still take place on the traditional New Year's Day date, but due the COVID-19 restrictions in the state of California, the Rose Bowl matchup was moved to Texas.

It marks only the second Rose Bowl Game in history to take place outside of Pasadena, California.

The winners will then meet in the College Football Playoff National Championship.

Here's what else you need to know:

Who's in and how?

It'll be a rematch for Clemson and Ohio State, as they met in the semifinals last season. Clemson coach Dabo Swinney, who won last year's matchup, has stirred the pot on social media ahead of the reunion.

The Rose Bowl has plenty of drama too, as the Fighting Irish were chosen as a semifinalist even after their 34-10 loss to Clemson in the ACC championship game.

Meanwhile, Alabama has rolled through the season, leading the nation in points per game while racking up at least 52 points in four of its last five contests.

What are the odds?

According to FOX Bet, Alabama is a 20-point favorite over Notre Dame, with an over/under point total set at 65.5.

Clemson is a 7.5-point favorite over Ohio State, with an over/under total set at 67.

Will fans be allowed?

The Sugar Bowl will allow a limited capacity of 3,000 fans this season due to COVID-19 concerns.

The relocated Rose Bowl at AT&T Stadium will operate at 25 capacity.

What's the history of the playoff?

Of the 28 playoff berths awarded, 20 have gone to four programs (Alabama, Clemson, Oklahoma, Ohio State). In addition, a mere six teams have won a playoff game.

What about the other bowls?

The bowl game slate this year features fewer teams accepting invitations to play because of the pandemic, but there is still plenty of football ahead to enjoy.