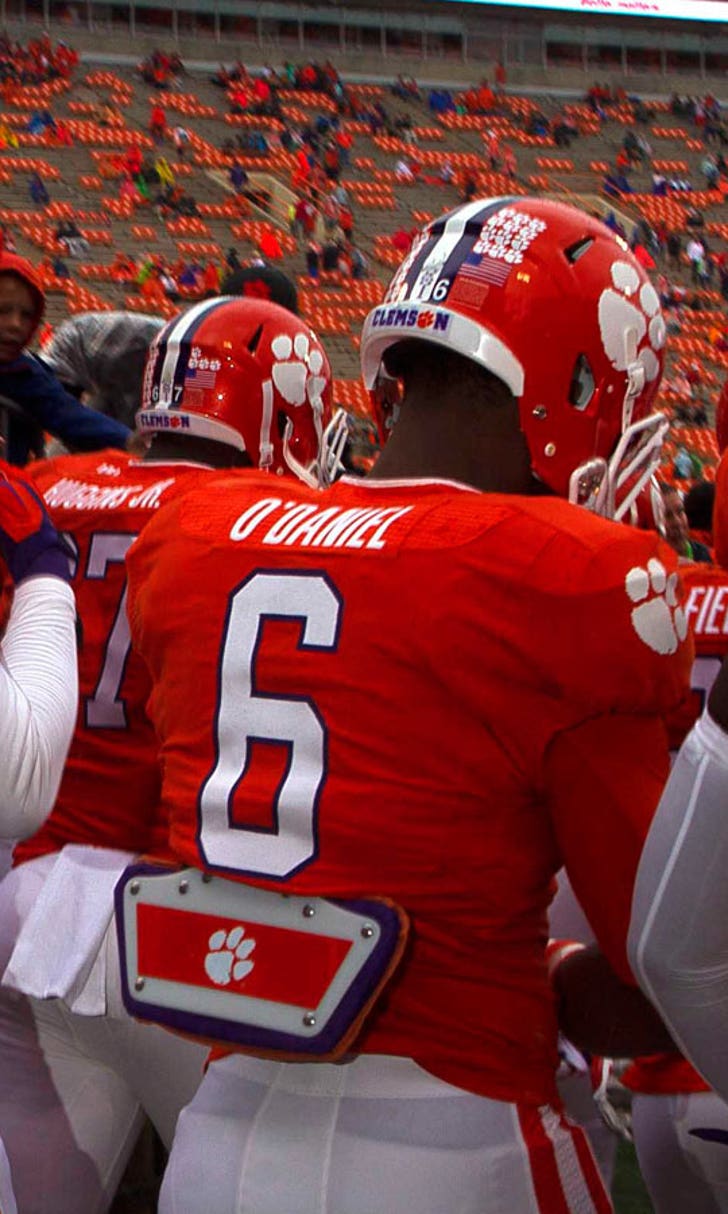 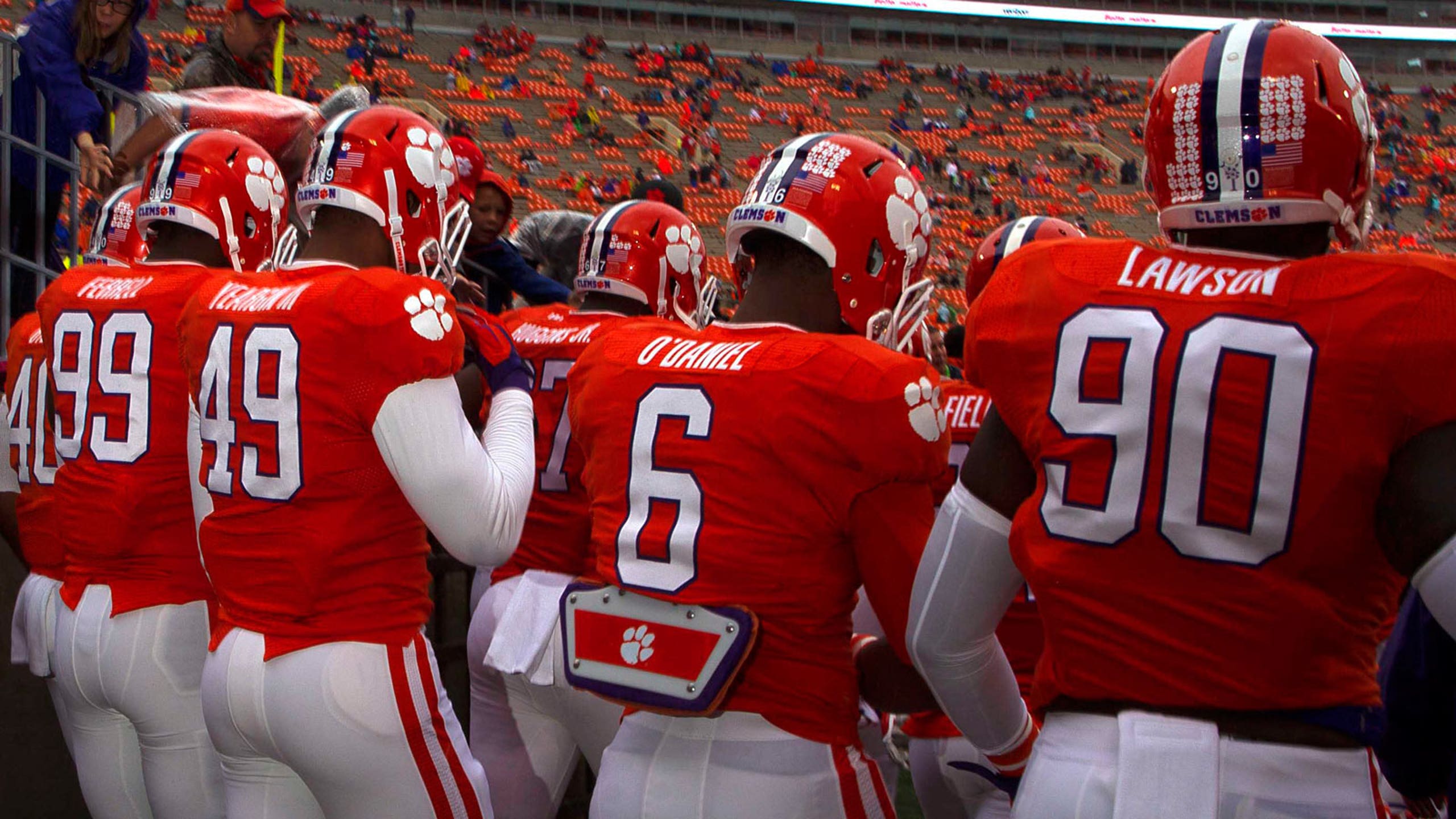 Clemson DE Lawson: 'We're going to show Dalvin Cook why he should have come to Clemson' 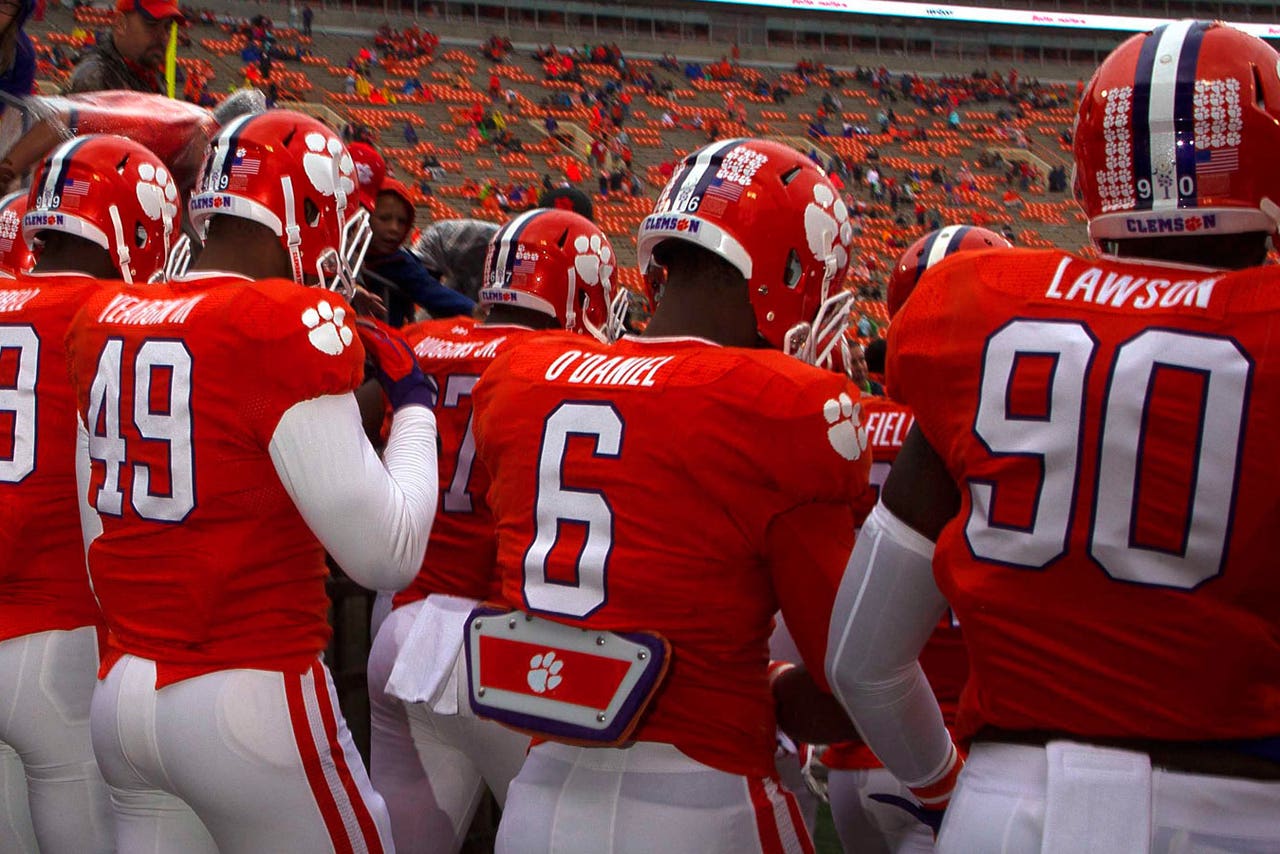 The war of words has begun. On Monday, Clemson’s star defensive end Shaq Lawson sent a warning shot to Florida State’s Heisman hopeful running back Dalvin Cook ahead of their heavyweight battle on Saturday.

"We're going to show Dalvin Cook why he should've come to Clemson by the end of the night,” Lawson said.

Cook, a 6-0, 203-pound sophomore, sat out last week’s 45-21 win over Syracuse with an ankle injury but is expected to play this Saturday.

Despite missing a good chunk of snaps this season due to hamstring and ankle issues, Cook is 10th in the nation in rushing with 1,037 yards, second in yards per carry (8.7) and 17th in rushing touchdowns with 11.

"I know this, they're an extremely talented football team that plays well and has played very well for a long time,” said FSU head coach Jimbo Fisher, who is 4-1 against the Tigers during his time in Tallahassee. "… We play them every year. Seems like it's always a critical game in the year. We got to prepare well, get ready to play well, and hopefully we will.”

@Shaq_Lawson90 "We're going to show Dalvin Cook why he should have come to Clemson by the end of the night." pic.twitter.com/X0tZSNpkXP 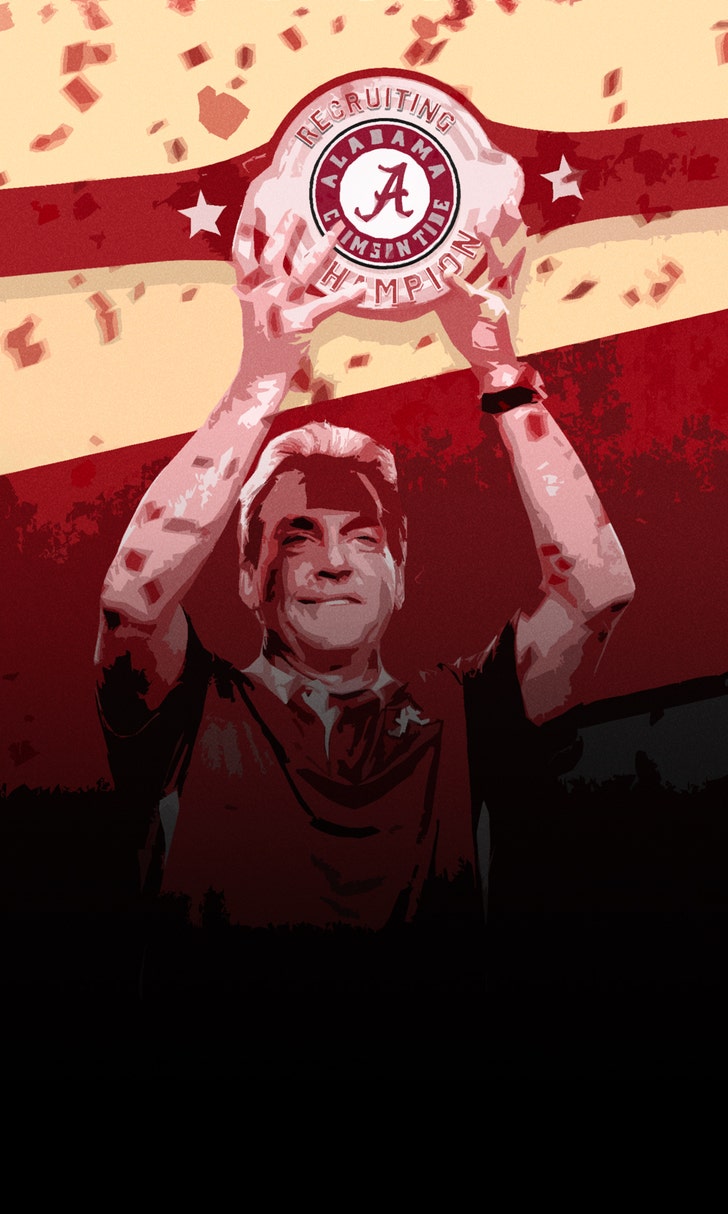