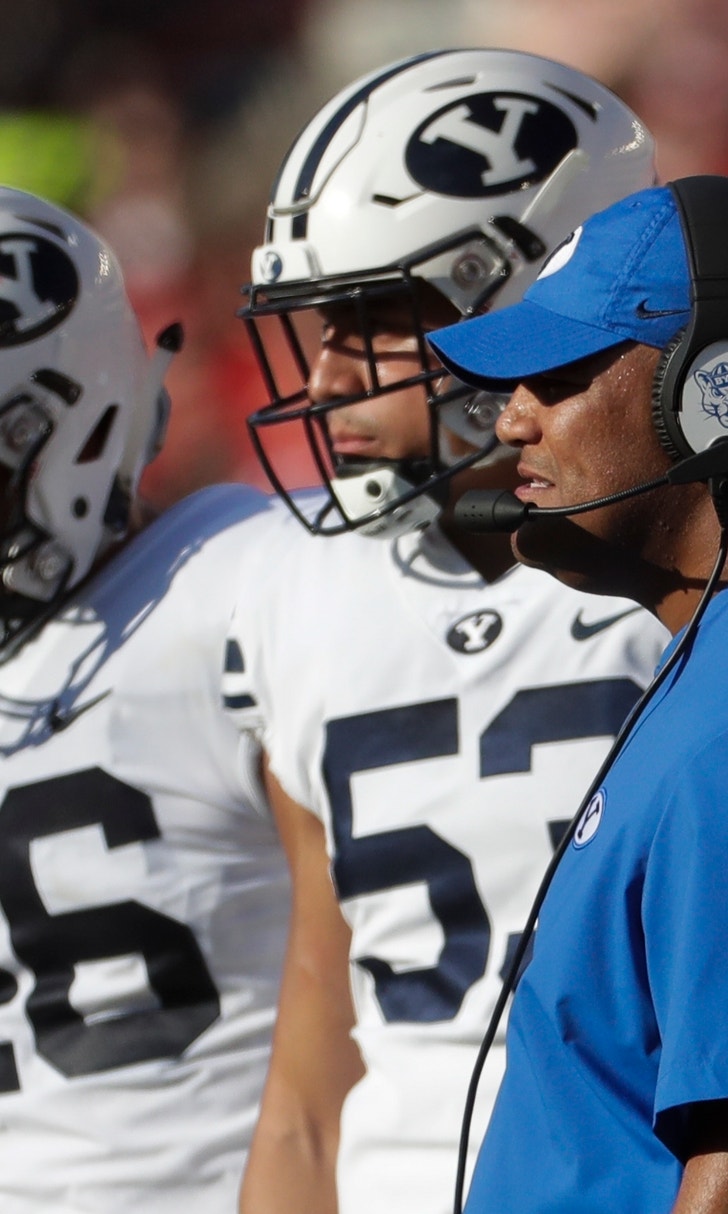 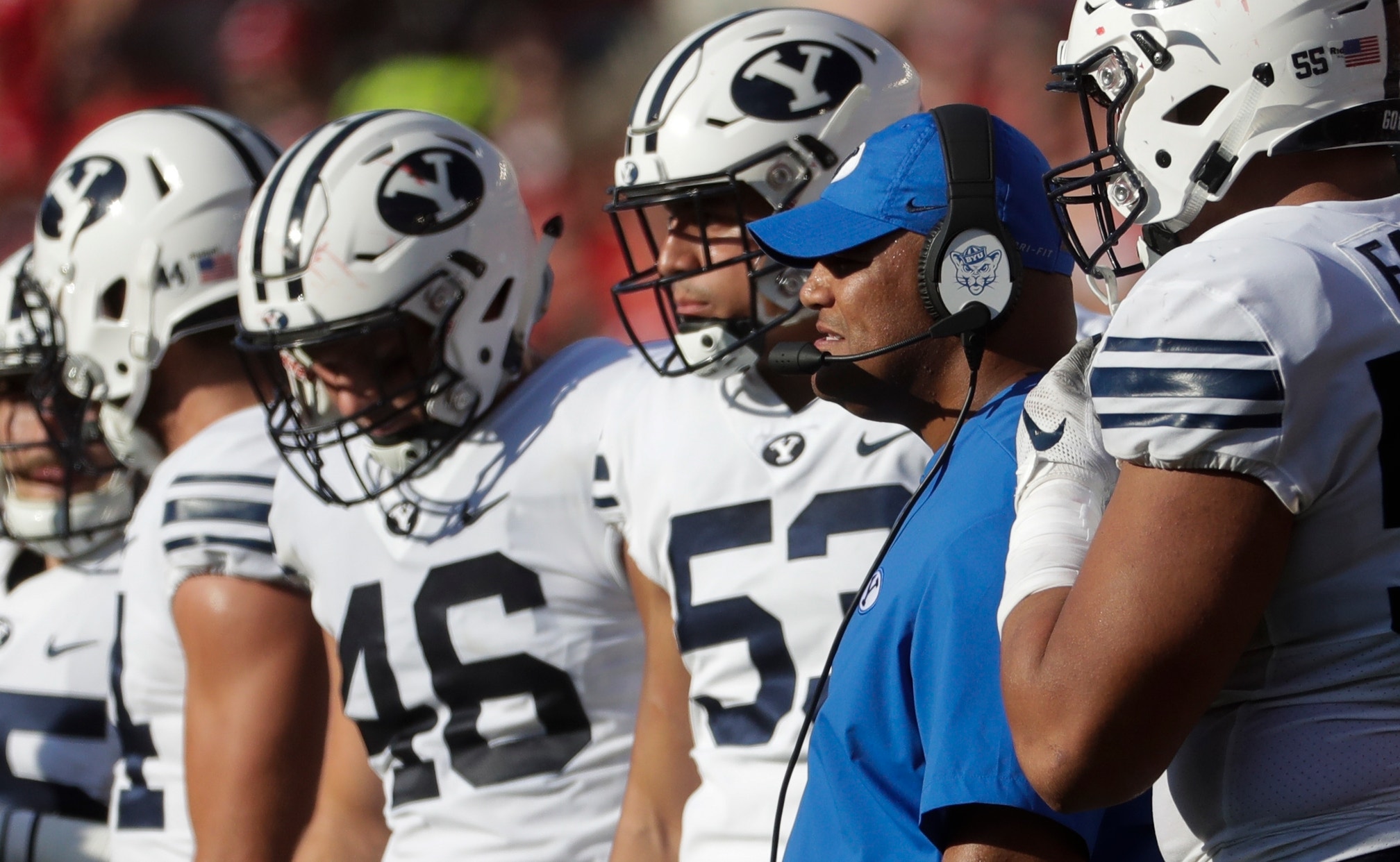 The Cougars proved their point against one of the Big Ten's most bullish teams.

Success starts up front for coach Kalani Sitake. Win the line of scrimmage, and BYU will win some games.

Sounds simple, but after a four-win season in 2017, the 24-21 upset victory over the Badgers provided quite a statement. Wisconsin dropped from sixth to 18th in the latest AP Top 25 poll , while BYU entered the ranking at 25th.

"For a team that's super physical and big and hangs their hat on the run game and stopping the run, I thought we were hanging in there," Sitake said.

Yes, the Badgers (2-1) outgained the Cougars (2-1) in total offense (394-311) and first downs (20-14). But unlike many other nonconference teams that have strolled into Camp Randall Stadium looking for an upset, BYU punched back. It stayed with Badgers right to the end.

"We got ourselves bigger and stronger and exhausted a lot of scholarships on the O-line and D-line," Sitake said. "One thing we don't have is the cheese here to beef up our guys. I really admire what (Wisconsin) did and it's a good system.

"That's why we played that type of game, an old-school game," Sitake said.

A former BYU running back, Sitake played in Provo in the late 1990s and 2000 during the end of LaVell Edwards' run as head coach.

Under Edwards, a BYU offense featuring a high-octane passing game regularly rolled to double-digit wins in the 1980s. The Cougars won the national championship in 1984.

The current program might have a ways to go to get back to that level. A 4-9 season last year was a setback after BYU went 9-4 in 2016, Sitake's first season.

This season, the Cougars defeated Arizona on the road before losing to California last week at home. The loss to the Bears was especially concerning after BYU struggled on offense.

"They skimmed us pretty well. They made some plays, took advantage of some things that we were not necessarily in the places for, so hats off them for that," Wisconsin linebacker Ryan Connelly said.

Defensively, linebacker Zayne Anderson intercepted Wisconsin's Alex Hornibrook in the third quarter, and BYU converted that turnover into a touchdown on the next series. Hornibrook looked off for much of the game and star running back Jonathan Taylor didn't break off a big play.

"We knew we had to play big and stout up front. We know they like to pound the ball," said Cougars linebacker Sione Takitaki, who finished with a career-high 13 tackles and a sack.

BYU got its first win over a top-10 team since defeating third-ranked Oklahoma 14-13 in 2009. It made for a happy trip back to Provo.

"We gave the game ball to the strength and conditioning group," Sitake said. "Those guys kept working and got them bigger, stronger, faster. But the players were gritty. They played hard with a lot of toughness."