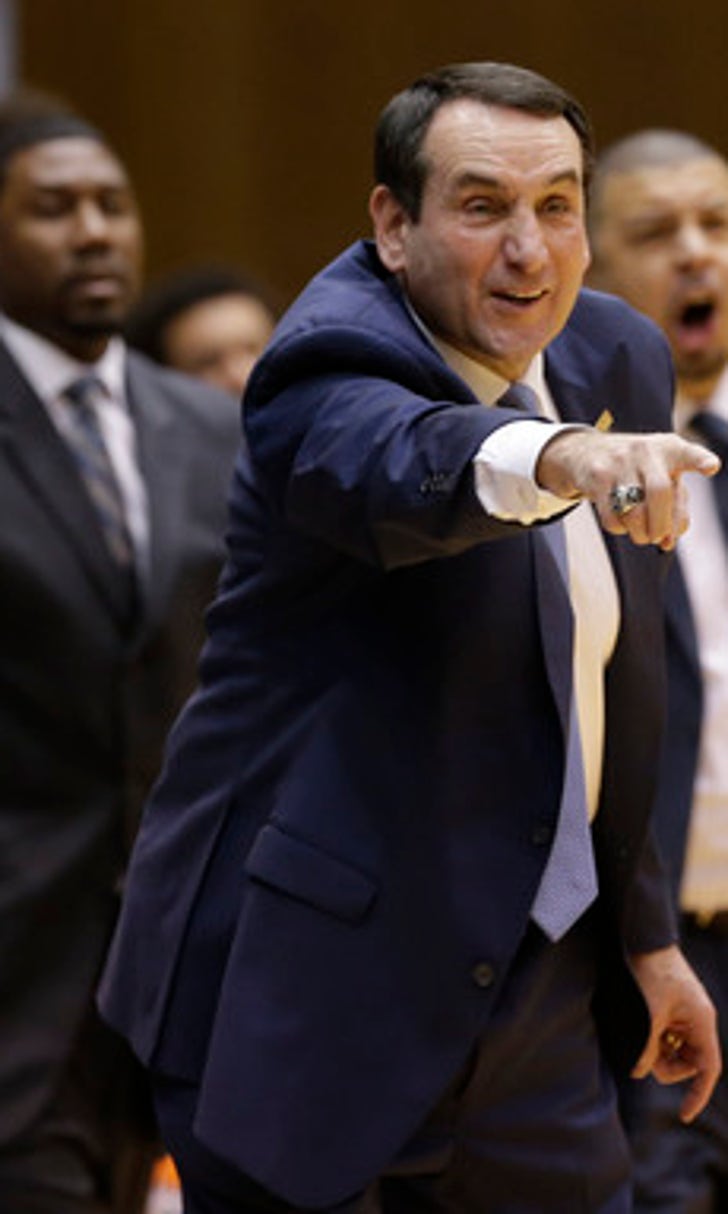 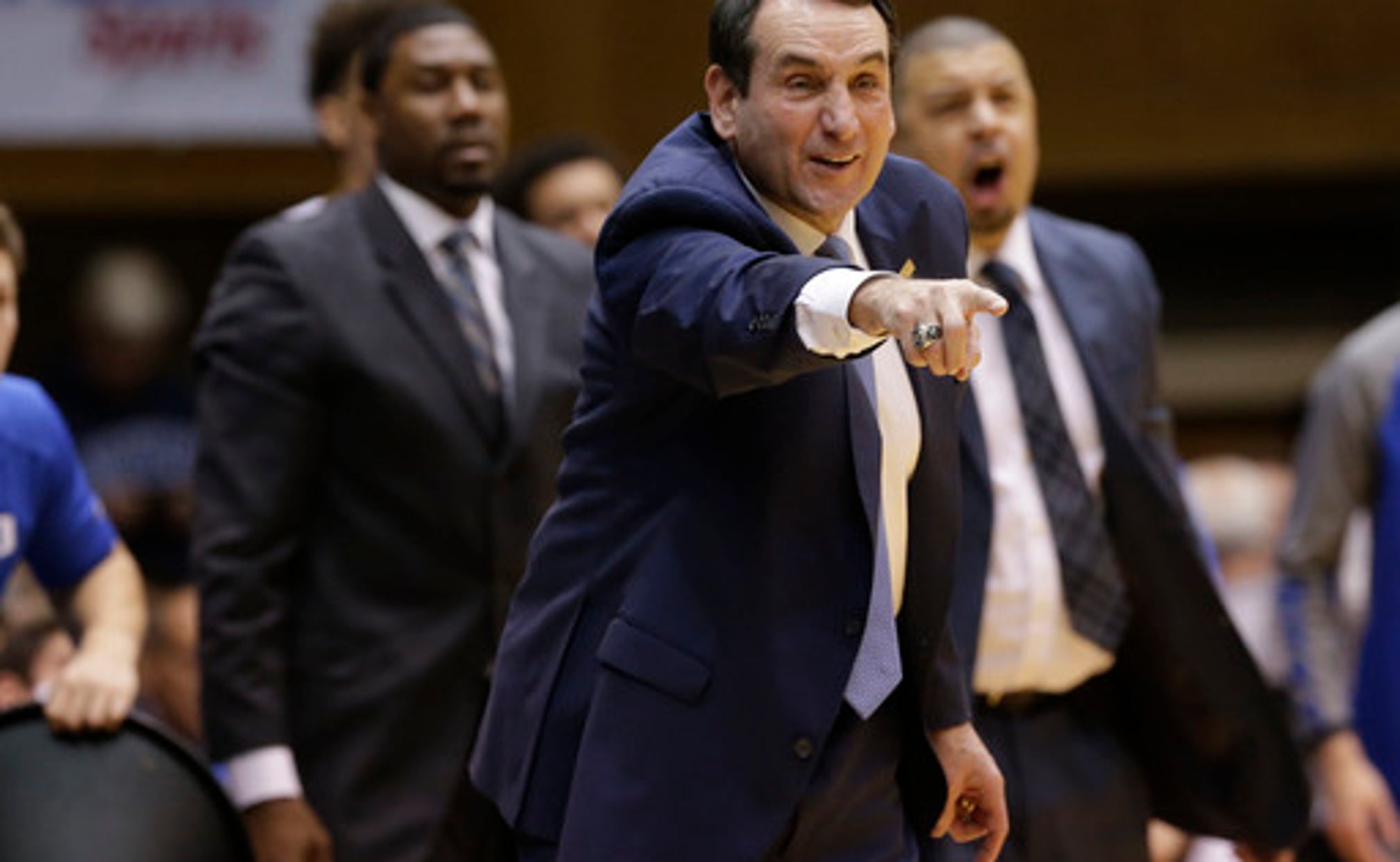 With Krzyzewski back, Duke looks to return to being Duke 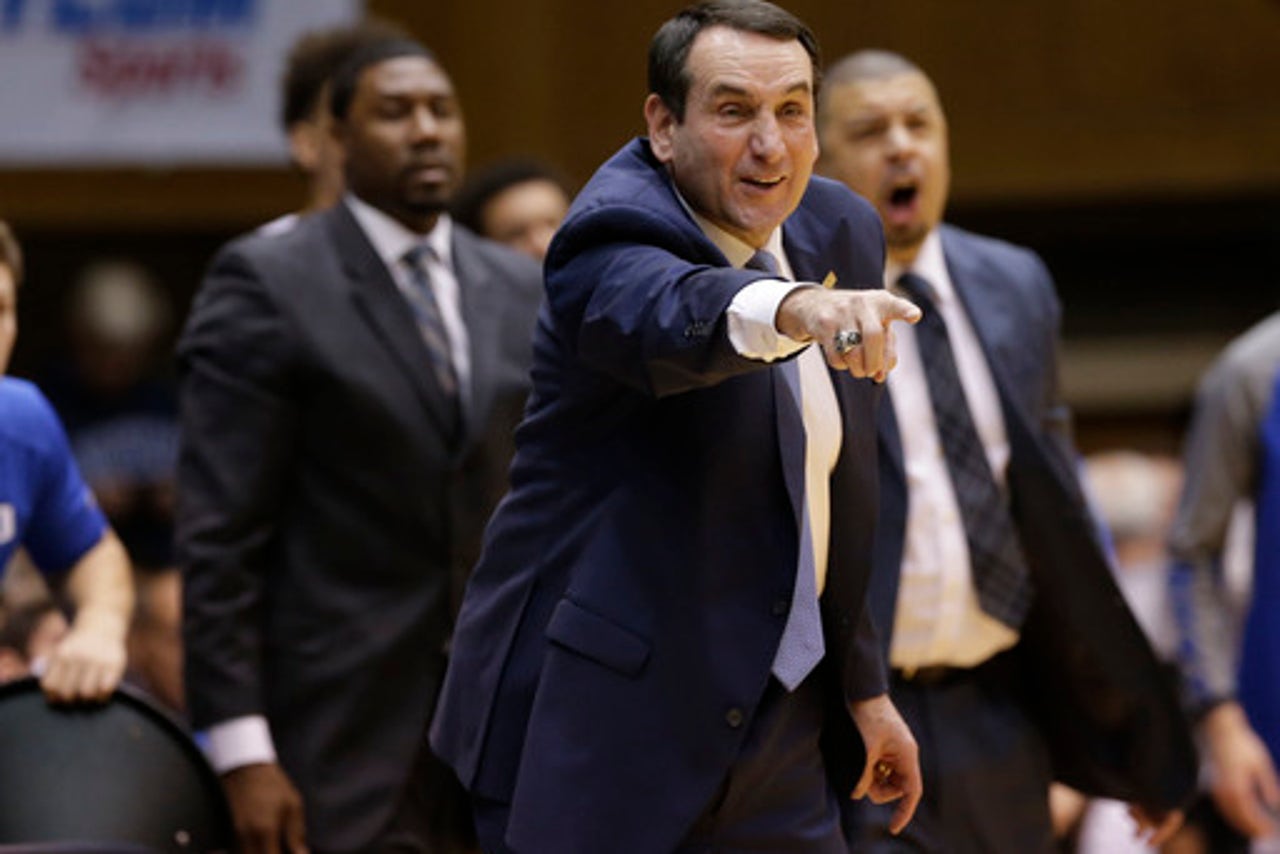 DURHAM, N.C. (AP) Duke is trying to get back to being, well, Duke again.

For the Blue Devils, the first step is getting Hall of Fame coach Mike Krzyzewski back on the bench after he missed a game due to illness.

He'll make his return Saturday when North Carolina State visits, and - with their confidence buoyed by a win without him - the Blue Devils hope that's followed by more wins and, eventually, a return to the Top 25.

''You never want anything bad to happen, but in a way, we're always looking for an opportunity in anything negative that happens,'' guard Grayson Allen said Friday. ''And for us, we've been able to grow and get tougher as a team, and it's something our team has needed.

''We've become a tougher team, become more together,'' he added.

For much of January, Duke (16-6, 5-4 Atlantic Coast Conference) didn't resemble the program that produced five national championships in 24 years, the most recent one coming nine months earlier. These Blue Devils spent seven weeks in the top 10.

With a short bench made even shorter when key forward Amile Jefferson broke his foot, Duke lost four of five and dropped out of the national rankings for the first time since 2007.

Since Jefferson has been sidelined, it's been an undulating run for the Blue Devils. They looked like championship contenders in rallying to beat North Carolina State by 10 points on Jan. 23 - then two nights later were thoroughly dominated in a loss at Miami that knocked them out of the Top 25.

The nadir might have come during the trip to Georgia Tech - because they traveled to Atlanta without Krzyzewski, who remained in Durham after becoming ill following the team meal. Doctors at the university's hospital checked him out and advised the soon-to-be 69-year-old to stay behind.

Freshman Luke Kennard said not having Krzyzewski made him ''a little nervous.''

''Not that we didn't think we were going to win or anything,'' he said. ''When coach is there he makes you feel comfortable when he's there. ... We knew we had to give him a win.''

From the outside, anyway, that didn't appear likely.

Instead, it looked like an untenable position for a team that had lost its coach, its top inside player and four games away from the cozy confines of Cameron Indoor Stadium.

But keyed by seven 3-pointers from Allen and improved second-half defense, Duke rallied for an 80-71 victory.

''The guys that we have in this locker room respond well to adversity, and we are led by people who can coach us through adversity,'' Allen said, referring not only to Krzyzewski but to associate head coach Jeff Capel, who was in charge against Georgia Tech.

''And that always helps, because adversity gives you a tremendous opportunity to grow and get better. You don't always want to learn the hard way, but sometimes that can be good for you.''

In a video posted to the team's website, Krzyzewski said ''that team responded beautifully'' but that he ''expected it.'' He also praised Capel for doing things his own way.

That includes a late switch out of a zone defense to man-to-man - ''that's like the `Duke defense,''' Kennard said, using air quotes - and playing 7-foot-1 freshman Antonio Vrankovic for the first time since Dec. 28.

''In Jeff's case, it wasn't just following a game plan,'' Krzyzewski said. ''He followed his own instincts, and that's what you want. You don't want somebody to try to be somebody else. You want them to be themselves, and that's what I want in our program - to be themselves and have ownership, and they can react in the best possible way, and they were able to do that.''