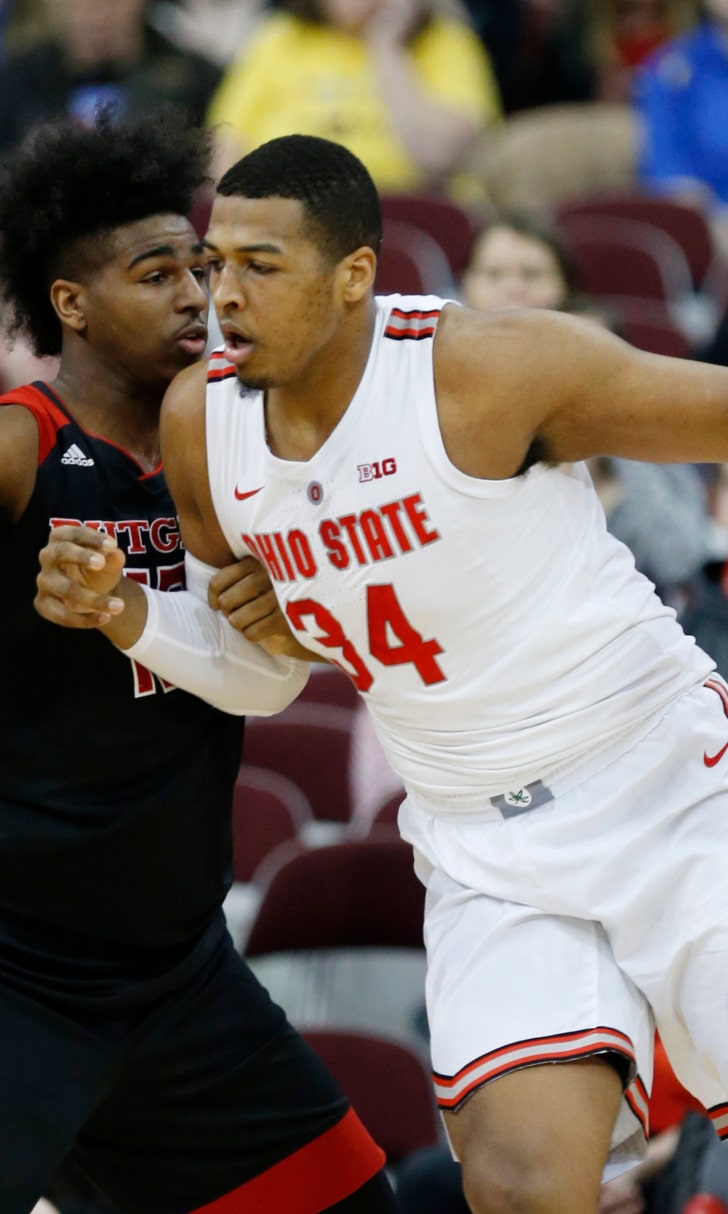 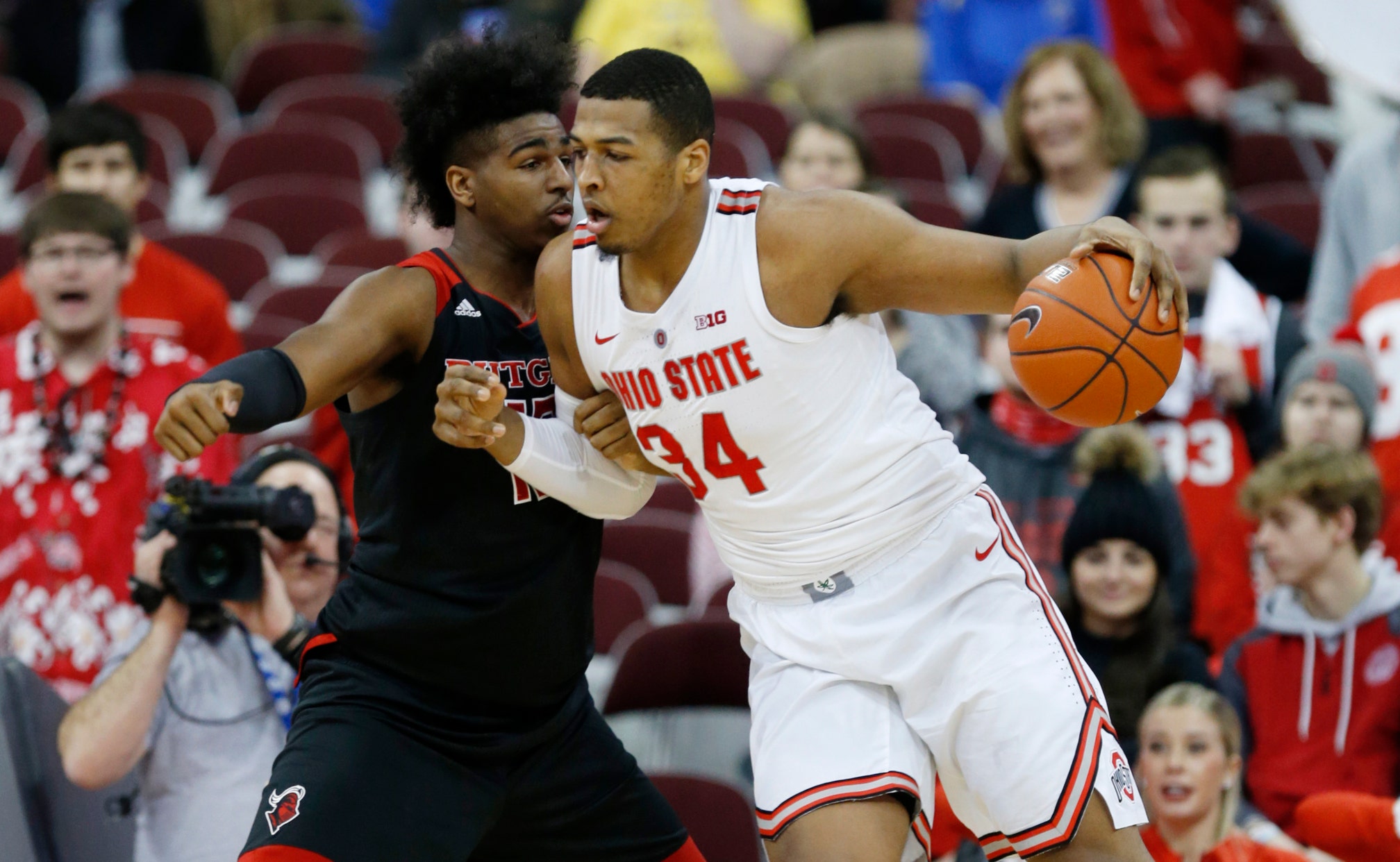 COLUMBUS, Ohio (AP) — The month of January had been unkind for Ohio State and its sophomore center Kaleb Wesson.

The Buckeyes were a woeful 1-6 in January with the typically reliable Wesson averaging just over 11 points and six rebounds in those games.

But Wesson and the Buckeyes got February off to a strong start on Saturday. He had 21 of his game-high 27 points in the first half as Ohio State defeated Rutgers 76-62.

"This was a complete game for us in a lot of ways," said Ohio State coach Chris Holtmann, whose team shot 53 percent from the floor and only had six turnovers. "I was really proud of our older guys. Now, when I'm talking about our older guys, I'm also talking about our sophomores. Shot-making can cover up some things. We made 13 3s and our guys were taking great shots.

"Obviously, Kaleb gave us a great lift offensively. He took what the defense gave him. He was on a roll there. A lot of that was within the flow of the offense."

"I wasn't really paying attention," said Wesson, who also had five assists and four rebounds. "I was just playing. You get lost in the game. My teammates were finding me and I was hitting open shots when I had the chance."

Wesson made back-to-back 3-pointers as well as a baseline jumper during an 11-0 Ohio State run that put the Buckeyes up 15-8 with 12:15 left in the first half.

"You can only take away so many things," said Rutgers coach Steve Pikiell. "I thought (Wesson) was just outstanding today. He got them off to a great start and he kind of carried them."

Muhammad hit a 3 and Wesson made a fall-away jumper late in the half as the Buckeyes clung to a 37-29 halftime advantage.

Jackson then scored 17 of his points in the second half as the Buckeyes went up by as many as 16.

Rutgers: The Scarlet Knights came into the game off a three-game winning streak. That was Rutgers' longest conference winning streak since 2003-04, when the school was a member of the Big East. . Rutgers drops to 2-39 in Big Ten road games over five seasons in the conference.

"This is a great league," Pikiell said. "We have (No. 5) Michigan next at a sold-out RAC (Rutgers Athletic Center). Nothing gets easier. Teams can go on winning streaks and losing streaks in this league.

"Seven of our top 11 players are freshmen or sophomores. We just keep grinding. Rutgers is moving in a good direction."

Ohio State: The Buckeyes faced one Big Ten contender after another for much of January. But their next three games are also against Big Ten teams with losing conference records. . This was Ohio State's fourth game without forward Kyle Young, who is nursing a stress fracture in his right leg.

Rutgers: Hosts No. 5 Michigan on Tuesday.