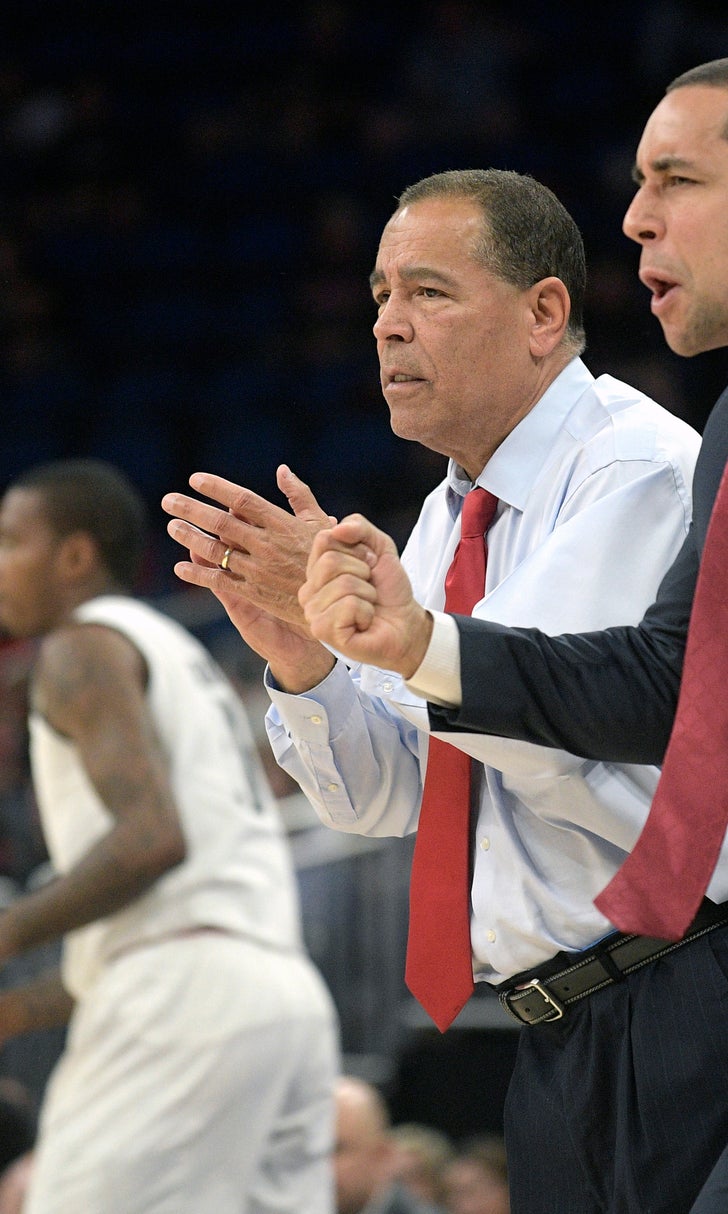 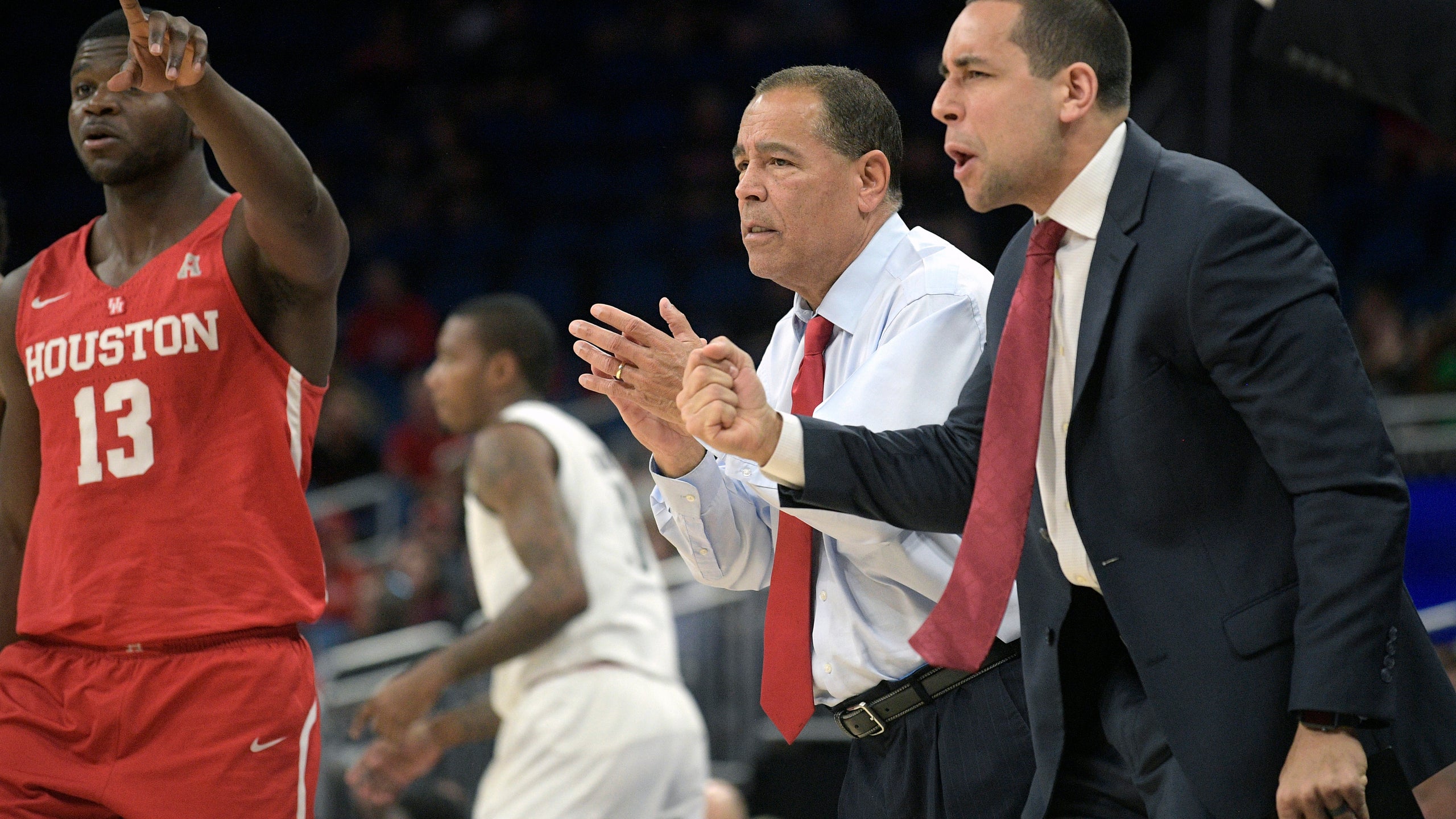 HOUSTON (AP) — When Kelvin Sampson coached at Washington State in the late 1980s his son Kellen and daughter Lauren loved for him to read to them before bed each night.

The only time dad would miss story time was the night before games when he'd meet with his team late to go over film. It was then he decided that instead of spending the evening before games at the gym, he'd bring the team home. The compromise allowed him to get film work done and not miss that precious ritual with his children.

More than 30 years later, it is a practice that's still alive at Houston. The entire team piles into the Sampson house to prepare for the next opponent, eat his wife Karen's delicious homemade chocolate chip cookies and bond like a family.

The routine is something Sampson and his players agree has created an environment of trust, an integral ingredient in the ninth-ranked Cougars' success this season.

Sampson has turned Houston into a power and revived a career that was derailed by NCAA violations regarding impermissible calls to recruits at both Oklahoma and Indiana. Those violations resulted in a five-year show cause order from the NCAA that kept Sampson, who took Oklahoma to the Final Four in 2002, out of college coaching until he was hired at Houston in 2014.

The Cougars are ranked in the top 10 for the first time since the 1983-84 squad ended the regular season at No. 5, and they have won a nation-best 32 straight home games. Houston has won 10 in a row since its only loss at Temple on Jan. 9.

Sampson knows 18- to 21-year-old college students have a lot going on outside of basketball, but for him every day is a chance to show players their importance to him.

The players beam when the visits to Sampson's house are brought up and wouldn't stop talking about Karen's cookies, which one player said he "loves dearly."

"That's tradition," leading scorer Corey Davis Jr. said. "We go there before every home game, eat those amazing cookies, spend some time with each other, just sit down and talk. It really feels good. It feels like a family."

It also feels like the program is back, and it's not out of line to talk about returning to the hallowed days of the Phi Slama Jama teams led by Hakeem Olajuwon, Elvin Hayes and Clyde Drexler in the 1980s that reached the Final Four in three straight seasons.

Galen Robinson Jr. knows Houston's rich history well even though it came more than a decade before he was born. And having grown up in Houston, he takes special pride in helping bring the Cougars back into the national spotlight after years of struggles.

"I knew it was a drought and I knew that coach Sampson was going to be the coach to get us over the hump," Robinson said. "And when the rankings were released and it said we were the highest-ranked Houston team since Phi Slama Jama, to even be in the same sentence with Phi Slama Jama, that's basketball royalty. And to be able to bring life back to Houston basketball, it's priceless."

Sampson last year guided Houston to its first NCAA appearance since 2010 and the Cougars fell one win short of the Sweet Sixteen on a buzzer-beating 3-pointer by Michigan. So it was back to the drawing board. He said he loves the sense of responsibility each member of his team has in representing the school on and off the court.

"We work at chemistry," he said. "We weed out egos and prima donnas and entitlement. That's the first thing that's got to go ... you're walking into an environment where the most important thing I could teach these kids is that they're playing for something bigger than you."

Armoni Brooks, who is second to Davis on the team in scoring, has bought into Sampson's philosophy because he believes his coach is always "looking out for your best interest."

"He'll always do what he feels like is right for the team," Brooks said. "And we all have that in our hearts in the first place and we just want to help the team succeed in any way possible."

Davis recalled Sampson's honesty during a recruiting trip and said he found it refreshing.

"On my visit we were sitting in the practice facility and he said: 'I'm just going to let you know right now that you're walking into a guard-heavy situation so you're going to have to earn every minute you play,'" Davis said. "And I looked at him and it took me aback, but that's the moment where I was like: 'OK this is where I need to be.'"

Just as Sampson has seen Kellen and Lauren grow into adults working on his staff, he has seen his basketball family grow and mature throughout the season.

The Cougars say they are far from done. They have their eyes on not only matching Phi Slama Jama's success, but exceeding those teams by finally bringing a national championship to their sparkling new facilities in the shadow of downtown Houston.

"We're not satisfied with where we are," Brooks said. "We're still hungry. We've still got a lot more to prove and we're going to keep playing with that chip on our shoulder."