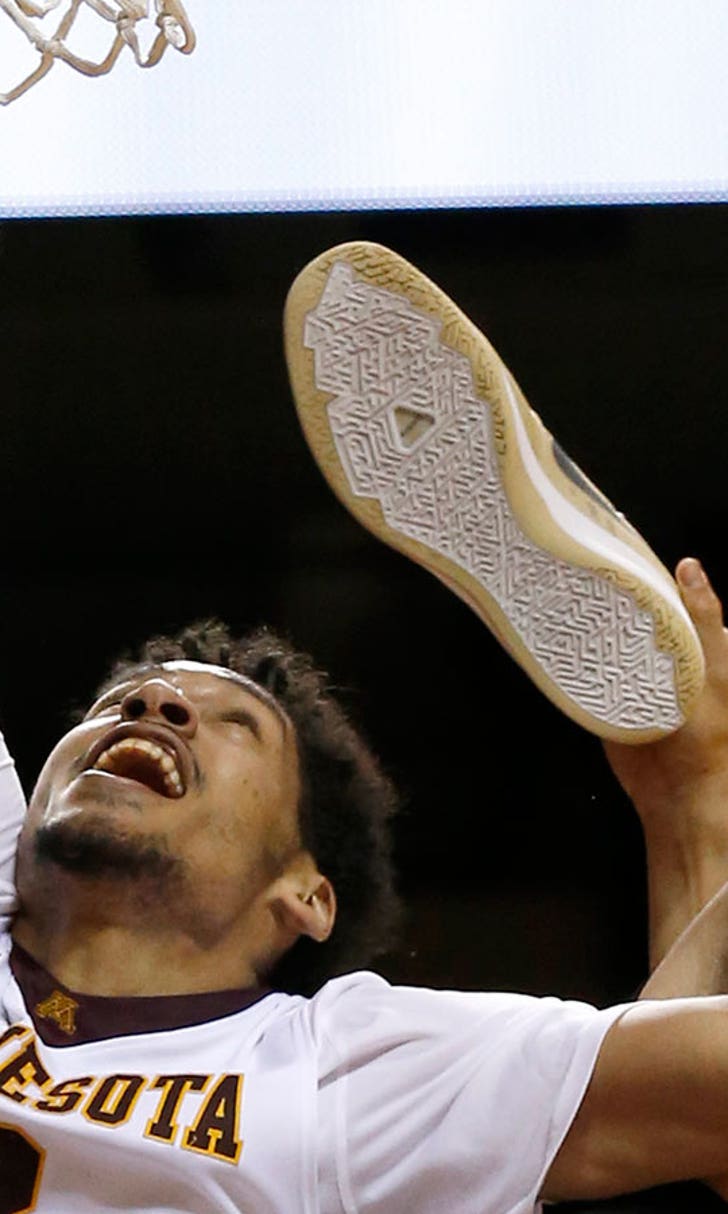 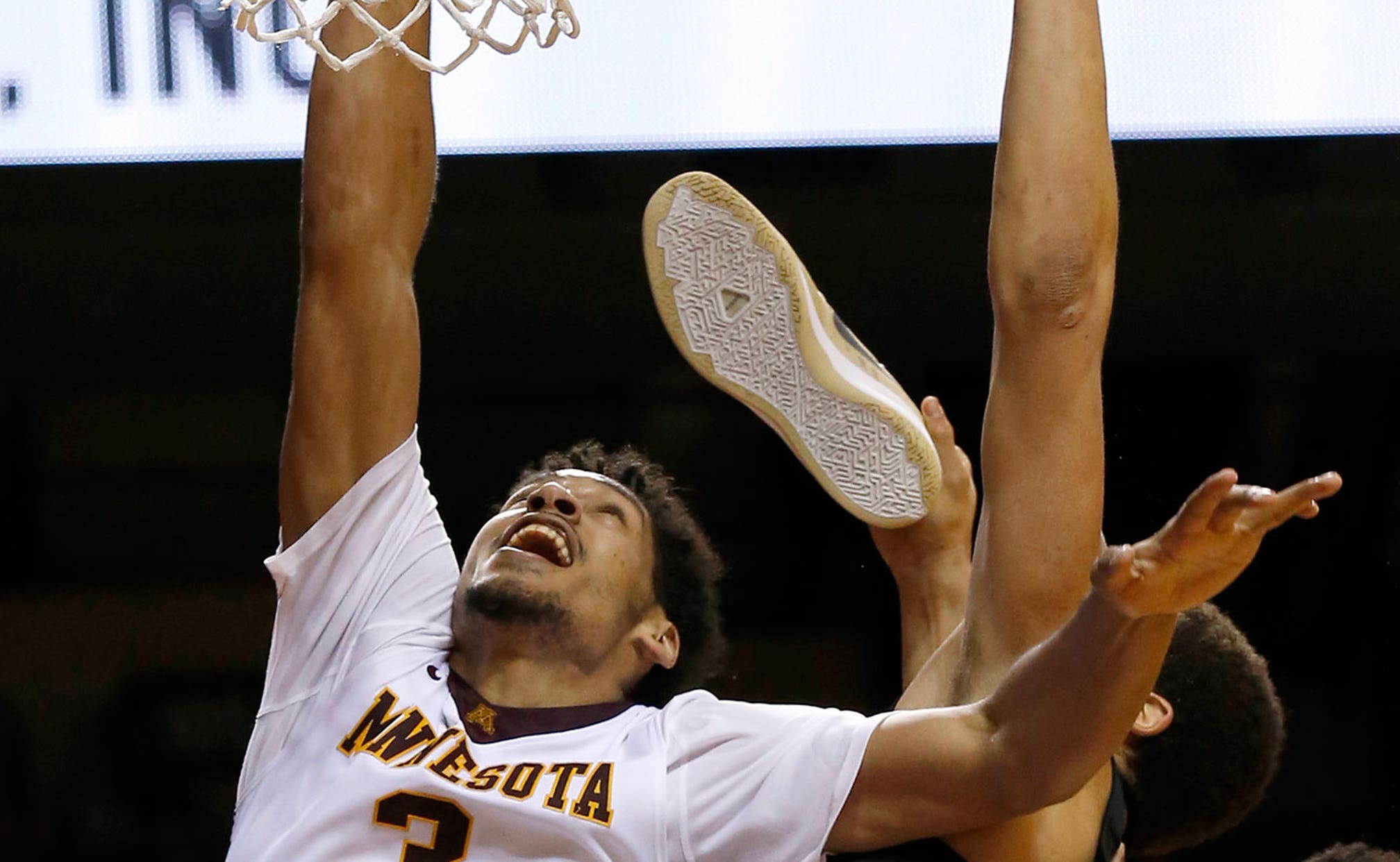 Purdue's A.J. Hammons pulls in rebound you have to see 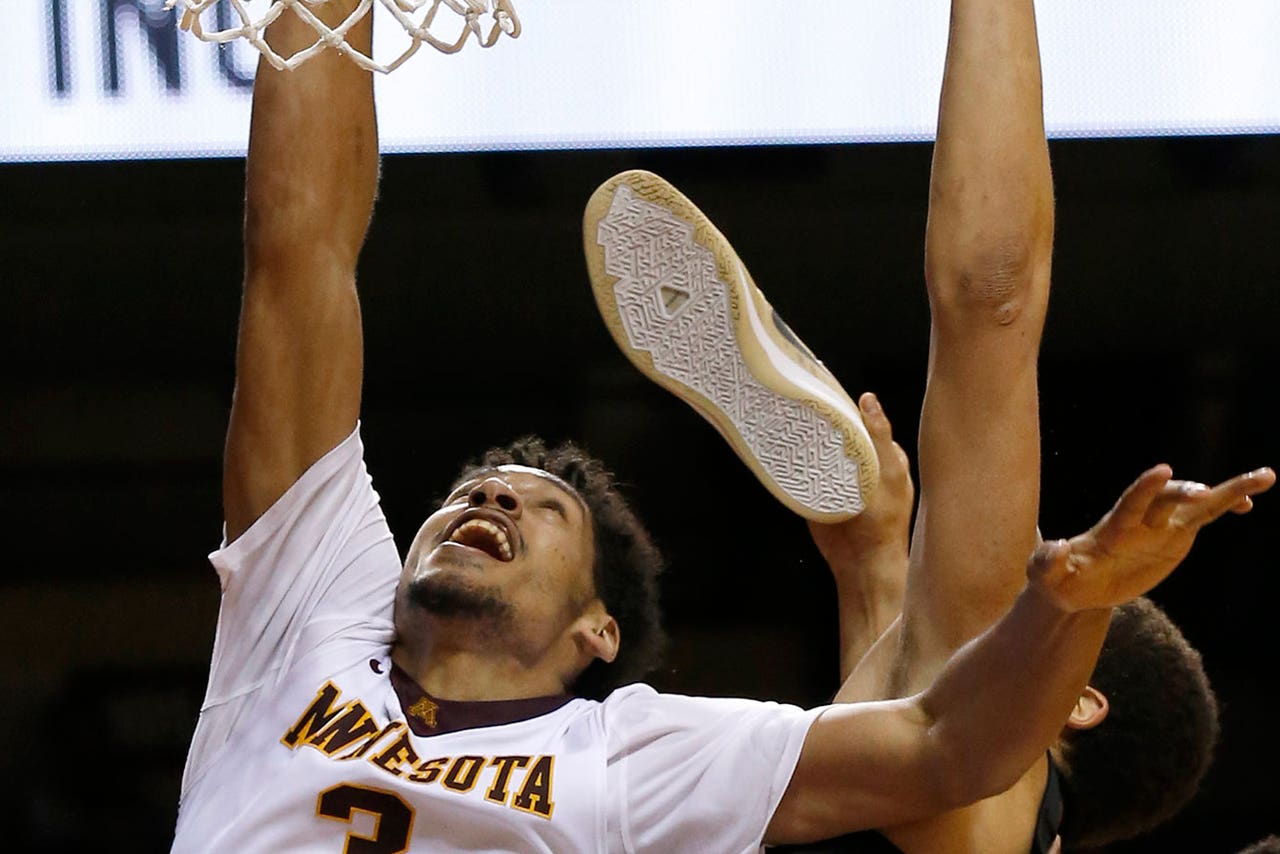 During the second half of the Boilermakers' 68-64 win at the Minnesota Gophers on Wednesday night, the Purdue center made a unique one-handed rebound. At the time, the Boilers led 59-54 with 4:56 to go.

In the below video, Hammons can be seen picking up his lost shoe inside Purdue's free-throw circle before running down the floor and pulling in a rebound with his free hand.

One shoe. No problem! @Boilerball's A.J. Hammons gets a rebound with one shoe on, and the other in his hand! https://t.co/t46tqM7YmC

Hammons finished with eight boards and 16 points for the 21st-ranked Boilermakers, who improved to 18-4 and 6-3 in the Big Ten.