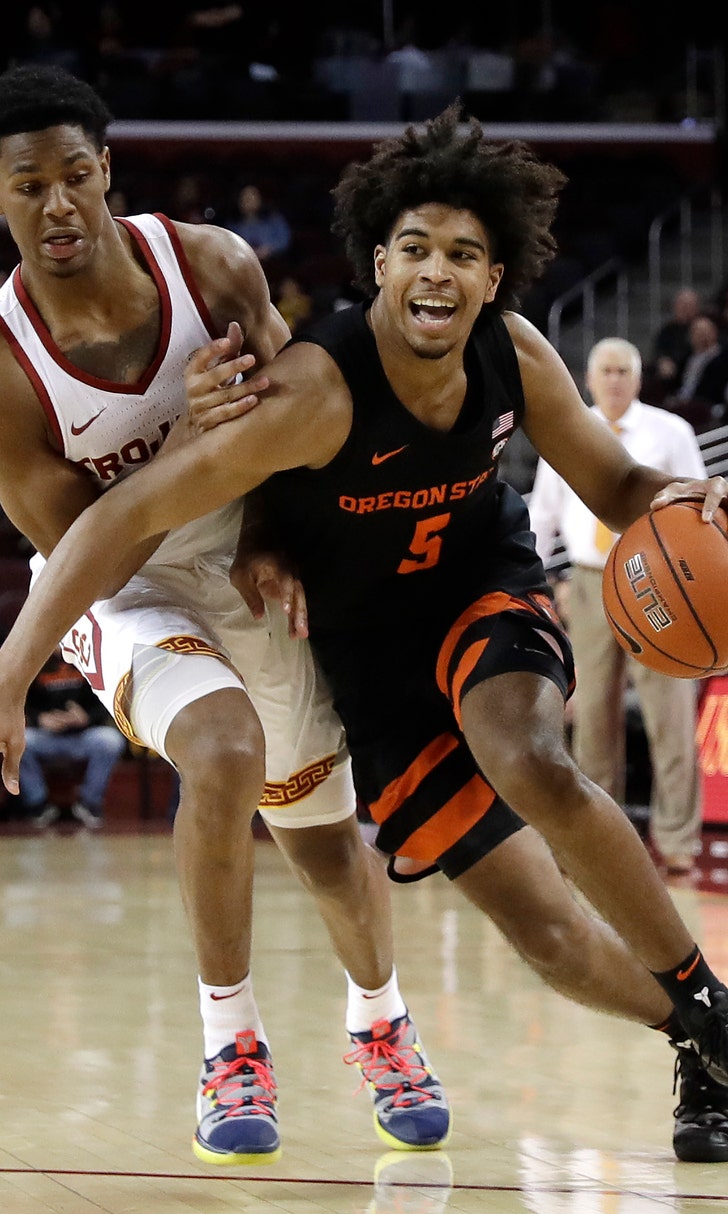 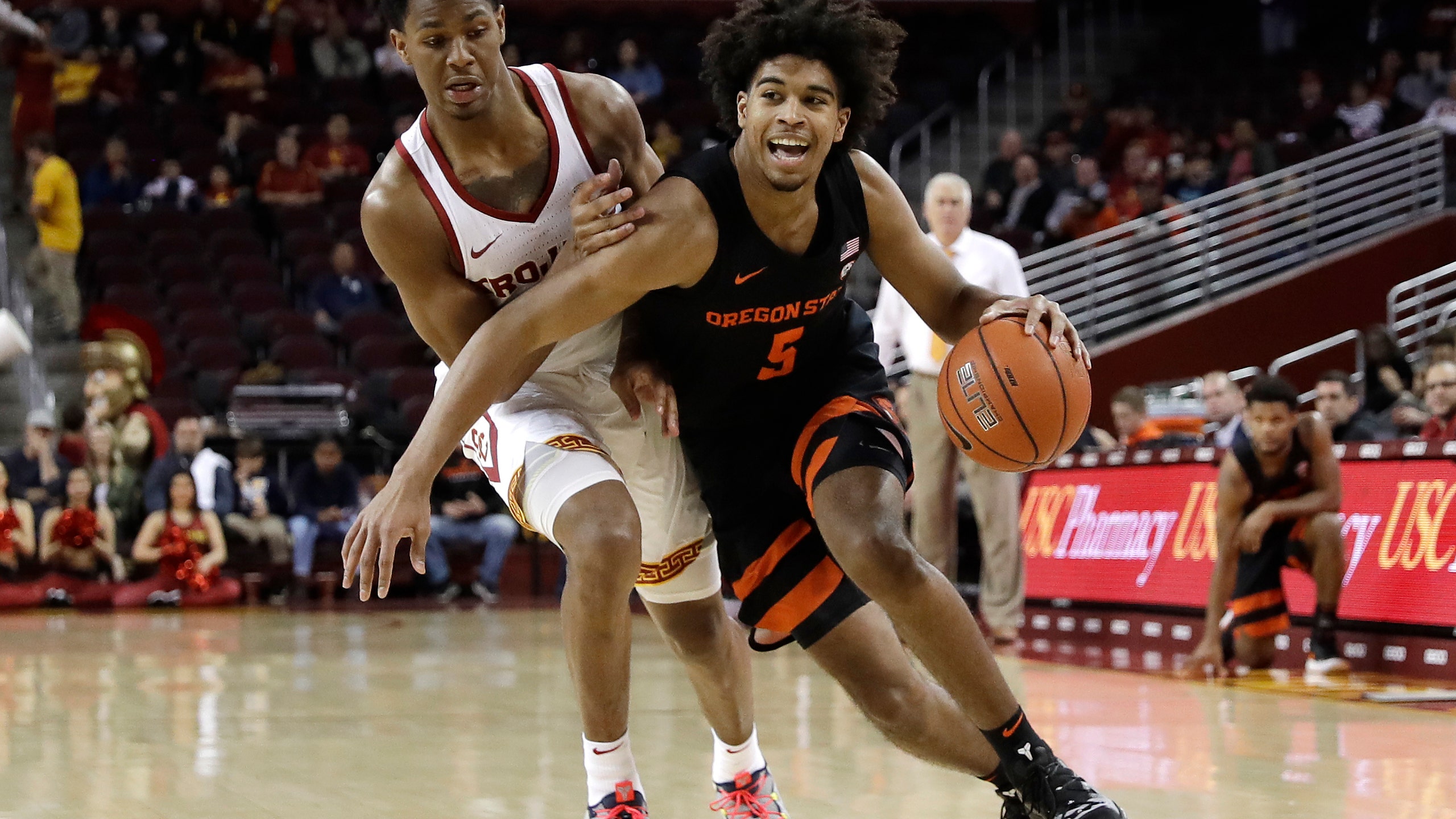 LOS ANGELES (AP) — Oregon State took a big step toward possibly getting a first-round bye for the Pac-12 tournament.

The Beavers took control of Saturday's game against USC in the final three minutes as they defeated the Trojans 67-62. The win moves the Beavers (17-9) into a tie with Arizona State for second in the conference at 9-5. More importantly, they solidified their chances of not having to play in the first round on March 13 in Las Vegas.

"It's a huge win. It would have been a real blow to come on this trip and lose two and fall to the middle of the pack," Oregon State coach Wayne Tinkle said.

Stephen Thompson Jr. and Kylor Kelley led the Beavers with 15 points apiece. Thompson Jr. did most of his work early, scoring 11 of Oregon State's first 18 points while Kelley was a point shy of tying a career high set earlier this season against Kent State.

Oregon State trailed by 12 on Thursday night at UCLA before rallying and falling short 68-67. Saturday's game on the other side of Los Angeles at the Galen Center was the opposite. The Beavers led most of the way, but saw USC come back to take a 56-55 lead with 3:54 remaining. Oregon State though would regain control with 10 straight points.

"Defensively we were able to get rebounds and we were getting to their shooters," said Kelley, whose dunk with 3:35 remaining put the Beavers up for good.

Oregon State missed three of its first four free throws but was 14 of 15 the remainder of the game, including a stretch where it made all 10 the final 2:44. Tres Tinkle, who had 14 points, 13 rebounds and seven assists, had six points at the line down the stretch as Oregon State swept the season series for the first time in five years.

"We didn't freak out and talk about the other night. It's move on to the next game. If we got this win, it would be a great trip," Wayne Tinkle said. "This team is showing great progress and maturity."

Jonah Mathews led USC (15-13, 8-7) with 15 points and Bennie Boatwright added 13 in his final home game. The Trojans had their share of open looks but were 8 of 27 on 3-pointers and missed all six of their free throws. It marks the first time in school history the Trojans have not made a foul shot.

"I've never been in a game where we didn't make a free throw. I don't know what to tell you," USC coach Andy Enfield said. "We just missed so many open shots. We have to shoot better to beat a team like that."

The loss also puts the Trojans as one of at least five teams with seven conference losses. They have slim hopes of a tournament bye with their last three games on the road.

The Beavers led by as many as 10 in the second half and were up 51-44 with 8:53 remaining when the Trojans went on a 12-4 run. Mathews had seven points, including a 3-pointer that gave the Trojans a short-lived, one-point lead.

Oregon State led most of the first half. Ethan Thompson's layup put the Beavers up 22-16 with 9:34 remaining before USC scored seven straight points to hold a brief advantage. Oregon State would counter with a 6-0 run and went into halftime with a 31-27 lead.

Oregon State: It is the first time the Beavers have won at least four conference road games in a season since 1992-93.

Nick Rakocevic leads the Pac-12 in double-double games with 13, but the USC center struggled in both meetings against Oregon State. Rakocevic had his worst game in conference play as he was in foul trouble most of the game and finished with four points and four rebounds in 10 minutes. The junior had eight points and seven rebounds in the first meeting on Jan. 10.

USC: Travels across town to face UCLA on Thursday.